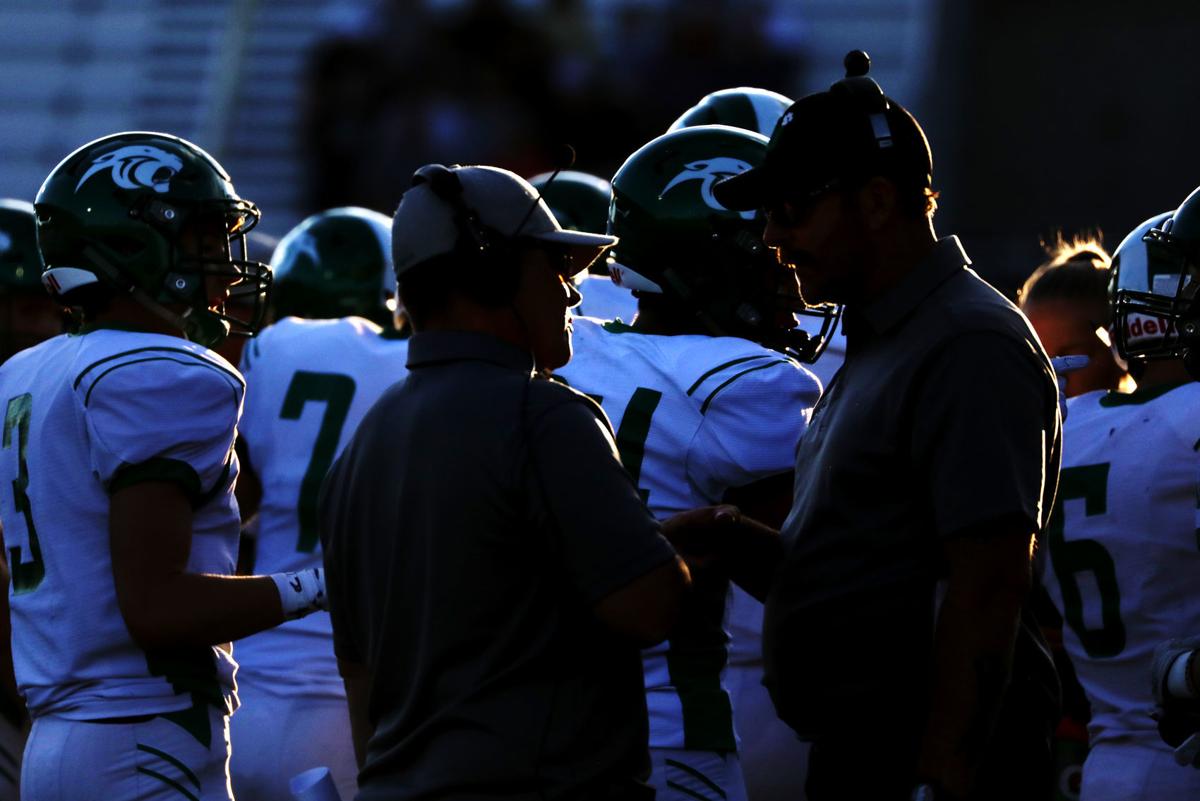 Coaches for Belgrade High School talk on the sidelines on Friday evening during the Panthers' first game in class AA high school football. 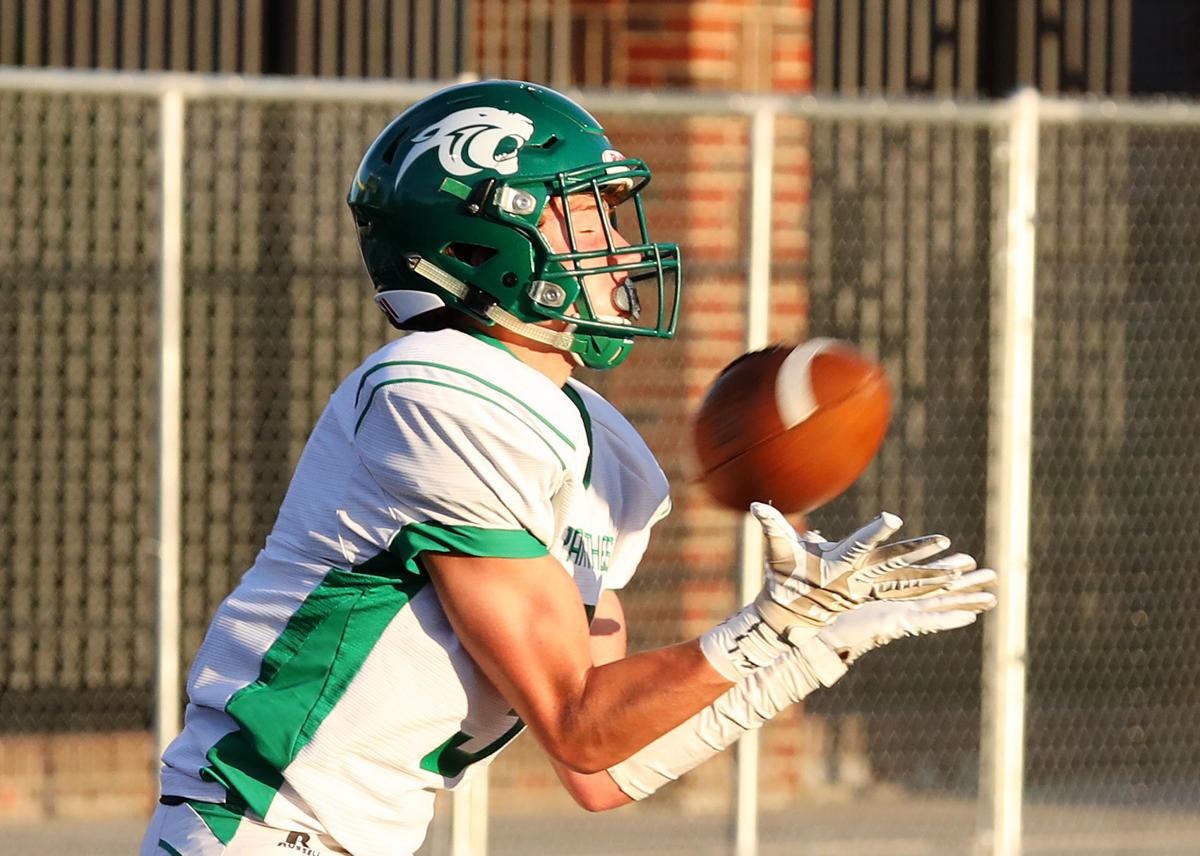 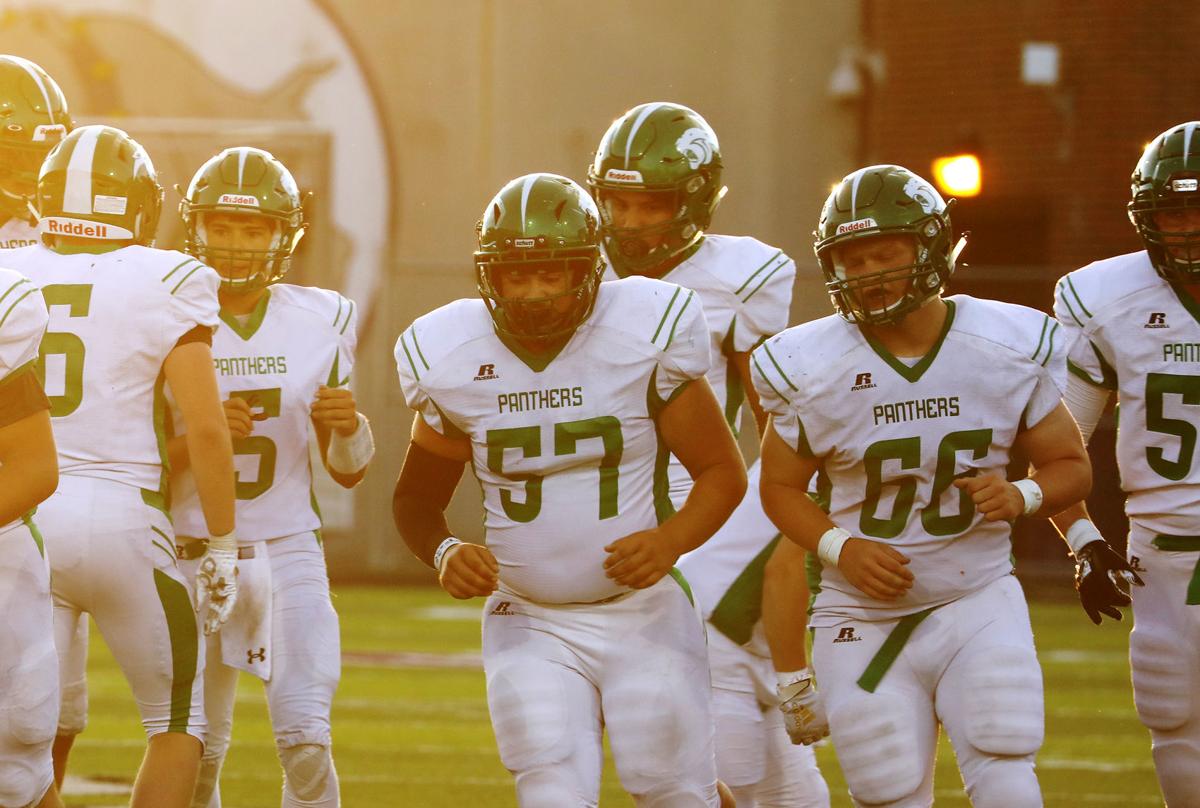 The Belgrade Panthers take to the field during their first game as a AA high School.

Coaches for Belgrade High School talk on the sidelines on Friday evening during the Panthers' first game in class AA high school football.

The Belgrade Panthers take to the field during their first game as a AA high School.

BUTTE — Belgrade may not have got a win in its first-ever Class AA football game on Friday night in the Mining City, but it did make history.

With the opening of the athletic season, Belgrade is the first high school in Montana history to play in all four high school classifications — Class C, B, A and now AA. They have found success at all levels and while they are the smallest AA school by enrollment, it likely will not be that way for long.

Gallatin County has absolutely exploded in size and Bozeman school district’s newest high school, Gallatin High School, will open next year. The area will suddenly have three Class AA schools, a feat only really matched in the state by Billings and Missoula.

It was inevitable and everyone in Belgrade knew it.

Specifically in sports terms, Belgrade has been impressive with one of the best softball programs — at any classification — in the state, as well as fielding standout soccer, volleyball, basketball and track teams.

Football has had success too and if the Panthers performance against Butte is any indication, the team will be fine long term. Belgrade fell by 26 points to the Bulldogs, but were only trailing by 14 deep into the third quarter.

After Butte went up 20-0 in the first 10 minutes of the game, the Panthers managed to fight back. There was not much discrepancy in the size or talent of the players on either side. In fact, Butte just had a few more bodies on its roster which was probably the biggest difference.

“It’s still football, there’s still 11 people out there,” Belgrade junior Tate Bowler said. “They have more people to choose from, I guess. I thought we did good, we just shot ourselves in the foot a few times. We finish drives and we’re in that game, I feel like.

“I’m happy with how we played.”

Kinnaman was too. He feels there are plenty of things to work on, but the coach said he was pleased with the effort.

He also saw the future of Belgrade High School in Naranche Stadium.

“You look at Butte, you see the field we’re standing on, that’s where we need to get as a AA school. We have nice things, but you look at this stadium here in Butte, it’s beautiful,” Kinnaman said. “That’s what we’re striving for with all our facilities and everything in our school, our kids, our athletes. I think that’s what it means to the community.”

It is hard to tell what Belgrade’s football record — or in any sport, for that matter — will be this year, but they will be competitive. And as the years pass and as the large cities in Montana continue to grow and split their school districts further, it seems things will only become more balanced.

In any case, it is an interesting study in how the Treasure State is growing and changing as we reach the quarter century mark of the 2000’s.

One thing is for certain — it is a very different time than when the Belgrade School District was established in 1891.

BUTTE — For the first time since 2016, Butte is 1-0 after winning its season opener.