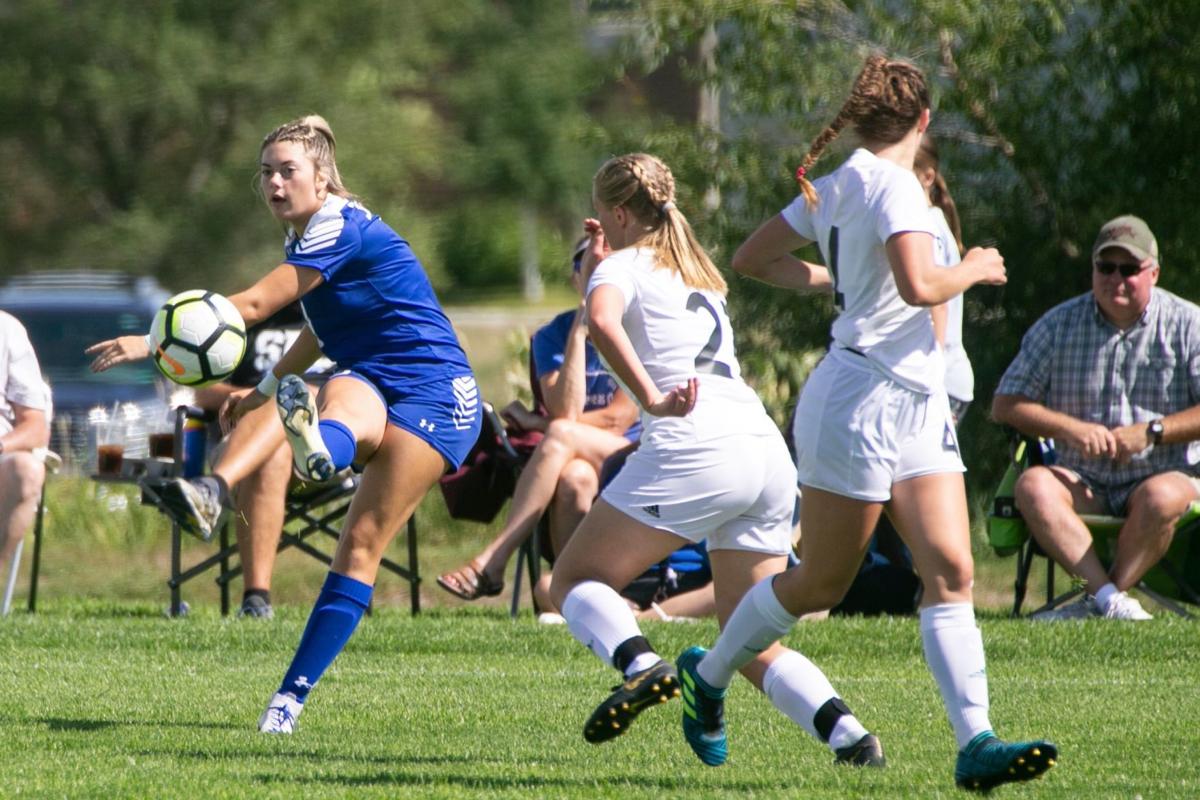 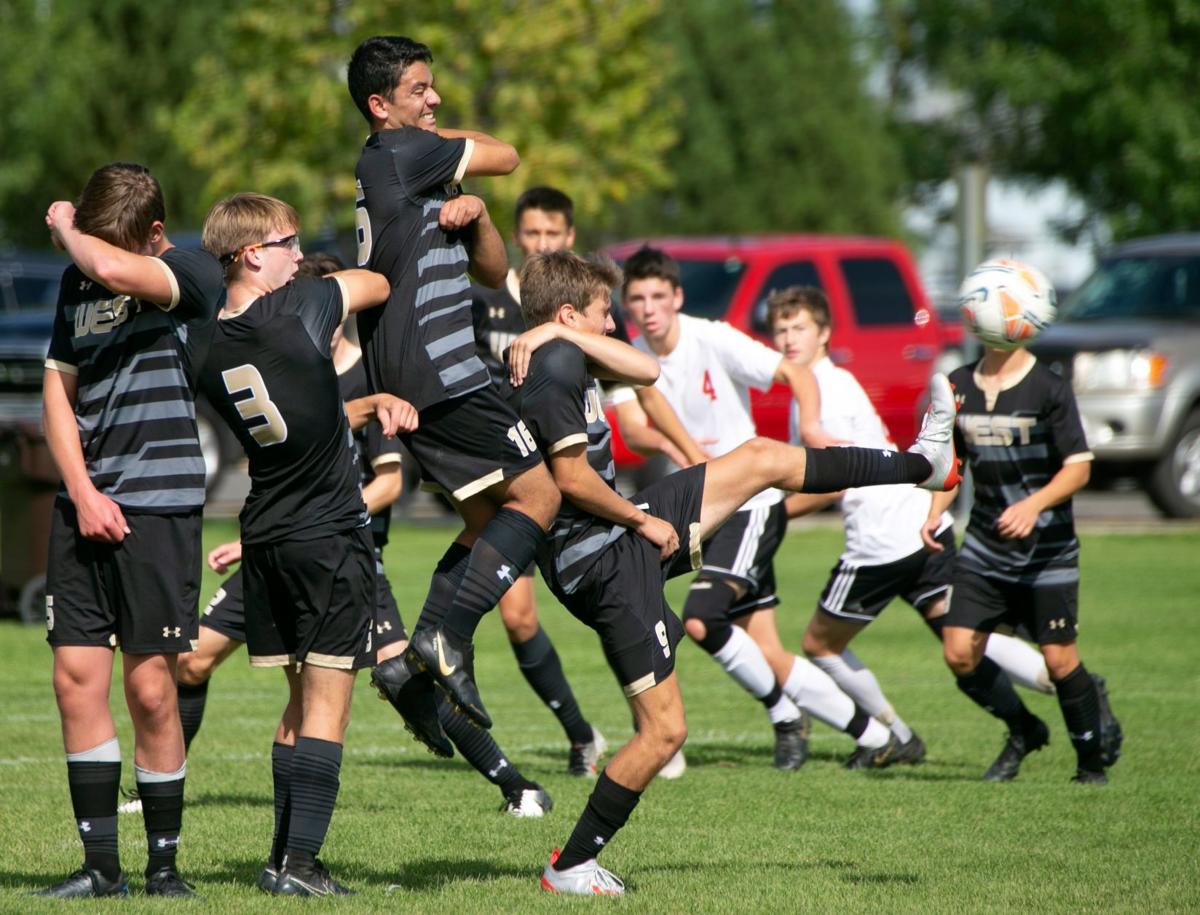 Billings West defenders go up to block a free kick during their match against Bozeman Saturday at Amend Park.

Billings West defenders go up to block a free kick during their match against Bozeman Saturday at Amend Park.

BILLINGS — There are at least two things the Belgrade girls soccer team has quickly learned as it navigates its way through a Class AA schedule this year: it’s a grind, and the Panthers seemingly fit right in with the rest of the Eastern AA.

A 5-0 loss Saturday at Amend Park to defending AA champion Billings Skyview dropped the Panthers to 2-2-0, but about 24 hours earlier, Belgrade scored a late goal to beat Billings Senior 3-2. So, in the span of 24 hours, those a previously mentioned experiences were on display in back-to-back matches.

“We’re finding out there were more times last year where we could have recovery, practice and prep,” Belgrade coach Carl Bridwell said. “And now it’s a few (back-to-back), or Thursday-Saturday or Saturday-Tuesday and that means our conditioning has to be there.

“We have a pretty thin squad. We have 15 girls. But they’re also learning that grittiness.”

Belgrade was moved from Class A to Class AA this school year, and, so far, girls soccer is the only Panthers’ program to get into the win column. The Panthers defeated Great Falls and Senior after losing to Great Falls CMR.

Saturday’s loss was the first time that Belgrade hasn’t been competitive in an Eastern AA match.

“They’re strong,” said Skyview coach Cameron Icenoggle, who was more than aware of Belgrade’s win over Senior the day before. “But they had a tough schedule. I think that’s one part of the AA is that at some point everybody hits a really hard stretch and you just have to survive it.

“So getting their result (Friday against Senior) was really big for them. I didn’t see a team that was out of their league, out of their depth. I think they’re going to do really well.”

Belgrade’s girls came to the Eastern AA out of a very strong Eastern A division that included Billings Central and Laurel. Those two programs have combined to win the last 11 Class A championships, and Bridwell credited the Rams and Locomotives for preparing the Panthers for the move up.

“When we drove here today, we reflected on, like, they helped us get to this point,” Bridwell said. “We don’t feel we were just put into AA, we fell like we were promoted to AA.

“I think that’s a big thing for all of us. We’re not just here. It’s a new game each day. We don’t know the league, basically, but with every single game we’re learning we can compete. We can play.”

It was a busy day Saturday at Amend Park. Some of the highlights:

• Skyview’s girls moved their unbeaten streak to 20 with the win over the Panthers. The Falcons went 15-0-0 on their way to last season’s title, and are 3-0-2 this season (counting a nonconference win over Great Falls CMR) with back-to-back draws to Bozeman and Billings Senior. Icenoggle said Saturday’s result was partly due to a less complicated game plan. “I think I had put the emphasis on stuff that was too next-level, versus saying let’s re-start and build back up to a really high level again,” he said. “We started a little bit too far up the ladder, if that makes sense, in terms of what we want to get to.”

• Skyview’s boys rebounded from back-to-back losses by beating Belgrade 6-0. Aidan Morgan scored about a minute into the match and the Falcons (1-2-1) went on from there.

• Bozeman’s girls kept pace with Skyview by blanking Billings West 2-0. The Hawks improved to 2-0-1 in the Eastern AA.

• Riley Krueger-Harding scored for Billings West just moments after the second-half kickoff for a 2-1 lead over Bozeman before the Hawks scored three consecutive goals for a 4-2 win. Bozeman moved to 3-0-0 in the Eastern AA, while West is 0-1-1 ahead of Tuesday’s match with Billings Senior.