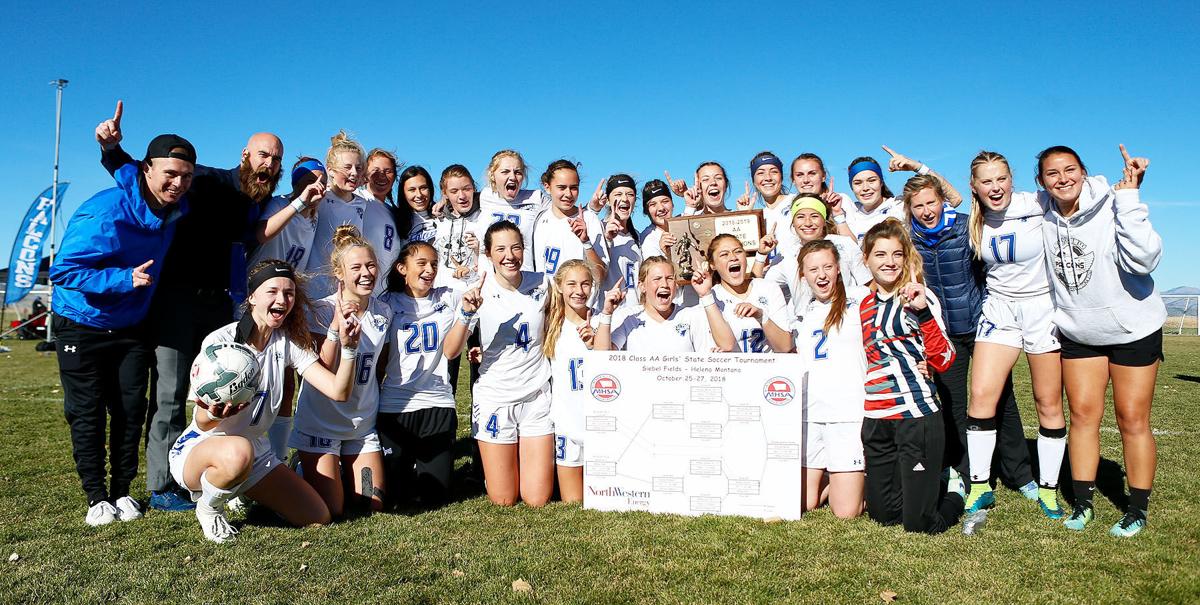 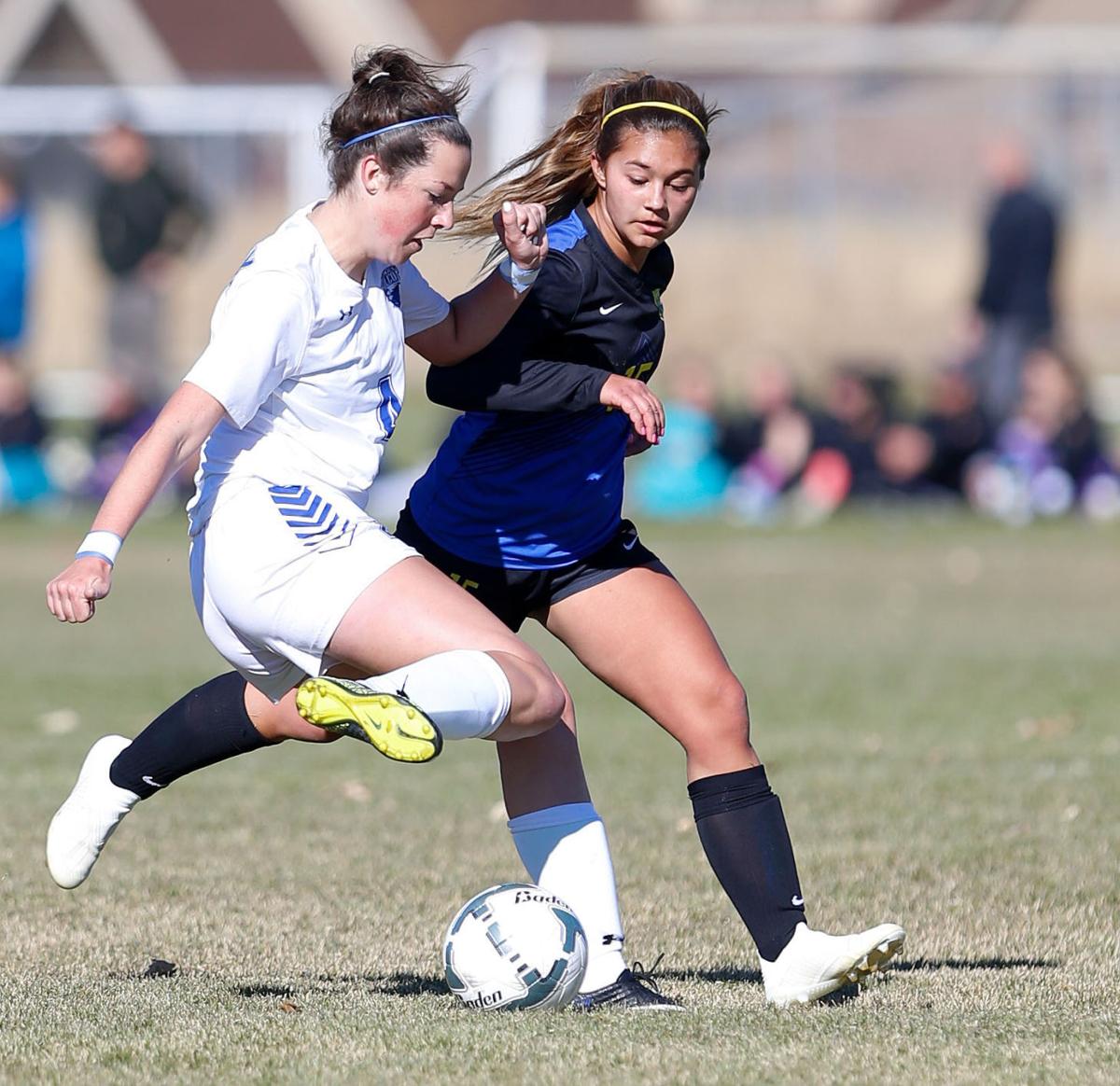 But as the seconds ticked down and the Falcons could sense the dream of a perfect season was becoming a reality, they knew it was much more.

When the whistle sounded, Skyview not only celebrated a 6-0 win at the Siebel Soccer Complex but an unblemished record and its first state championship in more than 25 years.

“This is unbelievable,” Icenoggle said. “Every day I told them to play with passion, to play with creativity and to play with courage. They did all three of those at a level I have never seen. No moment is too big for this group.”

Skyview had no problem scoring in the first game on Thursday, but struggled Friday in an overtime win. The Falcons didn’t waste any time finding the net in the championship game.

In the sixth minute, junior Jordan Roe found Ashlyn Braun for the early lead. Twelve minutes later Halle Labert sent a free kick in front of the goal to Braun as she scored her second goal of the game.

“Coming in with a game like this that has the two top scoring teams in the state, we said we were the top defensive team and let’s get out early and we know we can keep them at zero,” Icenoggle said.

Big Sky had chances to respond as Whitney Morrison pushed the ball up pitch but was intercepted right in front of the box. Minutes later Morrison sailed her first shot toward the goal but ended up sailing right of the goal.

The Eagles has another opportunity as Grasey Szwedkowicz got past the goal keep but her shot was wide. By the end of the first half, Big Sky was looking at a 2-0 deficit, but coach Courtney Shields knew it was manageable.

“I told them statistically a 2-0 lead is the most dangerous lead to have and I knew we just had to play our game and do what we do and that is play Big Sky Eagle soccer,” Shields said.

Skyview kept its momentum during the second half as its offense pushed forward even more.

Roe’s free kick found Kayla Mader who cleared it to Julia Mader for the quick goal after halftime. Minutes later Halle Gertsch scored on a breakaway to put the Falcons ahead 4-0.

“We were just able to connect from everybody,” Roe said. “It was a team effort.”

Even though Skyview held onto a commanding lead, it never stopped as Roe got involved with the scoring. She scored her first goal in the 59th minute and added one more in the 72nd minute.

“I want to say every game she has either had a goal or an assist for us,” Icenoggle said. “She is so explosive and just a phenomenal player and it was in full display today.”

While happiness came from the Falcon’s tent, Shields had nothing but love to say about her team’s performance.

“There is obviously disappointment but what a tournament we had," Shields said. “I have absolute respect for Skyview. They are a good team.”

The Eagles finished their season improving their record by seven wins and will only graduate four players this spring.

Spartans senior Ashley McElmurry gave Sentinel the early 1-0 lead when she scored in the 11th minute but Billings West came roaring back with two goals by Amaya Winkler in the 12th and 23rd minutes to win the game.

Both of the Knights goals came off of penalty kicks from senior Madison Winters. She scored her first goal in the 20th minute followed by the second in the 39th minute.

Senior’s only goal came in the 46th minute when freshman Eliza Bentler scored on a pass from Sarah Maynard.