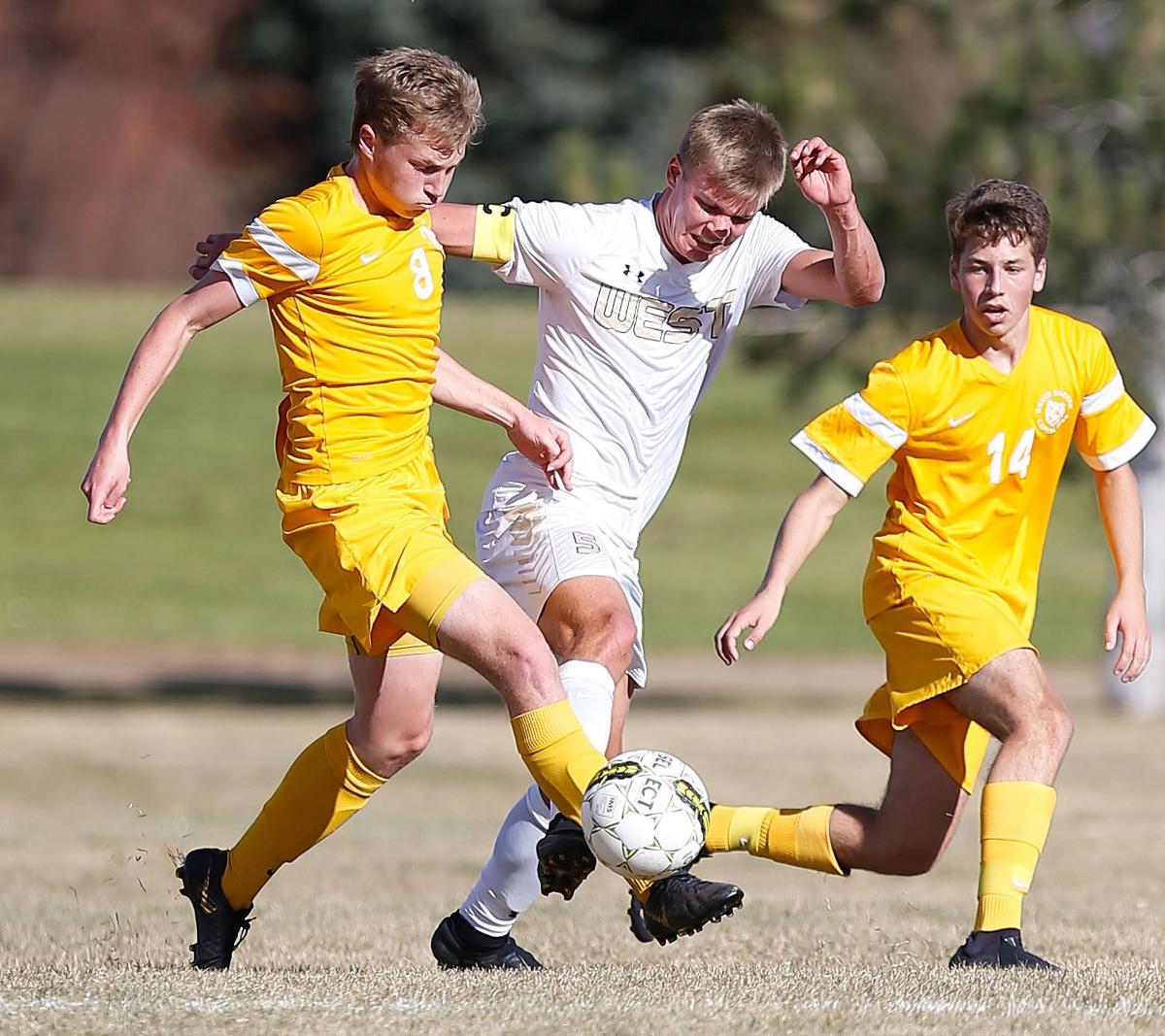 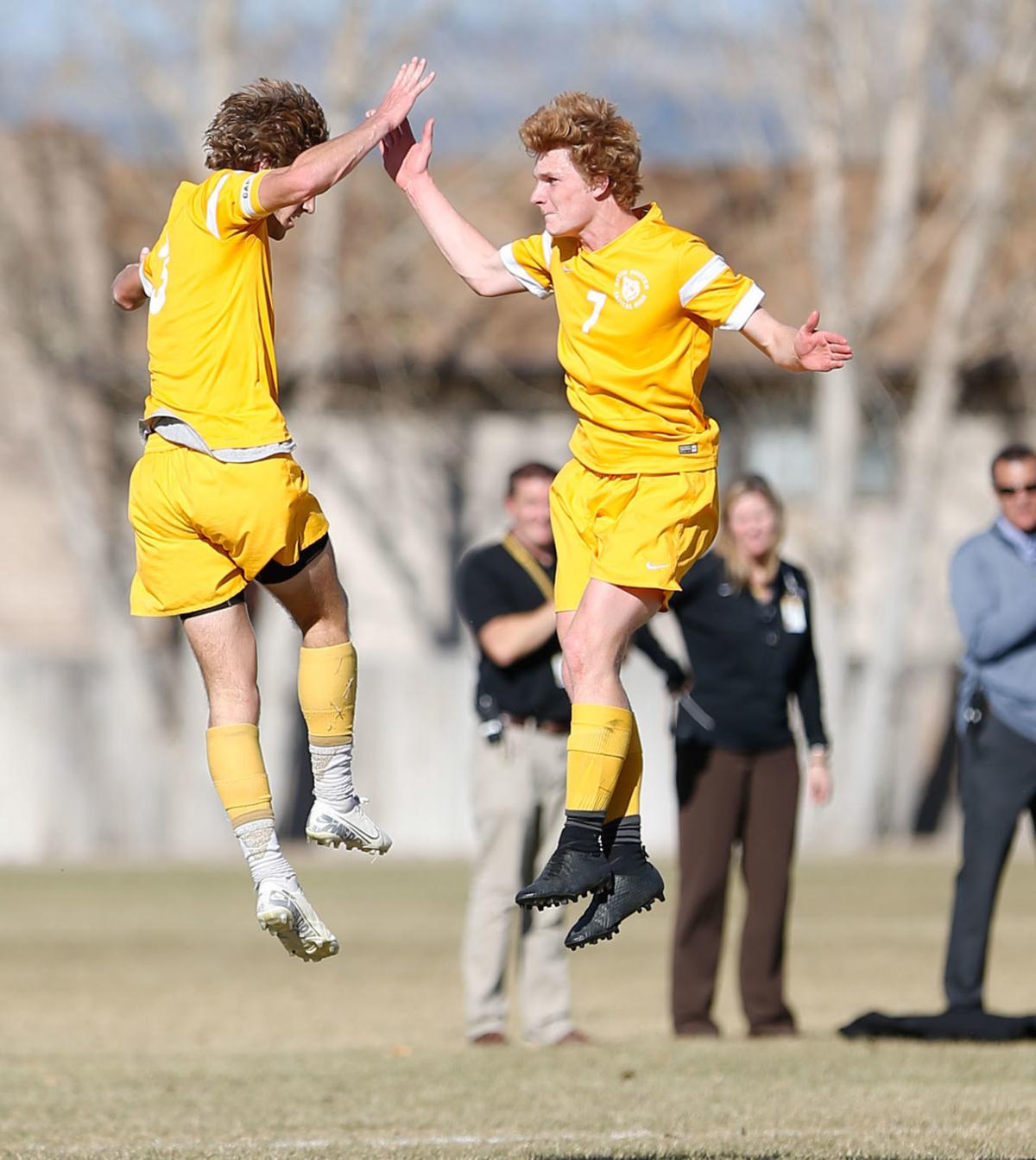 HELENA — After a 2-11-2 finish to the 2017 season, the Helena Capital Bruins were a far cry from the second-place finish they achieved in the 2010 state AA playoffs. After Friday’s 3-1 quarterfinal victory over the Billings West Golden Bears, Bruins coach Paul Patterson can now look back and laugh. … And he did. He also gave credit to his players.

“Most of it is hard work by the boys. The boys have put in the time and effort,” said Patterson. “They’ve taken really well to the coaching. It’s all about them. They’re a focused, dedicated group and this is about them because they are the ones who have earned it. And that’s how we did it. We did it with putting out a quality coaching product and having them buy into it.”

Capital received goals from three seniors — players who had been through the tough seasons and took it upon themselves to turn the program around — en route to snapping West’s four-match winning streak.

Caleb Hoxie got the Bruins on the board off a corner kick in the seventh minute of the first half. The stands exhaled a collective sigh of relief as they saw the ball hit the back of the net after three close misses by Capital during the minutes prior to the score. Less than 10 minutes later, Ryan Quinn tacked on another goal after a miscue by Golden Bears goalkeeper Dustin Gray.

“Basically our core senior class has worked up together to get where we are at now,” said Quinn. “Each year we’ve gotten a little bit better. Four years of hard work, working with each other and playing all the time has got us to where we want to be."

Matt Wigton made it 3-0 within the first minute of the second half. It was all but over for Billings West.

To makes things more difficult, Bruins goalkeeper Henry Lauerman made two highlight-reel saves within the first 10 minutes of the second half to keep the Golden Bears off the scoreboard. Capital was in control.

“I got really, really good support today from my outside backs Addison Wall and Nate Adamek,” Patterson added. “They were really solid. There was no stabbing. They just played a solid game and contained everything. And then Auggie (Tupper) just runs the middle. He did a real good job of that today as well.”

Lauerman finished with eight saves. Cade Hathaway scored the lone goal for Billings West with just over 11 minutes to play, but it was too little too late.

“I think we just started our engine too late,” said Golden Bears coach Luke Ashmore. “In the second half we actually came alive a bit more. We should have been up from the get go, and trying to come back from three-nil down … it was a bit too late. So, it was tough to get back in the game after that.”

Capital’s semifinal match will see the Bruins take on the winner of Saturday’s tilt between Missoula Hellgate and Billings Skyview.

Both Class AA and A are using a playoff model for the first time in 2019. Class A began their brackets Oct. 19 while AA begins Oct. 22. Bookma…