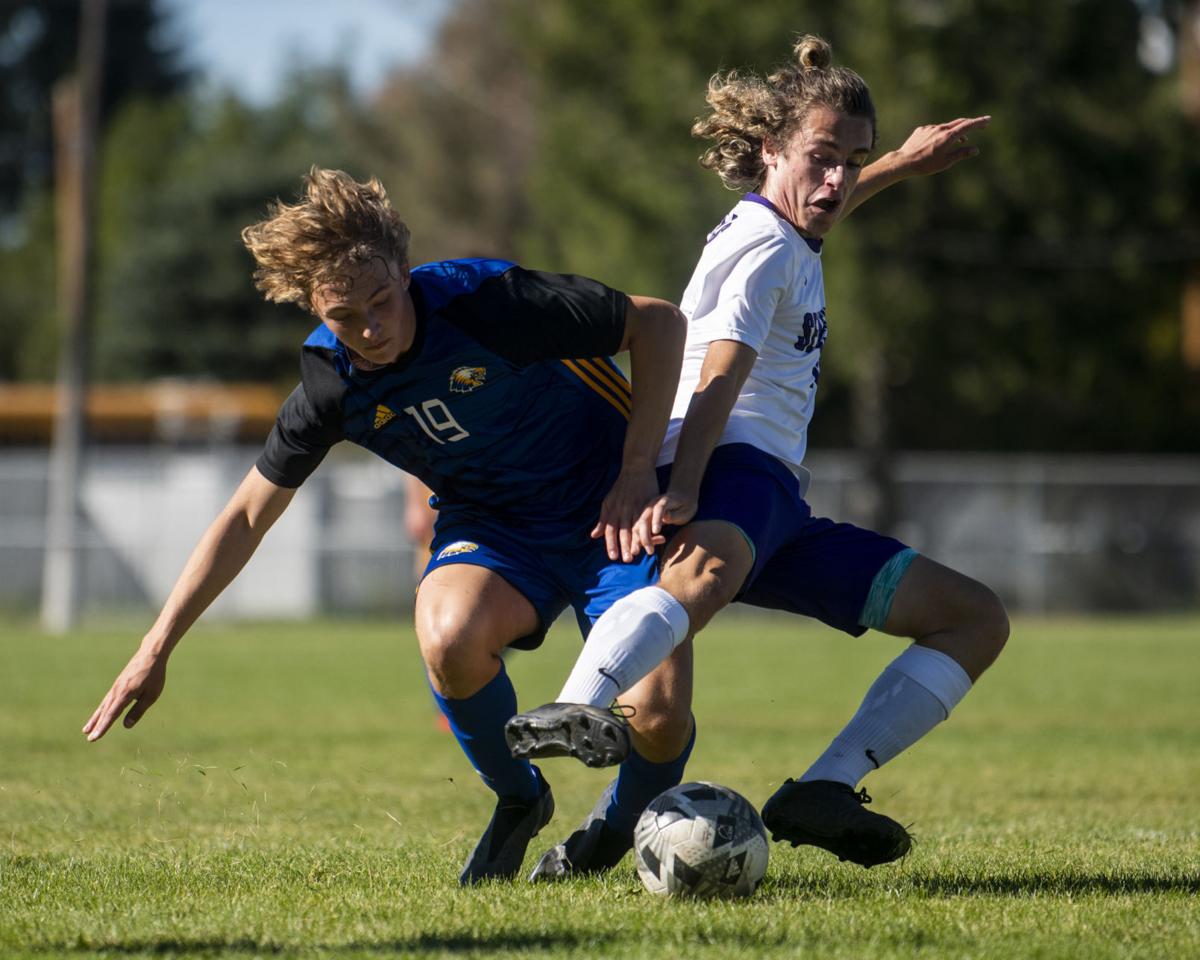 Missoula Big Sky’s Bridger Wierson (19) and Missoula Sentinel’s Jayce Gerstle vie for the ball during their crosstown match at Big Sky on Tuesday afternoon. The Spartans defeated the Eagles, 3-0. 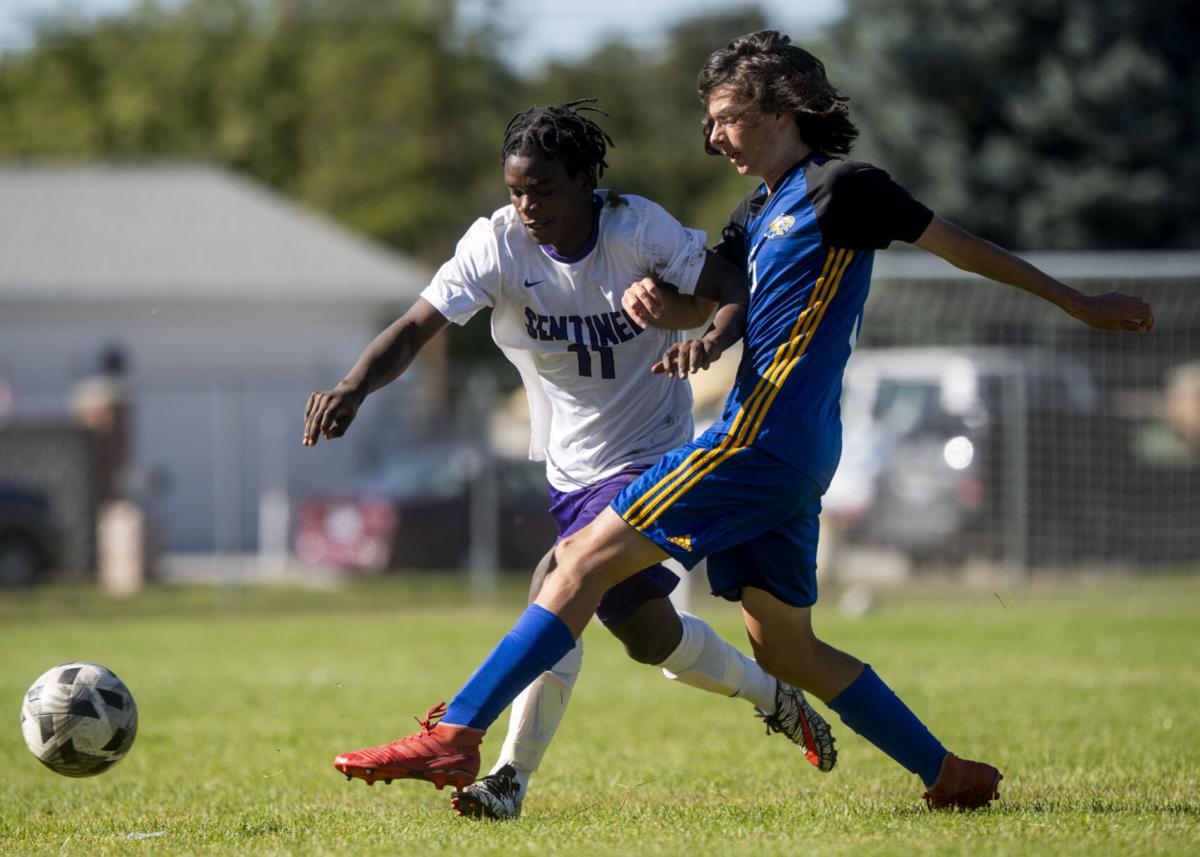 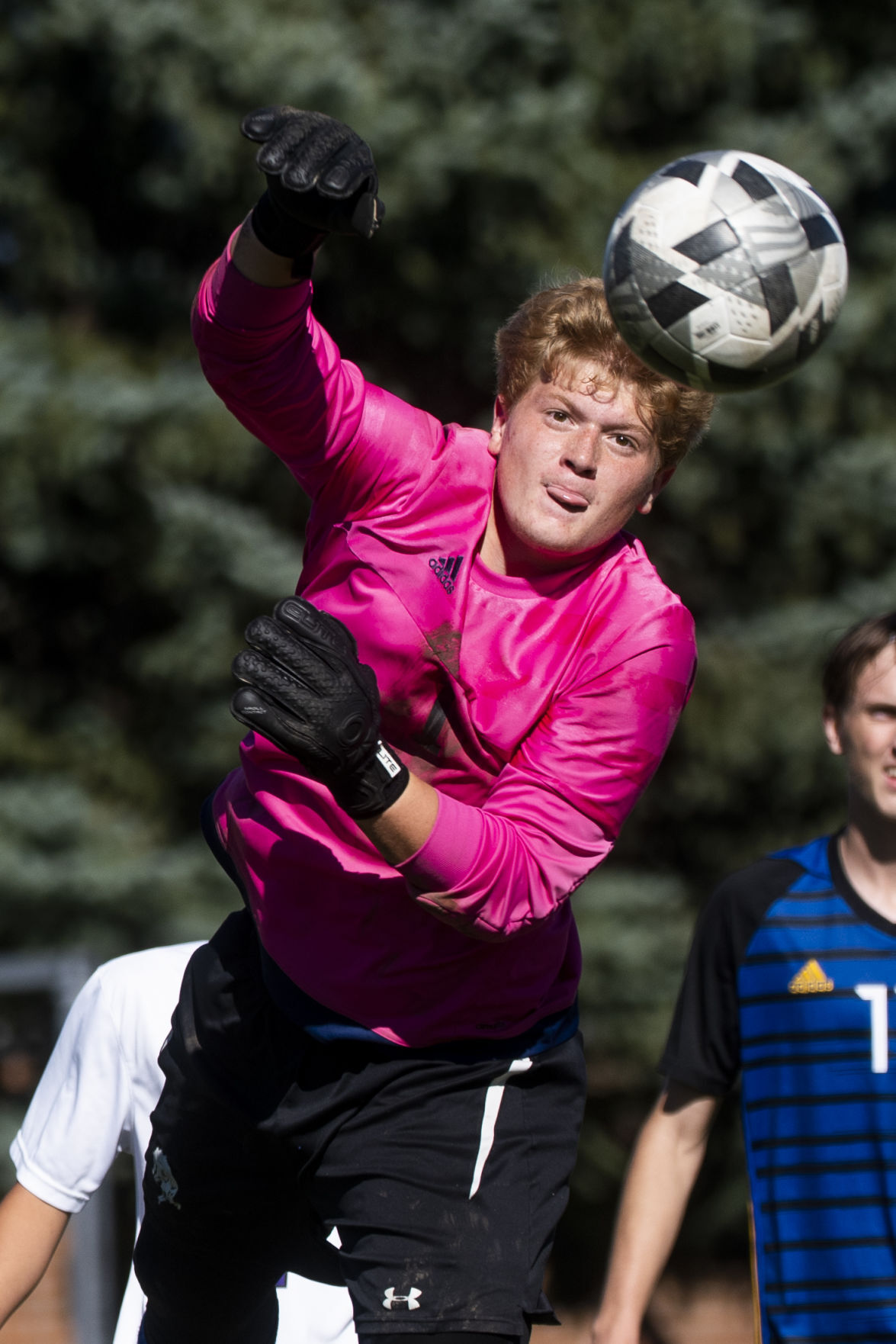 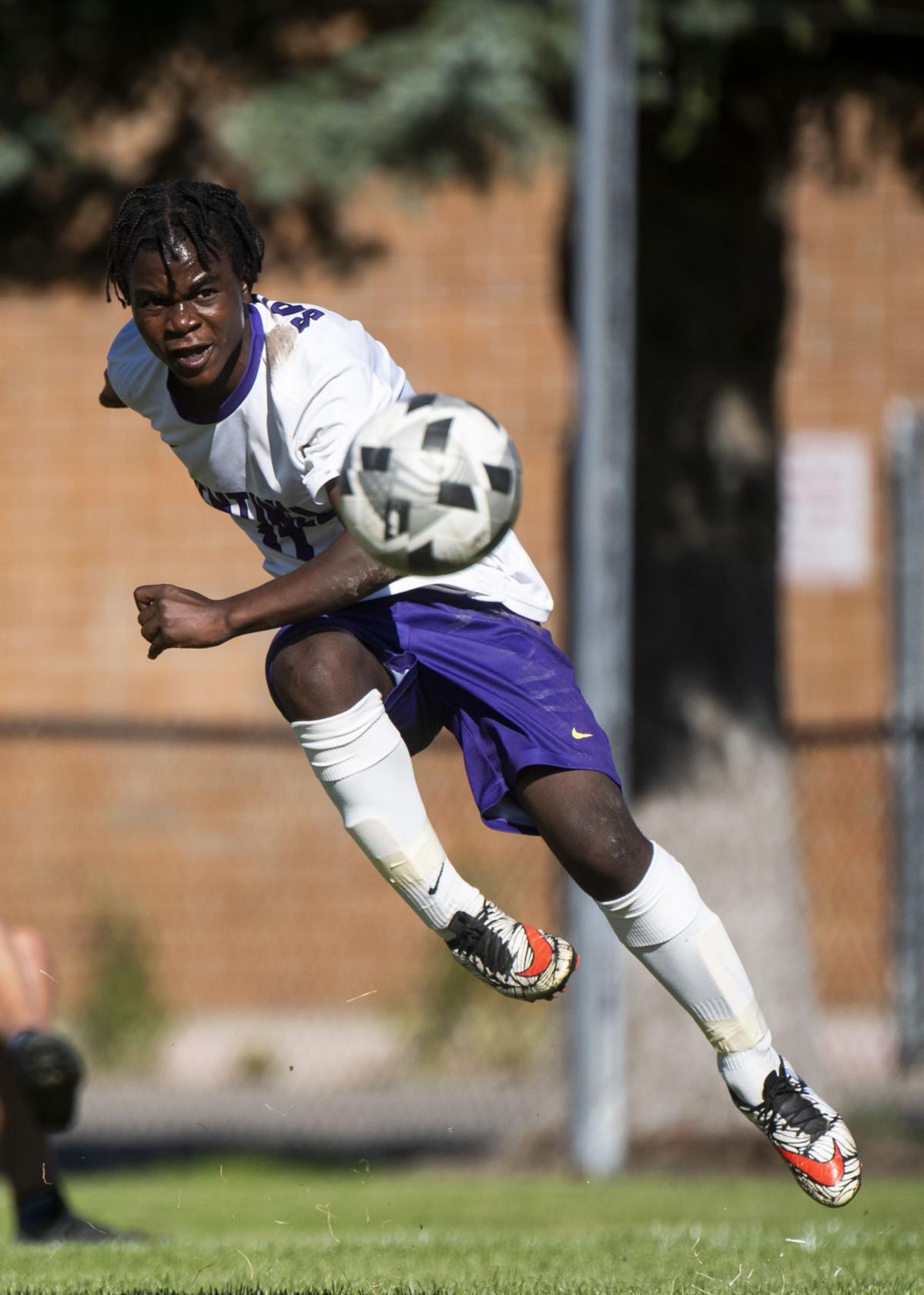 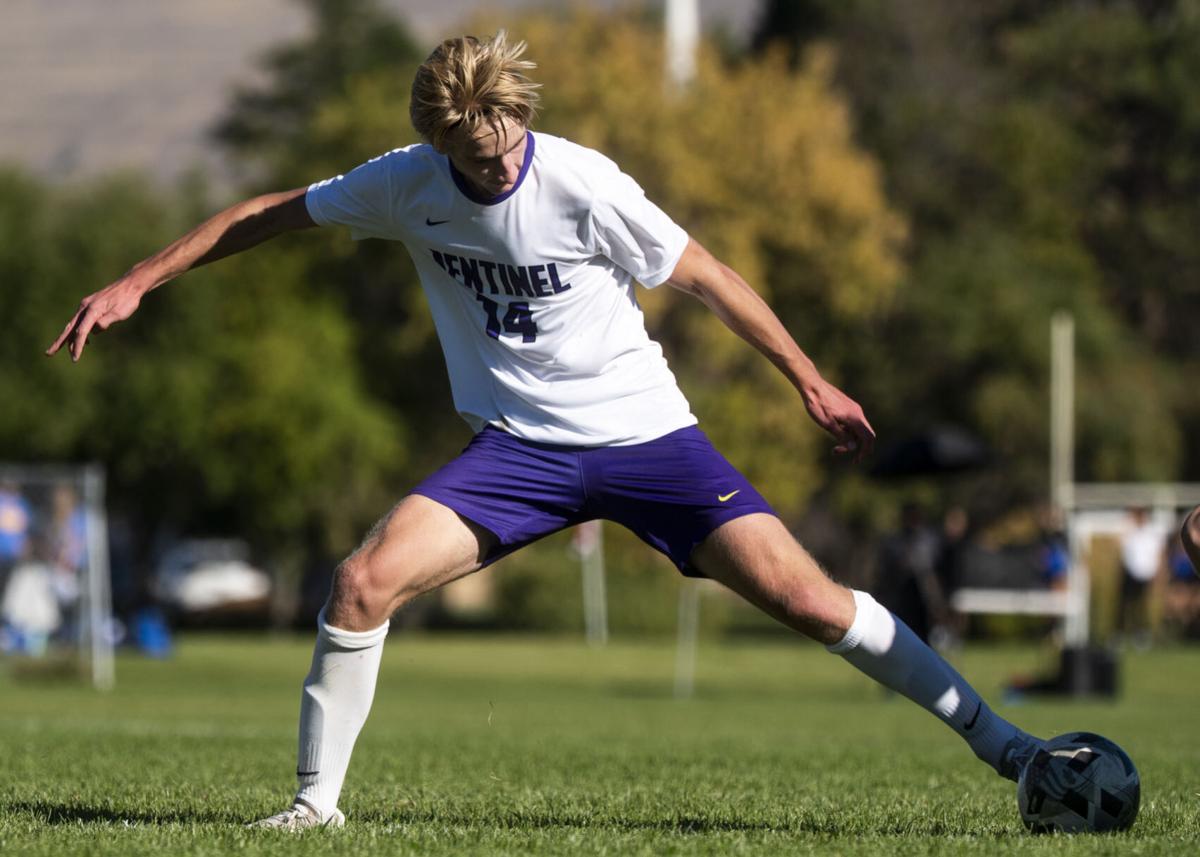 Sentinel’s Maddox Reimer attempts to keep the ball in his possession during the high school soccer match between Sentinel and Big Sky at Big Sky High School, Tuesday, Sept. 21, 2021. 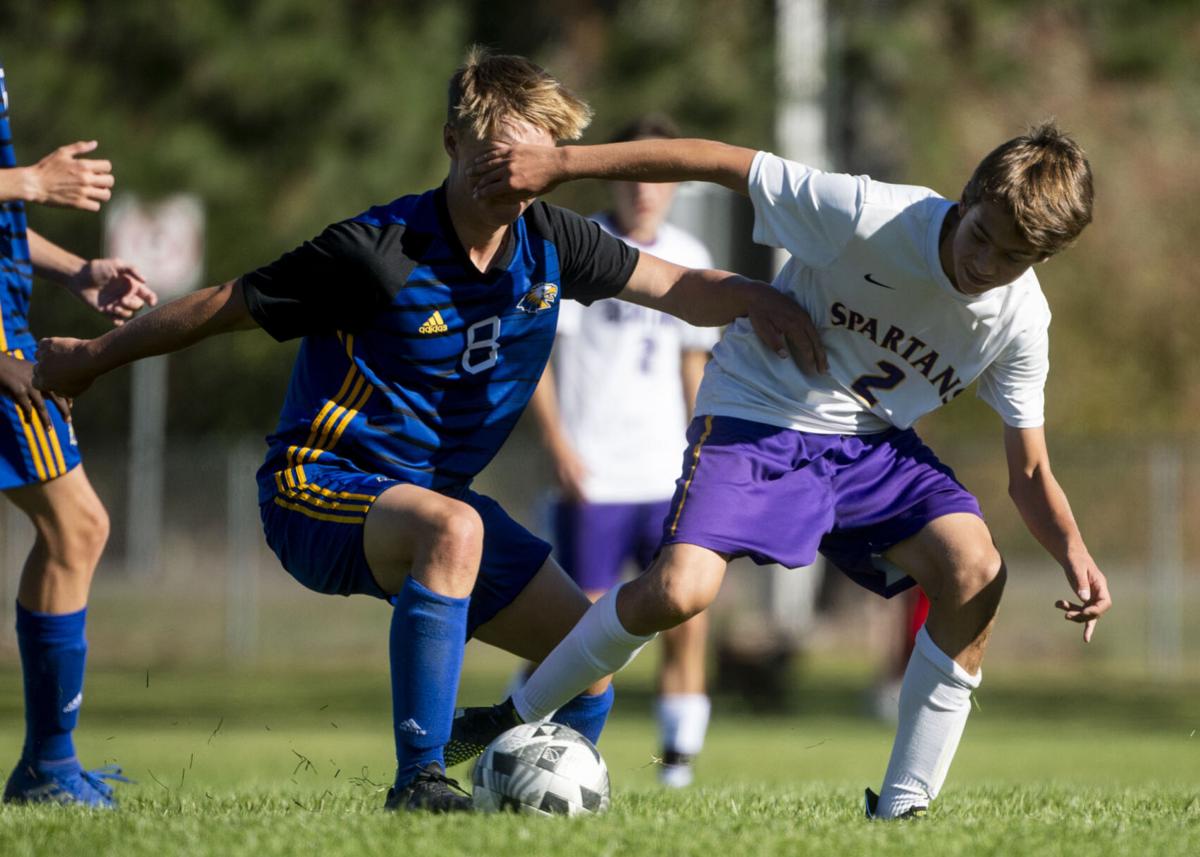 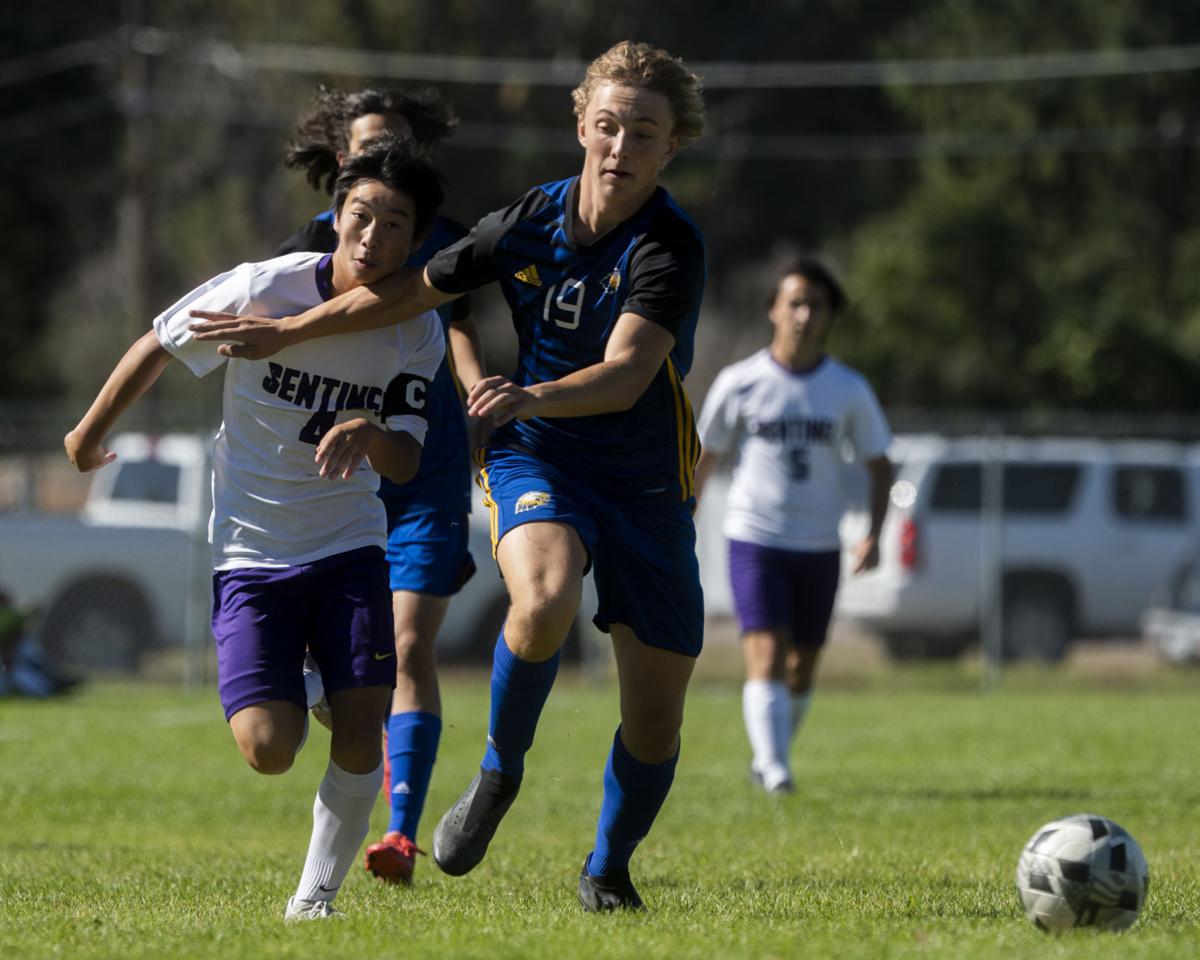 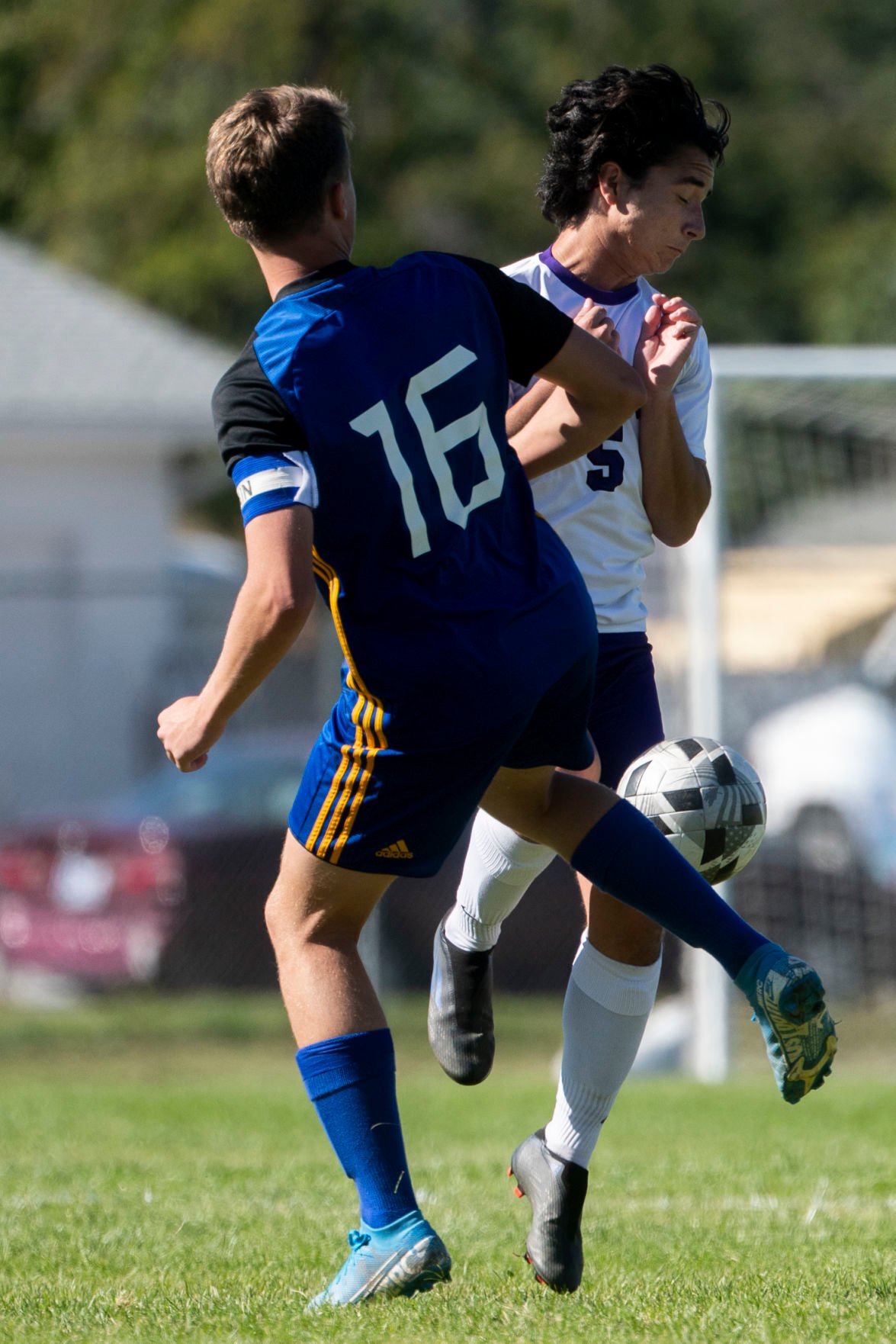 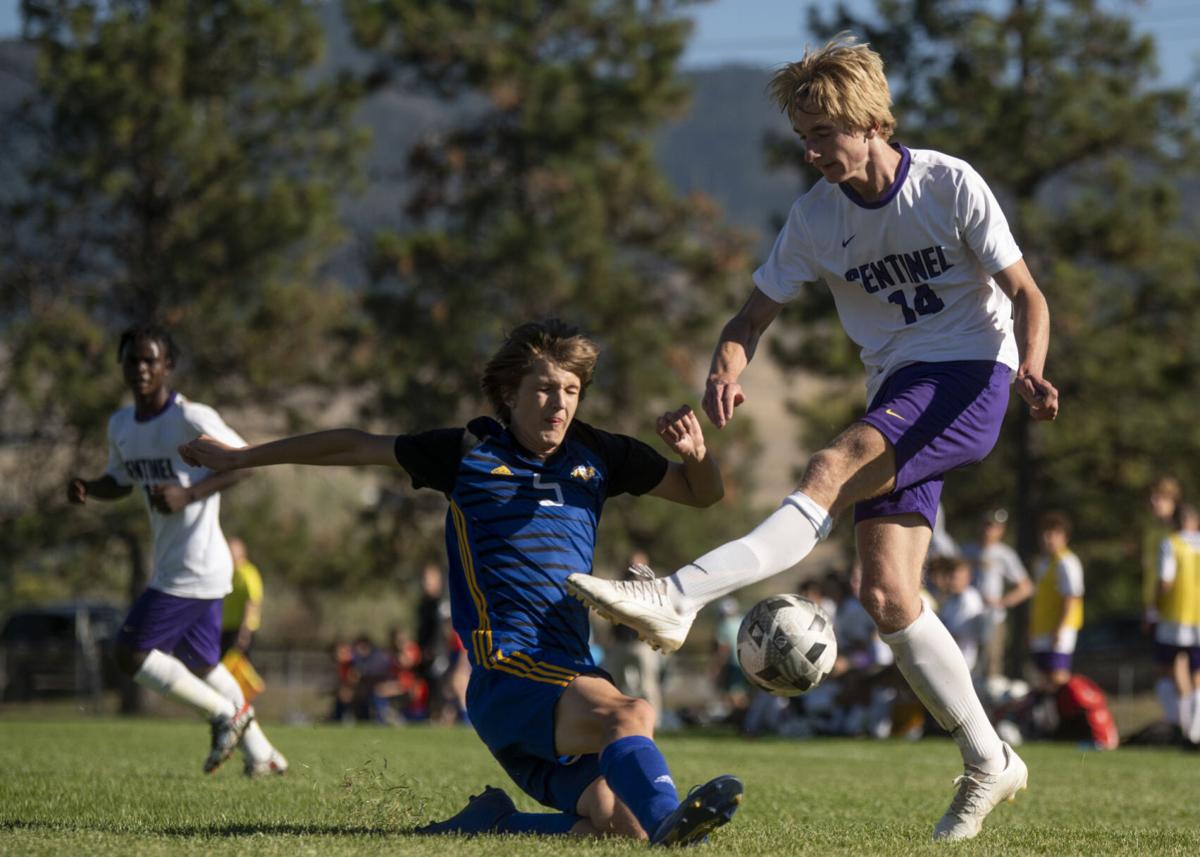 Missoula Big Sky’s Bridger Wierson (19) and Missoula Sentinel’s Jayce Gerstle vie for the ball during their crosstown match at Big Sky on Tuesday afternoon. The Spartans defeated the Eagles, 3-0.

Sentinel’s Maddox Reimer attempts to keep the ball in his possession during the high school soccer match between Sentinel and Big Sky at Big Sky High School, Tuesday, Sept. 21, 2021.

"It's hard for the other team to score when we have the ball, so that's a big part of it," said Mikkola, whose team possessed the ball most of the afternoon in a 3-0 win at Missoula Big Sky.

"We talked after the game and everybody highlighted the center backs' performance. Big Sky offered a few decisive moments where they could break through, but our center backs did a great job. Evan (Richardson) and Elias (Tonnerre) did a great job cleaning up what could've been tense moments when you're right behind your keeper."

This season has been a process for the Spartans (4-3) and the process is paying dividends. Sentinel will take a three-game win streak into its rematch with defending State AA champion Missoula Hellgate on Friday at Playfair Park.

"We're gathering more momentum on the attack," said senior Maddox Reimer, who scored Sentinel's first goal on a free kick that hit off the crossbar in the 15th minute. "I think that's something we were missing in the first half of the season. It's good to see our work come to fruition in the games."

For Sentinel to stay with a dynamic team like Hellgate, it's probably going to require more than just one goal. The last time the teams met at Rattlesnake fields, undefeated Hellgate pulled to a 4-1 win. The Knights have averaged 7.5 goals over their last four games, but the Spartans are not far behind, averaging 5.6 in their last three outings.

"We're refining. Kids naturally want to score goals, so helping them to figure out ways to do that is what we're trying to do. Our strikers' movement has become more dynamic. It's exciting to watch."

Big Sky has yet to win a match but the team represented itself well Tuesday, using a block of eight defensive scheme. The Eagles were within striking distance, trailing 1-0, until Jayce Gerstle found the net on a feed from Zollie Friedman in the 46th minute. Sentinel added one more insurance goal in the 59th minute when Luke Olsen scored on a header with an assist by Reimer.

Count Reimer on the long list of Missoula preps that love the atmosphere at crosstown matches.

"We always get better turnouts for these games, both from our parents and crosstown fans," he said. "It's nice to be able to show people what we've been working on. It's been fun. We hit a rough patch a few weeks ago but I think we're picking up momentum."

Patrik Monroe earned the shutout win in net for the Spartans. Harley Bennett had a strong performance at keeper for the Eagles (0-8).

In the girls game, Sentinel (5-2) completed its sweep of Big Sky, posting a 3-0 win. Haley Wolsky scored two goals for the Spartans and Aidan Ortt scored one. Irelyn Lochridge tallied two assists and Briel Powers had one. Kassidy Kirgan earned the shutout win in net.

"We're passing well in the midfield, our defense is doing a phenomenal job and our forwards have really been creative," Sentinel coach Dan Lochridge said.

Eagles coach Megan Auch was proud of her team despite the loss.

"They played incredible," she said. "They really played their hearts out.

"Sometimes the score doesn't depict what happened in the game, but the girls played amazing. I think we improve every game. We're climbing the hill and it's exciting to watch."

Roundup of coverage from Week 5 of the 2021 fall high school sports season in Montana.