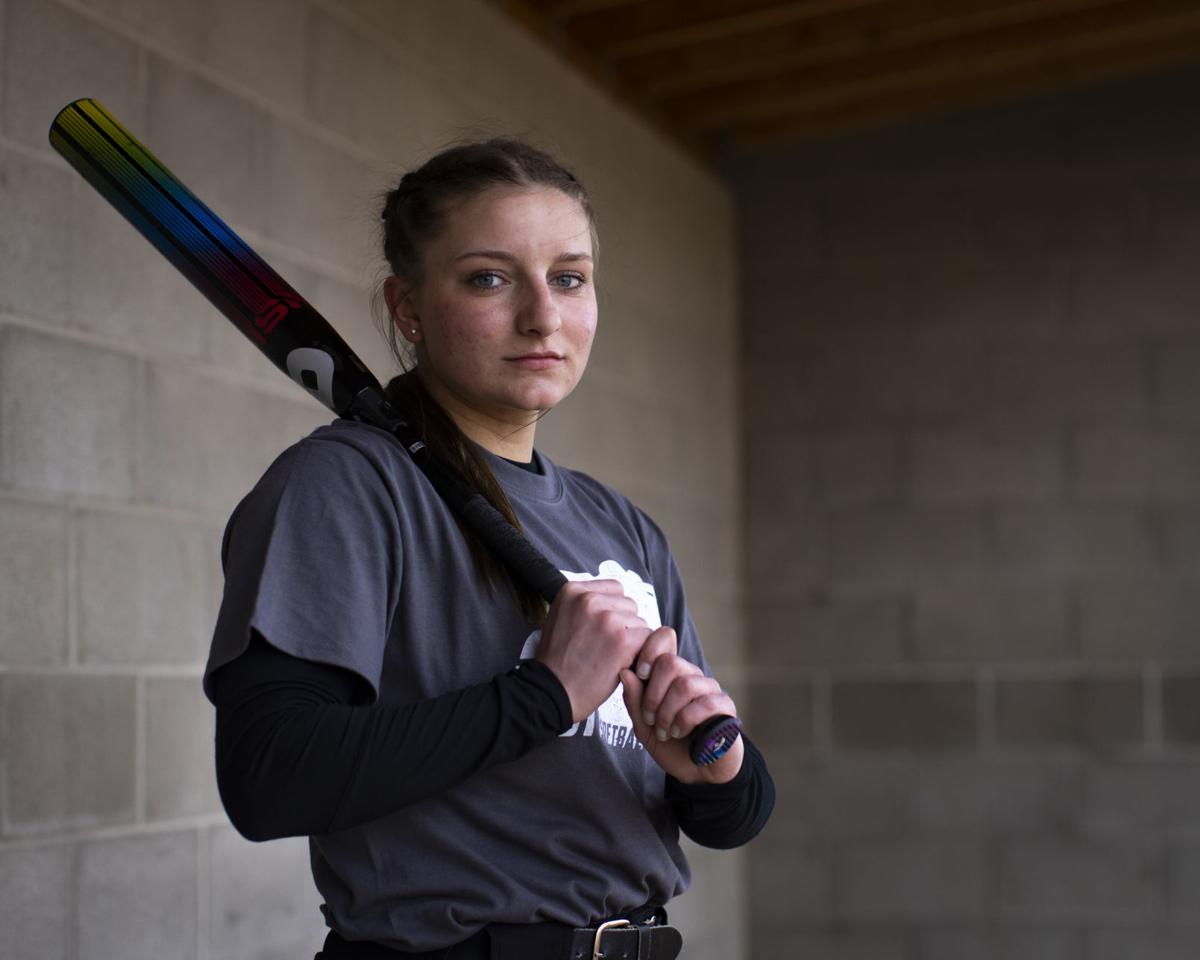 Billings West shortstop Lauren Blaschak is ready to lead the Golden Bears on and off the field this season. The senior has signed to play next season for Montana State Billings. 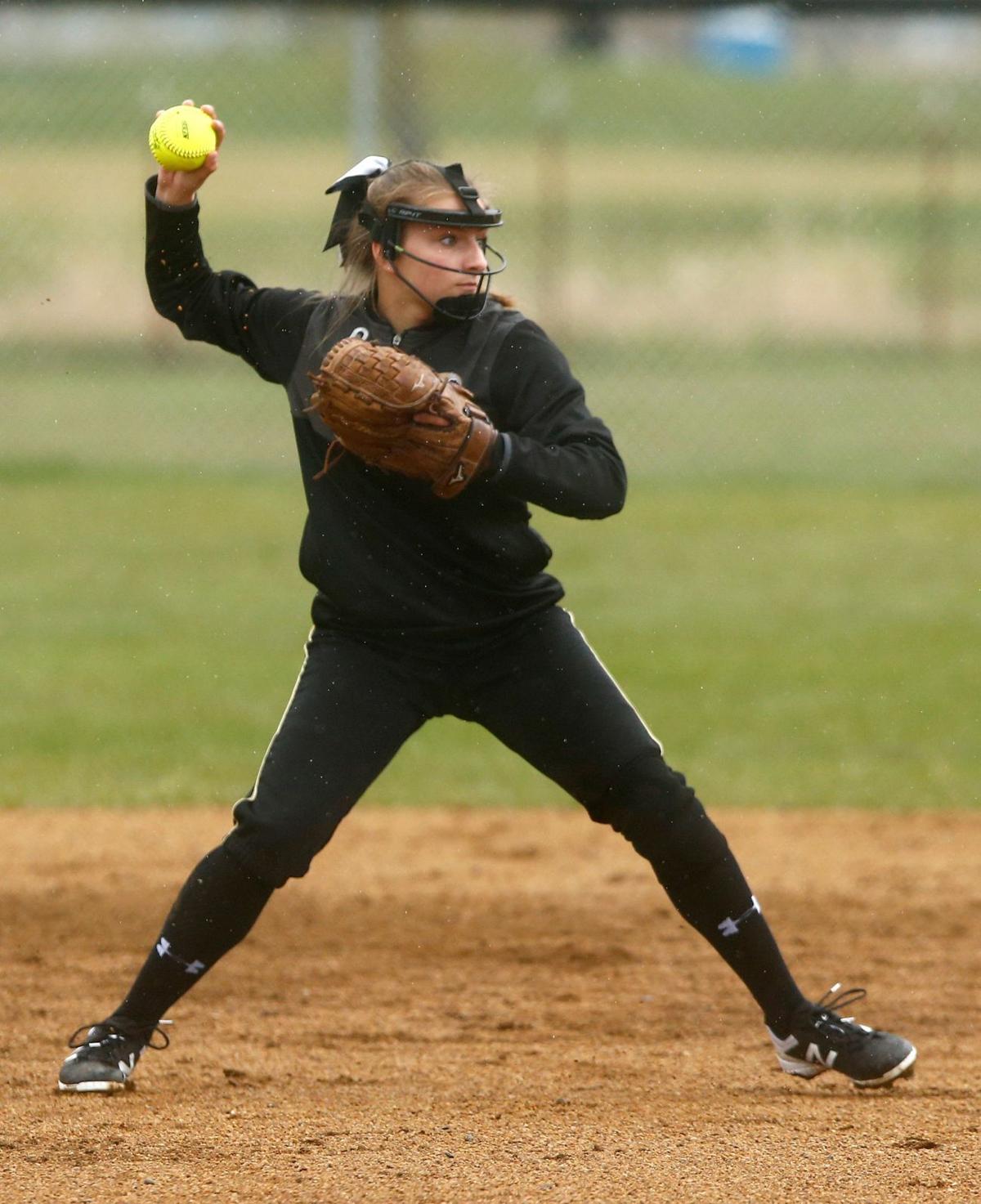 Lauren Blaschak's arm strength and range are two of the attributes that stood out to Montana State Billings softball coach Lisa McKinney that led to the Billings West shortstop signing with the Yellowjackets.

Billings West shortstop Lauren Blaschak is ready to lead the Golden Bears on and off the field this season. The senior has signed to play next season for Montana State Billings.

Lauren Blaschak's arm strength and range are two of the attributes that stood out to Montana State Billings softball coach Lisa McKinney that led to the Billings West shortstop signing with the Yellowjackets.

BILLINGS — The words of praise Billings West softball coach Preston Sanders has for Lauren Blaschak flow from his mouth one by one like a pitching machine continually flinging fastballs.

“I mean, she can do it all,” Sanders said, before adding, true to his form “… she can’t jump very high.”

Sanders laughs, knowing full well that when this lighthearted tidbit is relayed to Blaschak, she’ll give it back to him in some form. Her sense of humor, Sanders said, is one of the things he likes most about his senior shortstop.

True to her form, Blaschak counters how the team gives Sanders a hard time regarding the way certain words get dragged out in his West Virginia accent.

It’s all good, though. Just being back in season after last year was canceled due to COVID-19 has everyone feeling joyous and ready to go.

Blaschak included. Monday was uniform day at West, and though the players received uniforms last season before everything was shut down, this year the players will actually get to wear them. Teams are permitted to start playing games on Friday, though West's first game isn't scheduled until April 9.

Blaschak will likely be at the center of any success West has this season. As a sophomore in 2019, she batted .361 with 11 RBIs and a team-high 28 runs scored. She also played a steady shortstop after moving from left field following her freshman season.

It’s not the numbers, though, that landed Blaschak a scholarship offer from Montana State Billings. Yellowjackets coach Lisa McKinney wasn’t even around for Blaschak’s sophomore season.

What got Blaschak onboard with the Yellowjackets was passing the old-fashioned eye test. Despite missing her junior season, Blaschak was able to grab the attention of McKinney by attending camps and participating in tournaments hosted by MSUB.

Just a couple days of watching Blaschak play was all the convincing McKinney needed.

“Lauren’s range at shortstop really impressed us. She’s not afraid to dive and go after a ball,” said McKinney, who added she trusts her eyes more than stats. “The other thing that stuck out to us was her arm strength. She made a couple plays during the camp that were deep in the 5/6 hole and was still throwing girls out at first.”

Blaschak has been honing her softball skills since she was eight years old. Whatever her parents suggested, she’d try. Softball? Sure. Gymnastics? Of course. Cross country. Why not?

It wasn’t until recently that she ditched the other sports to focus solely on softball, though she has also taken up CrossFit.

That includes off the field.

Blaschak and fellow senior Morgan Stoppel sometimes take the freshmen to get something to eat. Or the seniors will play catch with the freshmen and give them rides home from practice.

“When I was a freshman, I didn’t get that luxury, unfortunately, not a lot of people talked to me,” Blaschak said. “I actually wasn’t going to play softball because of that, which is really sad. But I’m glad I did. I just don’t want any of the freshmen or underclassmen to feel like they’re left out or anything.”

Blaschak does have her own goals to chase, though. She wants to be an all-state player, hit between .450 and .500 and have a fielding percentage above .900, which would be high for a high school shortstop. And, of course, help the Bears to a state title.

Lofty goals, to be sure.

“It’s probably a lot I’m asking out of myself,” she said. “But I’m going to keep that positive attitude and try to really reach my goals for this year.

“That’s what I talked to Preston about, I really want to be all-state this year. So if you have to yell at me, whatever … push me really hard.”

That's another adjective Sanders can add to his list.

Martinez, who has appeared in ads with The Rock, carries a 20-4 record into the biggest event of her young boxing career.