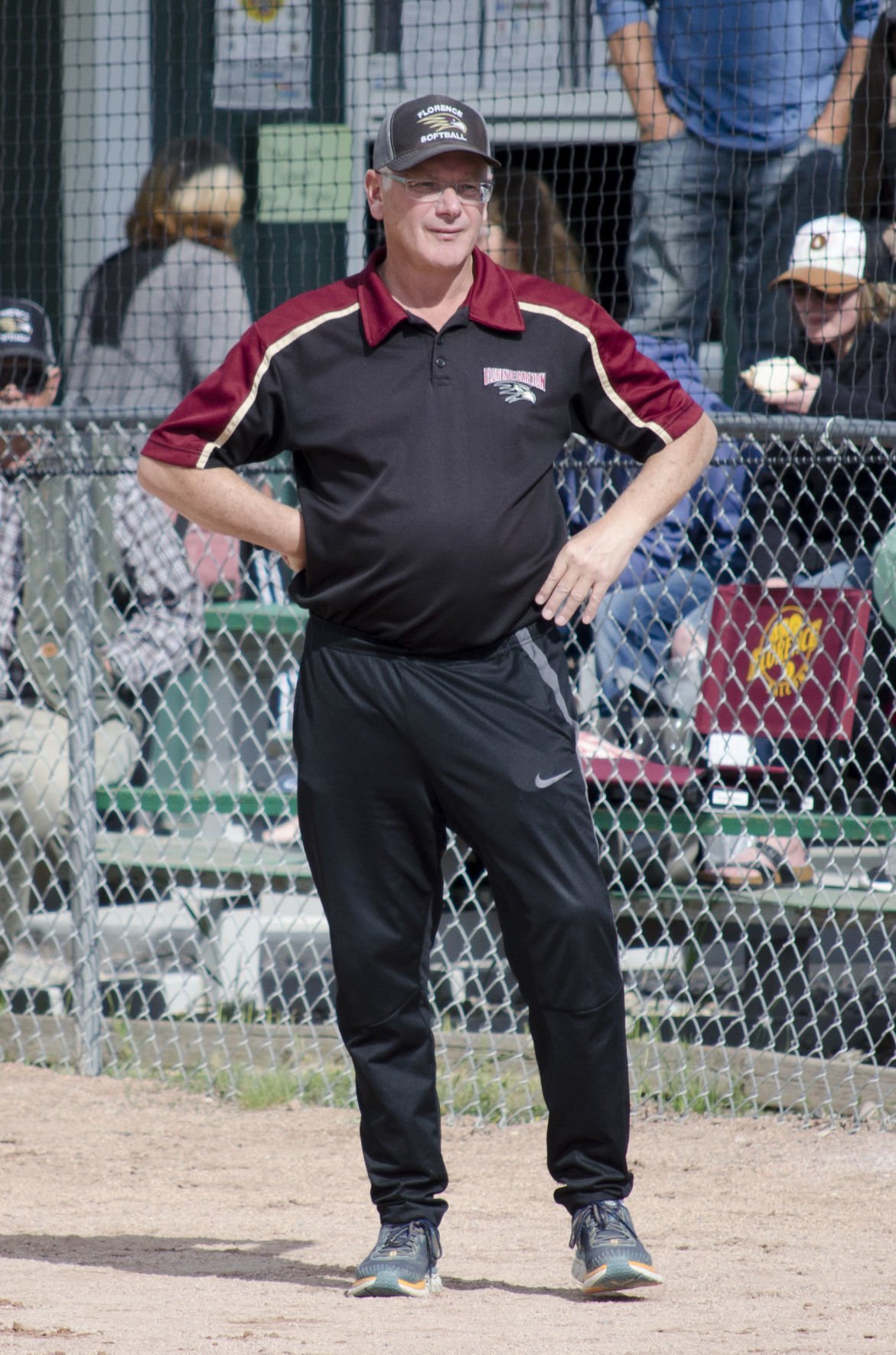 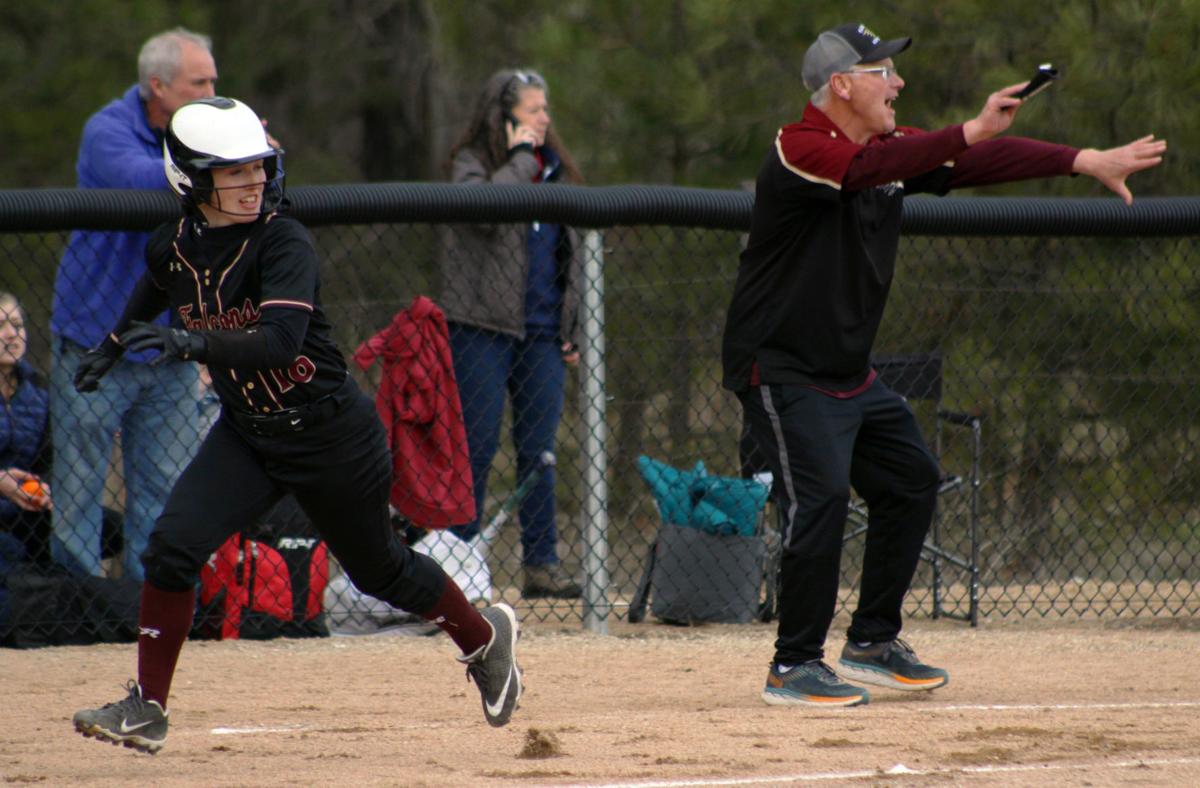 Florence's Danielle Zahn runs home as coach Rob Ralls (right) yells at Kasidy Yeoman to stop at third base after Yeoman's bases-clearing 3-run triple last season against Loyola Sacred Heart. Ralls, who was the head coach for three of Florence's state championships, stepped down from the position earlier this week.

Florence's Danielle Zahn runs home as coach Rob Ralls (right) yells at Kasidy Yeoman to stop at third base after Yeoman's bases-clearing 3-run triple last season against Loyola Sacred Heart. Ralls, who was the head coach for three of Florence's state championships, stepped down from the position earlier this week.

FLORENCE — When Rob Ralls took over as head coach of the dynastic Florence softball team in 2014, the program he inherited was the two-time defending state champion and it had won a combined seven Class B-C state titles since 2000 up to that point.

When Ralls announced that he was stepping down as head coach earlier this season, he left the program in equally impressive shape.

While Florence fell in the state title game to Huntley Project last weekend, 8-6, the game marked the third straight appearance for the Falcons in the championship game.

Overall Florence, which won back-to-back state titles in 2017 and 2018 under Ralls, captured three state titles in the skipper's five seasons — including the B-C crown in Ralls' first season back in 2014.

"It felt right. Things are changing and I don't know if they’re changing that fast or if I’m just getting old," Ralls said Thursday of why it was time to step down. "I felt like it was right time to step away. It’s going to be hard... But the program is in good hands with the kids coming up and the new field and I had to step away."

"The two of them have been here since the beginning of my time here, since before it, and those two have been very instrumental for this program and growing it," Marsh said, adding that the two were also paramount in other facets for the program.

"Coach Ralls' contribution goes way beyond the championships. The mindset, the renovations of the field. The amount of time effort and money he's put into that program (are invaluable)."

Marsh added candidates are already throwing their hats in the ring to takeover the prestigious position.

Ralls hopes to still be involved in the program, if not at the same capacity.

"I want to be somewhat involved, I just can’t be totally involved," Ralls said. "It takes an awful lot of time if you want to compete at the highest level, it’s a 10-month-a-year job. It’s not show up on March 12th, win a state championship on Memorial Day and go home."

Even if that's the way Ralls and the Florence program made it seem at times.