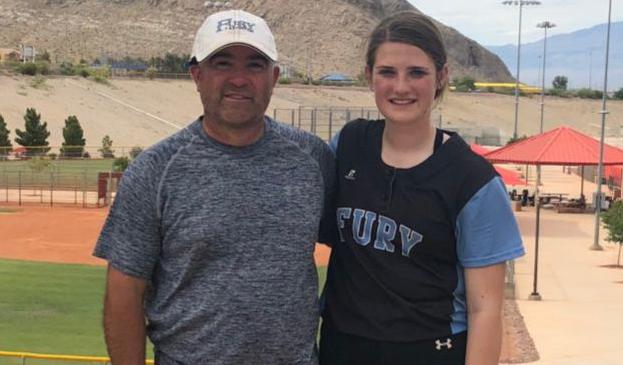 Frenchtown first baseman MiKaela Field and coach Eli Field, her father, pose together at a softball complex. This spring was supposed to be their final high school softball season together, but the coronavirus pandemic led to the MHSA canceling spring sports. 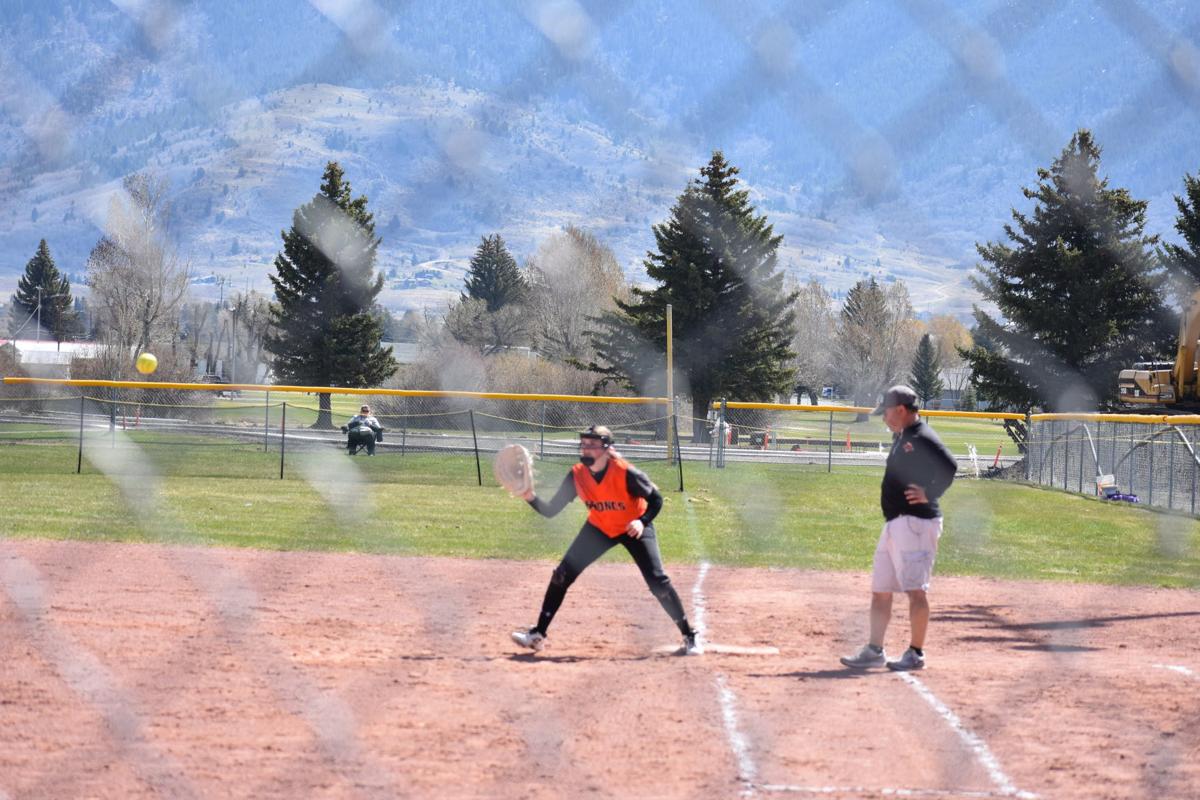 Frenchtown first baseman MiKaela Field prepares to catch a softball during warmups while coach Eli Field, her father, stands nearby. This spring was supposed to be their final high school softball season together, but the coronavirus pandemic led to the MHSA canceling spring sports.

Frenchtown first baseman MiKaela Field and coach Eli Field, her father, pose together at a softball complex. This spring was supposed to be their final high school softball season together, but the coronavirus pandemic led to the MHSA canceling spring sports.

Frenchtown first baseman MiKaela Field prepares to catch a softball during warmups while coach Eli Field, her father, stands nearby. This spring was supposed to be their final high school softball season together, but the coronavirus pandemic led to the MHSA canceling spring sports.

MISSOULA — This was supposed to be the culminating weekend of a potentially special season for the Frenchtown softball team, especially for senior MiKaela Field and her father.

The Broncs had their streak of 15 consecutive top-three finishes at the State A tournament snapped last year when they placed fourth. No one was happy about it, and the veteran team with three college commits was looking to right that wrong Saturday, the original date of the state softball championship game.

MiKaela was gearing up to be one of the key contributors, starting to come into her own last year as a first baseman in her first full varsity season. Not only that, but it was going to be her final season together with her father, Broncs coach Eli Field, but the coronavirus ripped it away.

Eli didn’t become the Frenchtown softball coach with the idea of one day coaching his daughter. He happened to fall into the sport by accident.

MiKaela’s birth led to him soon after resigning as an assistant coach with the Missoula Mavericks baseball team. With one boy and one girl, things were getting busy, and the time commitment for an American Legion season was too much to balance with the kids.

Eli was already teaching at Frenchtown when the softball coaching position became available, and he applied despite having no experience with softball. As he learned along the way, he got to share the knowledge with MiKaela and see her grow as a player.

“As a dad, not many people get the opportunity to be on the same side of the fence with their kid when they’re playing at that level, so it’s been one of the best things in my coaching career,” Field said. “I was really looking forward to it this year, so I missed out on that, she missed out on that.”

They’d spend time together at practice or working together at home since she started playing softball at 9 years old. It wasn’t until MiKaela made the varsity team in high school that her father would be her head coach, although he would be around as an assistant over the years.

On the field, MiKaela enjoyed how her dad combined serious work with making things fun at practice.

“Getting to play with him definitely made our relationship a lot stronger,” MiKaela said. “He was one of my teachers in school and then during the spring I’d have him as a coach at practice. It was always like we were doing something at the same time together, so that really strengthened our relationship.”

MiKaela’s dedication to improve allowed Eli to keep the player-coach relationship mostly on the field because he didn’t feel like he had to push her too much. He never had to cut his daughter, something his wife worried about, but he also didn’t give her playing time before she earned it.

MiKaela didn’t make the varsity team until her sophomore season and didn’t earn a regular starting spot until her junior year. This spring was supposed to be the culmination of all that work over the past decade in a sport she found enjoyment in after a stressful day of high-level classes at school in addition to her involvement in several clubs.

“The best memory is how much she committed herself to it and how good she got over that amount of time,” Eli said. “The success she had last year, I wasn’t totally surprised. She turned herself into a player, so I’m pretty proud of that. That’s probably going to be the overriding memory is the effort and amount of work she put into it. To see what she got out of it and how she grew it, that’s going to be the biggest memory that I’m going to have.”

MiKaela heard throughout the years that she only made the team because her father was the coach. Assistant coaches were able to help her deal with that and provide a sounding board so that she didn’t have to go to her father.

MiKaela was presented with the opportunity to go to a Missoula high school if she didn’t want to potentially deal with that on an amplified level in high school. She turned it down because of the combination of playing for her dad, with her longtime friends and in a community she loves.

“A lot of the girls that would’ve been on the team this year, I’ve been playing with them for the majority of my life, and I liked that bond and that was something I really valued at Frenchtown,” MiKaela said. “The people that I’ve been around in Frenchtown my whole life, it was a community that I knew everyone supported. Just the whole community and the team and how well everyone worked together and how everyone in the program in the past 15 years has put in the work to be good, that was something I wanted to stay with.”

Eli’s not just missing out on a final season with MiKaela. He was looking forward to his final time coaching the five seniors he’d known since they started playing softball about a decade ago.

Now, that group doesn’t get to try to fulfill their potential of trying to return Frenchtown to the pedestal the Broncs have normally been on under Eli, whose teams have won six titles and made 10 championship-game appearances.

“It’s been hard for sure because you’ve been coaching this group since they were 9 years old. Not just her but her friends, too,” Eli said. “You know the amount of work that those kids put into it, especially coming off of state last year they were not pleased at all with how last year ended for them and they had a focus and determination.”

MiKaela surely had that determination not just with her hard work but with how she played through a broken bone in her foot last spring, during summer softball and then soccer in the fall. Having recovered from that, she decided to play through a wrist injury she suffered as a soccer goalie, putting off surgery that might have kept her off the field for her final spring.

Now she has an important choice on her hands. As she prepares to head to the University of Utah to become a physiatrist working in physical medicine and rehabilitation, the question is does she have surgery and miss out on a potential summer softball season with her father or does she put off surgery again to play, meaning she may have to wait until next summer to have the surgery when she’s back home from college.

Either way, the time MiKaela has gotten to play softball with her dad and alongside her friends is something she’ll cherish.

“It’s been a lot of fun,” she said. “It’s definitely weird not to have an official close to the chapter. It’s something I’ve enjoyed, and I do look forward to potentially having the opportunity to play this summer.”

Would Great Falls and Huntley Project repeat as champions? Would Belgrade be a repeat winner, but in a different classification?