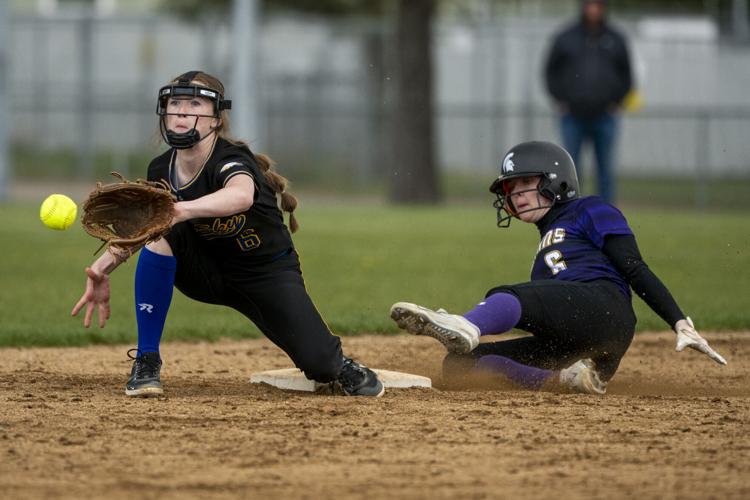 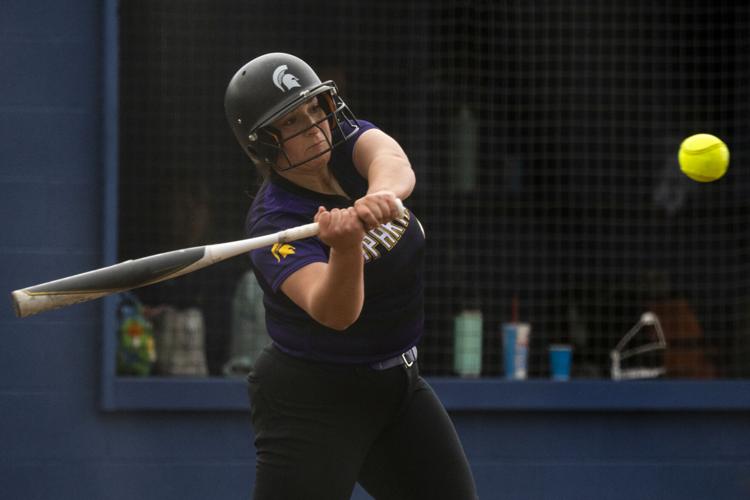 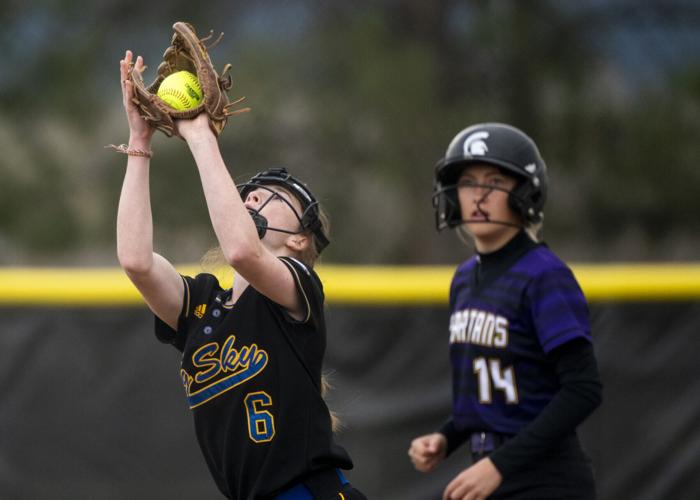 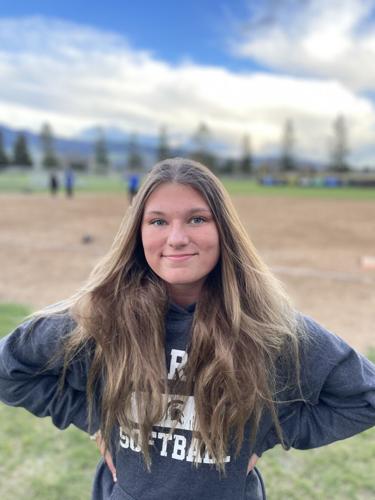 MISSOULA — Rylee Crane threw a complete-game shutout to help Sentinel capture the Missoula city softball championship for the fifth consecutive season with a 9-0 road win over Big Sky on Tuesday.

The Spartans improved to 12-5 overall and 8-1 in the Western AA, remaining in second place in the conference with five league games remaining. They've now won 20 consecutive contests against Missoula rivals Big Sky and Hellgate.

"I'm feeling pretty good," Crane, a junior, said after the win. "It was definitely fun and everyone was working together, which was really awesome. I think it's nice to play against girls you play in travel ball. It's way more competitve when you know who you're playing against rather than some other cities."

Pitching was a question mark for Sentinel coming into the season because all-conference pitcher Charlie Hoover and Amy Taylor have been unable to pitch due to injuries. Crane and fellow junior Jayden Gagner entered Tuesday giving up just 2.4 runs per game in Western AA play, which is second in the conference by a wide margin over the No. 3 team.

Big Sky came in putting up 8.1 runs on average in league games, but Crane's shutout against the Eagles was her second this season after she accomplished that feat against Glacier on April 6 at Sentinel. One day later, Gagner held Big Sky to one run in the first crosstown game of the season.

On Tuesday, Crane allowed just four hits in seven innings, struck out six hitters and retired 11 consecutive batters while finding success with her rise ball. She had her streak of consecutive batters retired snapped because of a fielding error she made with two outs in the fifth inning. Her sixth strikeout of the game stranded a runner on second base to end the sixth inning.

"She was getting ahead of us," Big Sky coach Trevor Subith said. "She's been known this year to be more out of the zone and she pouded the strike zone and we weren't making adjustments. That's kind of what it came down to was our lack of adjustments at the plate and their seeing-eye singles changed the complexion of the game."

The Spartans came in averaging a conference-best 13 runs per game in league play. They tallied 12 hits, six of which went for extra bases, against Big Sky pitcher Liberty Rogers over seven innings.

Haley Wolsky paced Sentinel's offense by going 3 for 3 with two doubles, a home run, a walk, two RBIs and three runs scored. She led off the game with a double, stole third base and scored on a wild pitch. Big Sky’s Jordan Whitmire singled against Crane but was caught in a rundown to end the inning with the Spartans up 1-0.

Sentinel scored all four of its runs in the second inning with two outs; three of those runs were unearned. Cassidy Schweitzer clubbed an RBI double and scored on a dropped pop-up, and Wolsky smacked a two-run home run to left field to put Sentinel up 5-0.

The Spartans added three runs to go up 8-0 in the fourth inning when Stella Summerfield and Kodi Fraser hit back-to-back RBI singles with the bases loaded and Amy Taylor hit into an RBI groundout. Sentinel pushed its lead to 9-0 in the fifth when Schweitzer brought home Jayden Gagner, who tripled, on an RBI groundout.

Big Sky dropped to 6-10 overall and 5-5 in conference, but the Eagles are still in solid position to qualify for the state tournament for the first time since 2017. They were looking to become the first Missoula team to beat Sentinel since they won 3-0 on May 4, 2017. They needed the win to keep alive their shot for their first city title since 2016.

Sentinel improved to 3-0 in crosstown games, having beaten Big Sky 14-1 on April 7 and Hellgate 20-1 on April 14. Big Sky owns a 12-1 win over Hellgate. The Eagles will play the Knights on May 17, and the Spartans close the six-game crosstown series against Hellgate on May 19.

Missoula Sentinel is off to a 3-0 start in Western AA play while its offense leads the conference in batting average and runs scored per game.