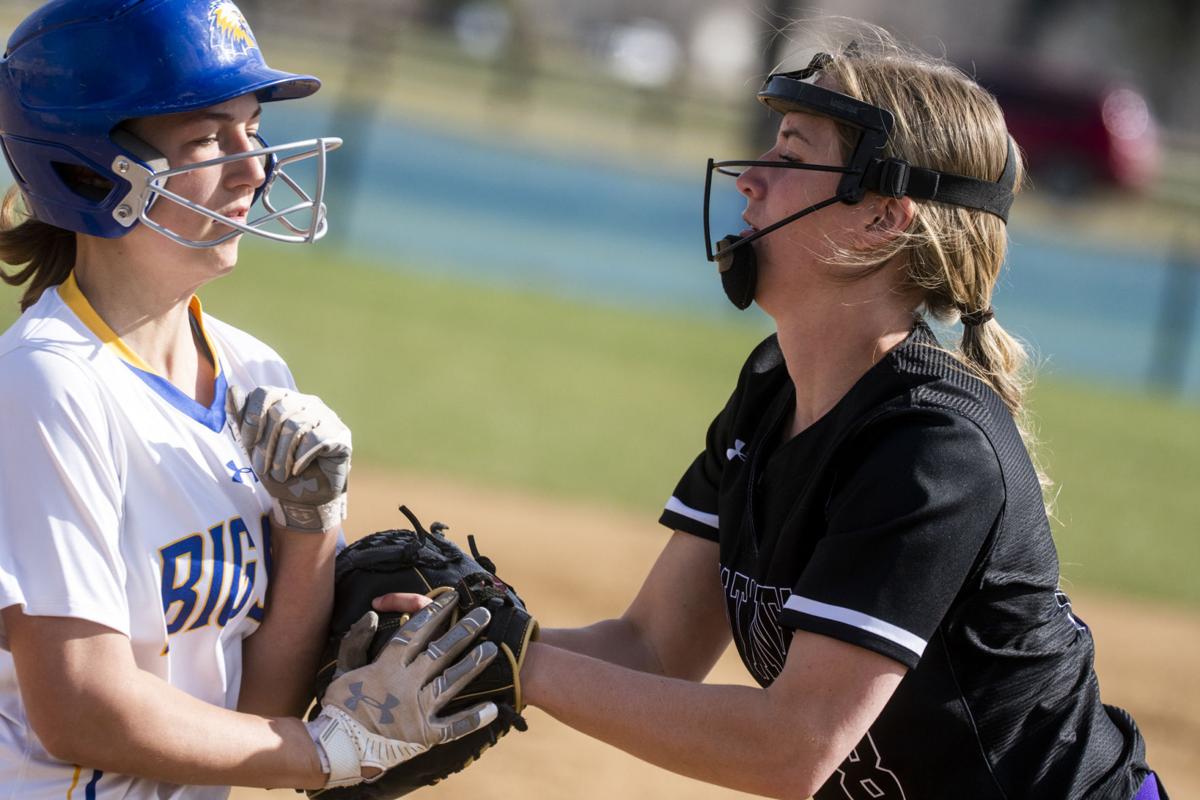 Missoula Sentinel’s Morgan Holmes tags out a runner near first base during Tuesday's softball game at Big Sky. The Spartans won, 18-1. 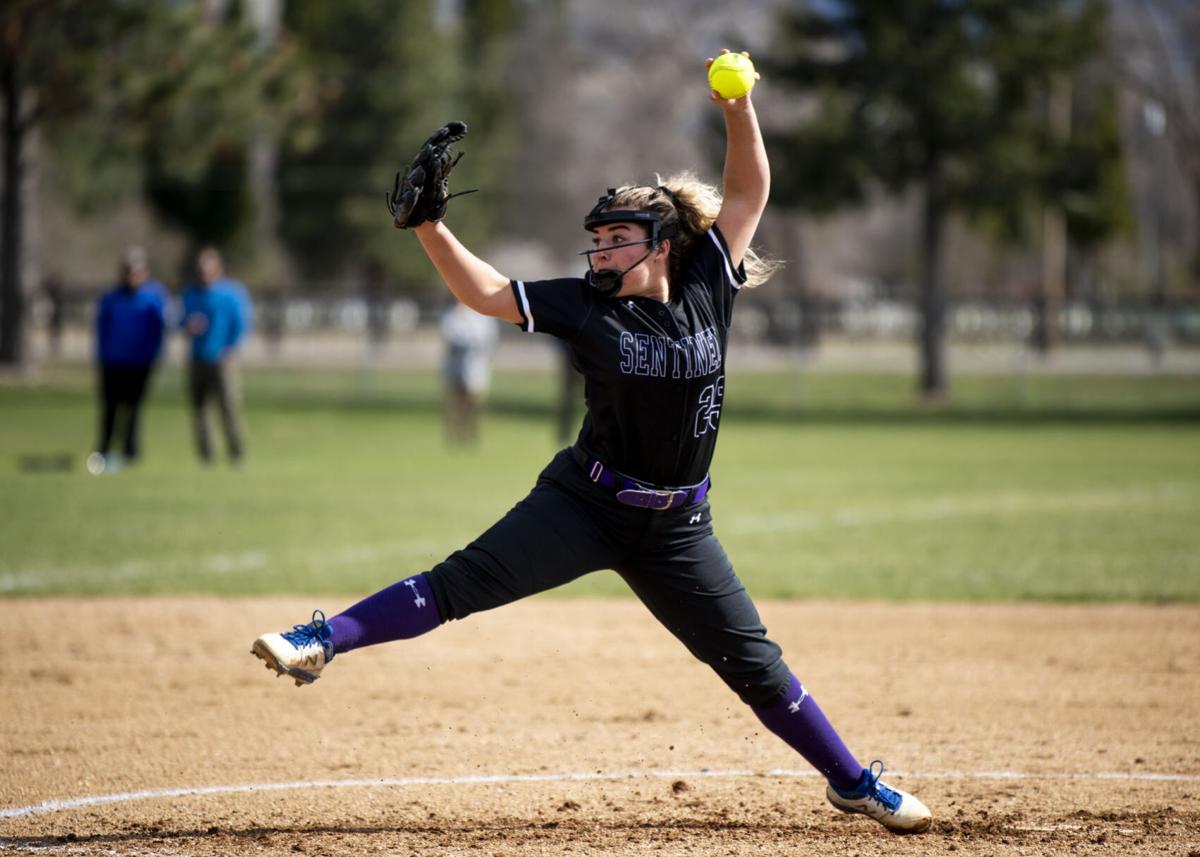 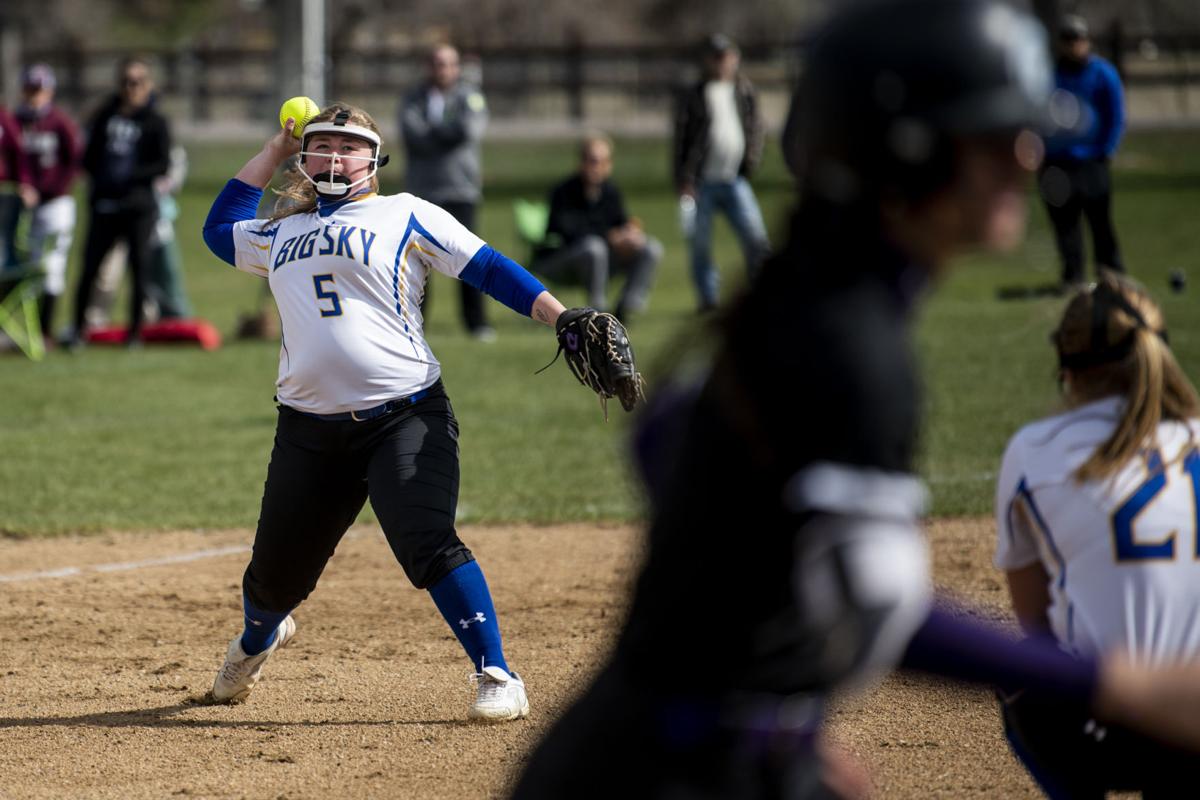 Missoula Sentinel’s Morgan Holmes tags out a runner near first base during Tuesday's softball game at Big Sky. The Spartans won, 18-1.

The Spartans took their seventh win in a row on Tuesday, beating crosstown rival Missoula Big Sky 18-1 behind a barrage of offense early to get a big advantage and late to seal a five-inning run-rule win at Big Sky High School.

The Spartans improved to 10-2 and 7-1 in the Western AA. Big Sky fell to 4-10 overall, 2-6 in league play and has lost three in a row after winning three straight.

Offense has been key in the win streak for coach Dustin Delridge and company.

Sentinel has recorded at least 13 runs in its seven-game win streak, which dates back to a Tuesday, April 13, win over Kalispell Flathead on the road. All seven were against Western AA teams and just one, a 15-10 contest against Helena Capital, has been relatively close.

Including Tuesday's big win over Big Sky, Sentinel has beaten teams 109-22 during the run of wins.

"One through nine we are really seeing the ball well," Delridge said. "Everyone is doing their job and that's kinda fun to watch. Obviously we had good pitching by two sophomores here today — they threw strikes and used our defense and that helps when you go back up to the plate. ... We laid off some high pitches and we were selective and you saw some line drives because of that. ... We have quality seniors, juniors and this sophomore group is impressive — and we had a freshman out there today too. It's a mature group, they know what to do and how to handle themselves."

That patient offense was on Tuesday, with big innings to open and end. The Spartans jumped out 7-0 on Big Sky in the top of the first and kept the pressure on despite some solid frames and plays from the Eagles.

Sentinel extended its advantage to 9-0 after Cassidy Schweitzer recorded a sacrifice fly to bring in one, and on the next at-bat Morgan Holmes saw her hit bounce over the center field fence for a ground-rule double and one more run before Big Sky was able to get out of the frame.

Big Sky showed some life in the bottom of the second, drawing a pair of walks by Spartans pitcher Jayden Gagner. Two batters later, following a single by Big Sky's Liberty Rogers who advanced on a fielder's choice, Sadie Nei got her team on the board for the first — and what ended as the only — time of the ball game with an RBI single.

Sentinel got out of the frame by turning a double play to keep the lead at 9-1.

Sentinel finally hit some resistance in the top of the third despite scoring once more off an RBI single by Keena Kay. Big Sky ended the frame with its own double play when the Eagles' third basemen snagged a low line drive and whipped a throw to first for the third out.

Sentinel kept the Eagles away in the bottom of the third with three up and three down. Once the fourth got rolling, so did the Spartans' offense again. Schweitzer and Holmes hit back-to-back home runs, with the former going for a pair and the latter a solo shot.

Three batters later the Spartans loaded the bases, and brought in one more run off a walk. On the next at-bat, Kodi Fraser hit into another ground-rule double as her hit went through the outfield fence to bring in a pair and push the lead to 16-1. The Spartans added one more run in the fourth off an RBI single by Emma Ries.

The score kept the same until the Spartans scored for the final time in the top of the fifth off a bases-loaded walk.