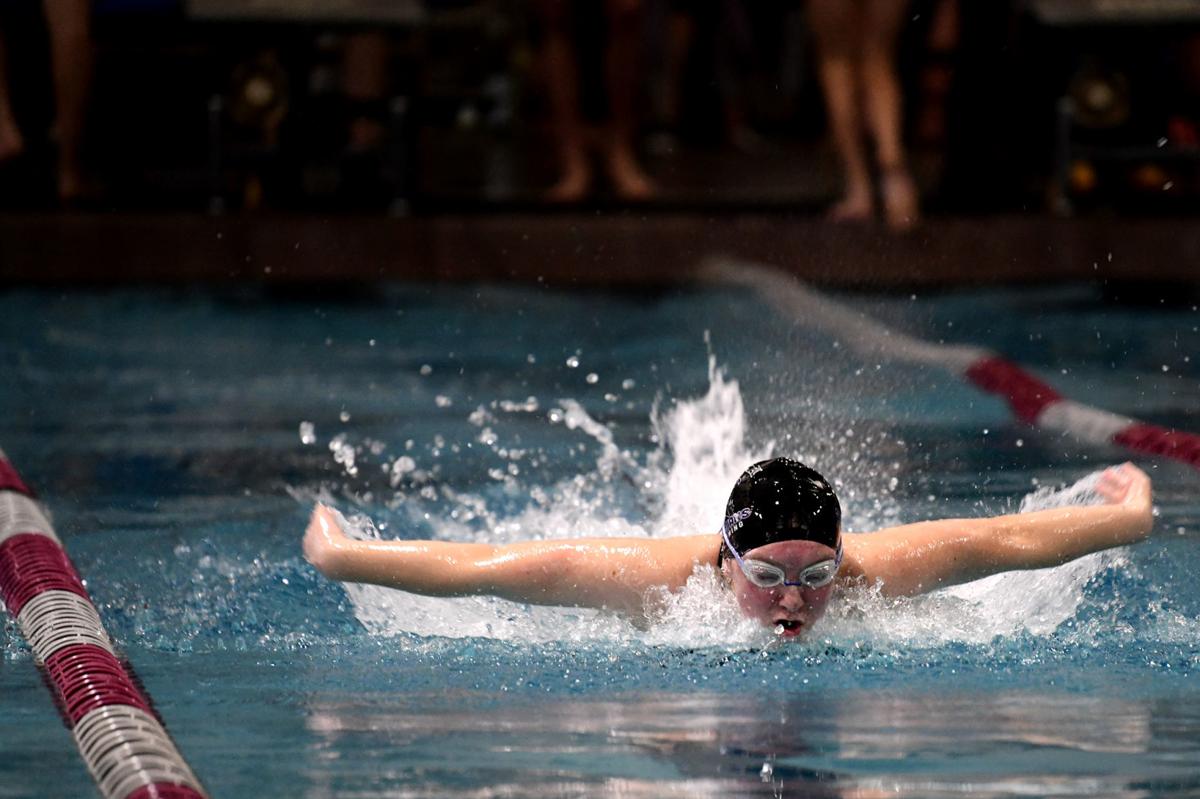 Missoula Sentinel's Hannah Powell competes in the girls 100 butterfly during the Missoula City Meet at Grizzly Pool on Saturday. Powell finished second with a time of 1:11.39. 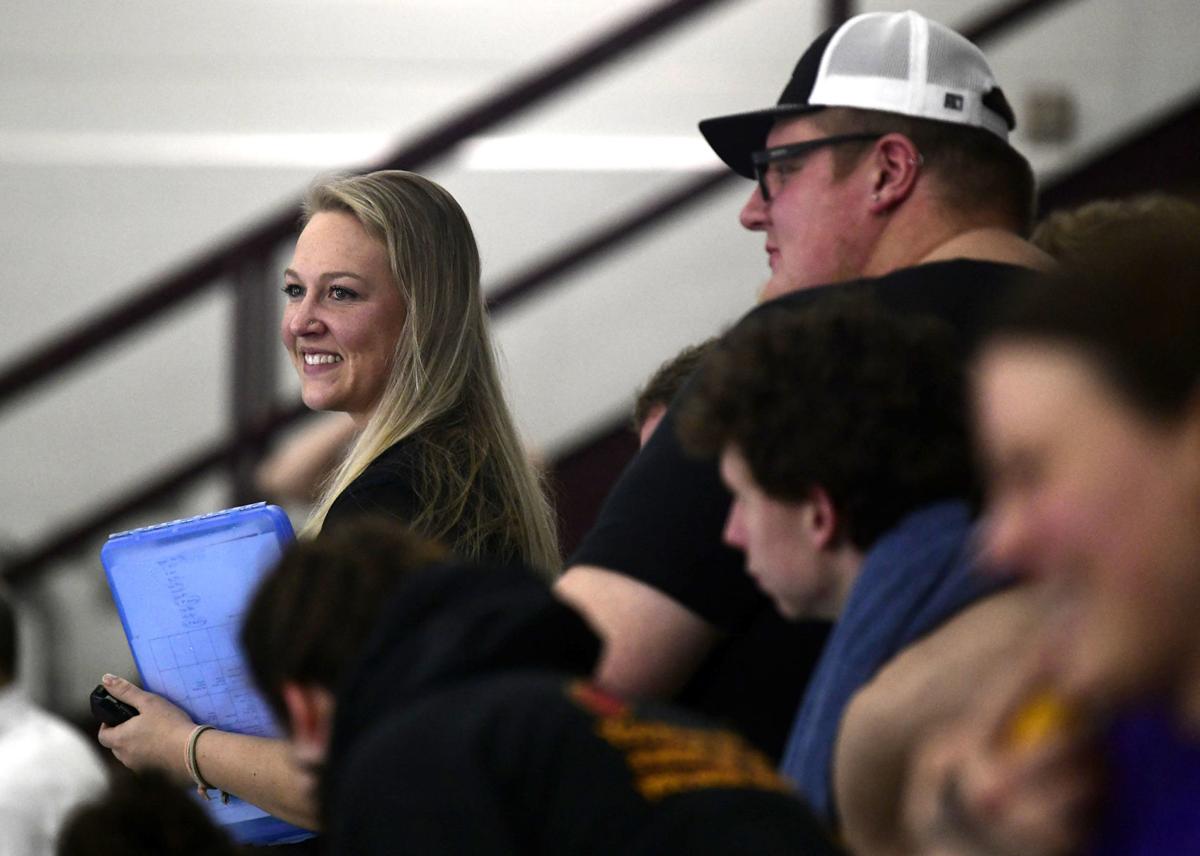 Morgan Zimmer, head coach for Missoula high school swimming programs, observes from the side of the pool during the Missoula City Meet. 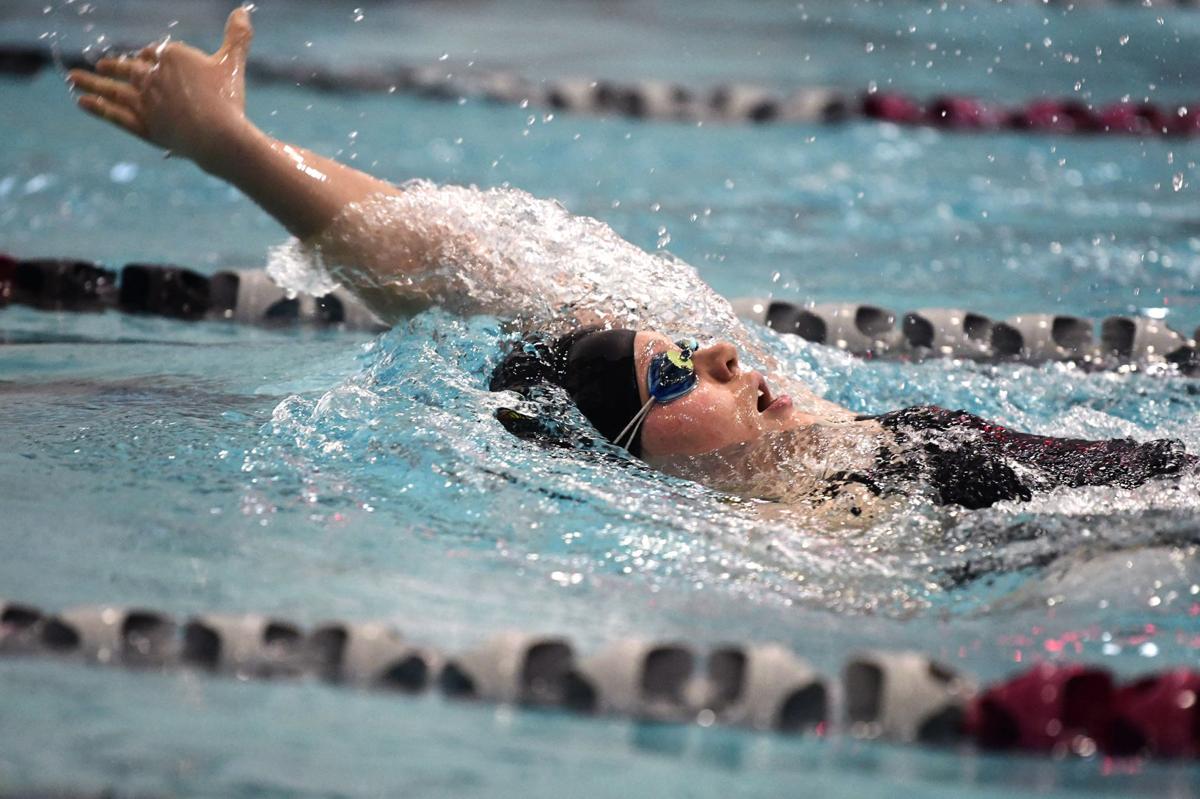 Missoula Sentinel's Hannah Powell competes in the girls 100 butterfly during the Missoula City Meet at Grizzly Pool on Saturday. Powell finished second with a time of 1:11.39.

Morgan Zimmer, head coach for Missoula high school swimming programs, observes from the side of the pool during the Missoula City Meet.

MISSOULA — Missoula swim coach Morgan Zimmer isn’t sure where the swimming term “full boat” came from, but she knows she likes what it stands for, and she’s implementing it with her team.

Zimmer is a Havre native and Montana grad in her first year as the head coach of all three Missoula high school teams. She spent the past two years on the staff and took over for former coach Helen Houlihan, who led the Hellgate boys and girls to six consecutive team state titles.

For Zimmer, being “full boat” means all swimmers competing in every event at least once throughout the season. It’s a requirement to be on varsity in her system.

“It all about being the captain of your own ship,” Zimmer said on Saturday at the seven-team Missoula City Meet at Grizzly Pool, where the Hellgate girls took first, the Sentinel boys won and Hellgate won the combined title.

“They’ll be able to see what their best times are, and it shows there's a potential for more for them to aspire to. It also helps to build their confidence and can be a bridge onto bigger things.”

Zimmer knows quite a bit about what it takes to win. The former Havre swimmer was part of four consecutive state championship teams from 2004-07. She also helped coach Hellgate to back-to-back titles the past two seasons under Houlihan.

Now Zimmer is calling the shots with a “full boat” approach that could potentially haul in a boatload of state championships. Even she knows continuing the legacy of Missoula swimming won’t be an easy task, but it’s one she’s up to.

“It’s very exciting,” Zimmer said. “But I think if you’re not nervous, you’re not ready and you’re not in the right position. It’s more excited nerves than anything.”

Zimmer also knows about coaching swimmers toward reaching their potential. She started volunteering in recent years, sharing her knowledge and what she knew it took to succeed in the sport, which she began at 7 years old.

Zimmer has been a coach in the Masters Swimming program at the Missoula YMCA alongside Brady Baughman, who’s one of four assistant or volunteer coaches on her staff. The others are Jay Friend, Kirby Majerus and Hannah Shepard.

“This has been great and kind of gone exactly how I expected it to go,” Zimmer said. “The kids are amazing. They’re very trustworthy and are on top of their events. And it was fun to put together my own staff.

“So, I’m loving it. This is my atmosphere. This is where I want to be.”

Zimmer also got to work alongside Houlihan at the high school level in the final two years of Houlihan’s 10-year stint as the head coach. She was first an assistant coach two years ago and was then the co-head coach last year.

In the latter role, Zimmer was responsible for more of the hands-on work, coaching on the deck and running workouts. It’s the interaction with the kids she cherishes as a coach, whether it’s seeing junior varsity swimmers gain confidence by progressing in learning a stroke or varsity swimmers seeing their work pay off by continuing to improve their personal records.

“It’s about them. It’s really not about me,” Zimmer said. “Seeing them succeed and helping them to grow as not only athletes but students and people is what makes it worth it.”

Zimmer’s swimming experience and ability to transfer knowledge were key factors that led to her being hired as the head coach by the athletic directors of the Missoula high schools.

“We liked her connection with the swimmers and her ability to form relationships and to do it in a positive way,” Hellgate athletic director Nick Laatsch said. “She has experience within the program and great coaching experience.

“What makes Missoula great is our programs here are no cut. So, it’s her ability to understand how to develop swimmers, whether she’s working with a newcomer or a potential Olympian.”

In Saturday’s meet, Maxwell won the 100 fly and Seagrave won the 500 free. Maxwell, Seagrave, Kihla Lax and Taylor Thorne won the 200 medley relay. Thorne had a furious comeback on the final leg of the 400 free relay to win with Lax, Sela Etzel and Lauren Riley.

Sentinel and Big Sky didn’t have any state champs last year, but the Spartans got a pair of wins Saturday. Bremer Deaton won the 100 free and was part of the winning 200 medley relay along with Jackson Moe, Alex Vatoussis and AJ McCormick.

“We challenged a lot of swimmers today,” Zimmer said, “and they came through.”