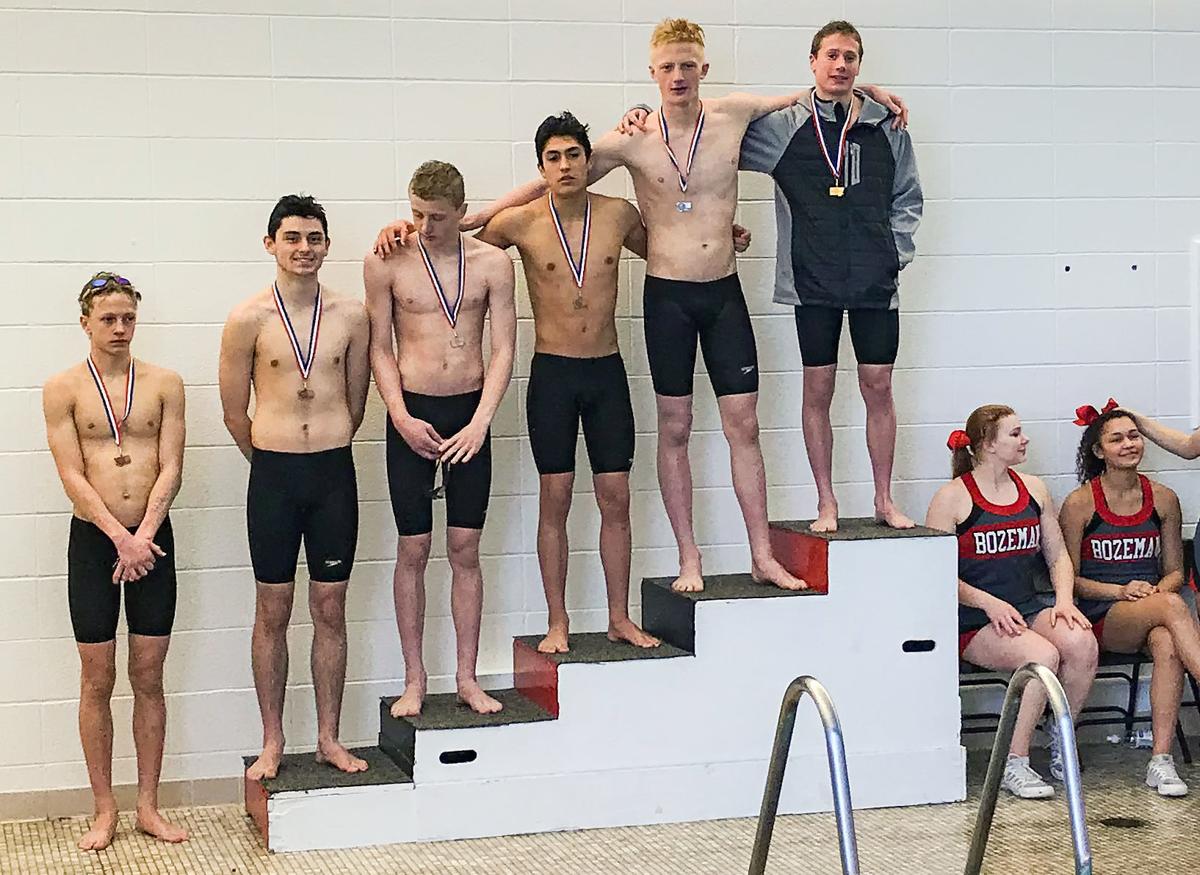 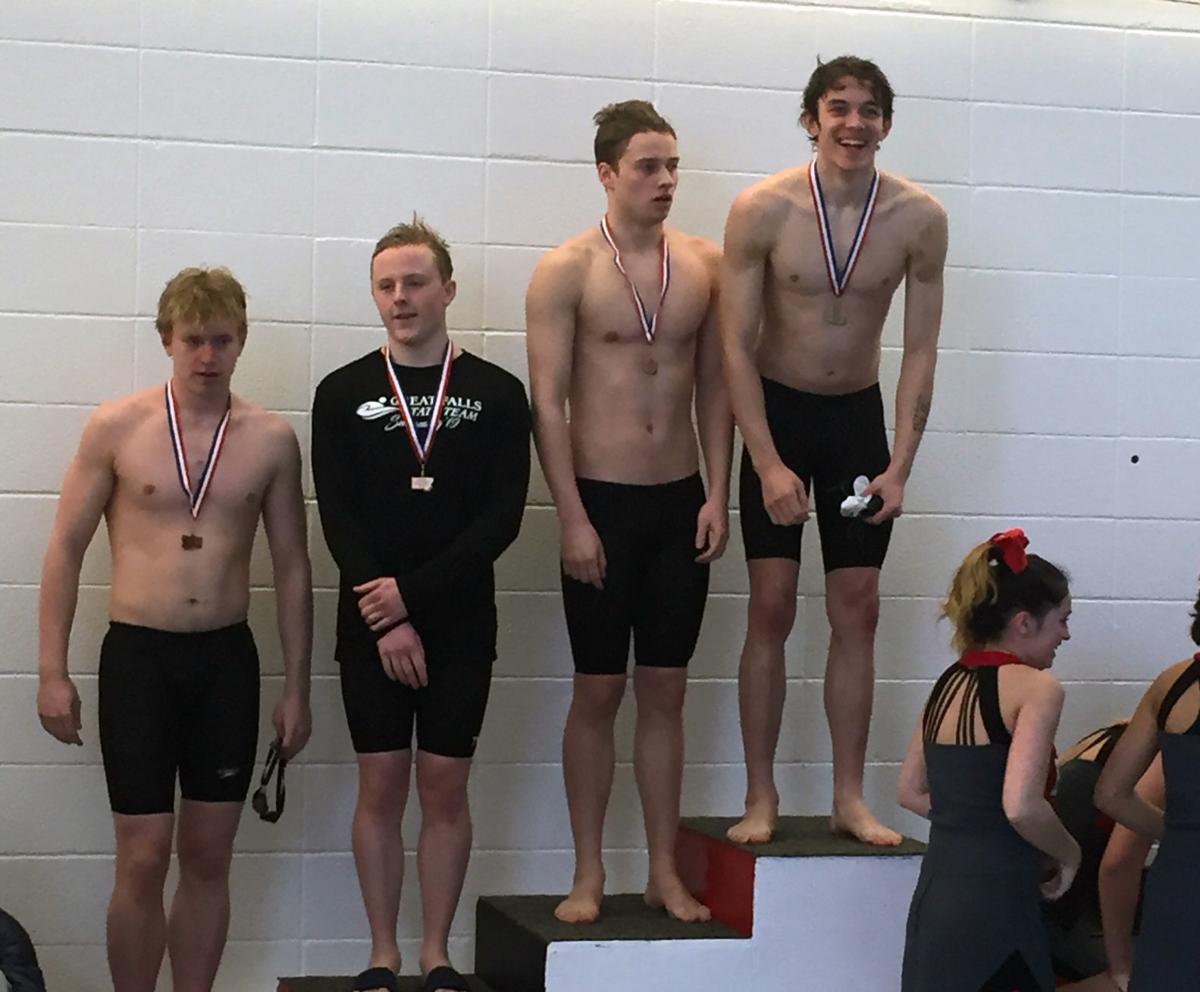 Helena High swimmer Rob Wagner (far right) stands at the top of the podium after capturing the state title in the 100-meter butterfly Saturday afternoon at Bozeman Swim Center. 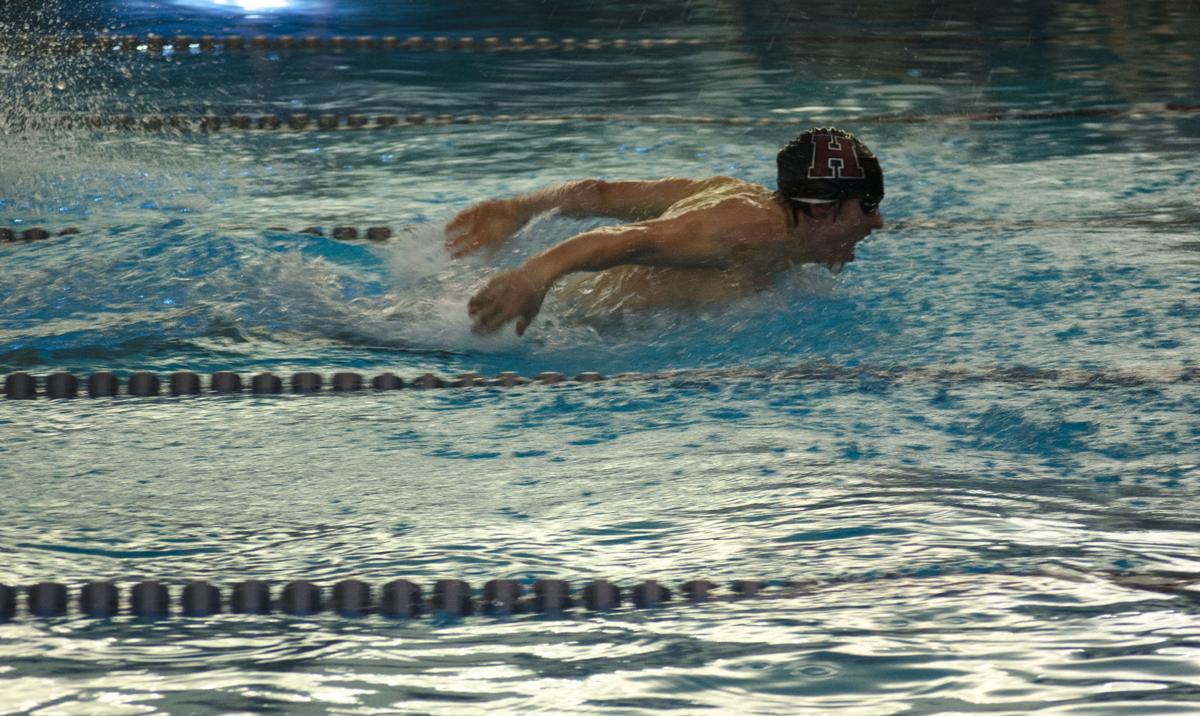 Helena High swimmer Rob Wagner (far right) stands at the top of the podium after capturing the state title in the 100-meter butterfly Saturday afternoon at Bozeman Swim Center.

HELENA — Helena High swimmers Rob Wagner and Parker Keller are up early in the morning committing themselves to become better on virtually a daily basis with little time off.

Their goal is to become the best swimmers they can be. Between them, no detail is overlooked as they look to shed fractions of seconds of their time routinely.

Feeding off their symbiotic relationship, Wagner and Keller both brought home first-place trophies at the state championship meet.

“I’ve been very motivated to get up at 5 in the morning, and train with the same people every day that I love,” Wagner said. "It is a good time, and we train hard. (Parker and I) train together side-by-side, and (Parker) is a good friend of mine. We help each other, and he inspires me a lot to become good at my breaststroke.”

The good news for the Bengals, who aspire to stand at the top of the podium next year, is Hellgate’s dominant team performance was catapulted by nine seniors. The Knights will lose them to graduation, creating already surging expectations for next year’s team.

“With Hellgate losing nine seniors, and we are losing only one senior from the (Capital and Helena) team, we are expecting to take hold of the 200 IM, the 100 backstrokes and the 100 butterflies,” Wagner said. “We are also expecting first in the 200 medley and 400 freestyle relay. We can’t win with just first and second place finishes. Those third and fourth place finishes on the team are very important.”

Keller, who continues to pursue some of his big-time aspirations, swam at the USA Winter Junior National swim championships in Austin, Texas, and continues to strive for bigger goals as his swimming career develops. Currently, Keller has an estimated 10 colleges looking at him to become a member of their swim team, with more likely soon to come.

“I have tried to chase down (Adam) Zimmer’s 100 breaststroke state record,” Keller said. “I am ready to get back into the pool, and put in some more work. I can chase down that record, and a make a new record of my own.”

Wagner continues to remain hungry as he is already looking forward to making the 2019-2020 season even better. Wagner hopes to go to Futures and Junior Nationals next year.

“I feel like goal setting is critical,” Wagner said. “That is the mentality that I have every day is to get up, and go race. I started (doing that) when I was very young on the club swim team with Parker Keller and Christion Goetch. I put in much work into my underwater events, and I feel like that is my weakness. I’ve honestly gotten a little tougher on top of the water with my stamina and endurance.”

For Keller, who has become accustomed to big stages, winning an MHSA Class AA gold medal was an experience.

“As a freshman, I stood at the bottom of the podium, sophomore year I stood in third place but me standing at the top of the podium was honestly just awesome,” Keller said. “That was my first-ever state title. We just had some swimmers on Helena and Capital with some outstanding swims on our team, and that represents a lot of the hard work for every swimmer who went to state, especially for the boys relay teams that came up huge this weekend.”

The Helena boys team broke records in the 200 relay, a group consisting of Wagner, Keller, Goetsch and Jesse Mace, with a time of 1 minute, 39.71 seconds. The previously held record was 1 minute, 45.72 seconds.

Geier, who finished fourth in the 100 backstroke, set a new school record with a time of 1 minute, 1.34 seconds, and the previous record was 1 minute, 2.75 seconds.

“We had much chemistry, and we’ve been swimming together for a while,” Keller said. “Our 200 medley was super close, and it was a good race. We would have come out second in the 400, but we were disqualified.”

Wagner said he enjoyed his experience of winning gold as he continues working on cultivating himself into a top-caliber athlete.

“That state atmosphere I would say is not even close to a regular season meet,” Wagner said. “Everyone is hyped up because it’s the event of the year.”