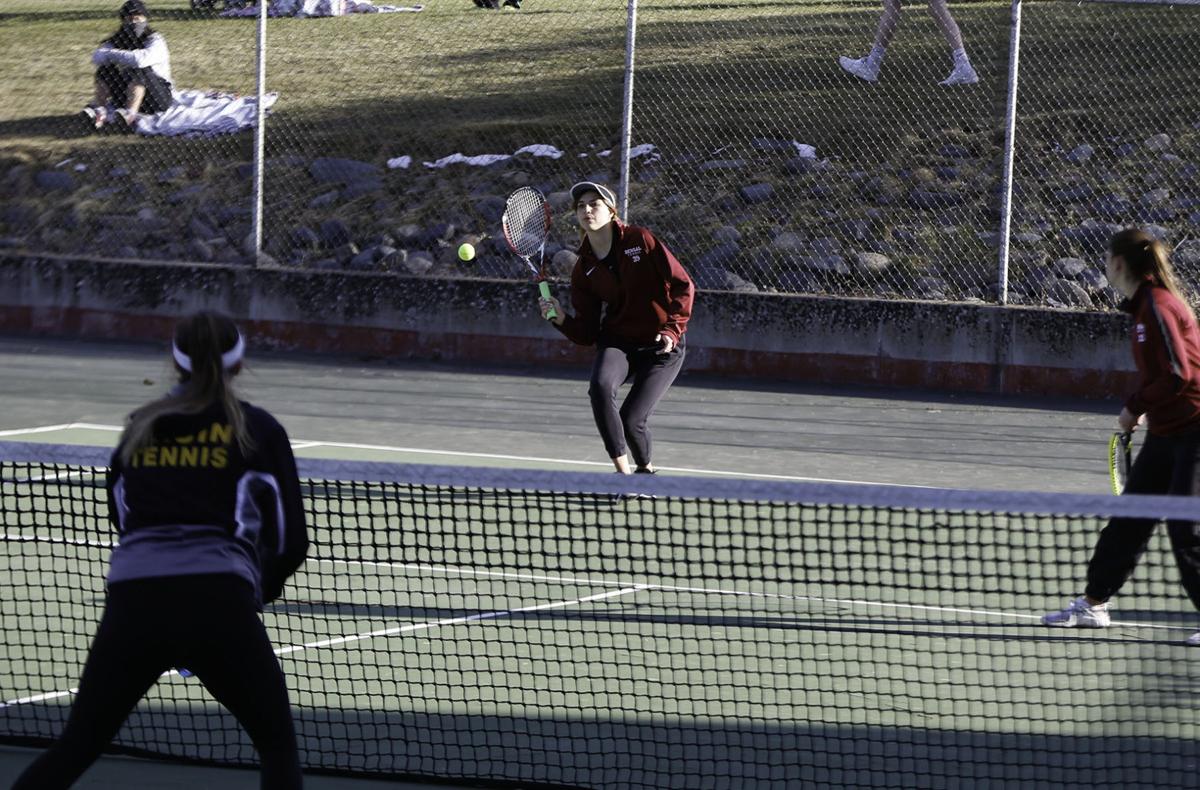 Moein Blaise of Helena High gets ready to hit a volley in a match that proved to be pivotal for the Bengals in their 4-4 draw in the girls dual with Capital Tuesday. 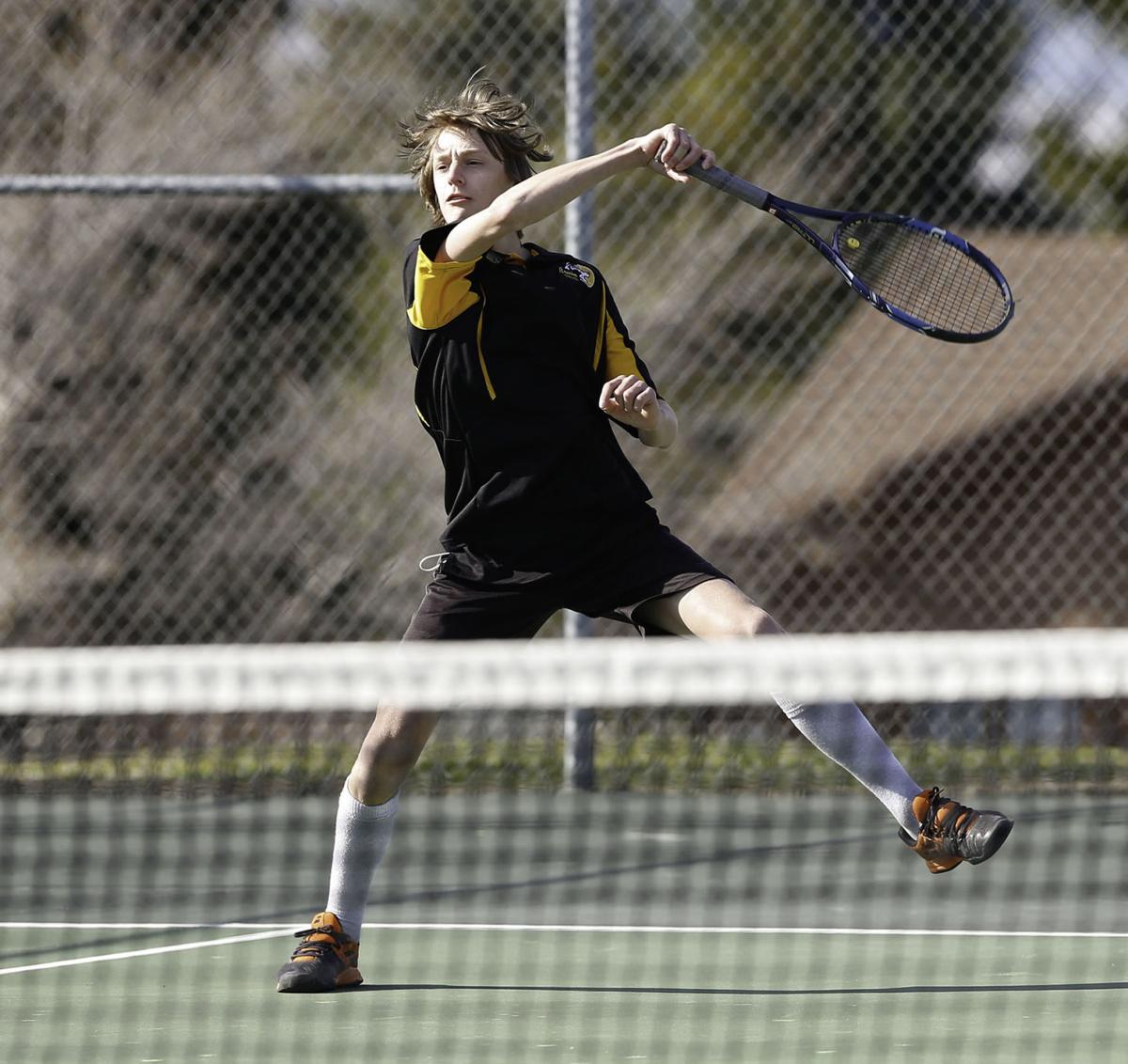 Ryan Ashley of Helena Capital is pictured in a match against Helena High Tuesday at Lockey Park. 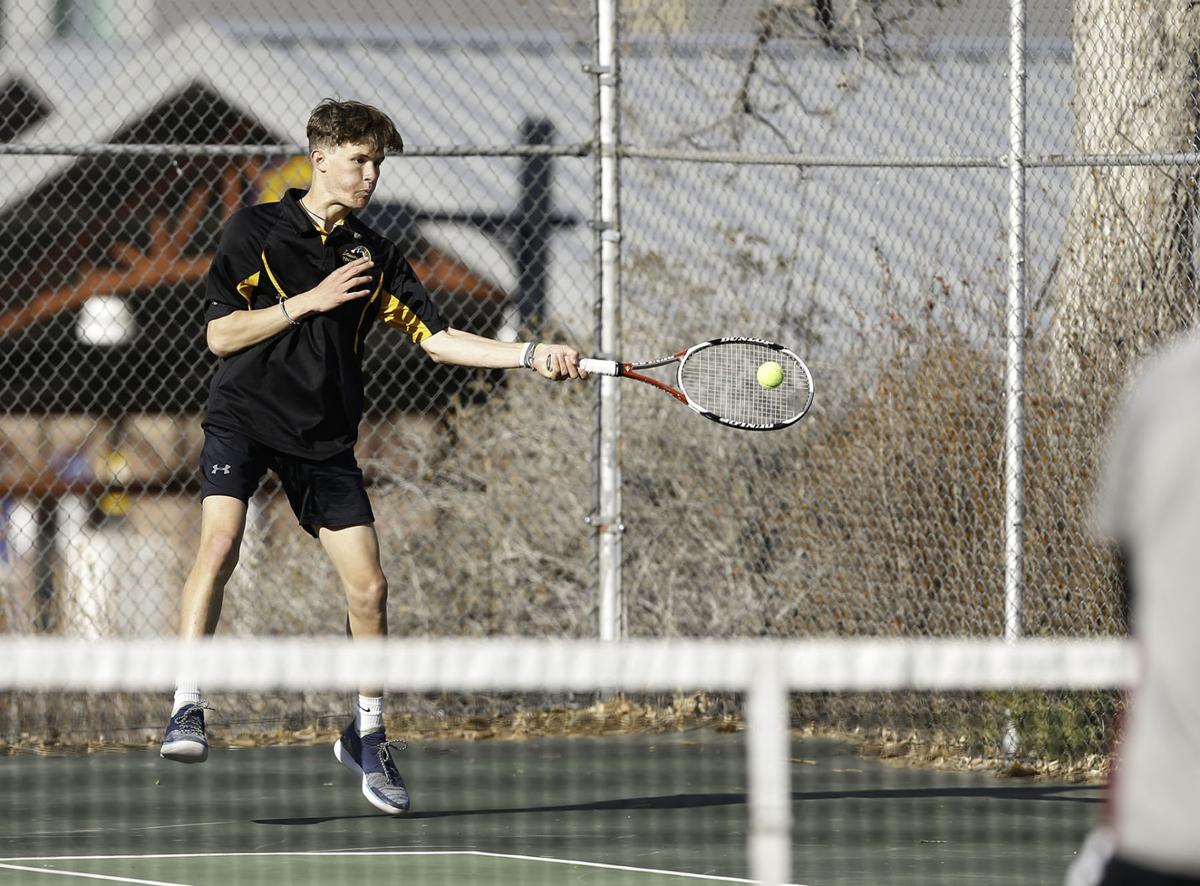 Dylan Dobbins of Capital gets ready to hit a shot Tuesday at the crosstown tennis duals with Helena High. 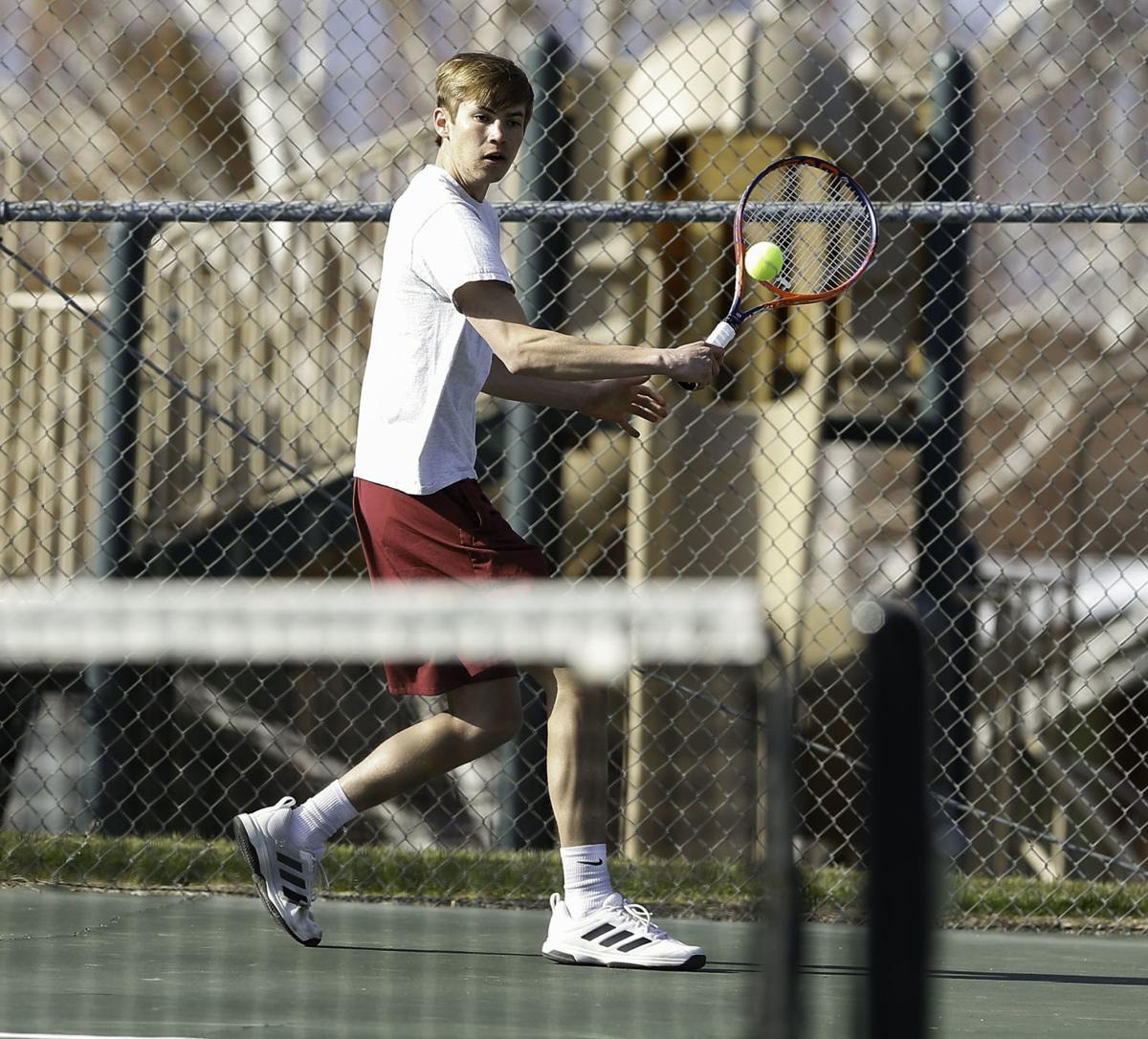 Luke Donaldson of Helena High gets ready to hit a backhand shot Tuesday afternoon at Lockey Park in a tennis dual against Helena Capital.

Moein Blaise of Helena High gets ready to hit a volley in a match that proved to be pivotal for the Bengals in their 4-4 draw in the girls dual with Capital Tuesday.

Ryan Ashley of Helena Capital is pictured in a match against Helena High Tuesday at Lockey Park.

Dylan Dobbins of Capital gets ready to hit a shot Tuesday at the crosstown tennis duals with Helena High.

Luke Donaldson of Helena High gets ready to hit a backhand shot Tuesday afternoon at Lockey Park in a tennis dual against Helena Capital.

HELENA — With Helena High and Capital, there's normal competition and then there's crosstown. The two just aren't the same.

And for the Bruins and Bengals, it had been about two years since they met on the tennis court, with the season being canceled in 2020 and in the first of two crosstown tennis duals this season, the Bengals notched a win and a draw with their counterparts from Capital.

"It was just fun to get the kids have a chance to compete in a crosstown," Helena High head coach Lance Bouchee said. "It's been a long time."

As far as getting a win and a draw?

"Yea, I was really happy with the girls," Bouchee said. "I thought Capital was a little deeper than that, so I was pleased and for the boys, it's always good to get a win."

The Bruins had a chance to win the girls dual, as CHS led 4-3 with one match to go but the Helena tandem of Natalie Seburn and Moein Blaise earned a 6-3, 6-2 win over Ana Salyards and Sarah Kubicka to end the match at 4-4.

"It was exciting and it's been a long time," Capital head coach Ryan Swenson said. "The kids have been talking about it for a long time and all those kids that take lessons with the Helena High kids have been excited to represent their school and so it was good from that respect."

Swenson also liked what he saw, even if the Bruins weren't able to pull out a win.

"I thought that the kids played really well," he said. "It's not quite the result that we were looking for and there are a lot of things we can work on. Crosstown is a different animal and even though our girls team has been especially strong all season, anything can happen in crosstown."

Here's a breakdown of the singles and doubles matches from Tuesday at the Helena Civic Center and Lockey Park.

In what was a beautiful day for tennis at Lockey Park, Helena High and Helena Capital met up for the first crosstown dual of the 2021 season and first since 2019.

Freshman Ryan Ashley and senior Regan Hanson helped the Bruins sweep the No. 1 matches from the Bengals. Ashley beat Helena’s Luke Donaldson 6-2, 7-5, while Hanson got the better of Qayl Kujala 7-5, 6-4.

“It just means I’ve done good in practice,” Ashley said of his win. “I’ve worked hard, gotten a lot better over the season. I think I played pretty well out there, I was focused on a lot of the stuff I’ve worked on.”

It was also the freshman's first introduction into crosstown tennis.

“I knew before it was a pretty friendly relationship,” Ashley said of the Crosstown rivalry. “There’s no yelling or screaming or anything like that. Just to be part of it is really great, just to be able to get out here and play.”

While Hanson’s victory over Kujala to wrap up the girls singles sealed a 3-1 advantage for the Bruins, wins by Mara Flynn and Kayla Bridges helped set the tone.

Over at the Civic Center, the Helena High boys cemented their win in the dual by winning the first three doubles matches.

Logan Snarr and Parker Virts defeated the Capital team of Kade O'Brian and Kevin LaChere 6-2, 6-3 to start things off, while Karson Stefanik/Tanner Dauenhauer won 6-3, 6-3 over John Settle and Carter Fehr.

Heath Caldwell and Hunter Cromwell also won for Helena High by the scores of 6-4 and 6-1 over the CHS team of Brady Arnold and Dylan Dobbins.

The Bruins No. 1 team did take home a win in doubles, winning 7-5, 6-2 over Ethan Hayes and Dylan Maharg of Helena High.

Hannah Romney and Kimber Miller of Helena High knocked off Rachael Stacey and Elsie Ambrose 6-2, 6-7 and 10-4, taking home the win in the tiebreaker, which was the only match of the day that went beyond two sets.

Lilian Keeton and Emma Hopkins (7-5, 6-0) did get a win for Capital in the No. 3 matchup against Maya Goetz and Liv Peterson.

Helena's No. 1 duo of Emma Hasquet and Eva Santos notched a 6-0, 6-1 win over Miranda Sheafor and Abby Wiles of Capital, then Blaise and Seburn were then able to finish off the dual and the 4-4 tie with their win over Sheafor and Miles.

"I think probably fitness might be a little bit of a factor this year, so far, just with the masks and the weather right now," Bouchee said. "But they’re enjoying it, they got a lot out of it today. A lot of them are friends, too, from both sides of town, so it was kinda fun to see them get together."