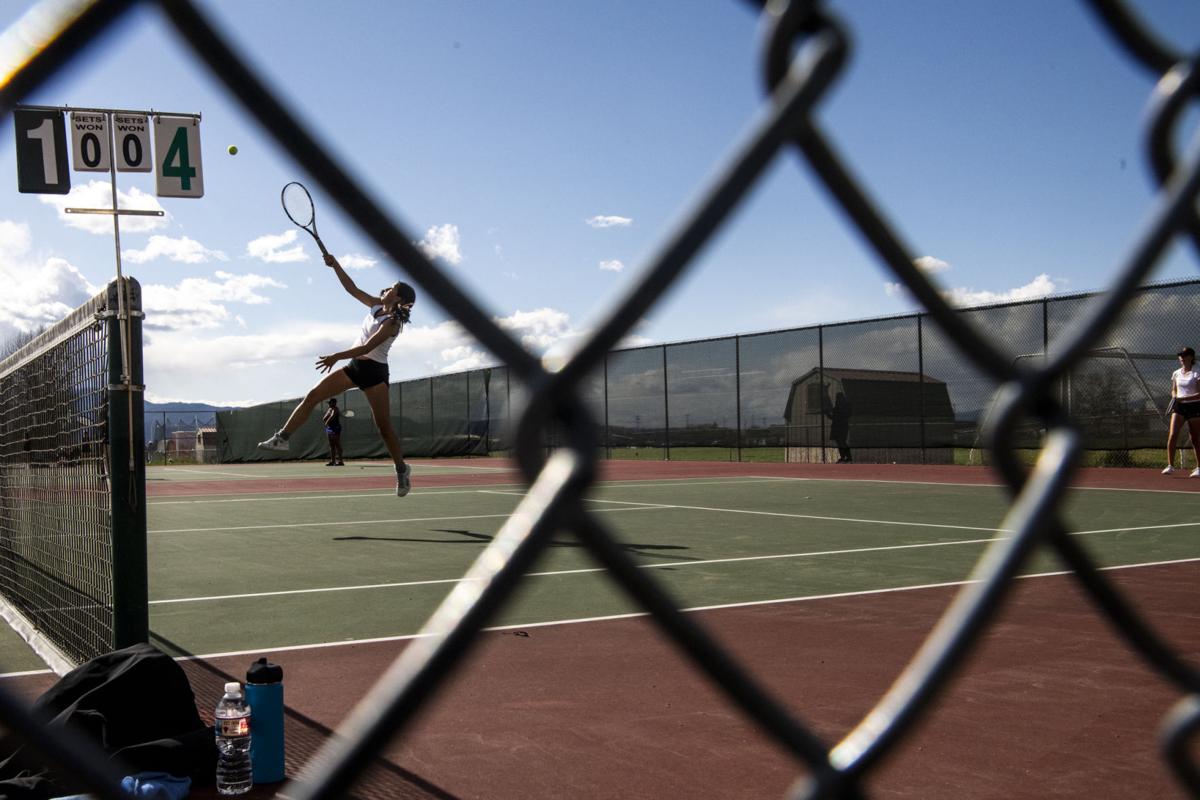 Missoula Hellgate’s Ashley Young returns the ball during the No. 1 girls doubles match against Sentinel Tuesday at Playfair Park. 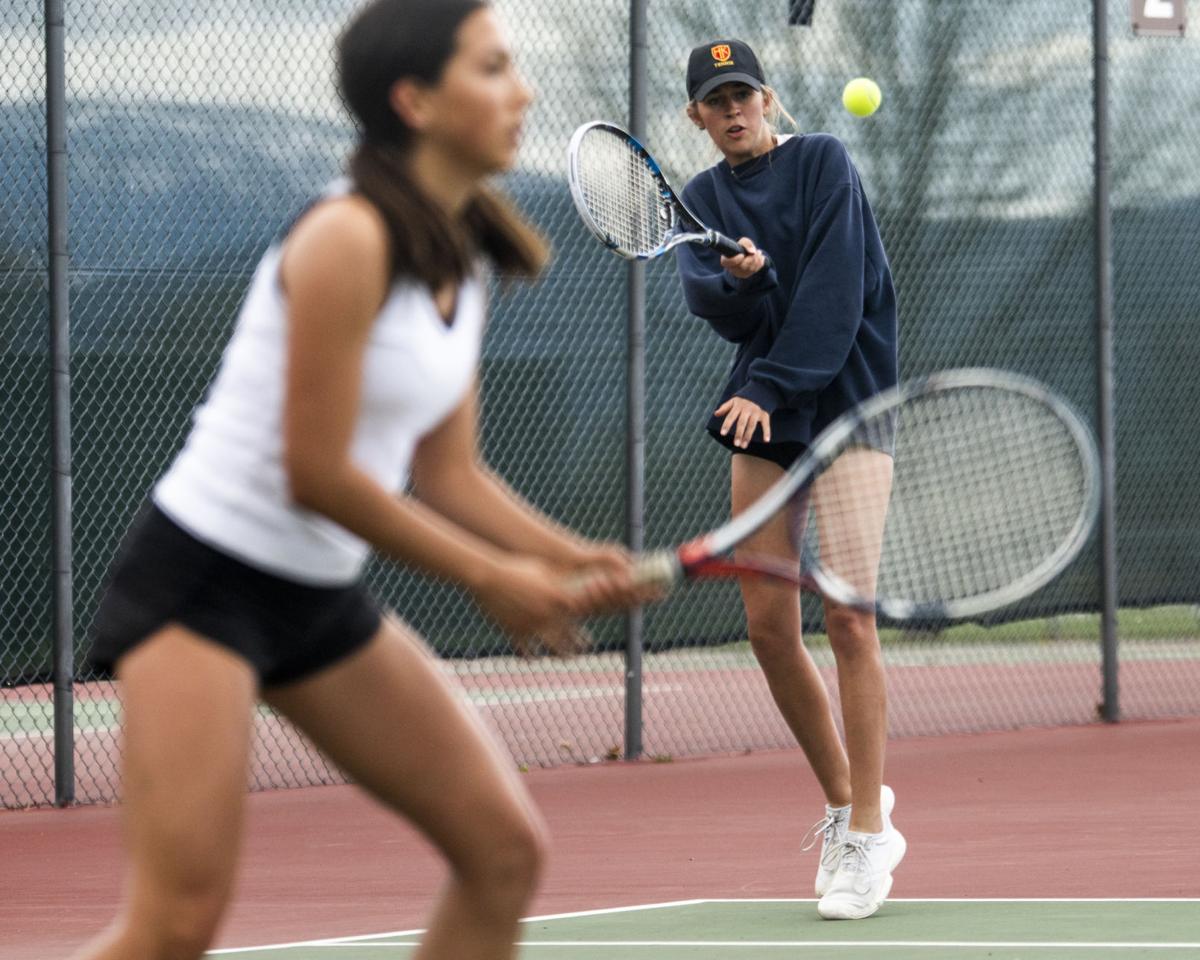 Hellgate’s Lilly Wright, at right, returns the ball during their tennis match against Sentinel at Playfair Park, Tuesday, May 4, 2021. 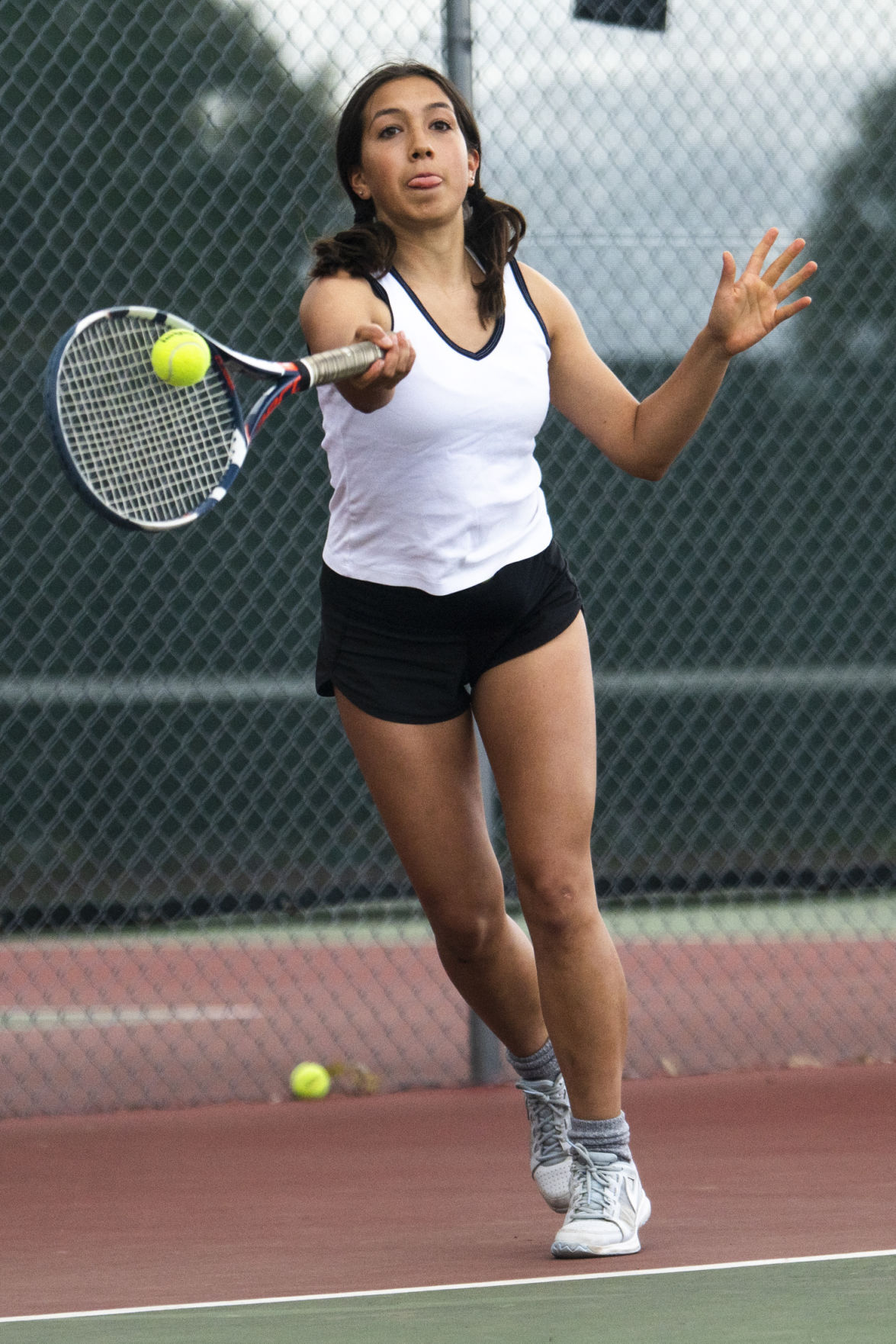 Hellgate’s Ashley Young returns the ball during their tennis match against Sentinel at Playfair Park, Tuesday, May 4, 2021.

Missoula Hellgate’s Ashley Young returns the ball during the No. 1 girls doubles match against Sentinel Tuesday at Playfair Park.

Hellgate’s Lilly Wright, at right, returns the ball during their tennis match against Sentinel at Playfair Park, Tuesday, May 4, 2021.

Hellgate’s Ashley Young returns the ball during their tennis match against Sentinel at Playfair Park, Tuesday, May 4, 2021.

The two complement each other exactly how a coach would envision his top doubles tandem would.

Wright secures the baseline, rarely allowing deep balls to get by her. She reaches high for shots that many would allow to bounce over their heads. In front, Young plays an aggressive style at the net. She is comfortable tracking down and killing softly hit shots back at her opponent to get other teams off their game and into a more defensive style.

It is just a little surprising the two are playing in their first season of doubles together. They were two of Hellgate's stalwarts in singles until the coaching staff put the two together in doubles.

So far is sure seems to be working out pretty well for the Hellgate No. 1 girls pairing.

"Their games really complement each other," Hellgate assistant coach John Ledyard said during Tuesday's dual meet against Missoula Sentinel at Playfair Park. "Ashley is really, really confident moving around at the net and Lilly is your quintessential backboard. She is just able to be steady. That's kind of what you look for in doubles teams."

The pair agrees with their coach's sentiment.

"I feel like we know what to say to each other when we need it," Young said.

Together the tandem has lost just once this season.

The quick start has been fun for the two, neither of whom have played doubles in high school before this season.

"I feel like it is really exciting. I've never played doubles and it is really fun to see that success," said Young, who has played competitive tennis for about five years.

"I feel the same. It is really exciting and new," Wright added.

Against Sentinel's No. 1 doubles squad, Mia McLennan and Jayden Johnston, Young and Wright had to scramble a bit. The Hellgate top squad took a well-earned 6-4 win to open in a windy and rainy start to the day. The Hellgate duo fell 6-2 in the second before taking a 6-2 tiebreaker win to clinch the match — the weather eventually calmed down to more reasonable spring sunshine and light wind.

The chemistry between the two was apparent with Young manning the front with strong overhead kills and a few quick returns to keep Sentinel on its heels. Meanwhile, behind Young, Wright kept the backline secure with reaching returns off high bounces and the occasional deep shot to catch Sentinel off guard.

For the match, the Hellgate girls took a clean sweep over Sentinel. In girls doubles, Hellgate took all four with wins in the Nos. 2, 3 and 4 doubles matches.

Hellgate's Oliver Hansen took a 6-2, 6-2 win over Sentinel's Brennan Lederer on the boys singles No. 4 court and following that final Hellgate took a win on singles No. 3 behind a tight three-set contest.

Missoula Big Sky boys tennis player Jace Tolleson Knee wraps up a perfect record against city competition and earns the No. 1 seed for the divisional tournament as he continues his breakout senior season.