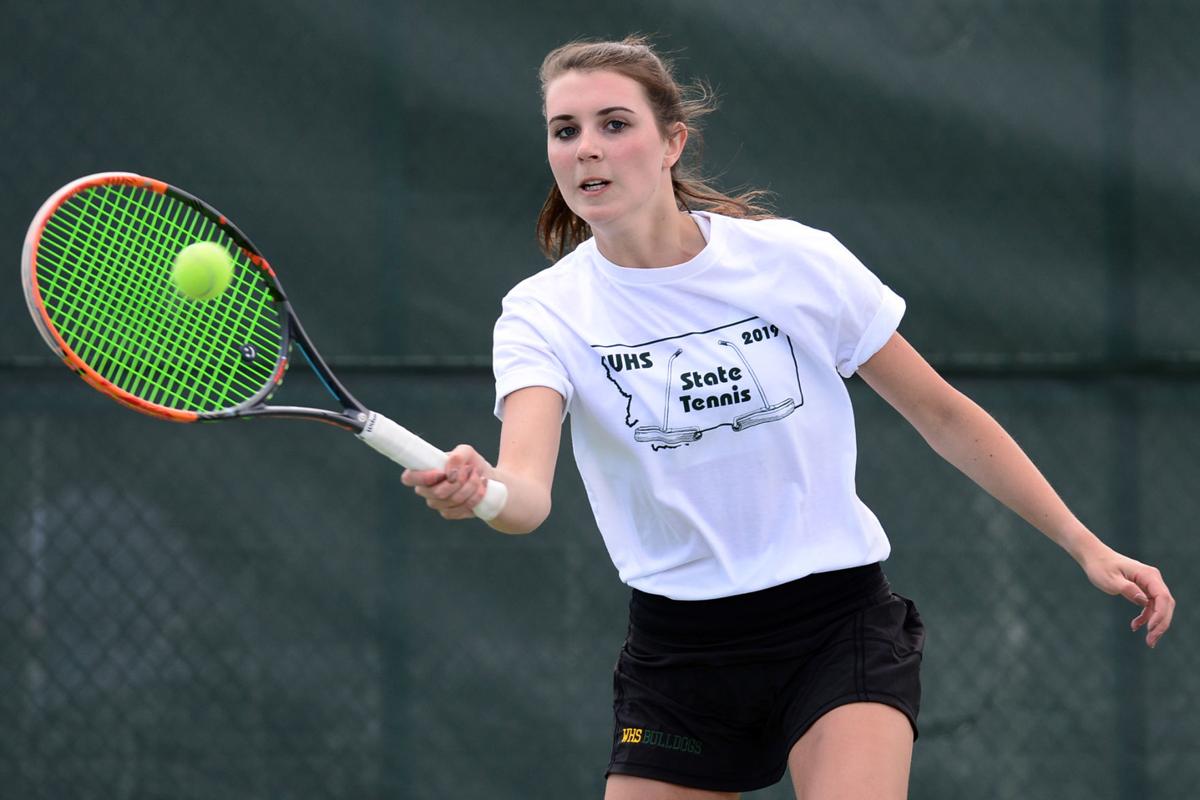 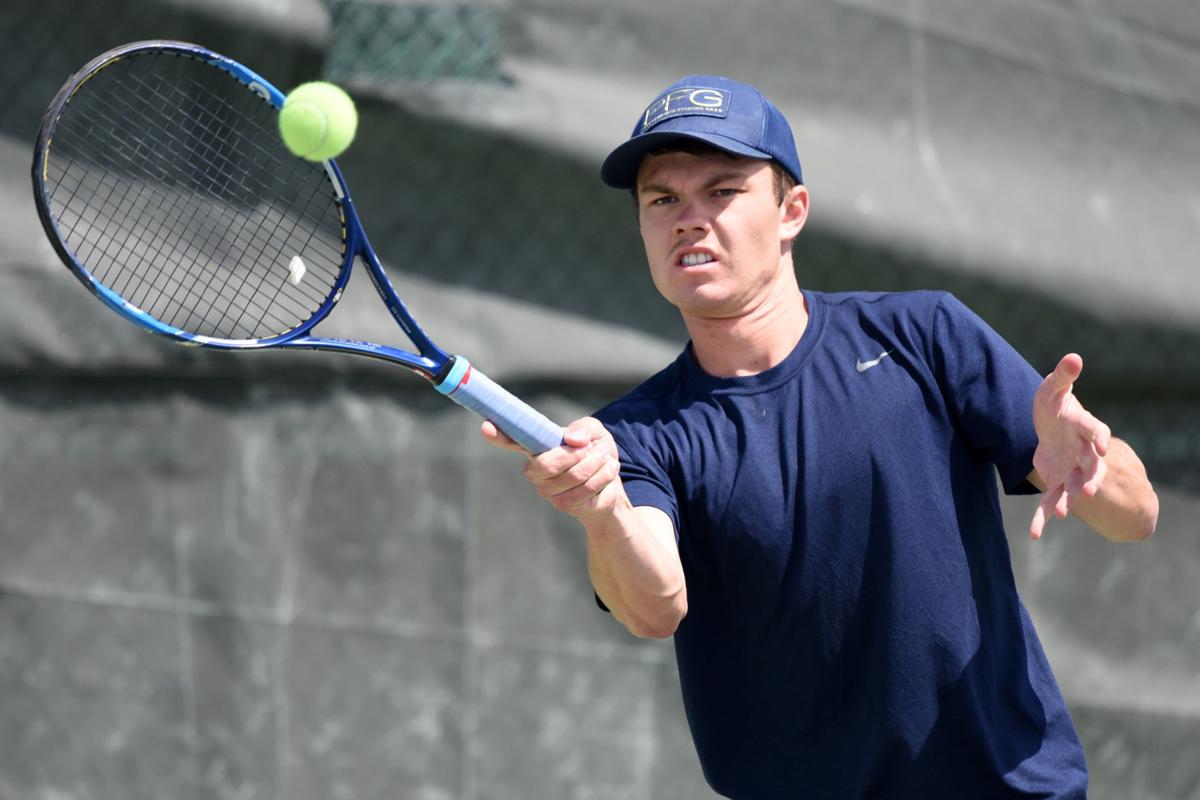 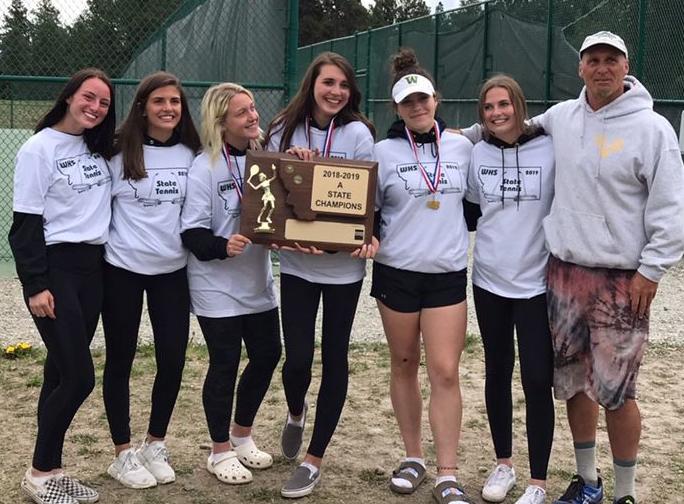 The Whitefish girls tennis team poses with its State A team championship trophy. 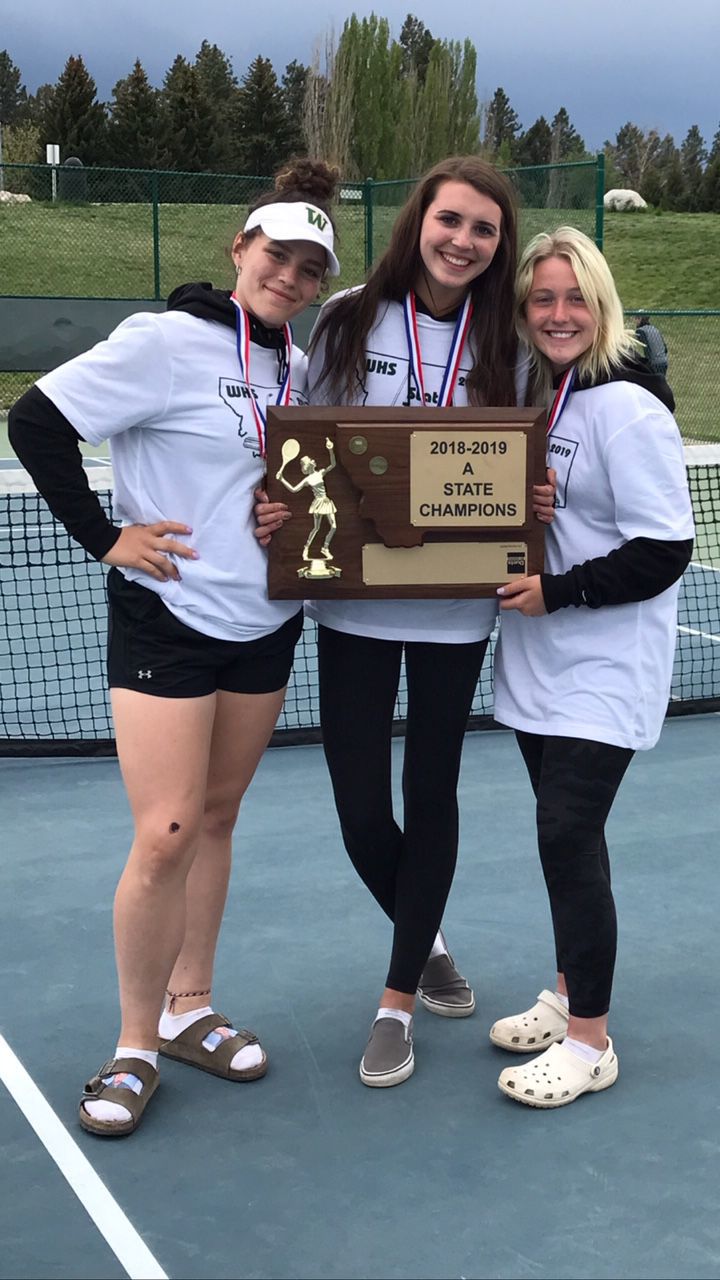 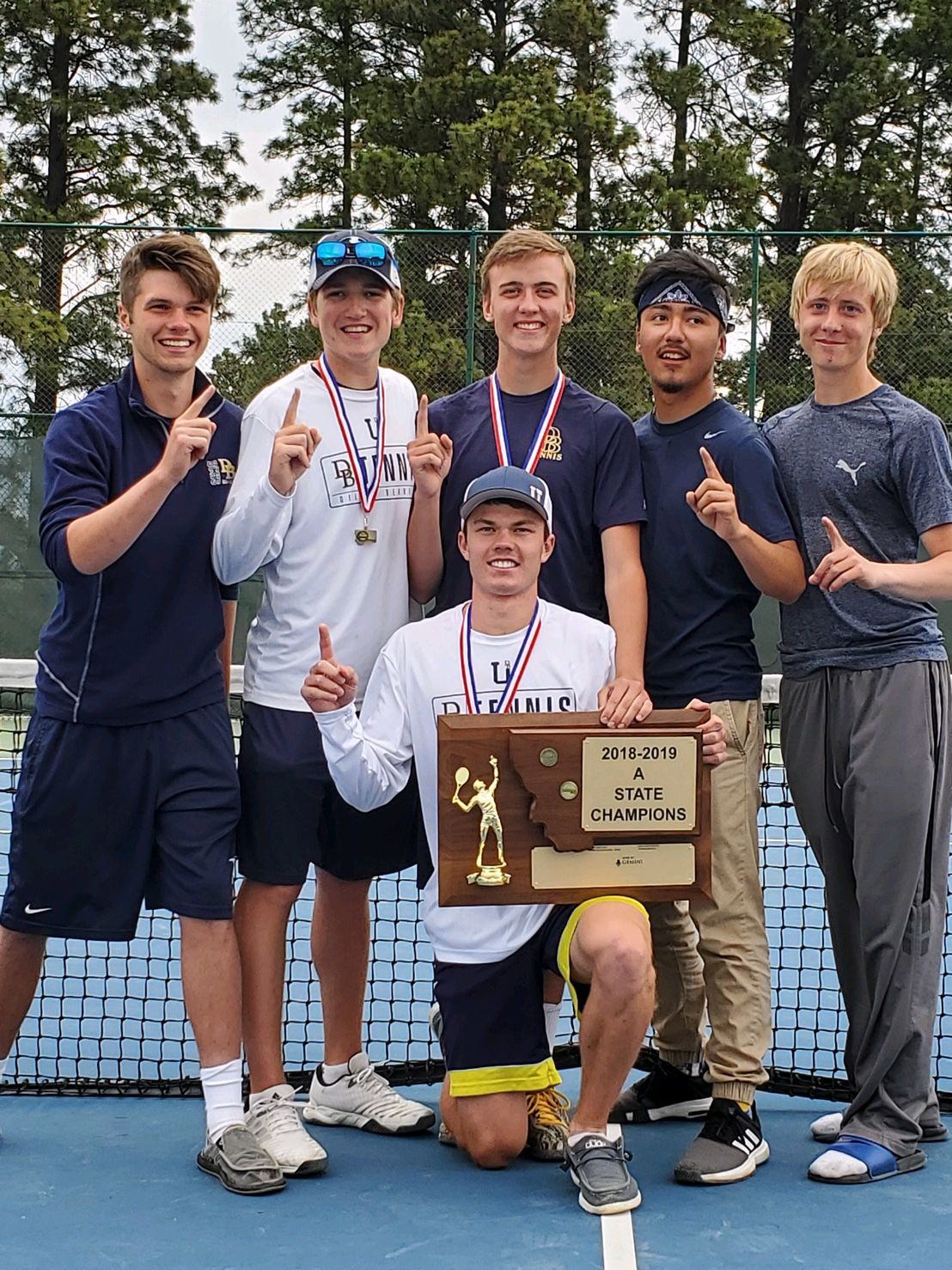 The Dillon boys tennis team poses with its State A championship trophy. 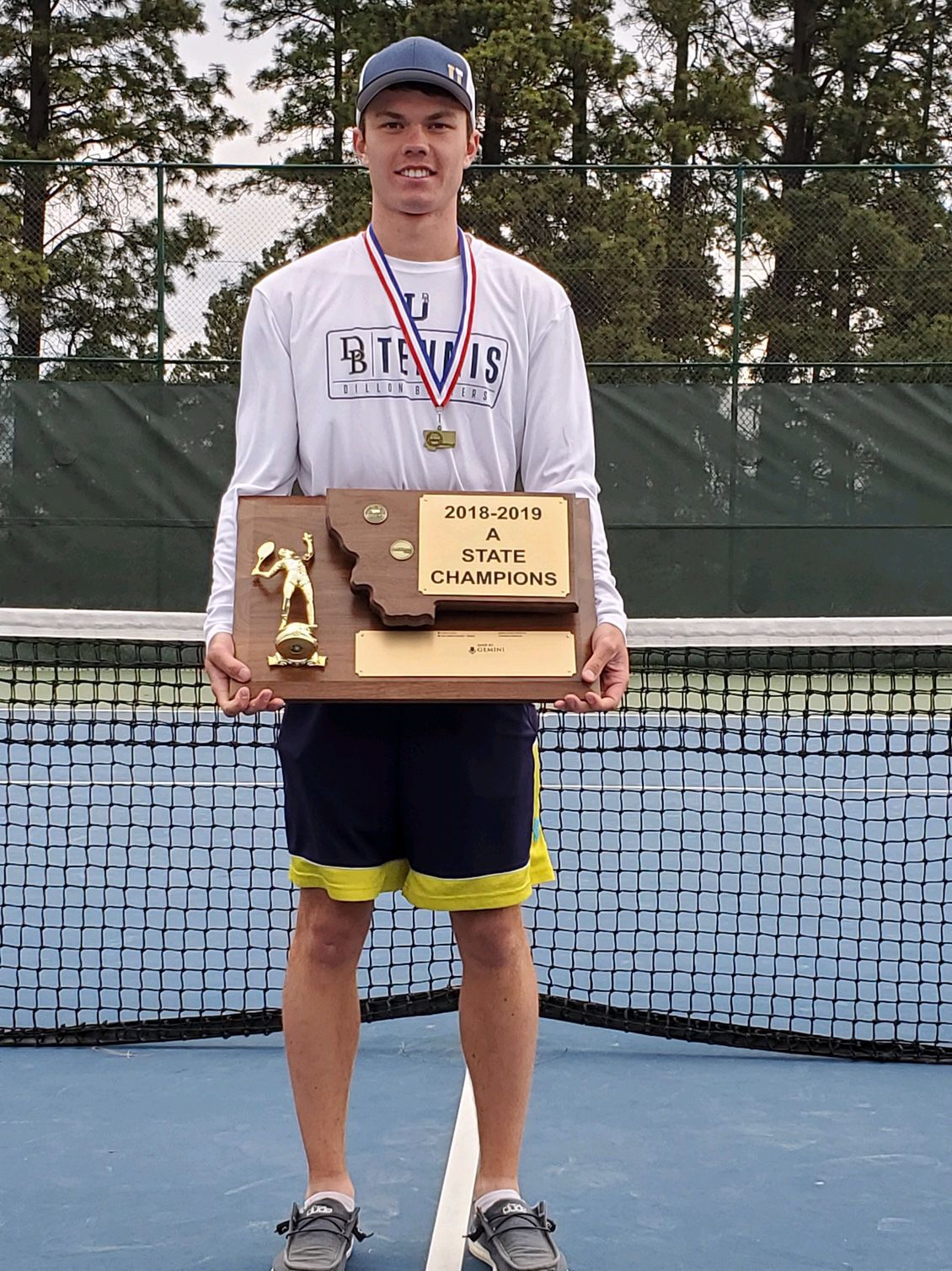 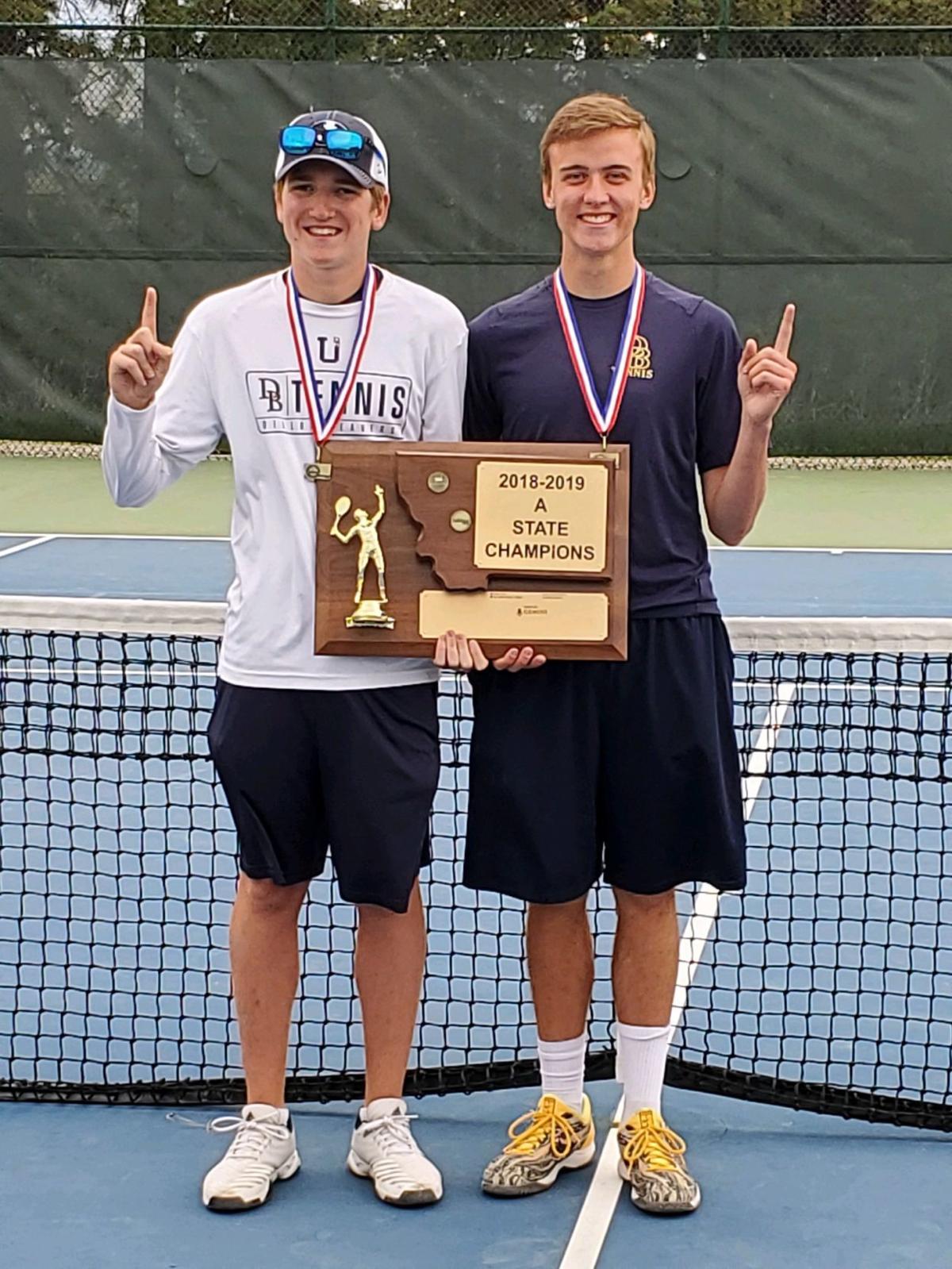 The Whitefish girls tennis team poses with its State A team championship trophy.

The Dillon boys tennis team poses with its State A championship trophy.

KALISPELL — There aren't any indoor tennis courts within 100 miles of Dillon, so it's hard to imagine the high school boys team ever winning a state championship.

Whitefish, Corvallis, Polson, Billings Central ... all of those Class A powers have indoor tennis courts within a reasonable driving distance and players take advantage in the winter. Down in Dillon, tennis teens bide their time with basketball or part-time jobs until the snow melts at 5,280 feet.

On Friday, the Beaver boys did something rather remarkable. Seven years after the birth of their net program, they secured state bragging rights in, well, everything. Brad Rakich won his second straight singles title, Mark Southam and Nathaniel Leonardson won the school's first doubles crown and the Beavers took top honors as a team.

The secret? It's simple really, and Southam is not afraid to let it out.

"Lots of running and conditioning, a lot of work put in after practice," he said.

No one in Class A tennis has logged more miles running than Rakich the last two years. A wide receiver on the football team and a starter on the basketball team, he was pitted against a formidable foe in the finals Friday afternoon in Whitefish's Brendan Buls.

Buls was determined to avenge last year's loss to Rakich in the finals. For a while it looked as if their rematch was going to go three sets, then Dillon's two-time state champ dipped into his reserves and found something extra, winning in straight sets, 6-3, 7-6 (6).

"I was really excited when I came back from 1-4 and I had the hold there at 5-4. I could have won it then," Rakich said of the set score leading up to the second-set tiebreaker. "I just kept grinding. I had a couple points that I ran down a whole long way."

Rakich didn't quite make it two straight years with a perfect record, losing to Caleb Warnken of Corvallis earlier this spring. That's about all he didn't accomplish in an impressive run that has netted him a partial scholarship to play tennis at Morningside College in Sioux City, Iowa.

"It was different this year because I had a bigger target on my back," he said. "It would have been nice to get the undefeated season again but that one day in Corvallis, it just wasn't my day."

Dillon coach Lois Woodard, who has been teaching Rakich tennis since he was in grade school, pointed out that her team faces a special sort of challenge every time it takes the courts away from Dillon.

"Our boys, their power is not as effective at places like this where it's 2,900 feet," she said Friday from her vantage point above the Flathead Valley Community College outdoor courts. "I tell our boys a lot, placement is more important than power. But it's always a challenge for them.

"One thing I'm proud of is that all five of our senior boys got points here at state. That was super awesome."

The Whitefish girls also swept to a team title.

That win stands out for the Bulldogs in their push for a team title because Potthoff and Hanks lost to Harlan and Ellis twice this season, including a heartbreaker in divisionals last weekend.

"It's super exciting because we're young — we're juniors and our singles (champion) is only a sophomore," Hanks said of winning the team championship. "It's super big because Polson, although we love all the players on the other teams and we're friends with them, that's kind of Whitefish's rival for tennis. So it's huge."

Potthoff and Hanks seemed destined for disappointment after dropping the first three games of the match and losing the first set. Few would have expected they'd win 12 of the next 14 games to secure state gold.

"I think we just got in their heads a little bit because they felt the pressure of getting their second set," Potthoff said. "We had no pressure on us. We were just like, eh, we're going to play to have fun. We just got 'em then."

The third set was most surprising of all. Whitefish broke Harlan's serve in the first game and raced to a 5-0 lead.

"If it's an important match, we just stay happy, because that's what works best for us," Hanks said of the deciding set.

Smyley had perhaps her toughest set of the season to open the title match against Lima. The Rangers' top player — who earned her spot in the championship with a heroic three-set win over defending state champion Shae McGuinness of Polson Friday morning — built a 5-4 lead on Smyley.

Then suddenly Smyley turned on the afterburners. She mixed up moon shots with power strokes in winning nine of the next 12 games.

"I was definitely nervous at the beginning," Smyley said. "Then I started reading what she liked and what she didn't like and I started utilizing that a lot.

"I tried to keep the ball in and not go for too much. Maybe go for 60 percent on my shots instead of 100 and hitting the fence."

Coverage of the 2019 state tennis tournaments.