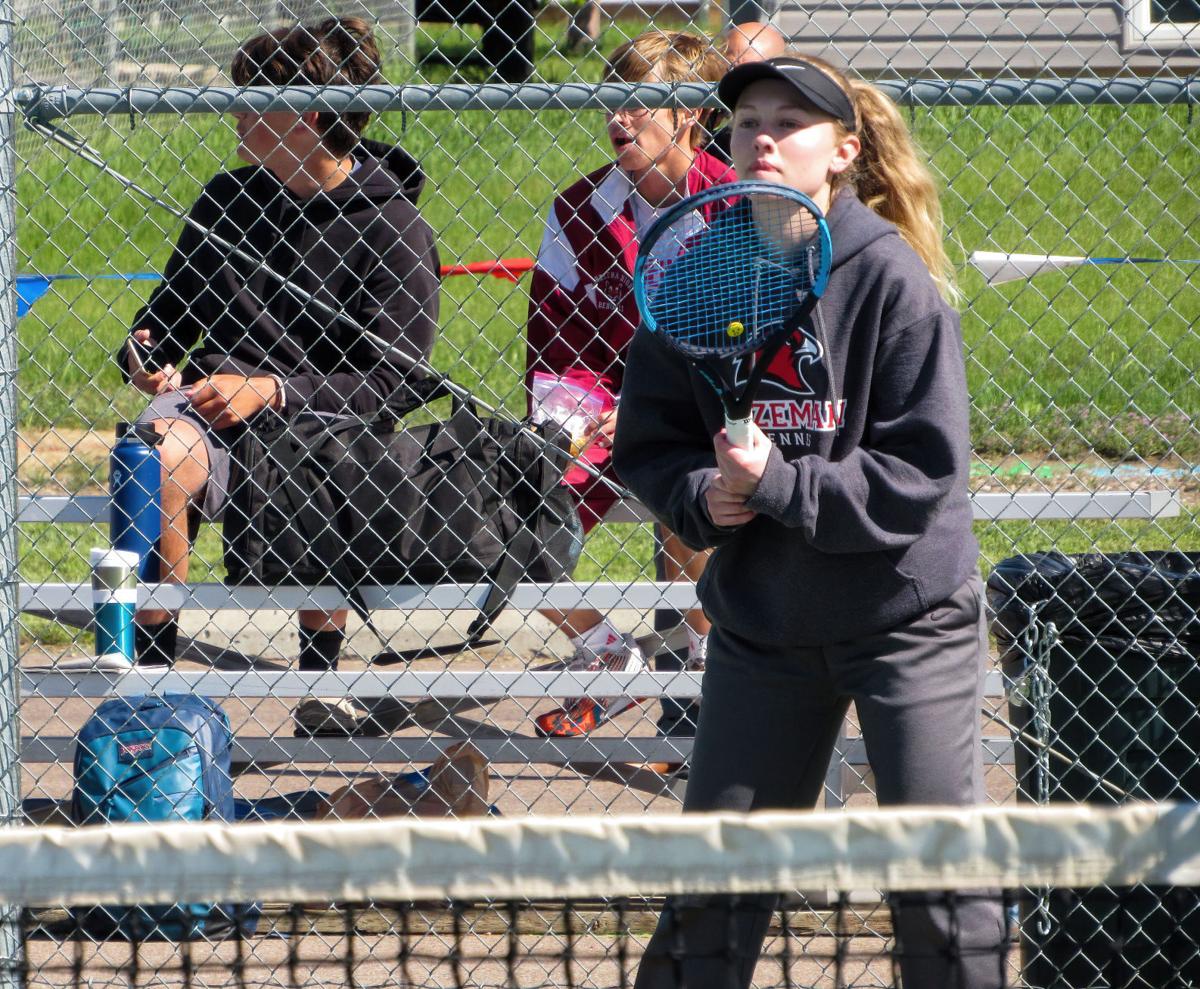 Bozeman's Meg McCarty prepares for a serve on Thursday during the State AA Tennis Tournament in Great Falls. 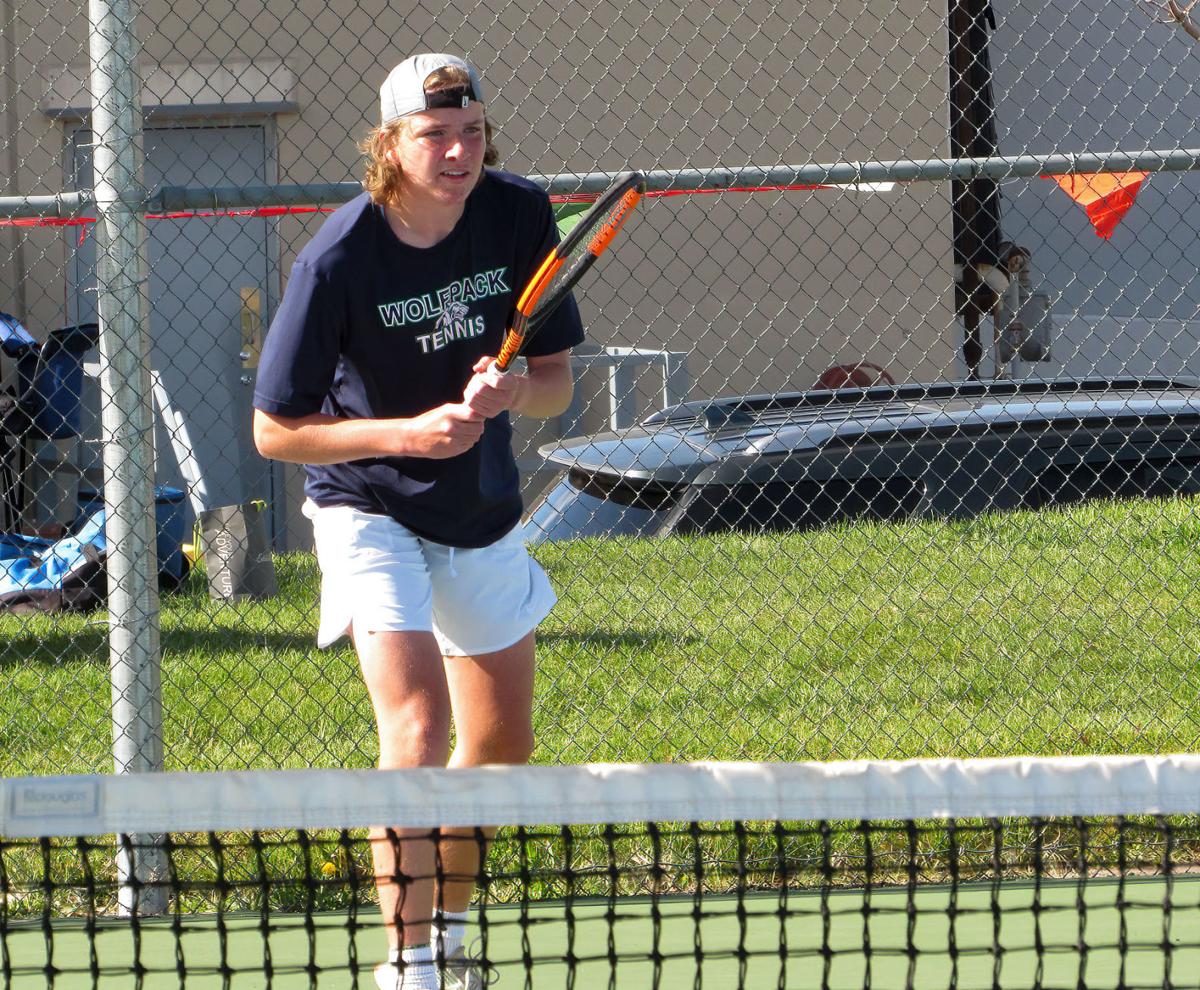 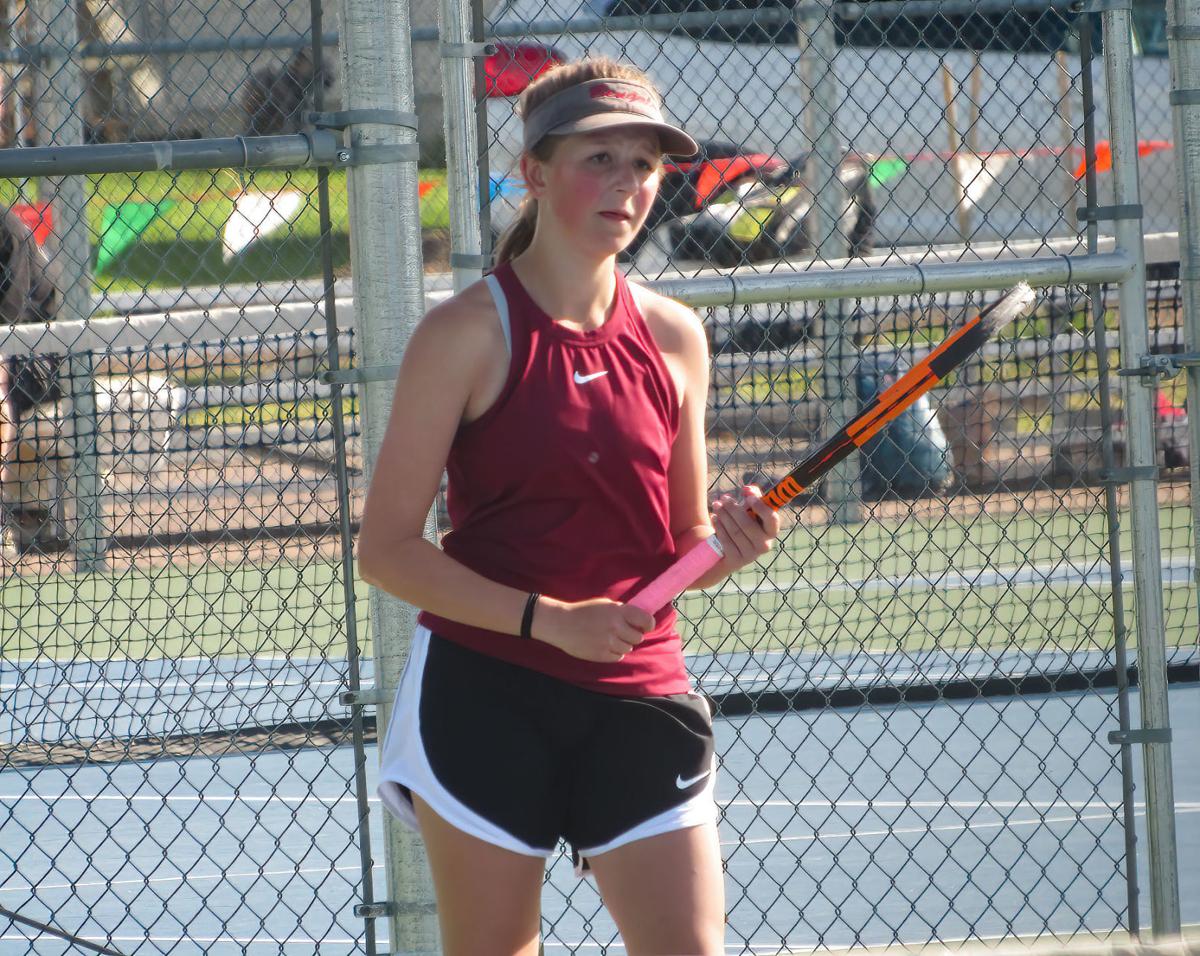 Helena's Qayl Kujala prepares for a match on Thursday during the State AA tennis tournament. 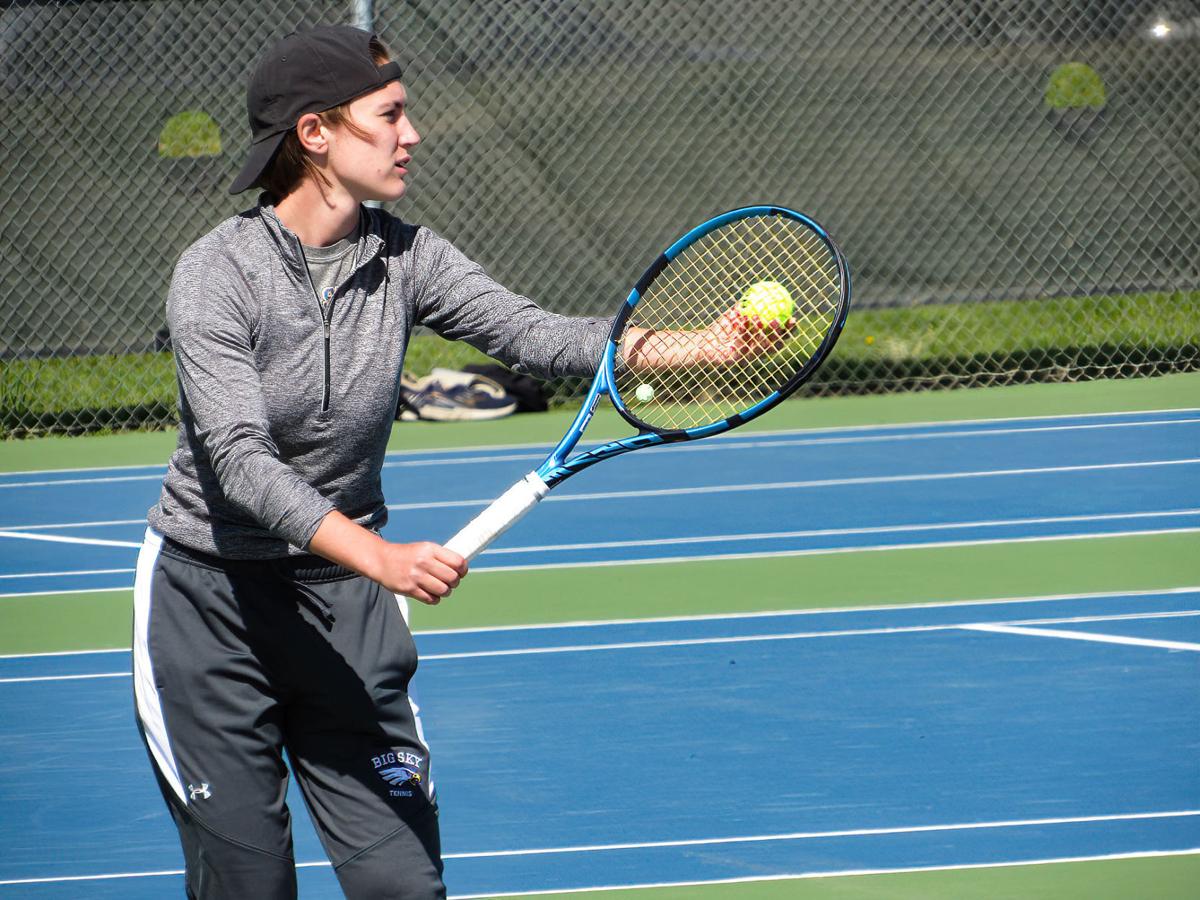 Bozeman's Meg McCarty prepares for a serve on Thursday during the State AA Tennis Tournament in Great Falls.

Helena's Qayl Kujala prepares for a match on Thursday during the State AA tennis tournament.

GREAT FALLS — Some firsts, some not-quite firsts and some goals were accomplished Thursday on the first day of the State AA tennis tournament.

The lack of a season in 2020 stemming from the COVID-19 pandemic created situations where players ranging from sophomores to seniors were competing in their first, and perhaps last, state tournament.

Bozeman sophomore Meg McCarty did not get the luxury of playing high school tennis last year, a fact that has not fazed her one bit. She continued her undefeated streak — not just matches but also games and sets — on Thursday, cruising by Maliah Beauchaine and Brooke Best 6-0, 6-0 to advance to her first-ever state semifinal in the girls singles.

“It’s definitely exciting when you start to think about it, but I just go into every match trying my best and going for every game...I love competing as a team, in the team atmosphere,” McCarty said. “I love cheering on my teammates and the competition. I love to play and I love to win.”

Meg is, of course, the sister of Bozeman senior and reigning girls single champion Maicy McCarty. Maicy polished off her own undefeated season in 2019, but elected to forgo a run at repeating in the singles to give her team a better chance at winning a title.

Instead, Maicy paired up with freshman Laine Banziger in the doubles, and it paid off. The duo eased past teams from Kalispell Flathead and Missoula Hellgate to set up a semifinals match against CMR.

“Maicy deciding to play doubles, I think, is a testament to how much of a great teammate she is and how much she was willing to make a decision that would help the team overall to hopefully be successful at state,” Hawks coach Clayton Harris said. “That also meant she would not have to battle against her sister in singles.”

Another couple wins on Friday would set Maicy up for a doubles championship to display next to her singles title from two years ago, two more wins for Meg would mean a second singles trophy for the McCarty household in three years.

Meg will be playing her teammate Hailey Buss with a trip to the final on the line.

“What I appreciate about Meg is she doesn’t really focus on winning a match 6-0, 6-0, if it happens, great,” Harris said. “She’s just one of those competitors that cares about playing her best in the moment.”

On the other side of the girls single bracket, a Helena crosstown matchup is slated for the semifinals. Regan Hanson punched her ticket for Capital, and as part of the first-timers club at state, freshman Qayl Kujala did the same for Helena High.

Kujala won a tough first set against Missoula Big Sky’s Logan Roberts 6-4, but with her family standing only a few yards away, finished off the match 6-1 to check off something of a lifetime goal.

“It’s really special for me,” Kujala said of advancing. “My whole life my parents and I have always talked about making it to state as a freshman. It just means that my practice is working, so that’s really good.”

Across town, in the boys doubles, Capital was getting some first-timers into the semifinals. Up against the Western AA Divisional Champions in Hellgate’s Chris Ledyard and Colton Quirk, the sophomore-senior duo of Ashton Shipley and Jerrick Olson pulled off the upset 4-6, 6-4, 6-3.

“When we came into this season, I had no idea how successful we were going to be,” Shipley said. “We just started racking up wins and kept going and going and got to the point where we were like, ‘we have a chance.’ Now here we are going into the semis.”

While semifinal tennis will be a new experience for many of Friday’s competitors, Kalispell Glacier’s Rory Smith is glad to be back in the same position he found himself in two years ago. He is the reigning boys singles champion and notched a semifinal berth this year with a 6-0, 6-0 performance in round two.

“It was kinda hard to see the season slip through your hands slowly [last year],” Smith said. “It’s good to be back on the court. This is my senior year and COVID really shook the boat a lot, so it’s nice to have something that I remember and am familiar with.”

The semifinals come bright and early on Friday morning, creating a quick turnaround after a long day of tennis. In what figures to be a windy day, the goal for those remaining on the right side of the bracket is simple and summed up by the younger McCarty sister.

“I’m just going to go in, do my best and hopefully win.”

Semifinal action in the singles and doubles begin at 8 and 9:30 a.m. The singles final is tentatively scheduled for 11 a.m. with the doubles final to follow at approximately noon.