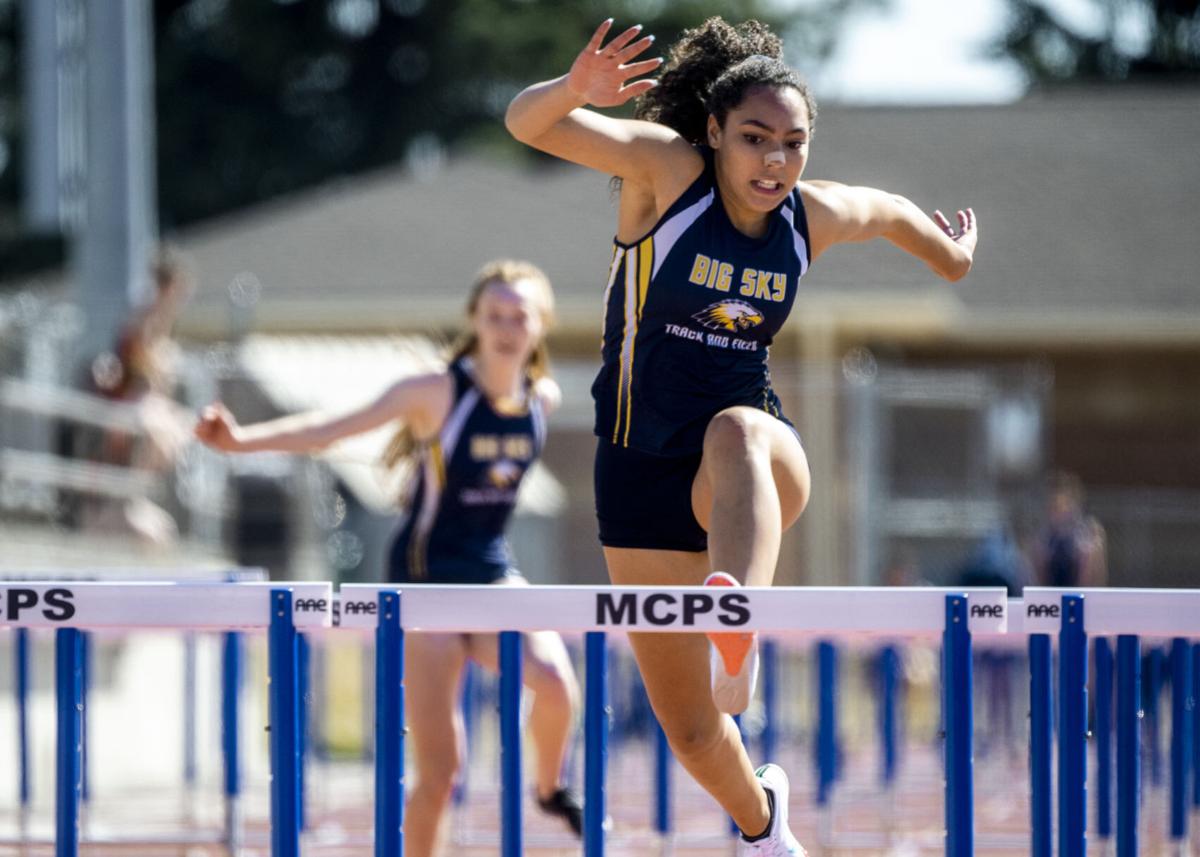 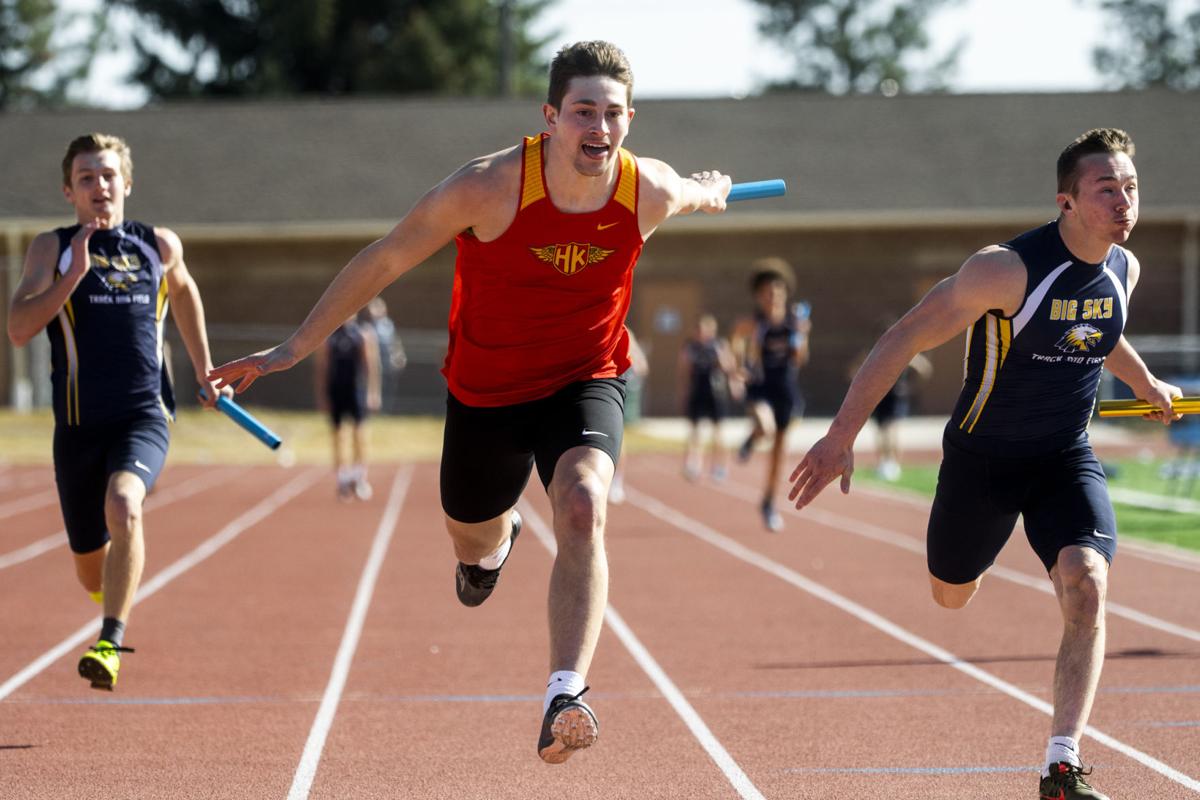 Hellgate's Ian Finch, middle, stretches across the finish line in the boys 4x100 meter relay during Tuesday's meet. His team won the event. 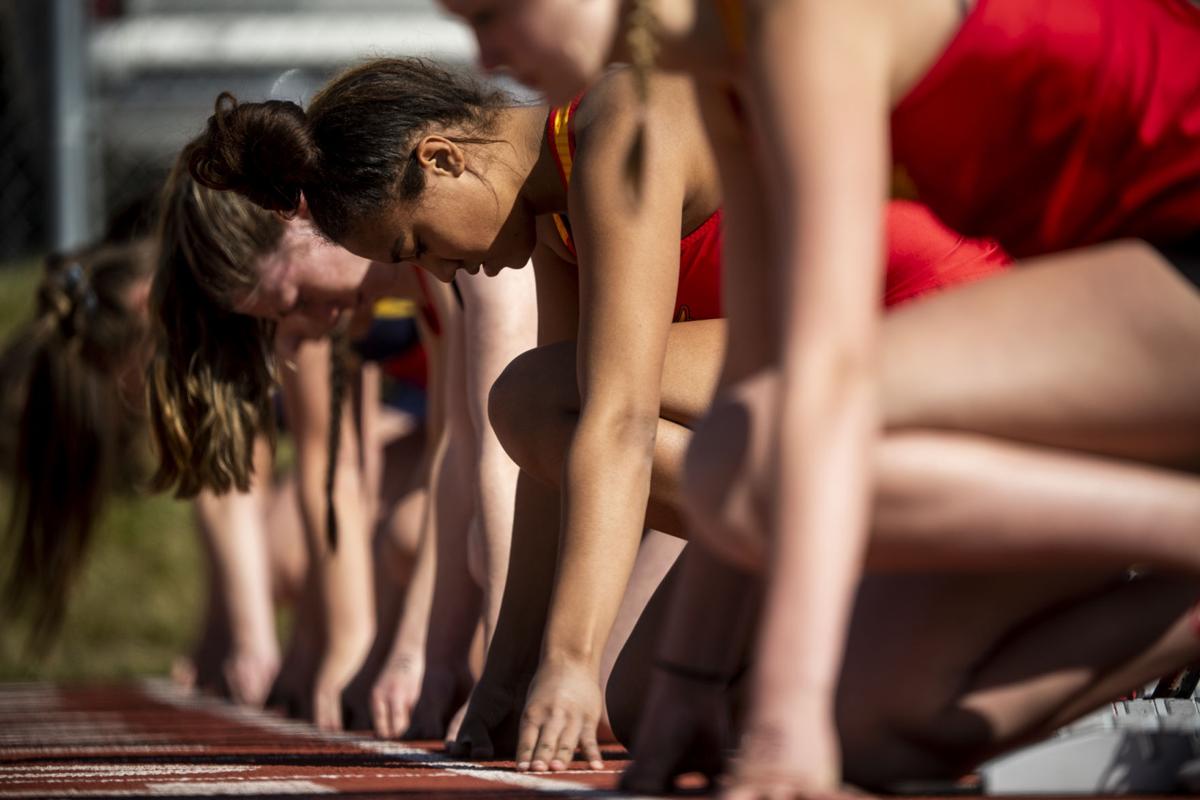 Hellgate's Keke Davis lines up on the blocks for the girls 100 meter dash during a track meet between Hellgate and Big Sky High School at Missoula County Stadium, Tuesday, April 6, 2021. 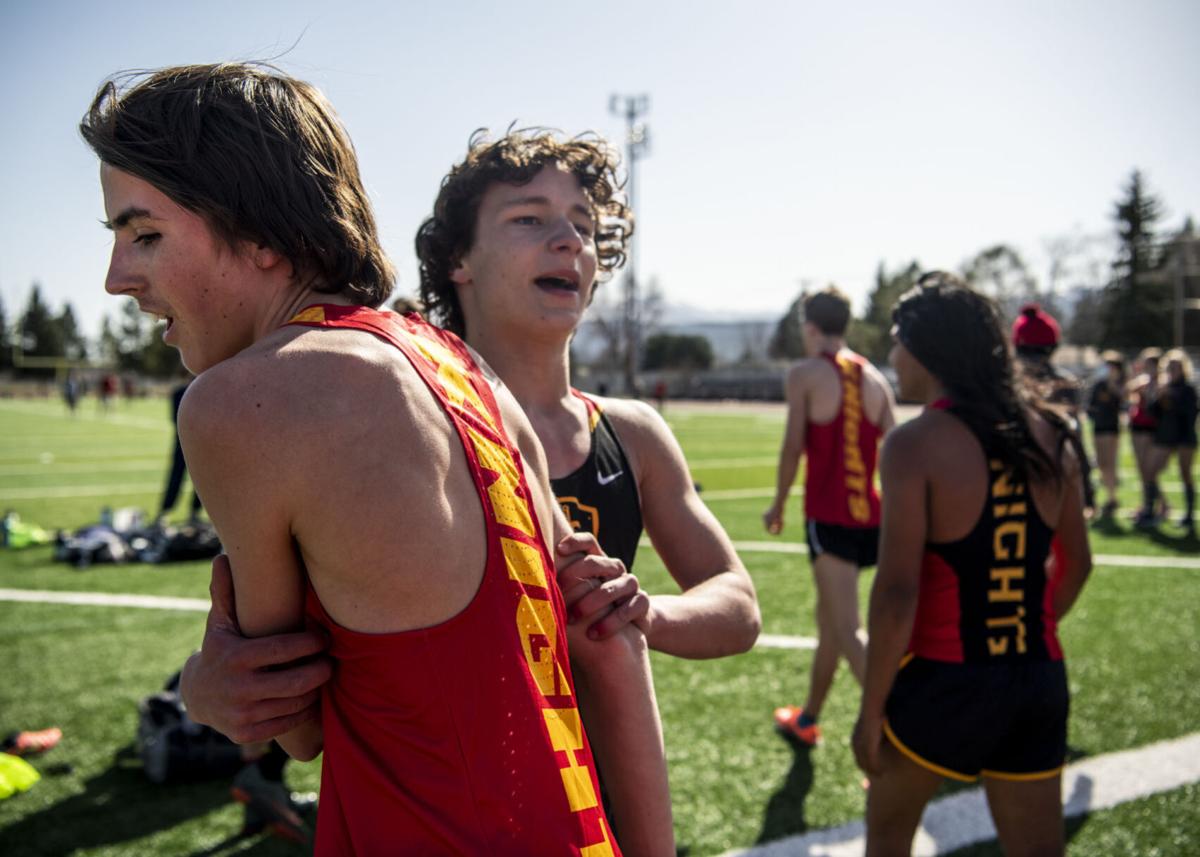 Hellgate's Ian Finch, middle, stretches across the finish line in the boys 4x100 meter relay during Tuesday's meet. His team won the event.

Hellgate's Keke Davis lines up on the blocks for the girls 100 meter dash during a track meet between Hellgate and Big Sky High School at Missoula County Stadium, Tuesday, April 6, 2021.

MISSOULA — It wasn't easy taking an entire year off from competing, but Missoula Big Sky's Keara Burgess is making up for it in a hurry in 2021.

Burgess stormed out of the starting blocks, literally and figuratively, in her team's first home meet Tuesday against crosstown rival Missoula Hellgate. The senior won the 100-meter hurdles in :16.27 and 300 hurdles in :47.66.

"Getting back on the track, it feels like home again," said Burgess, alluding to the fact last season was cancelled due to the coronavirus pandemic. "The last time I competed, it was my sophomore year.

"Looking back on it, sometimes I think I took things for granted. Not having a season made me want to work so much harder for my senior year."

Burgess, who has been offered the opportunity to walk on for the Montana Grizzly track and field team, chooses to look on the bright side when it comes to the limited 2021 season. Limited in the sense that Missoula's Class AA teams are doing all dual meets leading up to divisionals.

"As long as we have a meet and we're competing against another team, it's amazing," said Burgess, who also figures to play a role in the 4x400 for the Eagles. "It's actually a better opportunity for freshmen to get a chance to compete."

No team results were kept at the event. Big Sky veteran coach Dan Nile was pleased with a lot of performances at Missoula County Stadium. Eli Broom won the 110 hurdles after showing promise at state two years ago as a sophomore. Josh Smalley won the pole vault and Colter Janacaro the shot put. Louis Sanders won the long jump and triple jump.

Alix Mund won the triple jump for Hellgate at 33-08.75. She also took second in the long jump behind teammate Perry Paffhausen with her winning leap of 15-09.25. Jacob Sweatland of Hellgate won the boys' 100-meter dash in 11.75.