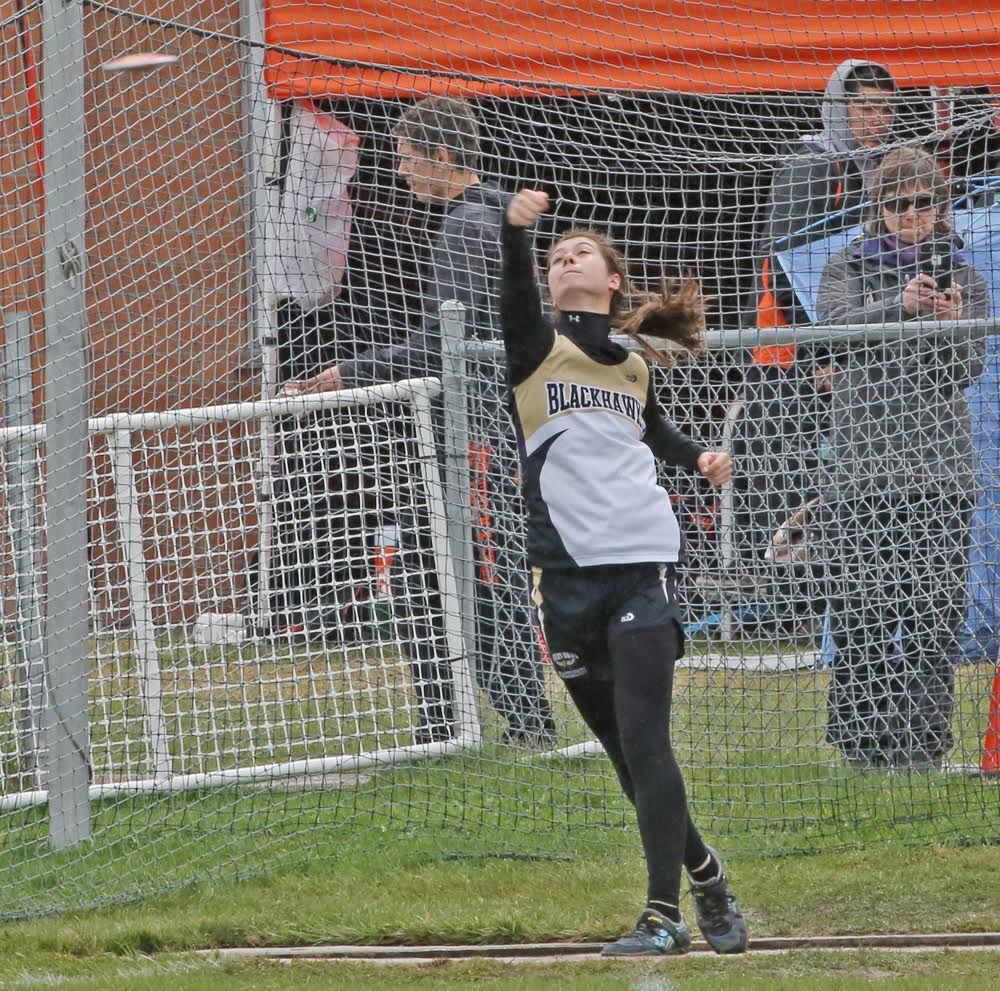 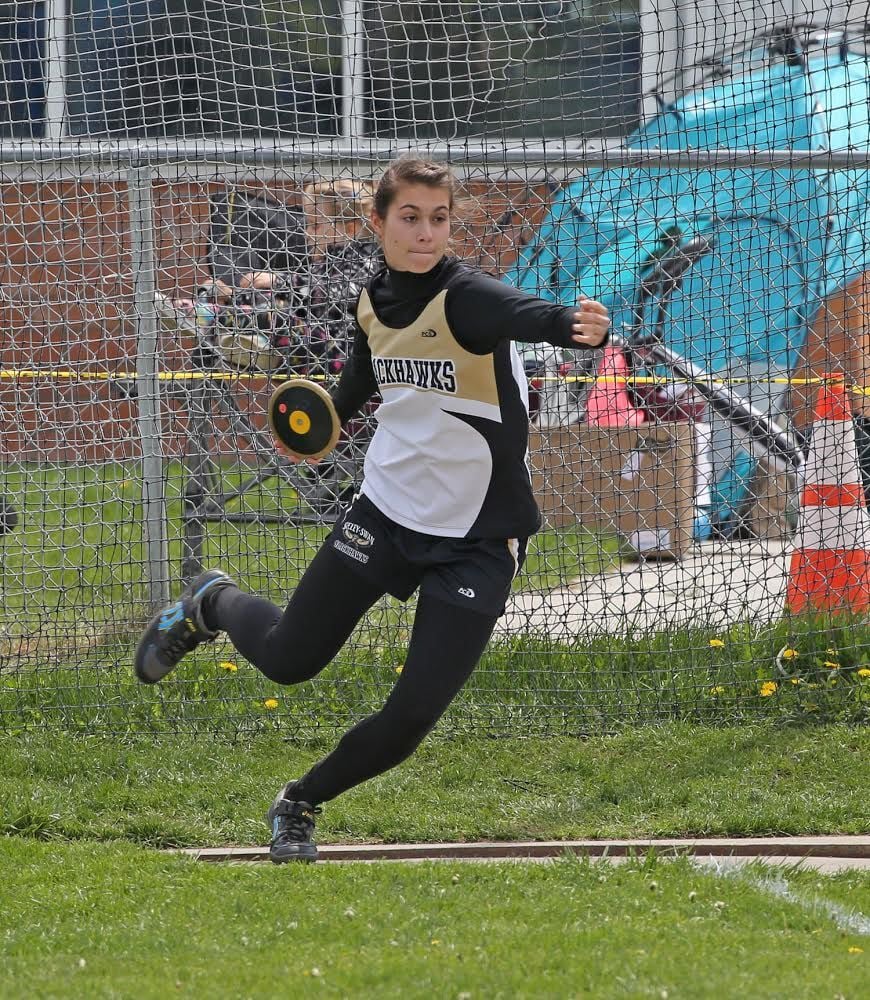 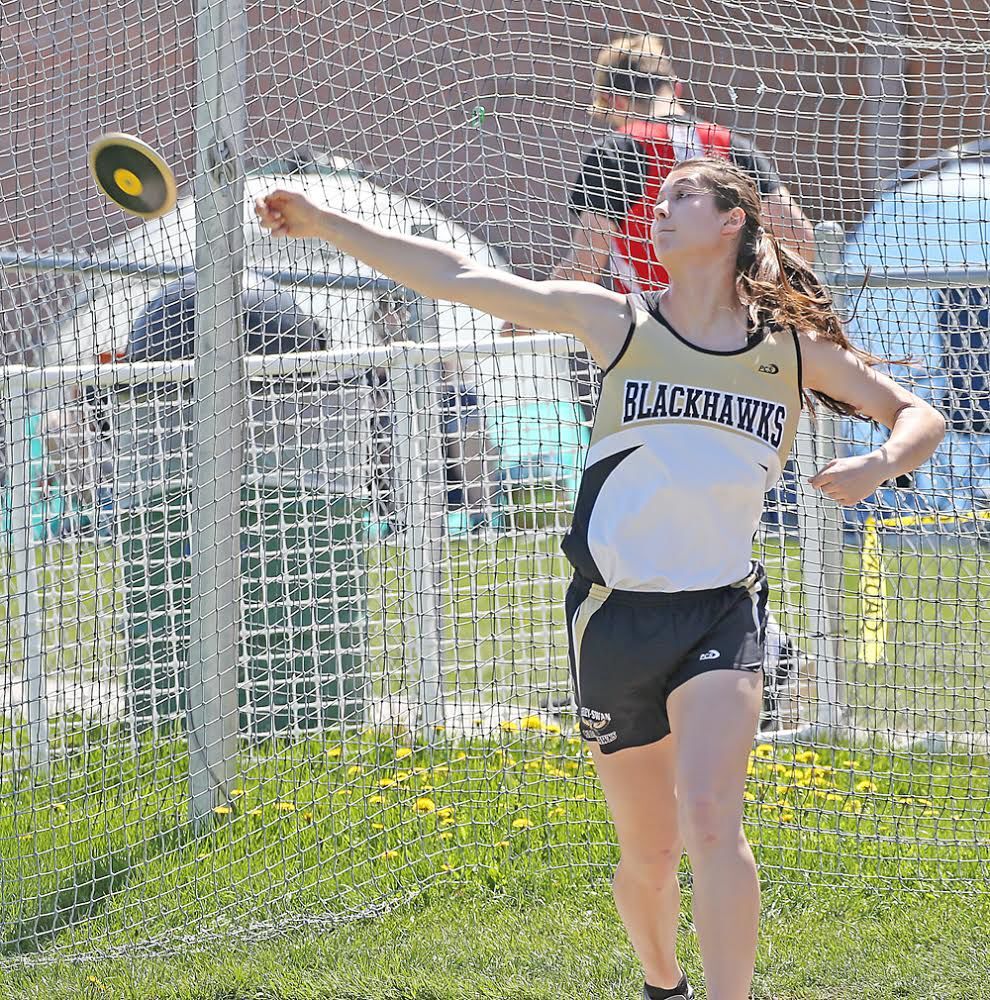 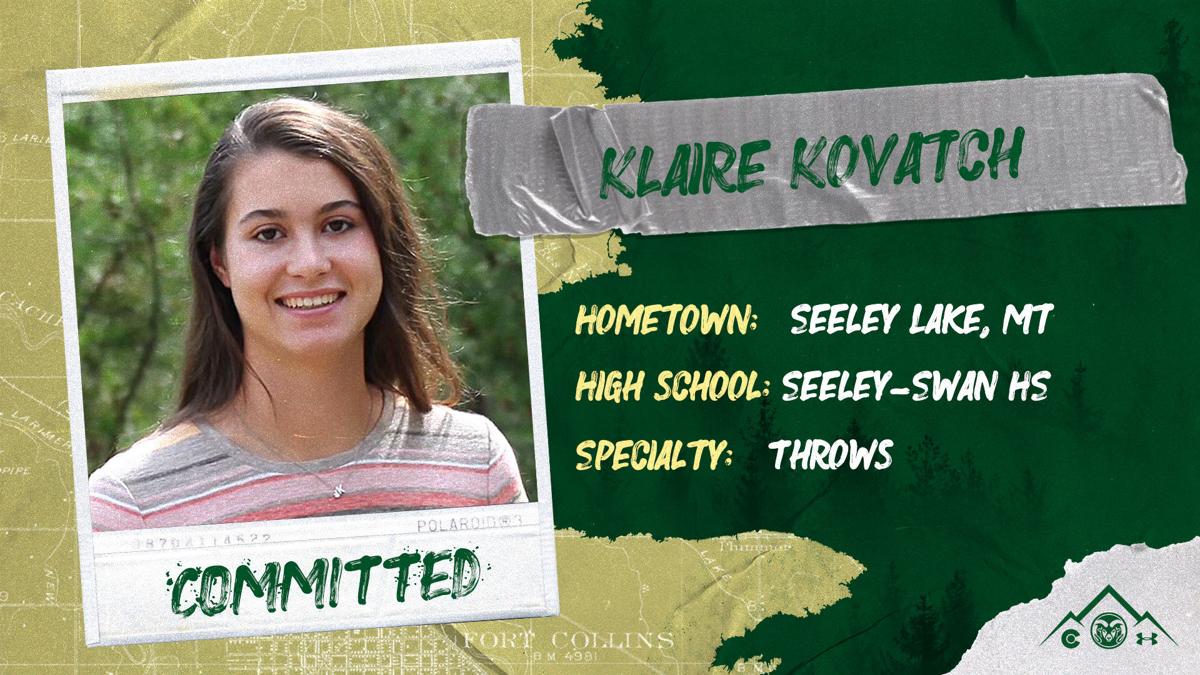 Seeley-Swan senior Klaire Kovatch is committed to compete in track and field at Colorado State starting in the 2021-22 school year.

Seeley-Swan senior Klaire Kovatch is committed to compete in track and field at Colorado State starting in the 2021-22 school year.

MISSOULA — Klaire Kovatch knew she loved track and field, but she didn’t realize just how much she loved it until she was forced to miss the entire spring season.

Sitting out because of the coronavirus was the most recent challenge for the Seeley-Swan senior, but she also felt it was her toughest challenge in her sports career. The practices over the years were physically demanding, and the ups and downs of competition were a mental hurdle, but Kovatch hasn’t been one to shy away from hard work as a three-sport athlete.

So when she got her chance to be a four-time discus state champ ripped away, it was hard to swallow. But for all the losses of not competing, Kovatch gained even more of an appreciation for the sport, helping her pick track instead of volleyball when considering over two dozen college offers.

She chose track and field at Colorado State and will sign her National Letter of Intent at 3:30 p.m. Wednesday, the day the NCAA’s signing period for all sports except football begins. It’s the latest step in her journey of facing challenges head-on and being motivated by a desire for success that’s propelled her to the heights of the Mountain West Conference.

“I want to be successful,” Kovatch said. “When I’m not, I try to fix it. If that’s working harder, if that’s taking a break, I try to recognize that and do that so I have more success in the future.

“I also like to win. I like the feeling of victory. It’s addictive. Nobody likes to lose unless they don’t want to be there. Having the competitive aspect and desire to succeed makes me want to be better.”

Kovatch will get the upper-tier competition and coaching to continue challenging her at the Division I level. She chose Colorado State over Oregon State, Montana State and South Dakota, among other track offers, she said. She added that she had about 25 offers between track and volleyball and that she had some talks with Stanford, UCLA and North Dakota for track.

The Rams are offering her a partial athletic scholarship covering about 70% of her college cost, she said. She’s hoping to fill the remaining 30% with academic scholarships.

That was a positive for her in picking CSU along with the school offering her desired major in human nutrition and food science, the school being not too close but not too far from home, and the connection she built with Rams coach Brian Bedard over a year after connecting on Instagram when Kovatch created an account to help with her volleyball recruiting.

“Having him call every two weeks or so says a lot if they want you or not,” Kovatch said. “I wanted to be wanted and to do something I love, and I love track, and I wanted to go there for the right reasons. From what I heard and the feeling I got, it was.”

Kovatch will be focusing on field events at Colorado State. She’ll be throwing discus and javelin, is looking forward to trying hammer throw and might try shot put. She’s been involved in throws since sixth grade, her second year in the sport after beginning in sprints and hurdles.

Her father, Kal Kovatch, has been coaching her in throwing events since then as she’s put together a record-breaking career. She won the Class C state title in discus as a freshman and sophomore, and she holds discus records at the school, district and divisional levels.

A tireless worker, she trained with her father during the pandemic for the 2020 Big Sky State Games over the summer. Kovatch turned that work into a meet record in women’s discus for girls aged 16-18 years. Her winning throw of 148 feet, 9 inches (45.34 meters) would’ve put her in 13th place at the 2019 Mountain West Conference Outdoor Championships.

“Klaire is one of those class-act persons, really listens and takes what you say to heart and just puts it to good use, all your advice,” Seeley-Swan track and field coach Mike Haines said. “Colorado State is getting a really good athlete but also a good person and a good student. I can’t say enough good things about her. She’s just one of those kids I’m going to miss when she’s gone after this year.”

Kovatch is Seeley-Swan’s first track and field athlete to go Div. I since Caitlin Stone went to Brown University after graduating in May 2008, Haines said. She’ll be the first Div. I athlete who Haines coached all four years of high school since he took over as head coach at Seeley-Swan in 2007.

Kovatch realized track and field was right for her after her junior season was canceled because she missed the sport, continued to get heavily recruited, and liked that there are indoor and outdoor seasons in college, that there’s a wide-range of athletes on track teams and that the pressure to succeed is squarely placed on her shoulders.

“I like the idea of an individual sport, granted track is still a team sport with contributing points,” Kovatch said. “It’s on you. You have to be the one who makes the moves. And so I liked that part of it: It’s all on you.”

She already has the best discus throw in Montana, but Seeley-Swan senior Klaire Kovatch is hunting for more as she eyes her third Class C state title later this month.