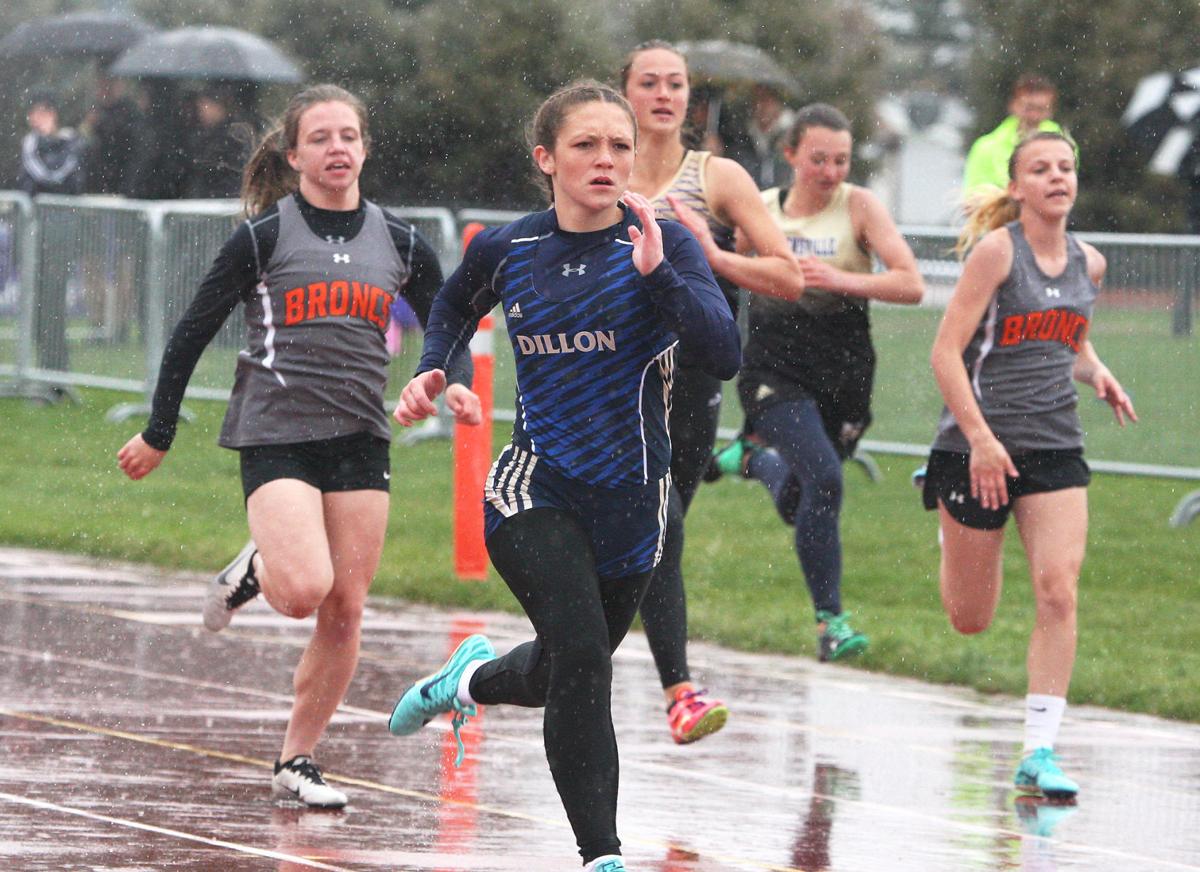 Dillon's Tylia DeJohn wins a heat of the girls 100 meter prelims during the 2019 Western A Divisional meet at East Middle School in Butte. 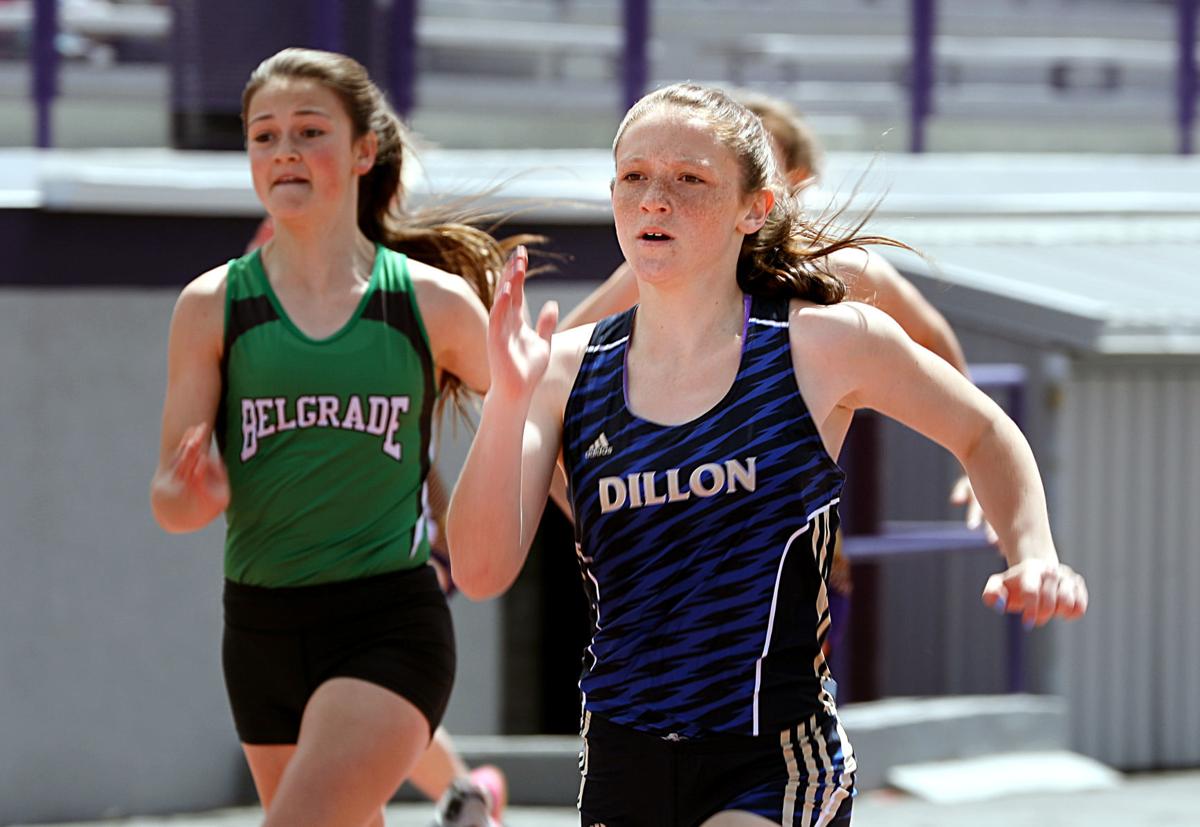 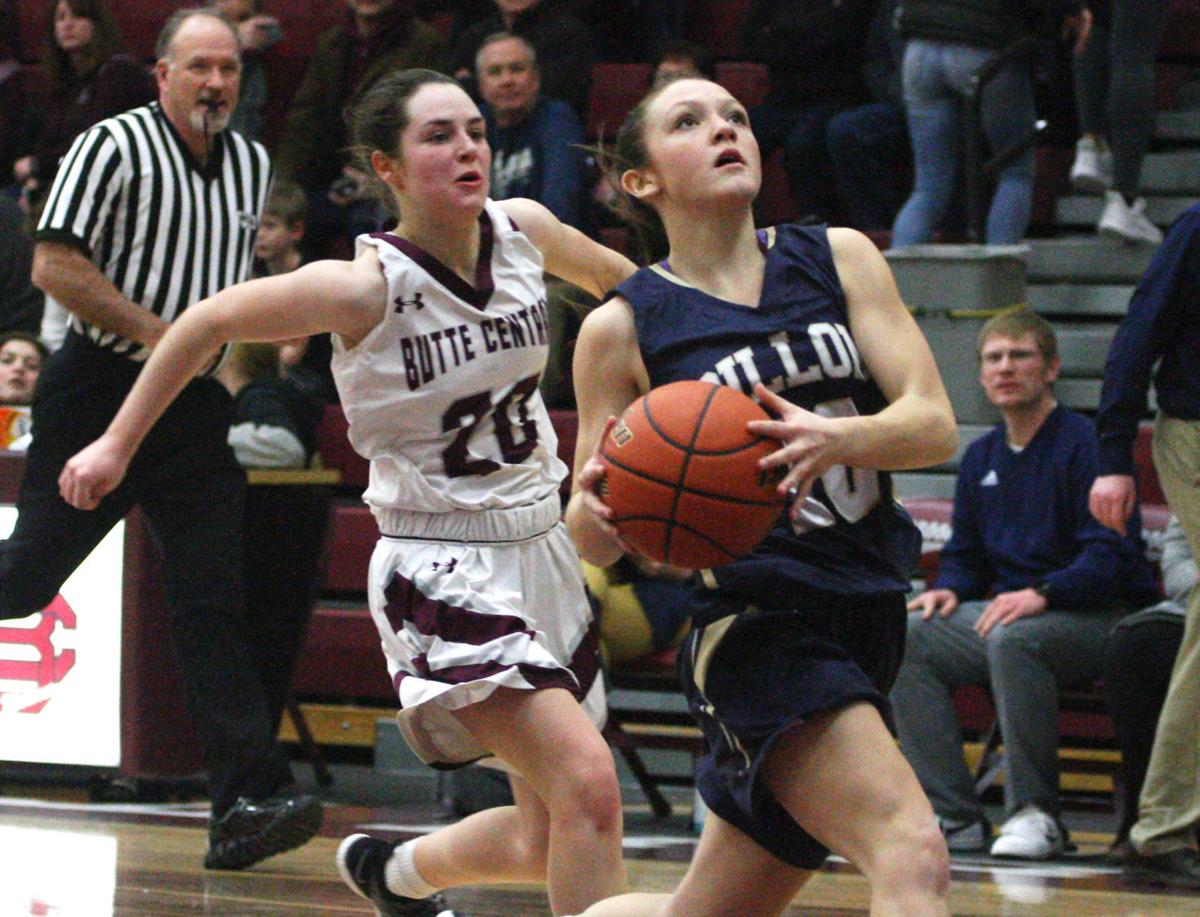 Dillon's Tylia DeJohn races toward the basket while being trailed by Butte Central's Tricia Joyce on Friday at the Maroon Activities Center.

Dillon's Tylia DeJohn wins a heat of the girls 100 meter prelims during the 2019 Western A Divisional meet at East Middle School in Butte.

Dillon's Tylia DeJohn races toward the basket while being trailed by Butte Central's Tricia Joyce on Friday at the Maroon Activities Center.

“You don’t know when [competing] will be taken away from you,” DeJohn said. “You never know when the last meet is your last meet. Give it everything you have so you can say that you did your best.”

DeJohn’s words are rooted in the shared experience of COVID-19, but also in DeJohn’s personal experience.

The recently graduated Dillon senior left nothing on the table, finishing her Beaverhead County High School career with two individual state titles in track, a team track title, a state tournament appearance with the basketball team, and a 4.0 GPA.

That doesn’t make having your final season being ripped out from beneath you any easier, especially in the setting that DeJohn and other Beavers were in when the virus’ impact began.

“With us being at the [Class A basketball] state tournament,” DeJohn said. “We talked about track and about if things got canceled, but we didn’t believe it would happen until it did. We were upset about it and we talked about doing club track and doing meets with locals, it got shut down by someone higher up than us.

"It was hard on us because we had a really great team this year, I think that both the boys and girls could have won and we could’ve been state champions as a complete team.”

Dillon’s recent state track performances show that DeJohn isn't wrong in her opinion on the Beavers’ state chances. The boys won state last year in Laurel, and the girls team won state in 2018.

As DeJohn mentions, though, what her and the Beavers wanted was the full state championship.

The nature in which the girls and boys took turns winning state is similar to DeJohn’s individual goals of winning the 100-meter and 200-meter races this year. She won the 200 in 2018 and the 100 in 2019, but hadn’t completed her goal of winning both in the same meet.

“Coming into the senior year,” Dillon track coach Tammi Myers said, “she was really hungry to win both of those, and the cancellation was kind of hard for her to swallow.”

Myers explained that DeJohn’s feelings are shared by the rest of her team, as this season was one that the Beavers had been getting excited for since the school year began.

“We were really looking forward to state,” Myers said. “When we went back to school in the fall after last season and they would be playing football or basketball, but each one said they couldn’t wait for track.”

DeJohn’s advice to younger athletes on making the most of every opportunity is exemplified by herself and the Dillon track team. The team’s seniors are having to walk away on difficult terms, but the example that the team set through their respective state titles and numerous individual titles is evidence that DeJohn and the Beavers gave their best whenever an opportunity presented itself.

Now, Dillon’s seniors will have to set a new example, outside of their school’s doors. For DeJohn, that will be in Bozeman, as the multi-sport athlete is heading to Montana State to major in neuroscience.

After learning from the Beavers before her, DeJohn has continued the tradition of excelling at Beaverhead County High School.

“When I was a freshman,” DeJohn said. “I had a lot of older girls that could explain things to me and why competing meant so much to them. To see the team accomplish things, and then in the sophomore year, when we got our state championship, it proved to us that we can do anything we set our mind to.”

Anything can happen in a season, but we looked at what might have happened in 2020 based on what we knew from the results of 2019.