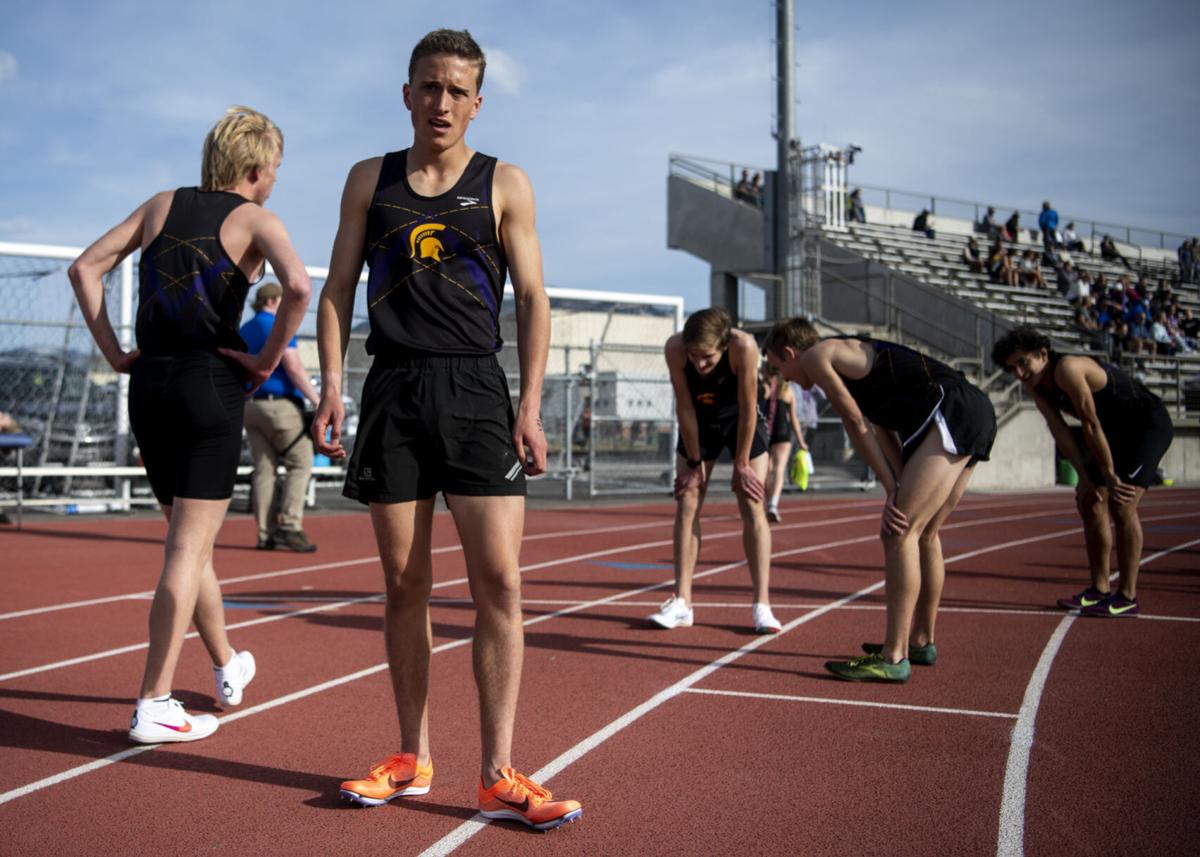 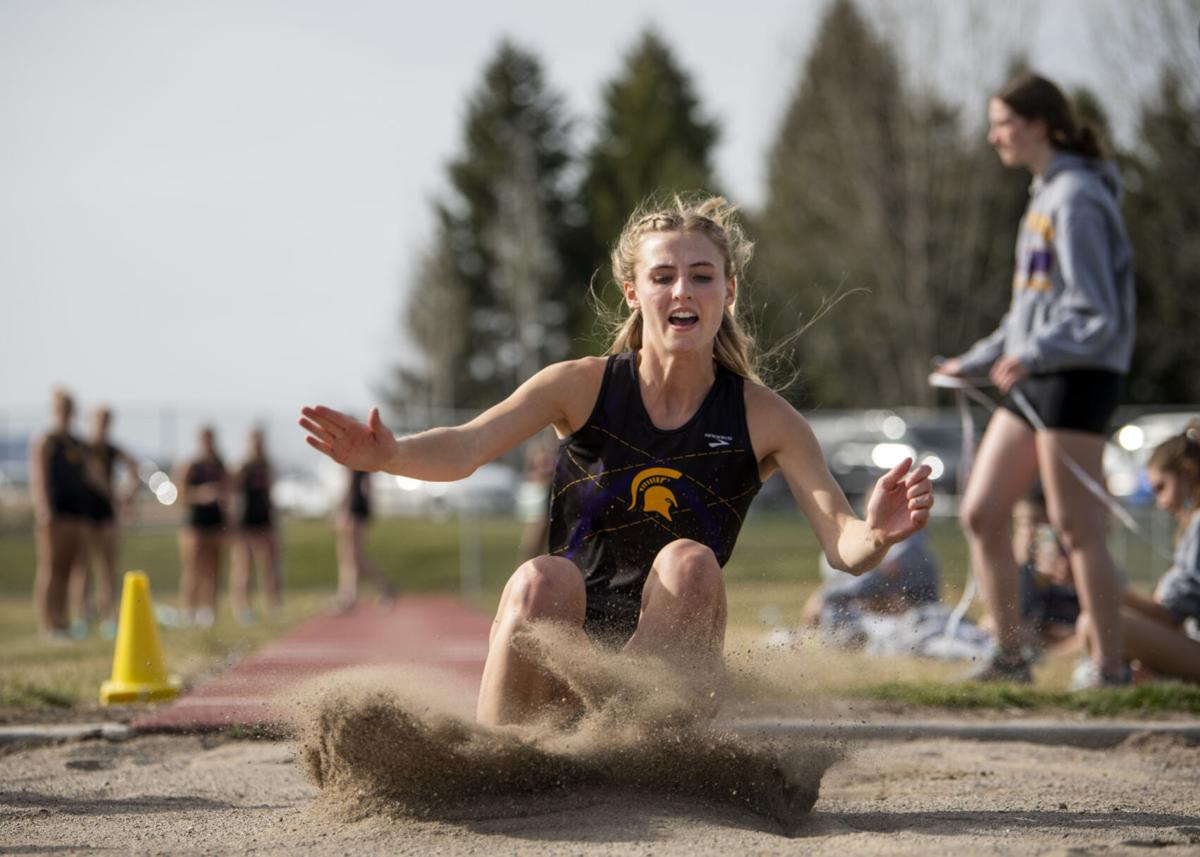 Sentinel's Brooke Stayner competes in the long jump during the track meet between the Spartans and Kalispell Flathead Friday. 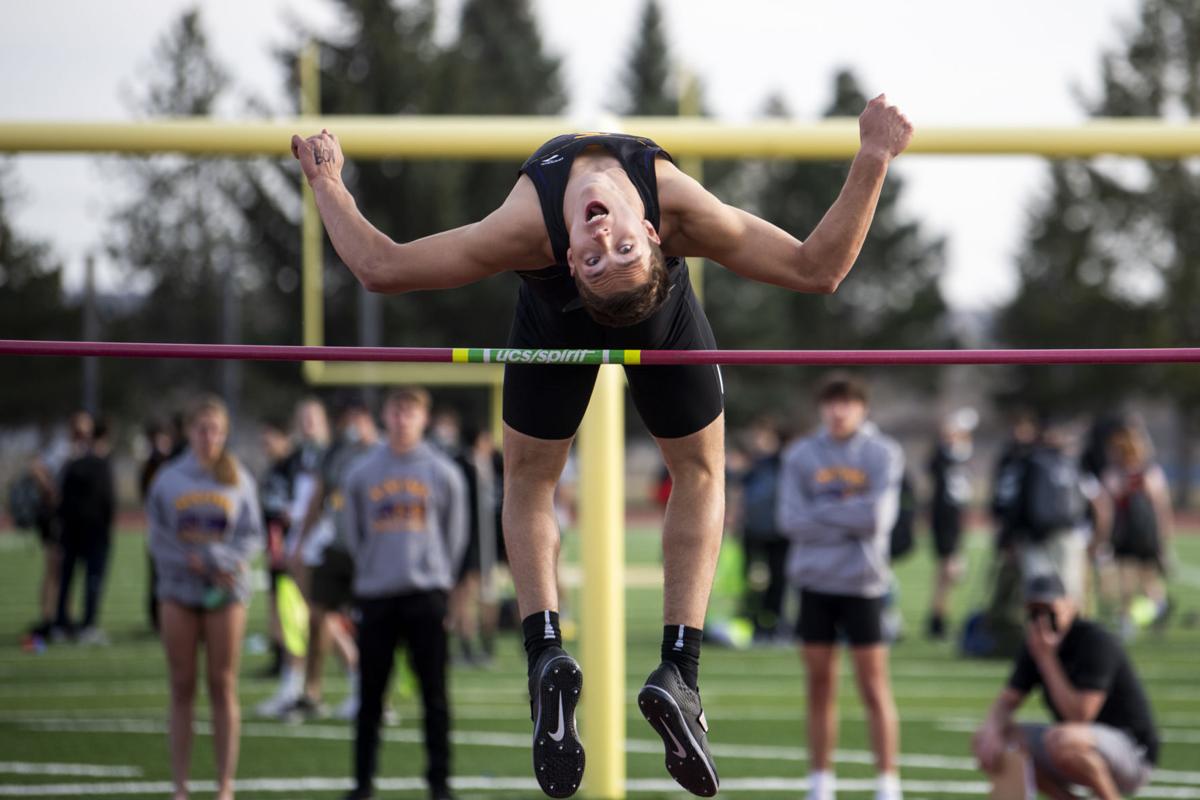 Sentinel's Zac Crews clears the bar in the high jump during the track meet between Missoula Sentinel and Kalispell Flathead at Missoula County Stadium, Friday, April 2, 2021.

Sentinel's Brooke Stayner competes in the long jump during the track meet between the Spartans and Kalispell Flathead Friday.

Sentinel's Zac Crews clears the bar in the high jump during the track meet between Missoula Sentinel and Kalispell Flathead at Missoula County Stadium, Friday, April 2, 2021.

MISSOULA — Missoula Sentinel is hoping its breakout cross country season in the fall carries over to track and field this spring.

The earliest return was positive as the Spartan runners won each of the three boys distance races in their season-opening dual against Kalispell Flathead on Friday at Missoula County Stadium. That shouldn’t be too much of a surprise because all seven runners from Sentinel’s first state title cross country team since 1984 came out for track.

“We haven’t had a ton of distance kids competing at this high of a level since Marshall Beatty (in 2017), who’s at West Point now,” Sentinel coach Craig Mettler said. “To have two top-end guys and then four or five kids in that distance crew who are ultra-competitive, they’re going to compete at a high level not only within our team but against their competition. That’s what makes a team, and when you can score in 10-12 events, it’ll be to your advantage.”

Sentinel senior Wyatt Mortenson started the day by winning the 3200-meter run, followed by junior Tanner Klumph, who later won the 1600-meter run with Mortenson behind him. They then ran the final two legs of the 1600-meter relay to get the win and qualify for state by running a 3:40.72.

Klumph is coming off a second-place finish at the State AA cross country meet, the highest placing by a Sentinel individual since 2010. That gives him some confidence this spring, adding to his motivation of missing state as a freshman and then having his sophomore season canceled by the pandemic.

“It definitely does boost my confidence, but not as much as most people think it would,” said Klumph, who qualified for state in the 3200 by finishing in 9 minutes, 51.34 seconds. “Track is an entirely different sport in my opinion. Every lap, people know where they are, so it’s more of a tactical race than cross country.”

Mortenson placed seventh in his first state cross country meet in Montana after moving from Colorado over the summer. He and Klumph pushed each other that fall, and it looks like it could be more of the same this spring.

“Most of the fastest kids in the nation come from a team where they have kids right on their rear ends and there’s an undefined lead runner, there’s a trade-off,” said Mortenson, who is signed to run track and cross country at Utah Valley and qualified for state in the 3200 by finishing in 9 minutes, 45.17 seconds.

“You need competition to be better. If you have that on your team, that friendly competition helps, and it just works. We trade off where one race one of us goes all out and the other helps pace a teammate.”

Klumph and Mortenson are joined Chase Green, Corbin Johnson, Colin Shaules, Jacob Sriraman and Keagan Crosby, who all were on the cross country team and placed in the top 32 individually at state. Crosby won the 800-meter run Friday, while Green qualified for state in the 3200 by finishing in 9 minutes, 55.33 seconds.

Sentinel, which is technically the defending state champion from 2019, has a lot to replace. But the Spartans have some people ready to step up.

On the girls side, Sentinel junior Brooke Stayner started on solid footing after a fall season in which she was slowed by a stress fracture in a femur.

“I didn’t really know what to expect just because it’s been so long,” Stayner said. “Cross country is just so different from what I do on the track. I was hoping to do well. As an athlete, I’ve developed a lot, so my jumps showed that well. I’m excited about that, and hopefully my distance events come later in the year as my fitness does.”

Stayner popped on the scene as a freshman when she was fourth in the 400-meter dash, fourth in the 800-meter run, fifth in the 1600 relay and ninth in the 100 hurdles. She has individual goals of winning events, but her main goal is for the team to place at state.

“Competing at state freshman year was so fun being out there and being young and not knowing what to expect and doing well,” Stayner said. “After doing a lot more seasons of sports in high school, I realized how being with these people and trying to make memories is going to lead you to those places. So, my motivation going in here is to have fun and do what my body feels like and just be a team. I feel that’s what leads to the numbers.”

Ava Kellenberg impressed Mettler with her win in the triple jump in her first high school meet as a freshman as she jumped 35 feet to qualify for state. She also placed second in the long jump and third in the high jump to qualify for state (5 feet, 1 inch).

Sentinel’s other win came from Ruby Lorenz in the 800-meter run. Jayden Nash qualified for state in the high jump (5 feet, 3 inches).

“I think a lot of people are surprising themselves, and I know I did,” Kellenberg said. “I think that’s going to give all of us confidence for the future. I think it was a good start to the season.”

Photos: Sentinel and Kalispell Flathead face off in track meet