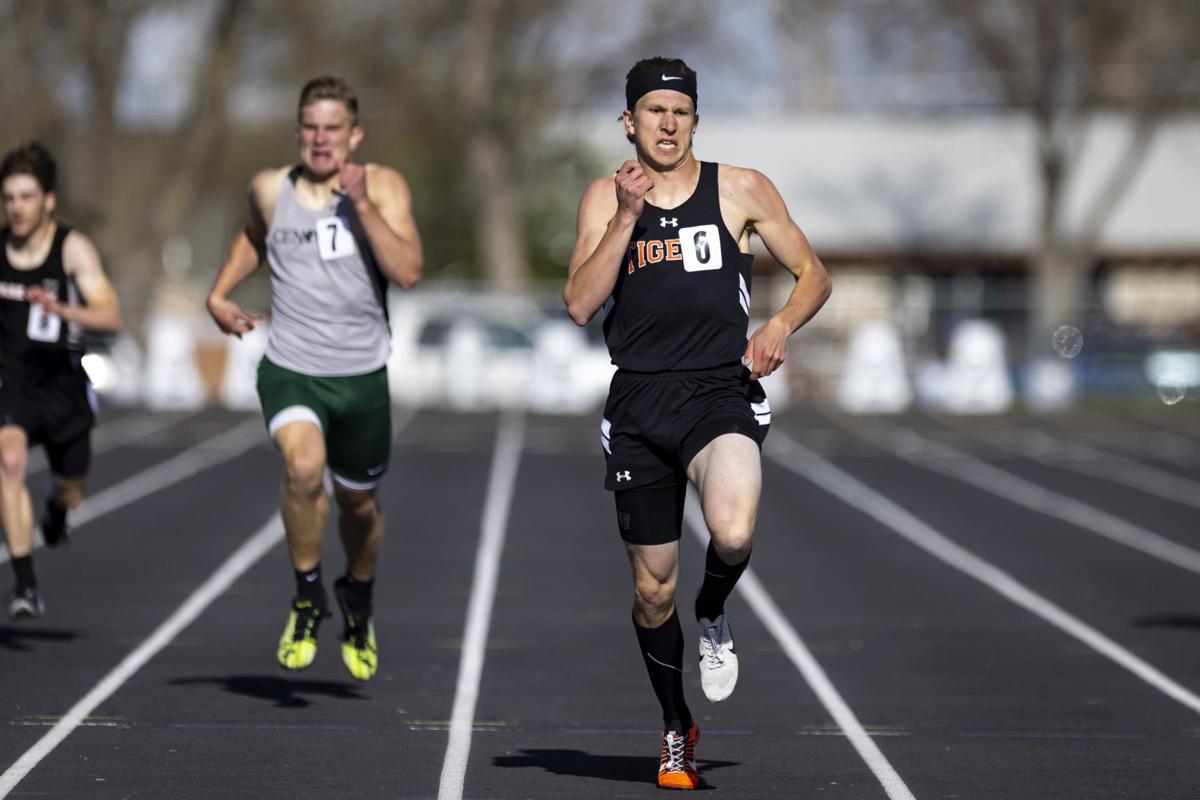 Manhattan’s Wyatt Barney, pictured running the 400 meters at the Midland Roundtable Top 10 meet at the Laurel Sports Complex on May 4, is the defending State B boys 800 champion. 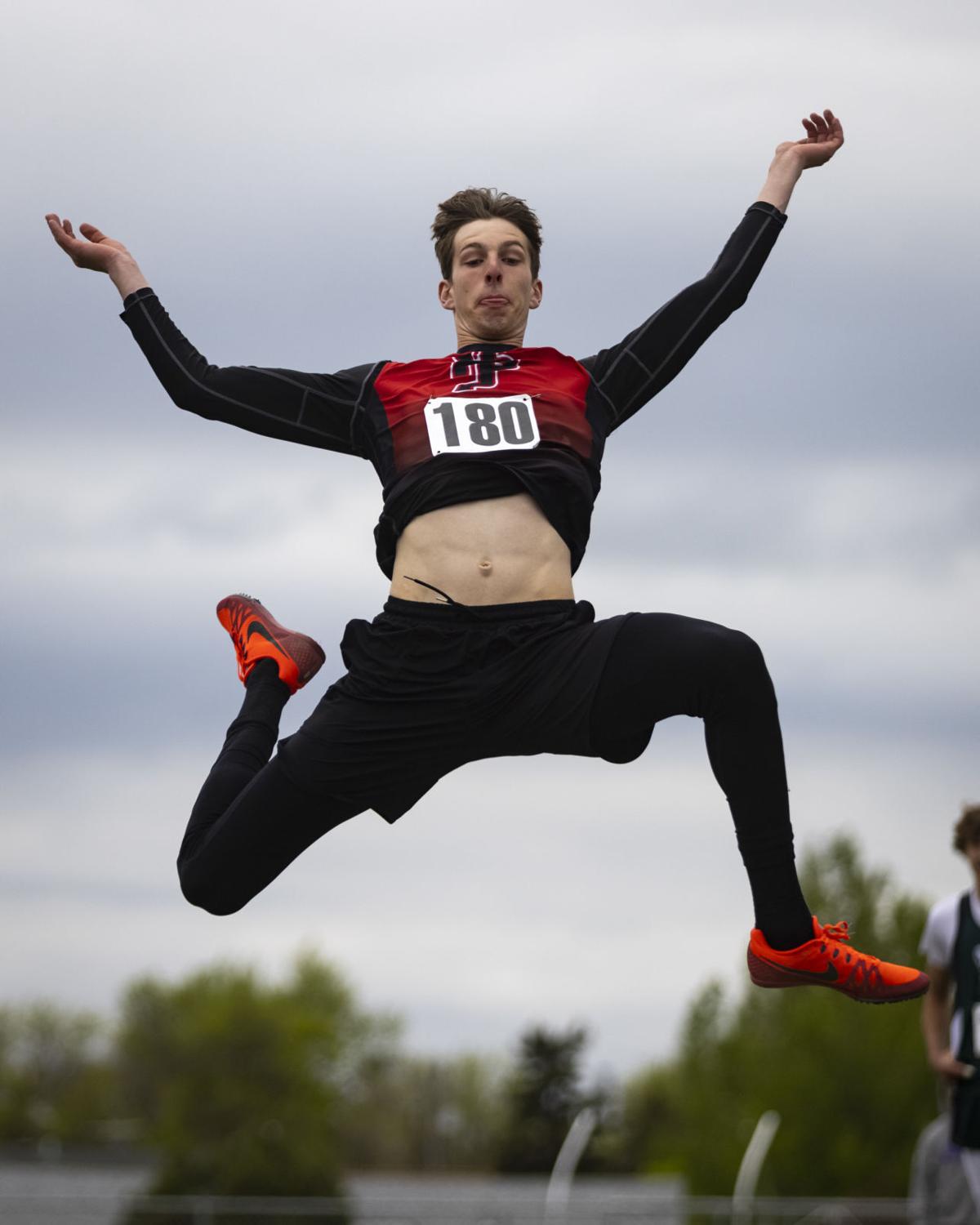 Huntley Project’s Noah Bouchard, pictured jumping 22 feet, 5.5 inches in the long jump at the Southern B Divisional meet at the Laurel Sports Complex on May 20, has the best Class B boys marks in long jump, high jump, triple jump and 110-meter hurdles.

BILLINGS — Because of the coronavirus pandemic, there has not been a high school state track meet in Montana since 2019. The wait will end this weekend, with Class AA and C holding their state meets at Missoula County Public Stadium and State A and B taking place at the Laurel Sports Complex.

Here is a look at the State B meet, which will begin Friday and conclude Saturday:

Overview: While Barney is the defending boys 800-meter champion, the senior looks more likely to win the 400.

Barney’s season-best 800 time is 2 minutes, 1.61 seconds, which is 14th among boys 800 runners in the state and second in Class B by more than two seconds behind Wolf Point senior Zander Ackerman. Barney finished second to Huntley Project junior Alex Nelson in the 800 at last week’s Southern B Divisional meet and has not broken two minutes since his 2019 State B-winning run of 1:57.91.

But Barney has displayed significant, steady improvement in the 400. After finishing 18th in the event at state and recording a season best of 51.53 seconds in 2019, he has surpassed that time in all six attempts this spring, with a PR of 49.67 at the Southern B. That time is third in the state and second in Class B to Missoula Loyola junior Ridger Palma, whose top 400 time is 49.58.

Bouchard has little reason to doubt his state title chances. The senior leads all Montana boys athletes in the 110-meter hurdles (14.5 seconds) and high jump (6 feet, 10 inches). His long jump PR (22-5.5) is half an inch short of the state’s top mark (held by Great Falls sophomore Reed Harris), and his top triple jump mark (42-11) is seventh in Montana. Both are No. 1 in Class B.

Bigfork junior Wyatt Duke has the state’s second-best high jump mark at 6-9, but beating Bouchard will be (quite literally) a tall task. The 6-foot-7 Project senior has attempted jumps of 6-11 and 7-0 this season.

Project won the boys and girls team titles at the Southern B, Bigfork placed first in both Western B team races and Fairfield (boys) and Malta (girls) were the Northern B champions.

Record watch: Bouchard has already surpassed the State B high jump record of 6-9, but state records can only be set at state meets. He’ll get his chance to officially become the top State B high jumper on Saturday.

Coverage of the 2021 state track and field meets from Missoula (AA and C) and Laurel (A and B).