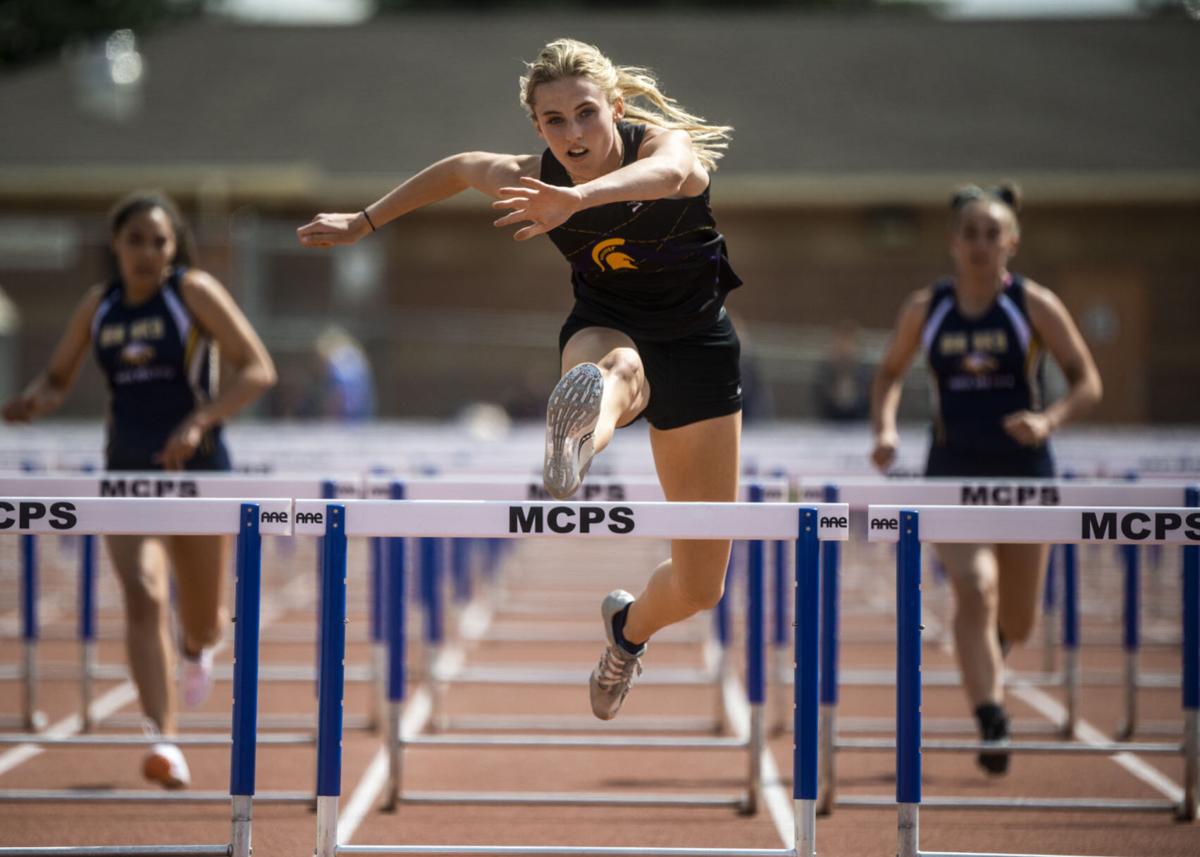 Sentinel's Brooke Stayner clears the final hurdle in the girls 100-meter hurdles during the track meet between Sentinel and Big Sky on Friday at Missoula County Stadium. Stayner finished first with a time of 15.17 seconds as she ramps up her breakout junior campaign after her sophomore season was canceled by COVID. 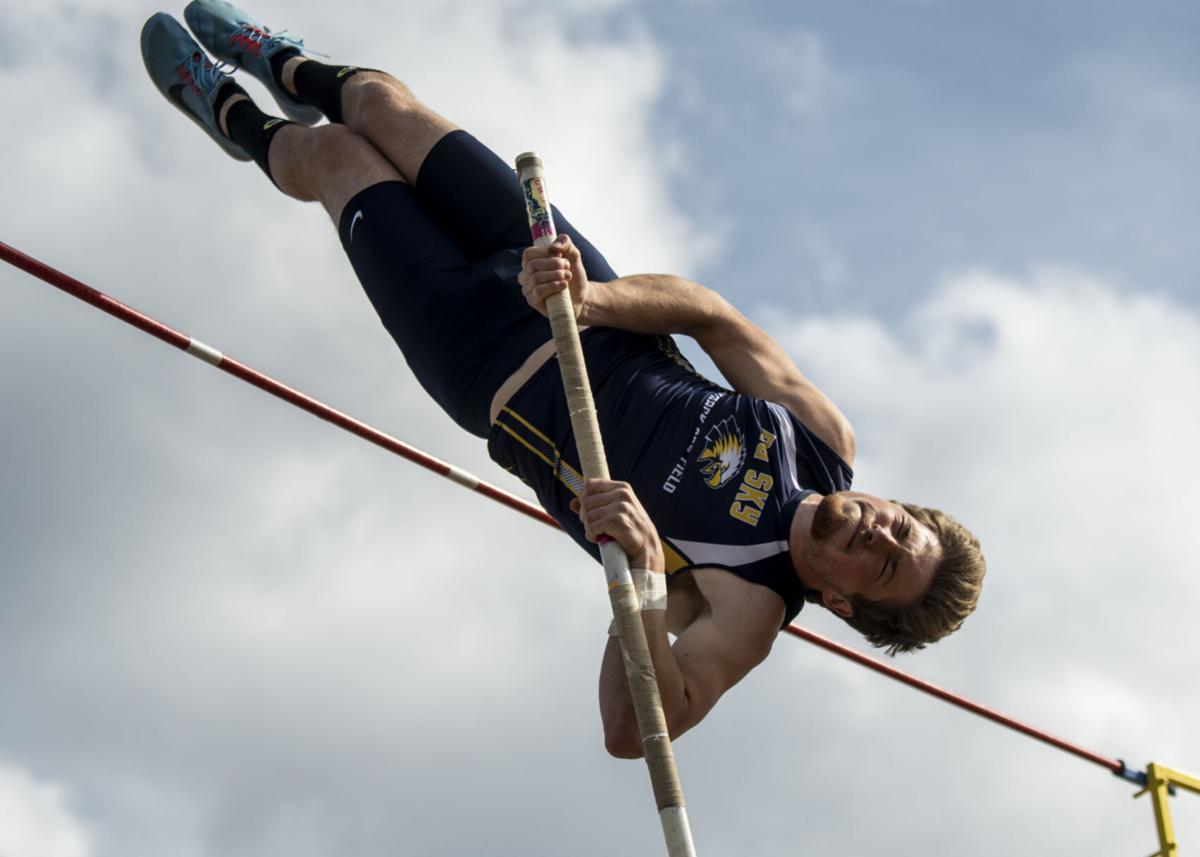 Big Sky’s Josh Smalley competes in the pole vault during the track meet between Sentinel and Big Sky on Friday at Missoula County Stadium. 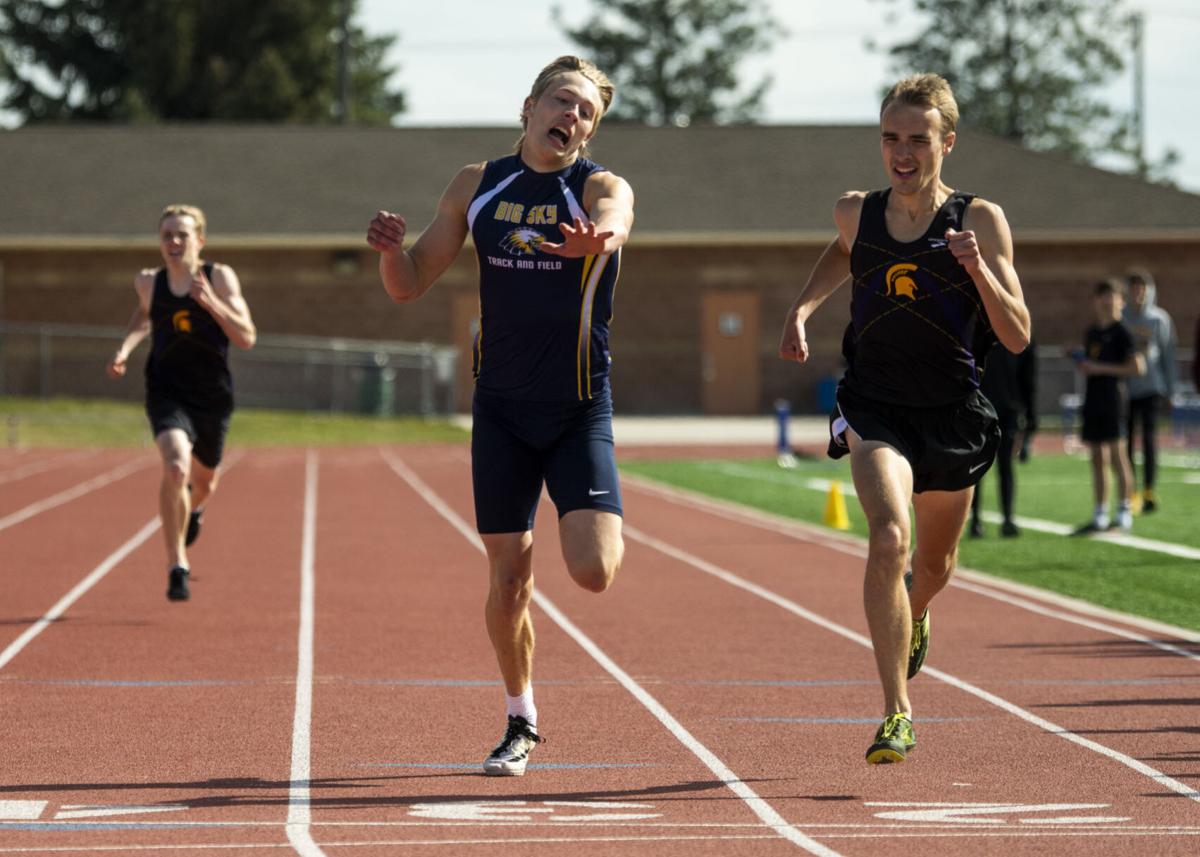 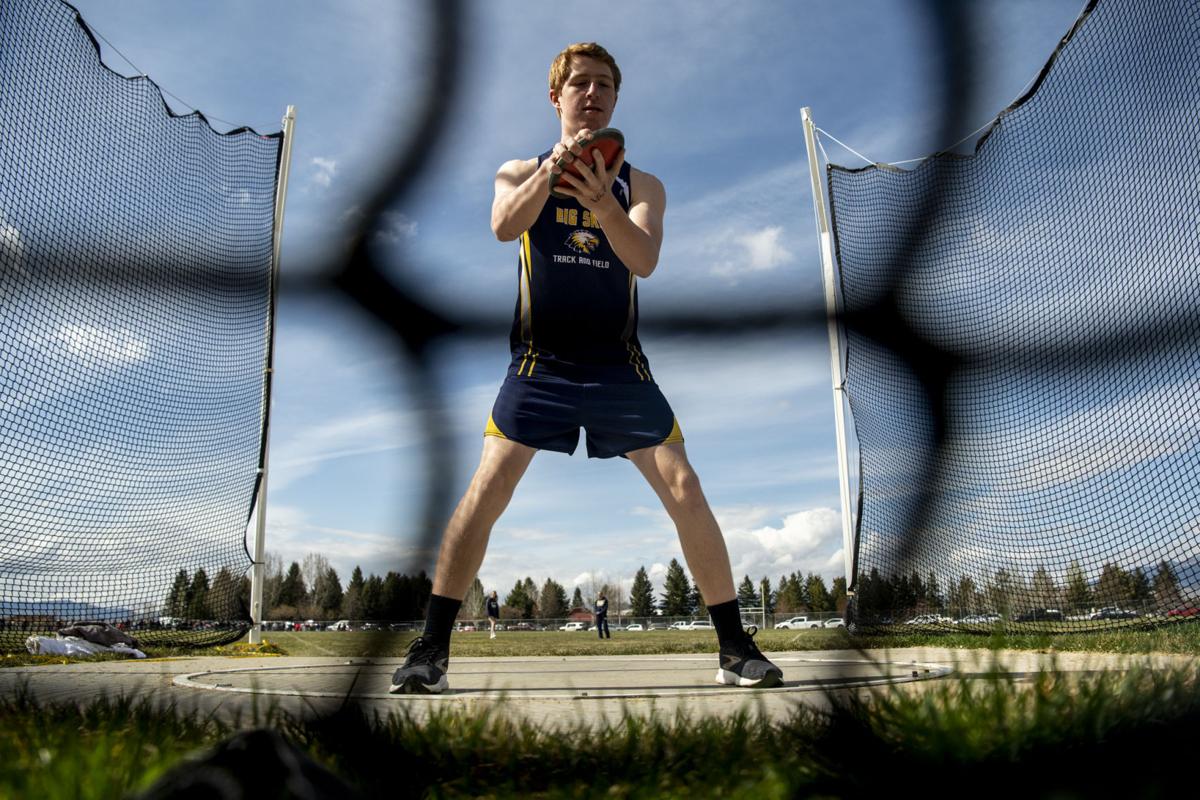 Scenes from the track meet between Sentinel and Big Sky on Friday at Missoula County Stadium.

Sentinel's Brooke Stayner clears the final hurdle in the girls 100-meter hurdles during the track meet between Sentinel and Big Sky on Friday at Missoula County Stadium. Stayner finished first with a time of 15.17 seconds as she ramps up her breakout junior campaign after her sophomore season was canceled by COVID.

Big Sky’s Josh Smalley competes in the pole vault during the track meet between Sentinel and Big Sky on Friday at Missoula County Stadium.

Scenes from the track meet between Sentinel and Big Sky on Friday at Missoula County Stadium.

Sentinel's multi-sport star entered Friday with the top mark in the state, regardless of classification, in the 100-meter hurdles, 300-meter hurdles and the long jump. And those aren’t even all the events Stayner, who in the past has been known as a distance runner, is competing in for the Class AA Spartans.

She runs about three to four events each meet, often switching in a rotation as she and her coaches are working for her to qualify for up to five or so events at the state meet.

Stayner made her mark for Sentinel's cross country team in the fall with three top-five finishes and a 16th-place mark in the Class AA state title meet in October as Sentinel took sixth as a team.

Now in track and field, she isn’t doing much distance at all — at least yet.

“Obviously, in the past, I’ve been a distance runner, and that’s how I’ve been classified, but I don’t think it’s been a bad thing to stray away from those for a while,” Stayner said Friday during a dual meet against Missoula Big Sky. “ … Aside from later in the year, maybe I will (run some distance), but that is up to my coaches and how my body is feeling just because the amount of eclectic events definitely takes a toll, so making sure you’re staying healthy is most important.

“I’m just trying to stay healthy in every way, and that means every form too — mentally and physically.”

Stayner is dominating early on in both hurdles — despite being new to the 300 hurdles — all the while keeping a solid pace in the long jump, high jump and getting the occasional run in the 400-meter dash and the 4x400 relay.

Her season-best time in the 100 hurdles so far is 15.13 seconds, her best in the 300 hurdles, which came the first-ever time she ran it, clocked at 45.14 seconds Friday. In the long jump, her mark of 18 feet, 1 inch is also tops in the state regardless of classification.

Stayner took first in the 100 hurdles Friday, blazing past the field with a 15.17 mark. She later competed in the long jump and the high jump.

With so many events on her docket each week, plus a recent stress fracture that she dealt with during cross country, Stayner and her coaches have the challenge of load management and making sure she doesn’t overexert herself.

Often, Stayner is the one who wants to do all the events she can, Sentinel head coach Craig Mettler said Friday. When that happens, Mettler and the Sentinel athletic training staff have to pull her back a little and find ways to prioritize her events and keep her as fresh and healthy as possible despite the hard events she competes in.

If she runs the 300 hurdles, for instance, don’t expect her to run the 4x400 or the 400. Doing the 100 hurdles, meanwhile, at the start of each meet is an easy one to manage, while she may not do the full amount of jumps in the long or high — often coming in at a later height in the latter event — as the field events can be played with and managed in a way to get her rest.

Part of her massive breakout this season, Mettler said, is simply due to the lack of a sophomore year. Her results — like many in her class around the country — are completely different compared to her freshman numbers because she is two years older. Even with a lost season of training, Stayner has exploded with natural athleticism that her coaches are now working to combine with the technical skills needed to be the best she can be.

The biggest example of her athleticism and raw technique was her interesting form when going at the 300 hurdles in a dual against Butte last week.

Stayner had never ran the event in a meet but had done the 100 hurdles and other long sprints. She ended up winning the event, putting up the top mark in the state in the process, all while running with the wrong lead leg.

Usually, she leads with her right leg when going over the hurdle with her left leg trailing quickly behind, but she had her strides a little off and led with her left and her right trailing behind. A quick tune up to her form to match her strides better could cut almost two seconds off her time, Mettler said.

She did just that Friday and improved her time to set a new personal record in the event and keep the top spot in the state.

“She’s having a breakout year, that’s for sure,” Mettler said. “ … It’s incredible what she’s doing with having that much time off, to be honest with you. … You will only continue to see some nice strides from her, I believe. … When you can refine the technique, it’s going to be something beautiful to watch.”

'There’s no fear': Missoula Sentinel's Drew Klumph is a quick study in clearing some new hurdles

Missoula Sentinel junior Drew Klumph is knocking down some big hurdles on the track, being ranked in the top five in the state regardless of classification in two events.