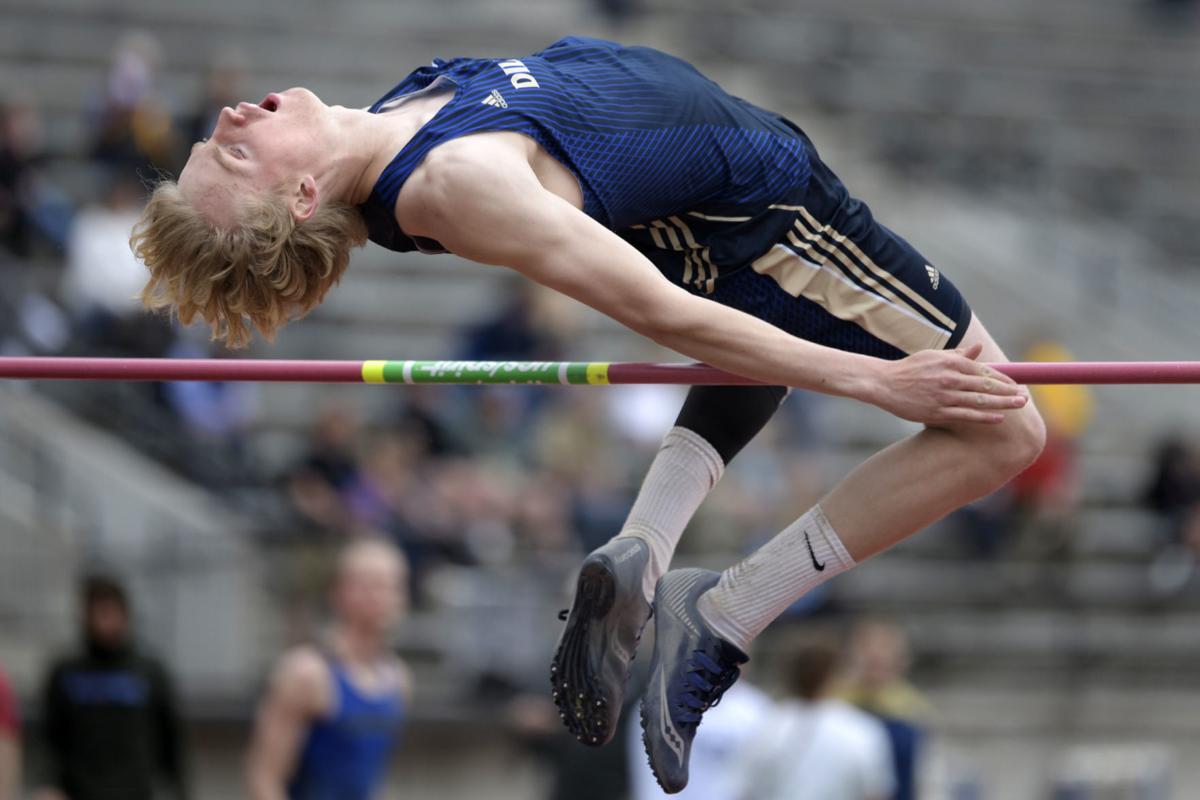 Dillon's Alfred Peterson leads Class A in both the long and high jumps. 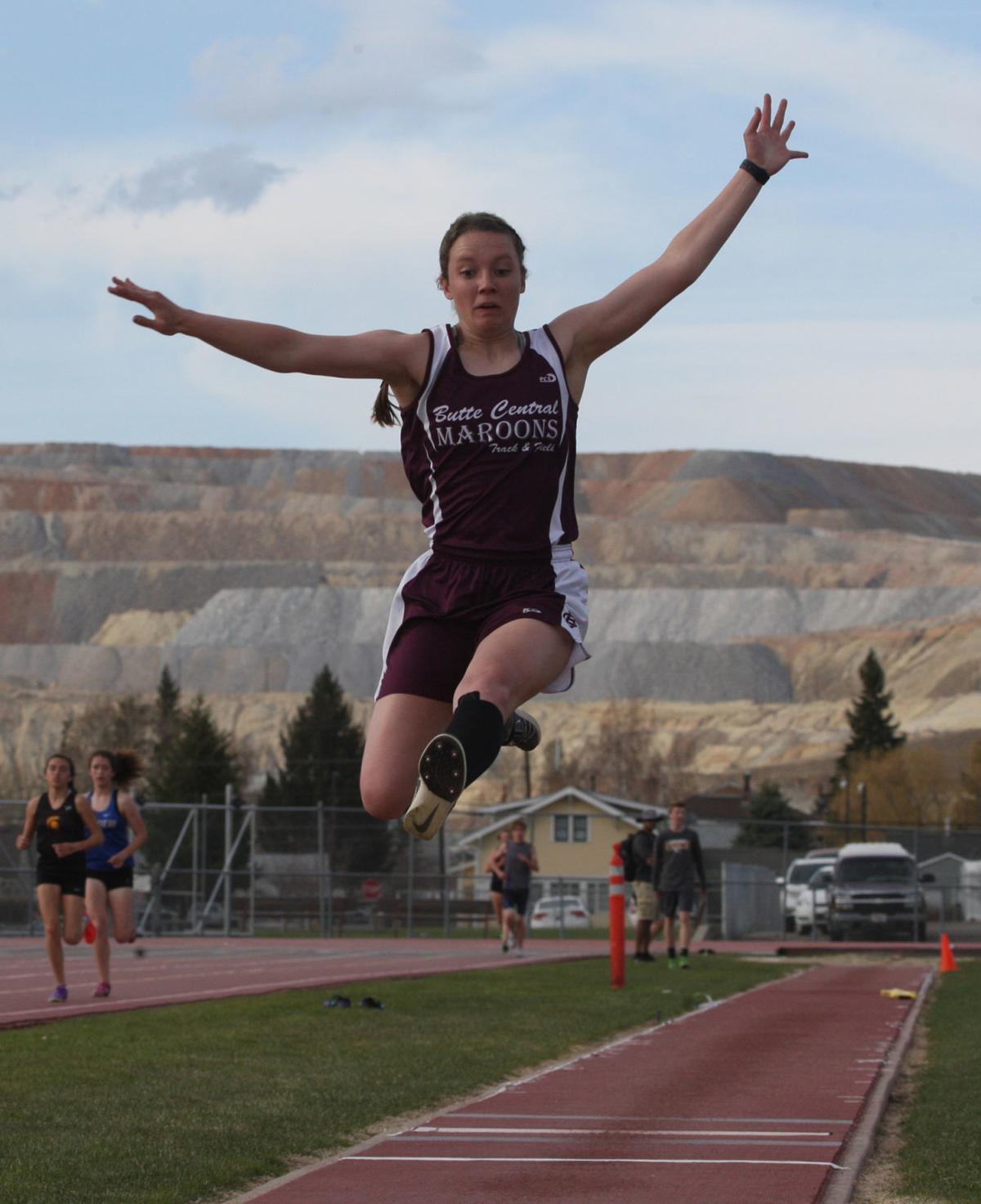 Butte Central's Lindsay McGree is the defending champion in the Class A girls long jump and will look to preserve her title at the State A track and field meet in Laurel this weekend. 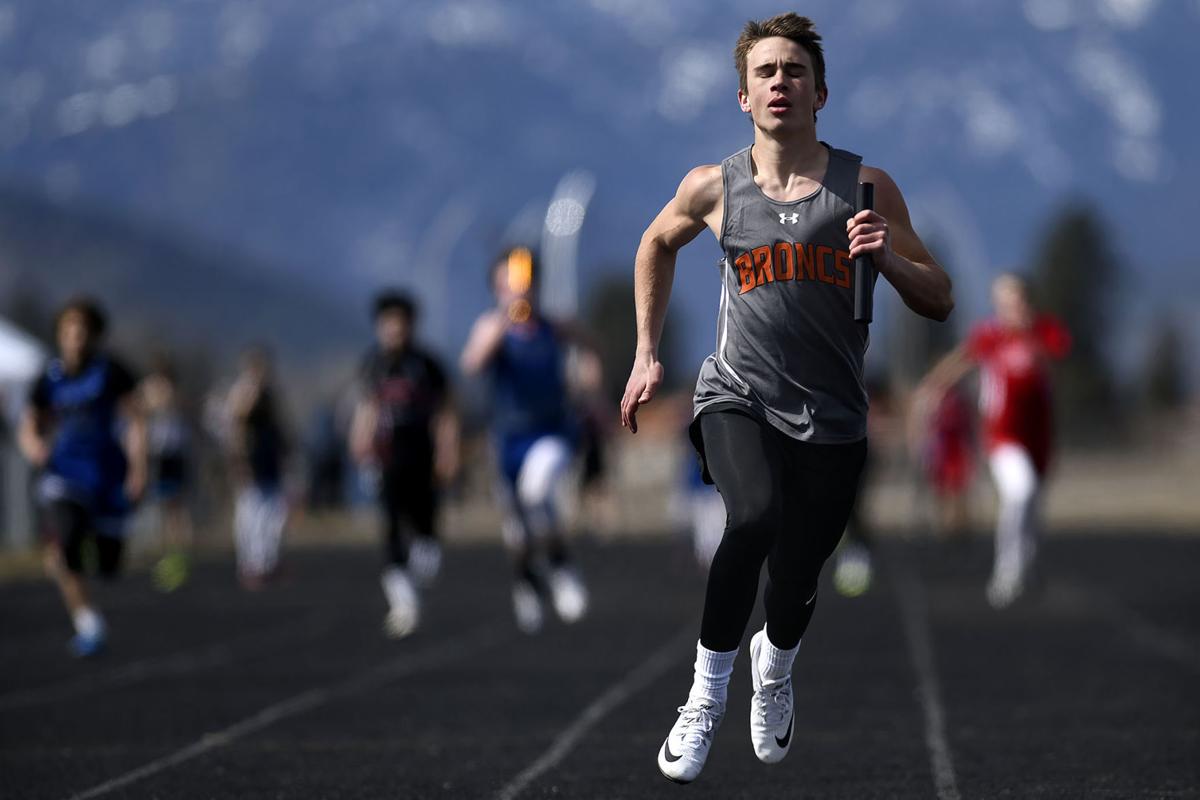 Frenchtown's Jace Klucewich during a race last season. He leads the Class A boys in both the 100 and 200 meter races. 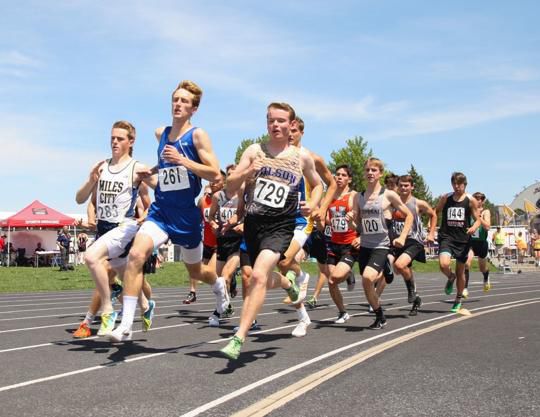 Polson's Quin Stewart (right) in the Class A 800-meter run last season. He is the defending champion in the event.

BUTTE — Athletes from 12 schools will head to the Mining City this weekend for the Western A Divisional track meet at Charlie Merrifield Track.

Serving as a last-chance state qualifier, it will bring the Northwest and Southwest A schools together for a showdown as championship season gets fully underway. If the weather holds off — rain and snow are in the forecast — it has potential to be one of the best meets of the season.

Nine individual 2018 state champions and two relays are set to compete at the meet, which starts on Friday at 1 p.m. and Saturday at noon. With that in mind, here is a look at some things to watch for over the weekend.

Dillon’s Tylia DeJohn is the only returning state champion (boys or girls) in the sprint events and she took the title last season in the 200 meter dash. She was also part of the state champion 1600 relay team and the Beavers took the team title as well.

DeJohn has the best Class A times in both the 100 and 200 meters by a bit of the gap and should be considered the favorite in both of those races. Ronan’s Kinsley Barney and Whitefish’s Lauren Schulz will certainly have something to say about that, as both are ranked near the top of Class A as well.

On the boys side, Frenchtown’s Jace Klucewich is the athlete to watch. Of the 12 sprints (100 and 200) he’s entered in this season, he has won seven of those races. After false starting in the 100 and finishing fourth in the 200 as a freshman, Klucewich’s sophomore campaign has been nothing but impressive.

Columbia Falls’ Drew Morgan should be another name to watch here.

Lee Walburn has been the best hurdler in the Western A this season and has been strong in both events. The Whitefish senior has Class A’s best time in the 300 meter hurdles and trails Laurel’s Chris Abell by .05 in the 110 race.

On the girls side, Dillon’s Ainsley Shipman has been deeply impressive for the Beavers this year. The freshman has the best Class A times in both the 100 and 300 hurdles and has shaved a tremendous amount of time of her runs over the past few weeks.

In distance and mid-distance

In another jam-packed event, three individuals who took four distance and mid-distance state titles last season will be in Butte this weekend.

Polson’s Bea Frissell is the defending champion in both the girls 1600 and 3200 races. She leads Class A in the 1600 by nearly five seconds, the 3200 by nearly a minute and is third in the 800. In the girls 400, Whitefish’s Lauren Schultz is a defending champ, though Faith Rebich has the best time in the division.

Quin Stewart (Polson) is the defending champion in the 800 and Frenchtown’s Tyler Schmautz is another athlete who has potential for a good weekend.

Four athletes are returning state champions in the field events in what should be another excellent area of competition.

Butte Central’s Lindsay McGree, a defending champion, owns the best girls long jump mark in Class A and her jump of 18 feet, 3.5 inches is fourth all-class. The high jump, pole vault and triple jump should all be hotly contested on the girls side as well.

In the throws, Corvallis’ Calla Haldorson is the returning champion in the discus and has the best Class A girls mark by 12 feet. Columbia Falls’ Angellica Street is one of the very best javelin throwers in the state (she’s the returning champ) and has also been strong in the shot put.

The only returner this weekend for the boys will be Dillon’s Zane Johnson, who won the triple jump title last season. Beaverhead County has an extremely deep field crew this season and Alfred Peterson has the best Class A marks in both the long and high jumps.

Hamilton’s Michael Graves will also lead a tremendous group of javelin throwers. The Broncs’ Jacob Campbell and the Blue Devils’ Garrett Brown are some other names to watch in the other boys throwing events.

Who's in?: A look at the midseason Southwest Montana state track qualifiers

As track season begins to grind towards championship season, plenty more athletes from around Southwest Montana have qualified for the state meet.