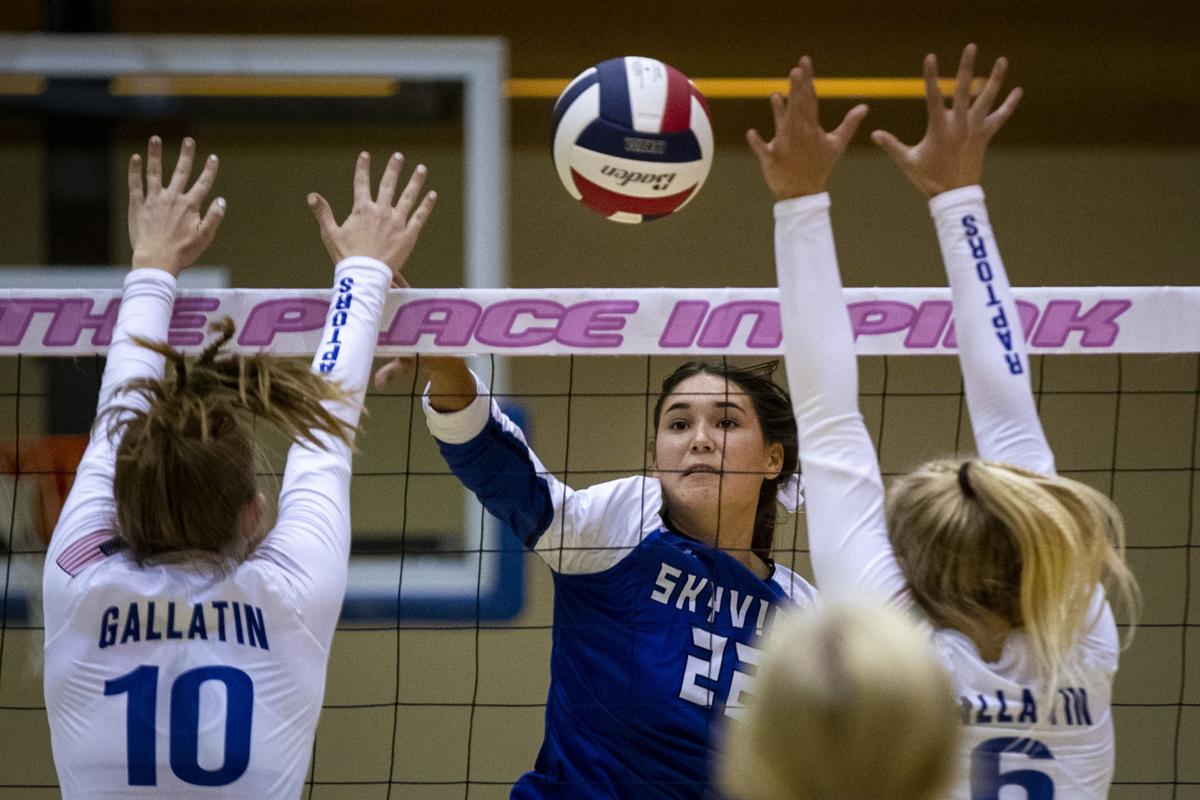 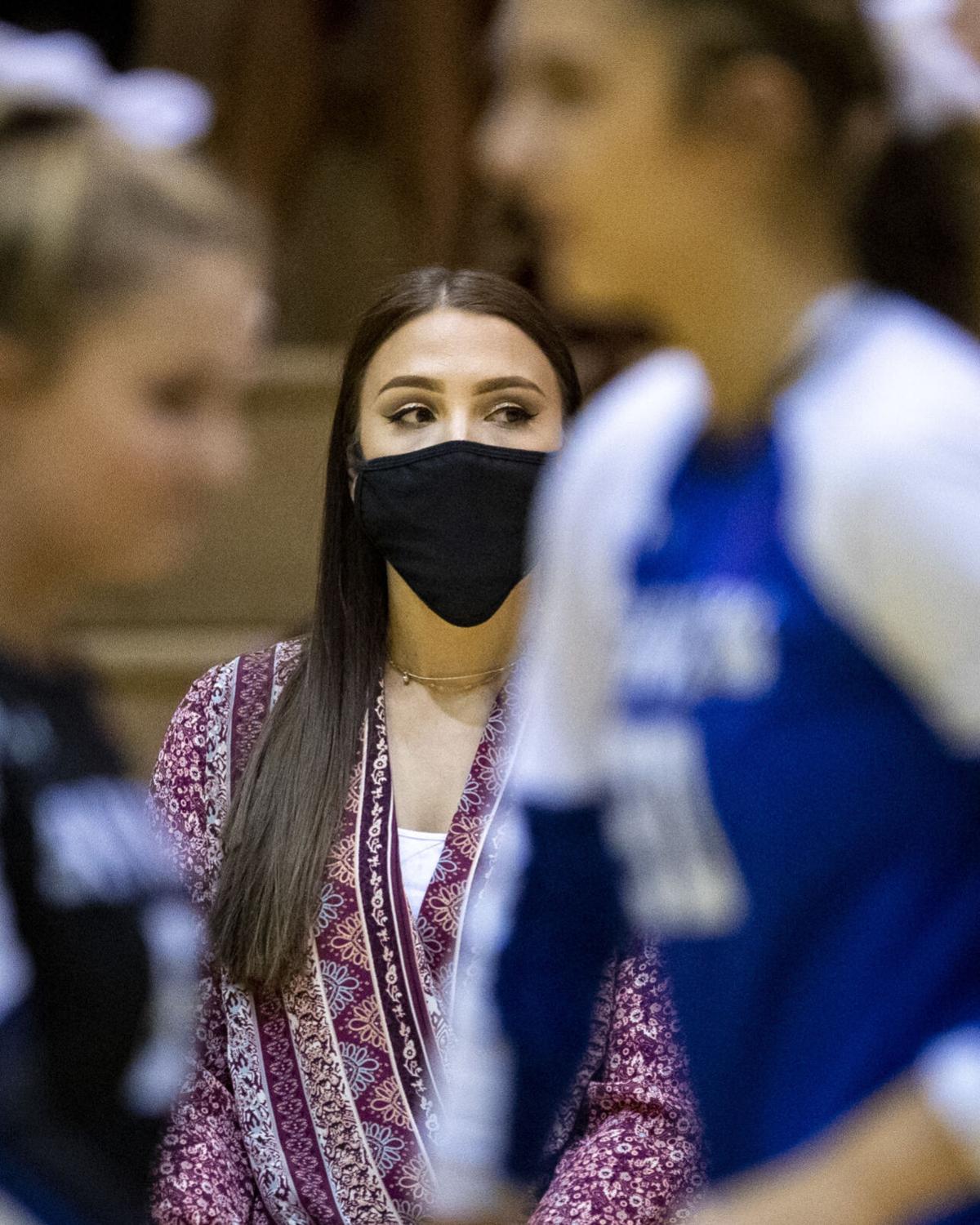 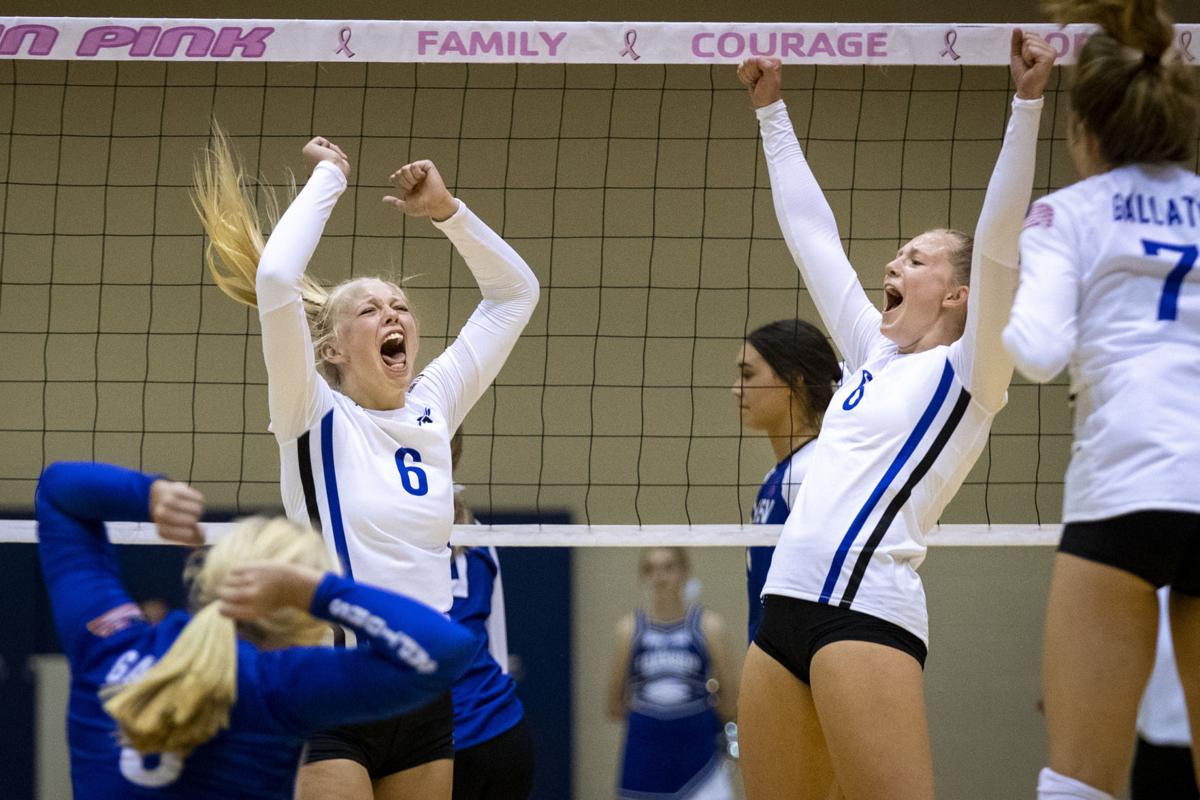 Bozeman Gallatin's Miya Ross (6) and Makyah Albrecht celebrate after a point during a match against Billings Skyview on Friday at the Skyview gym.

Bozeman Gallatin's Miya Ross (6) and Makyah Albrecht celebrate after a point during a match against Billings Skyview on Friday at the Skyview gym.

BILLINGS — It was more than a 12-hour day for Stormy Siemion, who began her Friday at 7 a.m. at Billings Skyview and finally left the building at 7:45 p.m.

But at least she left a winner in her coaching debut, as two Class AA volleyball programs started on new paths at the Skyview gym.

Bella Bryan had 15 kills — including the match-clincher on a tip toward the sideline — and Hayden Baumberger added 11 kills and seven blocks to help the Falcons overcome the aggressive serving of the Raptors.

Siemion was just glad to be past this first one. The Falcons hit the road Saturday for a match at Bozeman High.

“It was fun,” Siemion said. “It was more just knowing what to do, not just the volleyball but everything that goes into it. It’s just a relief to get past that and now we can really concentrate on volleyball.”

Siemion was talking about all the behind-the-scenes pregame and postgame stuff that goes on for a head coach at the high school level, so fortunately for Siemion the players took care of the volleyball part.

Talle Ketchum and Sydney Rude combined for 41 assists, and Renzie Pond added 18 digs as the Falcons rebounded from a 2-1 deficit to get the win. Ketchum, who had 26 assists, also had 12 digs and Brooke Berry contributed eight kills.

“That intensity there at the end was great, we fought through it,” Pond said. “Great way to start the season. We just need to be more aggressive. Coach Siemion has told us that we need to compete every day and we just need to hit the ball and swing aggressively as much as we can.”

Gallatin, which opened just this fall, played its first match in school history. Though the Raptors left Billings on the down side of the scoreboard, coach Ashley Obstar, who coached the past three seasons at Bozeman High before joining the new school across town, was enthused by what she saw.

The school has no seniors, and five of her six starters were starting for the first time.

Siemion played her high school volleyball at Huntley Project under the guidance of Iona Stookey, who is in her 31st year with the Red Devils and 35th overall. That means Siemion’s career is bookended by two coaching legends who have a combined 64 years of experience.

With one match down, and a five-set nailbiter, no less, does Siemion have 29 seasons in her like her predecessor Carle?