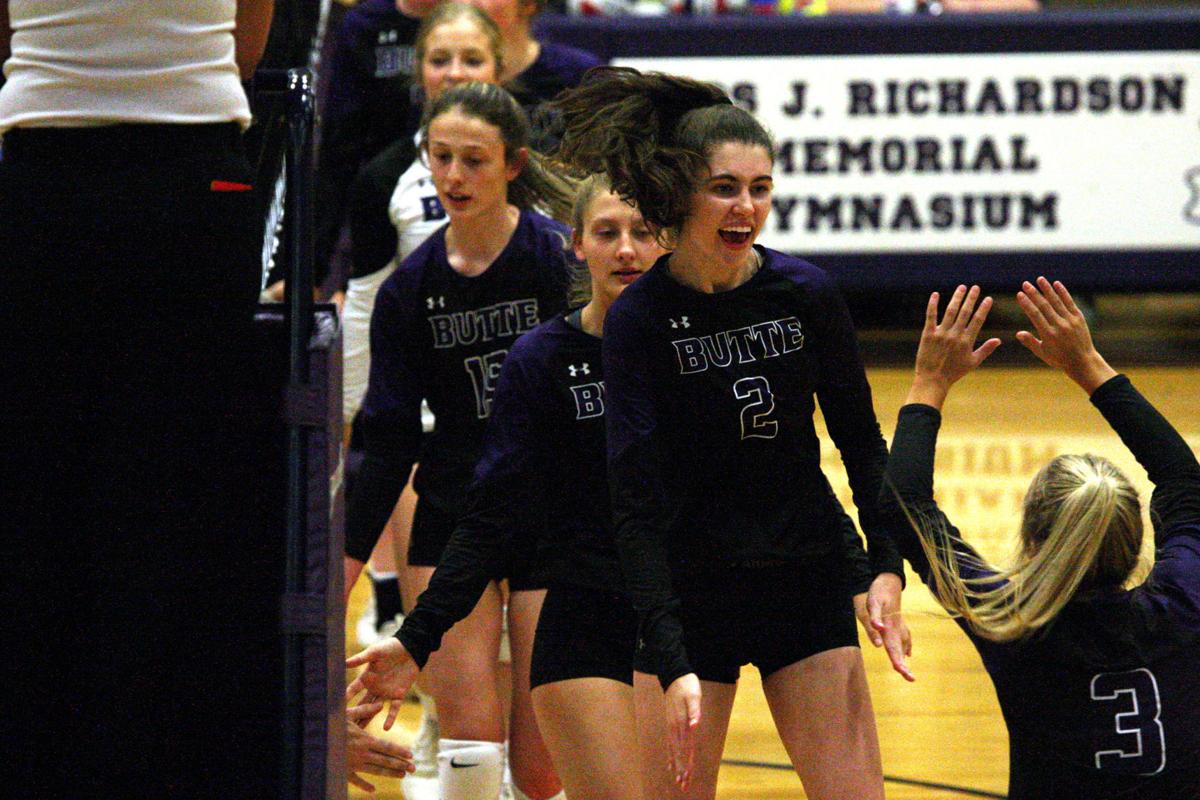 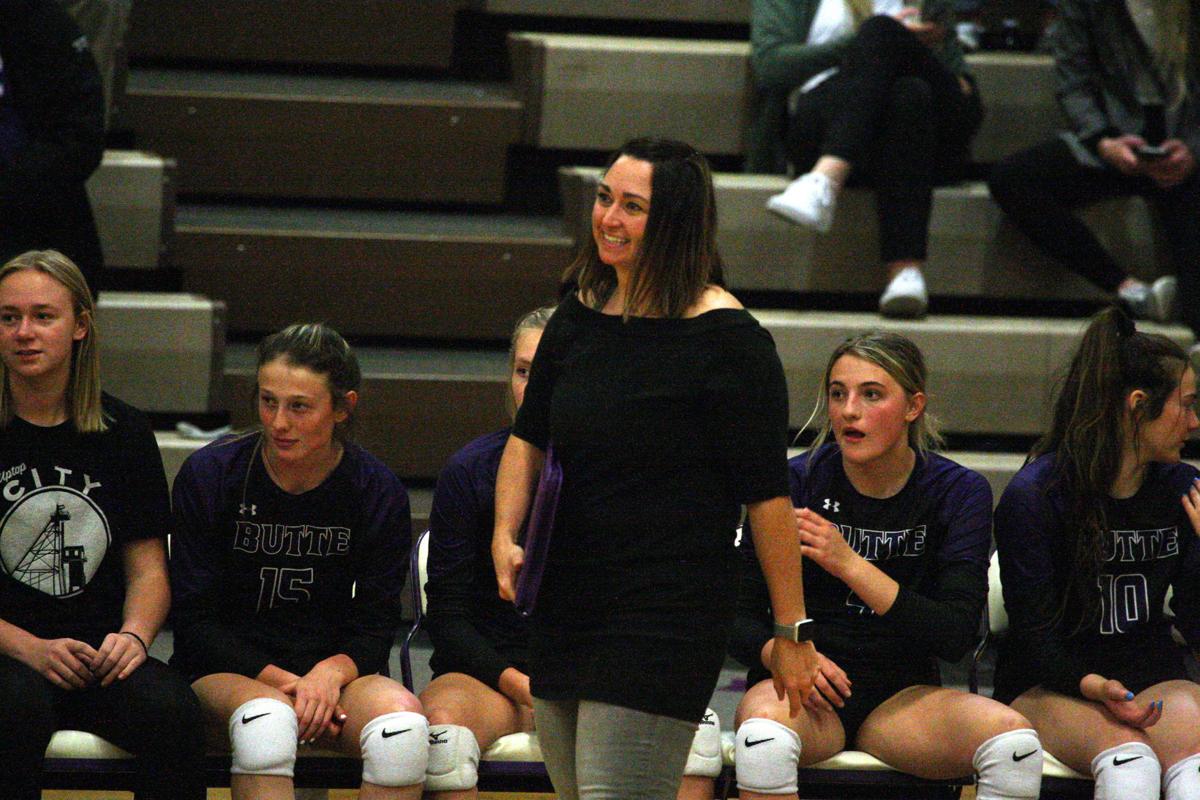 To say that Butte volleyball was emotional after their playoff play-in win over Glacier would be an understatement.

“I’m still shocked,” said Butte head coach Jeni Hope. “When the game was over, I burst into tears because it’s been such an emotional ride. We never looked ahead, but we never mentioned anything about Thursday being our last game. It’s a big deal.”

The occasion marks a huge moment in Hope’s tenure with the Bulldogs, and a special moment for a group of seniors that were looking for their first state appearance as they look to stretch their final season in purple as long as possible.

“Leadership was great from the seniors,” Hope said. “Our energy was great, they wanted it and I knew they did. We took our time going up to Glacier, and just focused in. We focused on playing as hard as we could tonight, and having fun. We didn’t talk about it being the last game, and that mattered. It was just another game we had to win.”

The Bulldogs were led in kills by senior Emma Field (9), who also tied junior Hannah Ferguson with seven blocks a piece as the pair provided a stout wall of defense against the Wolfpack.

Hope mentioned that her team had been preparing in the defensive department, and that the work on blocking paid off for the Bulldogs, especially in Ferguson’s case.

“We focused on blocking yesterday,” Hope said. “We worked hard on setting and closing the block. We work on footwork, armwork, handwork… We worked on everything. I think it’s coming together based on that. Hannah hasn’t had a game like that all season. She was getting aggressive, and it was like she was playing offense with her defensive blocking.”

Hope mentioned that while her team’s practice and dedication has translated to better technical performances, the most important area of growth for Butte has been the team’s confidence.

“I tell them all the time, I don’t think you believe how good you are,” Hope said. “See what we see, believe in yourself. They did that tonight. I have to give credits to the younger kids too, they want it just as bad as the seniors. They’re all really good friends too, and that’s an important element. It helps the younger kids take on leadership roles.”

Now, after an emotional do-or-die victory, the journey continues for the Bulldogs.

East Class AA’s No. 1 seed CMR High welcomes the Bulldogs when Class AA’s finest descend upon Bozeman’s Brick Breeden Field House. The Rustlers will provide a strong challenge, as CMR went 22-1 on the season and undefeated in conference play.

However, Hope and Butte will enter Bozeman with the same strategy as they took to Kalispell: one game, one play at a time.

An emotional senior night at the Ross J. Richardson Memorial Gymnasium started with a bang.