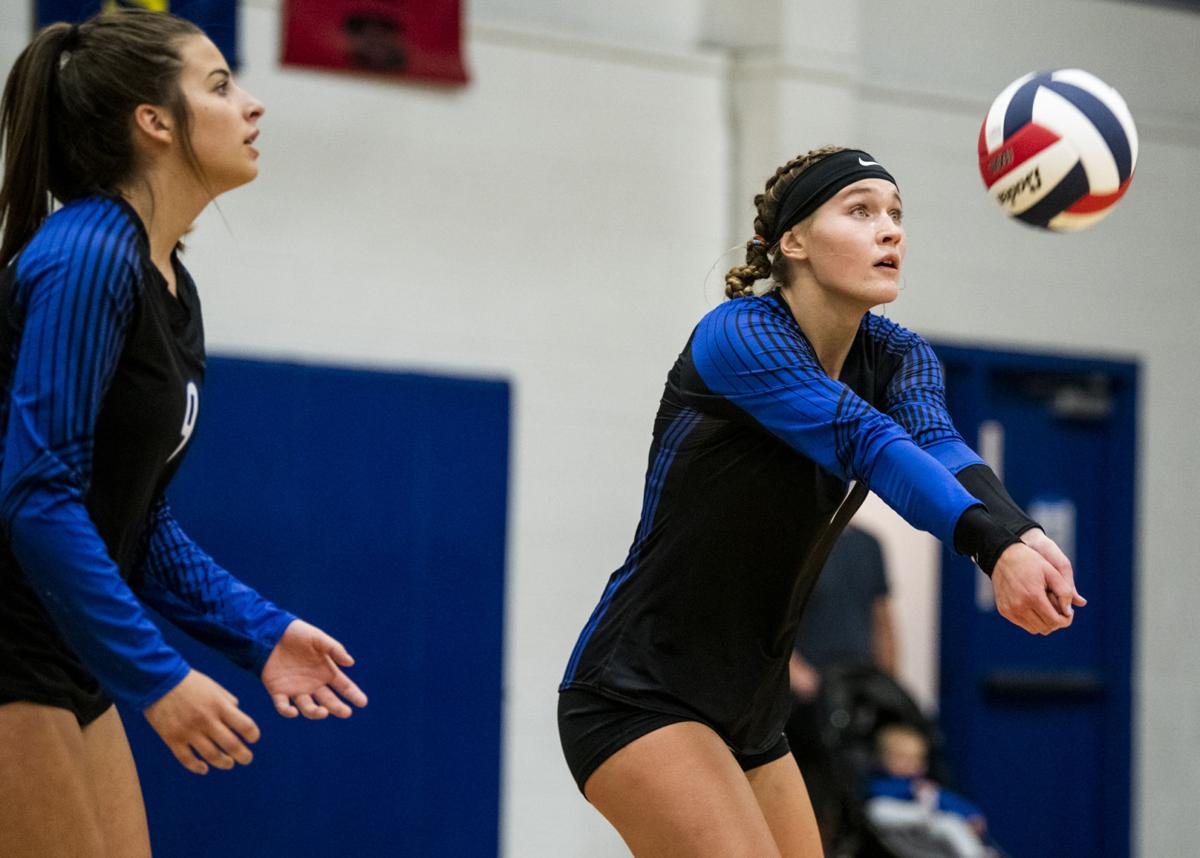 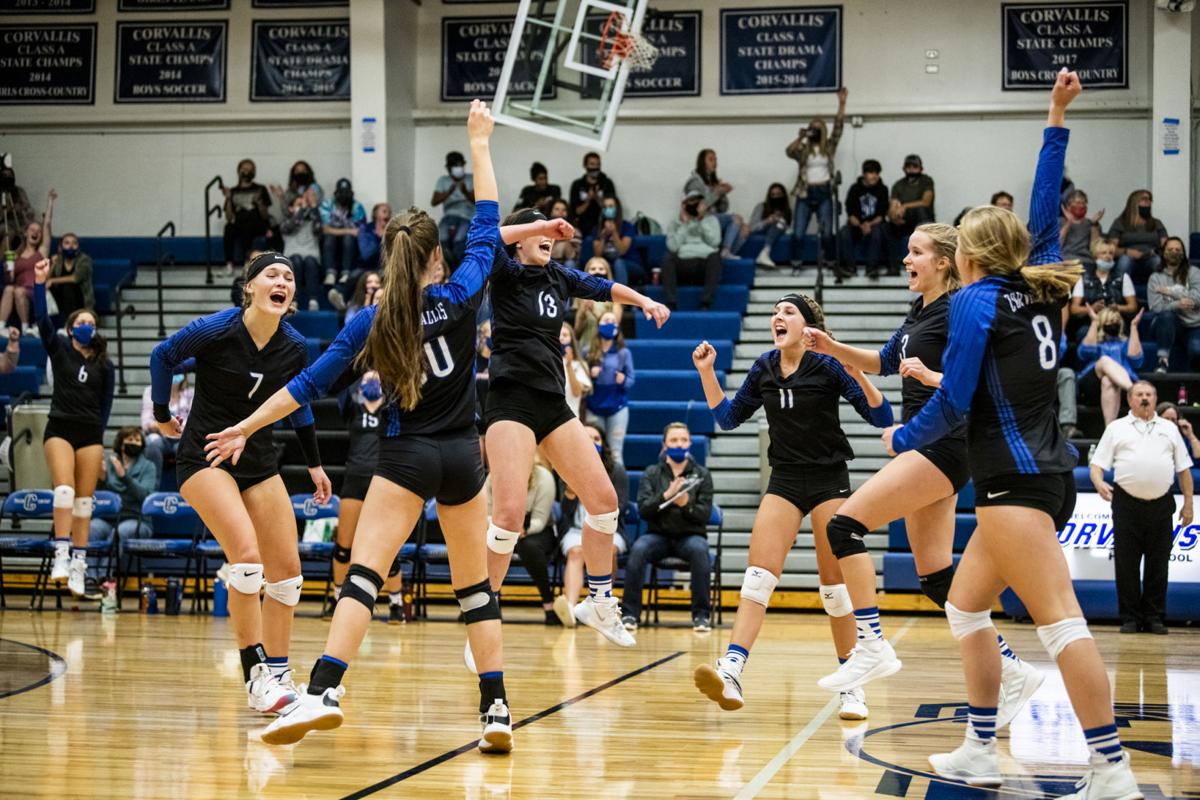 The Blue Devils celebrate their victory over Hamilton.

The Blue Devils celebrate their victory over Hamilton.

CORVALLIS — At the beginning of the season, Hailey Anderson wasn't even getting time on the Corvallis varsity volleyball squad.

They certainly have to be giving her time now. Anderson had four of the nine Blue Devil aces as they swept Hamilton 25-16, 26-24, 25-17. The junior closed out the third game with nine straight serves and subbed in late in the second to help fend off a determined Bronc team.

Corvallis head coach Laurie Jones was impressed with Anderson's play, but there are still things to fix for the 2019 Class A state champions. Overall the serving for the Blue Devils was occasionally rough, resulting in more service errors than aces.

Being able to fight through mistakes is a mark of a good team, but Jones wants her team to be great and she wants the sloppy errors to be fixed. There were also a few attack errors mixed in and the occasional long ball to the back line. But, again, those are things that can be minimized with practice.

Corvallis is a fairly young team and graduated a good chunk of seniors who had been key parts of its rise to being one of the top prep programs in the state.

"I think they came out too anxious and overly excited. So they were making mistakes that we don't usually make, and our serving wasn't where it should be," Jones said. "Overall, I think we're at a good spot for it only being game two. But there's always something to work on."

After controlling the first set and first half of the second, Corvallis looked like it was on the road to an easy sweep victory. Hamilton, though, had other ideas. Down 11-6, the Broncs rallied to get the match within 15-13 and then finally took the lead at 21-20.

Hamilton was just two serves from winning the second game when it took a 23-21 lead, but that's when Anderson checked back in. A Hamilton hitting error made it 23-22 and after a good volley, Corvallis tied it at 23. A mess around the net after a good block by the Blue Devils helped give them the lead.

Hamilton tied the set at 24, but Corvallis won the final two points to take a 2-0 lead.

"We kind of had a tough week and last week, we lost one of our players. She ended up moving out of state," Hamilton head coach Jordan Carver said. "So we just had two practices to kind of revamp everything. I'm really proud of how my girls came out and really worked together and came out tonight."

The Broncs had the third set tied 15-15, but could not quite muster up a final push to win the set. Katelyn Dickemore was extremely impressive for the Broncs, notching nine assists, four aces and three kills.

Corvallis also got a strong contribution from senior Madeline Gilder who had a 11 kills and a block. She was all over the court and while there were a few mistakes, she played well on the outside.

She also had the chance to serve a bit and was fairly effective when doing so and had a strong third set.

Brooklyn Powell had 18 assists for Corvallis while Katelyn Behner added on 10 digs. Magdalena Ringer had four kills to lead Hamilton while Layne Kearns led the Broncs with 15 kills.

"There are physical battles and mental battles," Jones said. "Tonight was a little bit of both."

With so many unknowns about fall sports, the Bigfork football team is finding solace on the field while sharing messages of hope and humility.