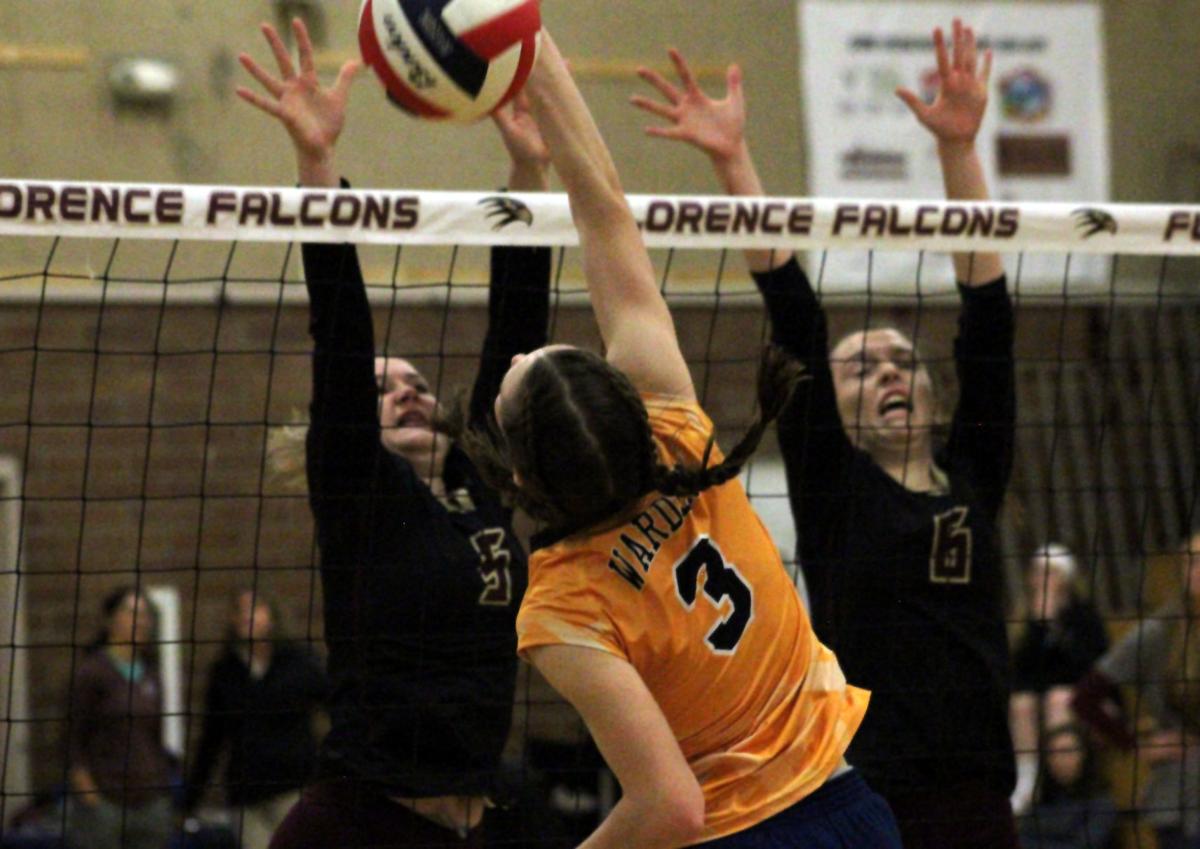 Florence's Rylie Morton (5) and Gracie Houston (6) block a shot from Deer Lodge's Emma Johnson Saturday during the first round of the District 6-B volleyball tournament. The hosting Falcons topped the Wardens, 25-7, 25-16, 25-19. 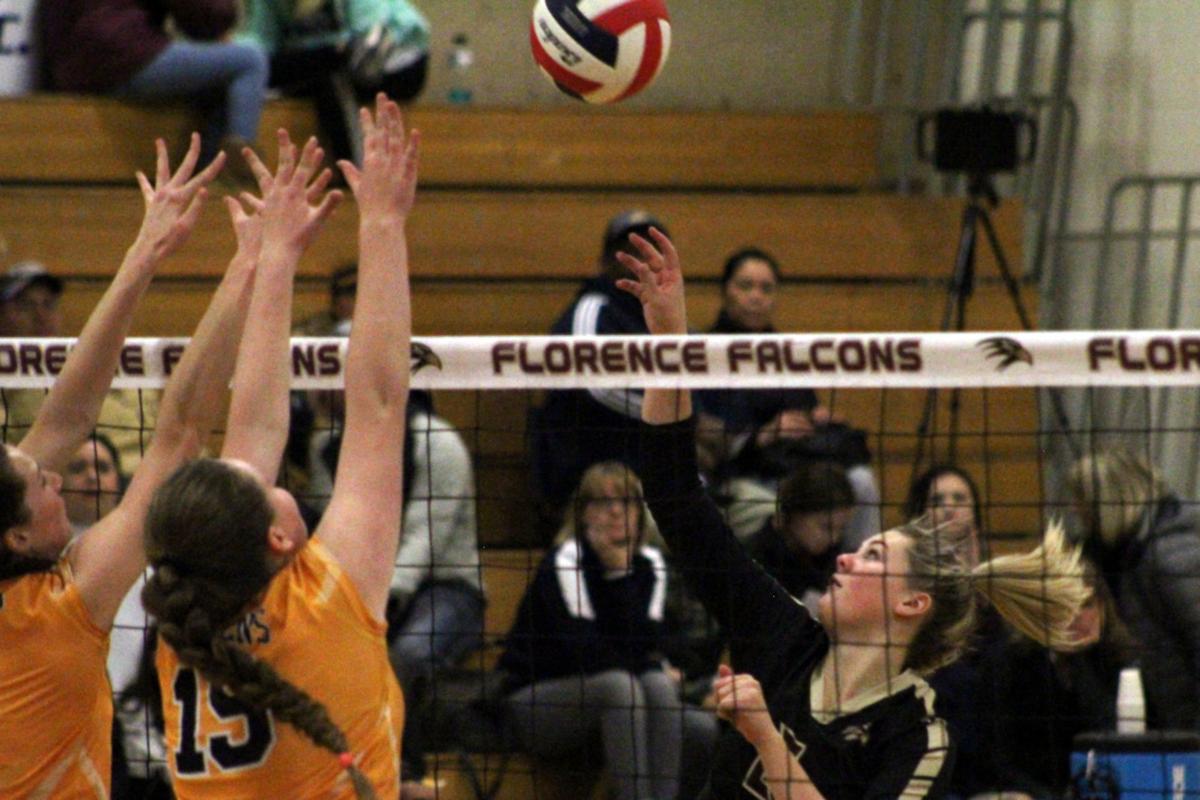 Florence's Rylie Morton (5) and Gracie Houston (6) block a shot from Deer Lodge's Emma Johnson Saturday during the first round of the District 6-B volleyball tournament. The hosting Falcons topped the Wardens, 25-7, 25-16, 25-19.

On its home court in the first round, the Falcons topped a plucky Deer Lodge squad in straight sets, 25-7, 25-16, 25-19. They went on to top Anaconda in straight sets for the district title late Saturday.

In a way, though, Florence is competing against itself.

The Falcons, two-time defending State B runners up, are undefeated in conference play and have dropped just two total matches overall. Those two matches came in three-set tournament play, with one of those matches coming against Class AA Great Falls CMR in the MCPS Invite last month.

Big goals — returning to the Class B state title game — mean the Falcons expect the best out of themselves match in and match out. If a point lands for the underdog — like it did late in the second set for Deer Lodge to pull within three points, 18-15 — it can bolster an opponent.

So how do the Falcons keep from being upset in a match?

"No matter what, this is championship Saturday and we need to play to our potential," Florence coach Christy Duchien said after her team's first-round win against Deer Lodge. "We need to garner our own energy. It's early in tournament season and we'll find a way to do it each and every set."

The depth of talent Florence has also doesn't hurt in helping the Falcons steal back momentum.

In Set 2, Deer Lodge got out to a 7-6 lead after back-to-back blocks from Amy Fjell. The senior middle finished with a team-high three kills and 10 assists for the Wardens.

But Florence rattled off six straight points from there with a pair of Jacklyn Balfourd aces, two Sarah Hopcroft kills and a block from Gracie Houston to give the Falcons a 12-7 lead. They wouldn't trail again as backup setter Kasidy Yeoman also added a tip kill and Jaidyn Larson provided some big play at the net in Set 2 as well.

The Florence attack essentially came from everywhere as the Falcons met expectations in the first round Saturday. Those expectations only grow the District 6-B champs get deeper into postseason play, though.

"We focus in the moment, we focus a point at a time because you can't overlook anyone," Duchien said. "We've learned that the hard way in years past, so we talk about fixing things fast, communicate and fix it fast. Reduce the unforced errors. We're still working on that.

"We hope each and every day between now and Nov. 16 (the state volleyball tournament's final day) we can keep working on that."

Florence's decade of dominance in West missing one thing: B state title

FLORENCE — Don't stop reading because this storyline sounds familiar: The Florence volleyball team is headed to the State B volleyball tournam…