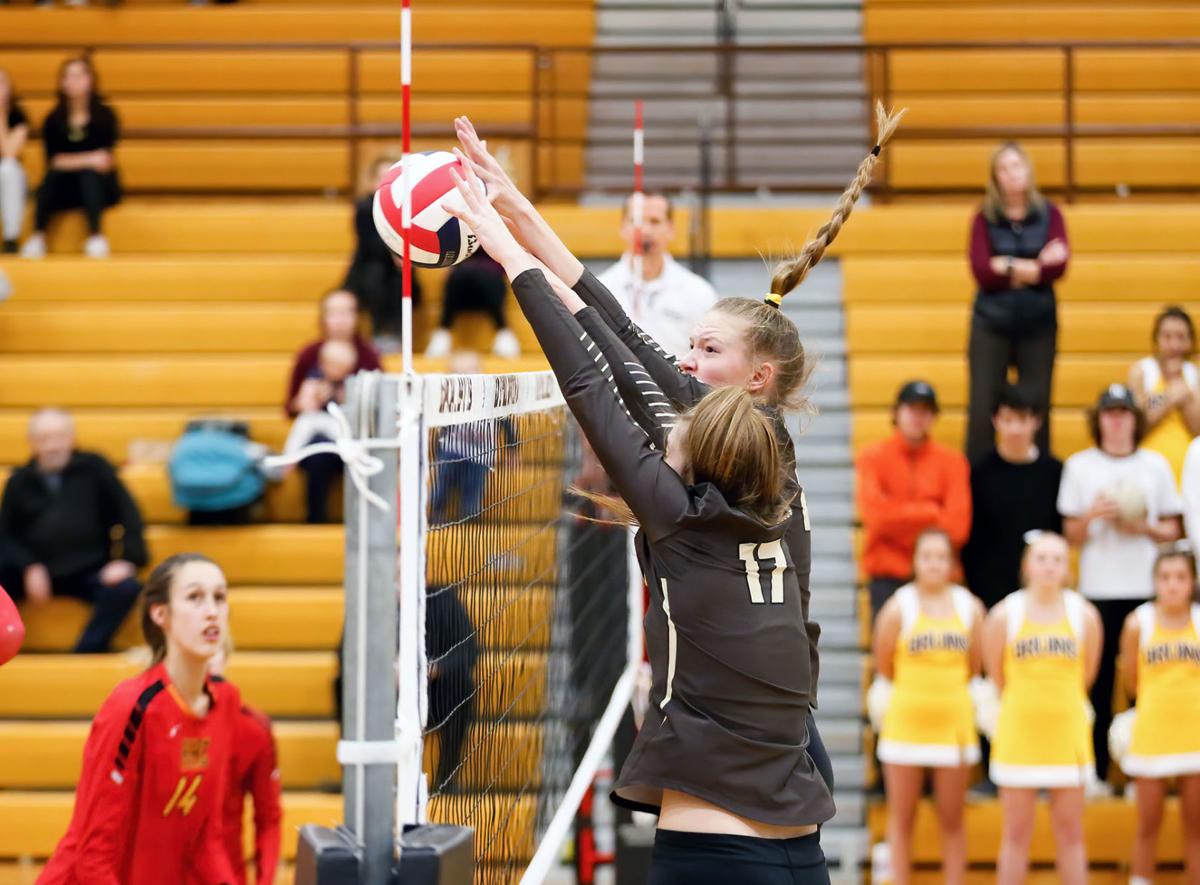 Helena Capital’s Paige Bartsch (right) is pictured next to her twin sister, Dani Bartsch, in a match earlier this season. 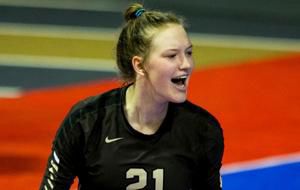 Helena Capital’s Paige Bartsch (right) is pictured next to her twin sister, Dani Bartsch, in a match earlier this season.

HELENA -- Helena Capital's Paige Bartsch already has an impressive list of volleyball accomplishments and Monday, she added another.

The Bruins junior, according to a press release by the Helena Public Schools, was named Montana's 2019 Volleyball Gatorade Player of the Year, keeping the honor with Capital for the second straight year.

Bartsch, a 6-foot-4 middle hitter, is a two-time All-State selection that has been a driving force behind Capital's back-to-back Class AA state championships. The Bruins went undefeated in 2019 on their way to a repeat title.

"Congratulations to Paige," Capital head coach Rebecca Cleveland said. "She was such a dynamic force, both on offense and defensively this season, making huge contributions for the team on our way to an undefeated season and back-to-back state championships."

This is the second straight year a Bruin has won the award for top volleyball player in the state, as Audrey Hofer, a junior setter who is committed to Montana State, was Gatorade Player of the Year in 2018.

Like Hofer, Bartsch is already a Division I commit. She is expected to sign with Boise State in November.

In addition to being named All-State this past season, Bartsch was also named First-Team All-Western AA, as well as being named the Western AA Conference Player of the Year.

She was also awarded the Independent Record's All-Area Player of the Year in December.

While her list of honors is quite long, it doesn't mean the recognition isn't deserved.

This past season, Bartsch registered 280 kills, 90 aces, 86 blocks and 127 digs. She's also a distinguished basketball and track athlete for the Bruins.

"It's a great honor," Cleveland said. "And recognition that she deserves, as a strong student athlete and consummate teammate. It'll be awesome to see her banner hanging alongside Audrey's (2018) in our Gatorade (POY) 'wall of fame' at Capital High."

Hofer and University of Montana signee Sarah Ashley, also a Bruin, were each finalists for the award as well.

Choosing the 2019 All-Area Volleyball Player of the Year was about as easy as beating Helena Capital this past season.