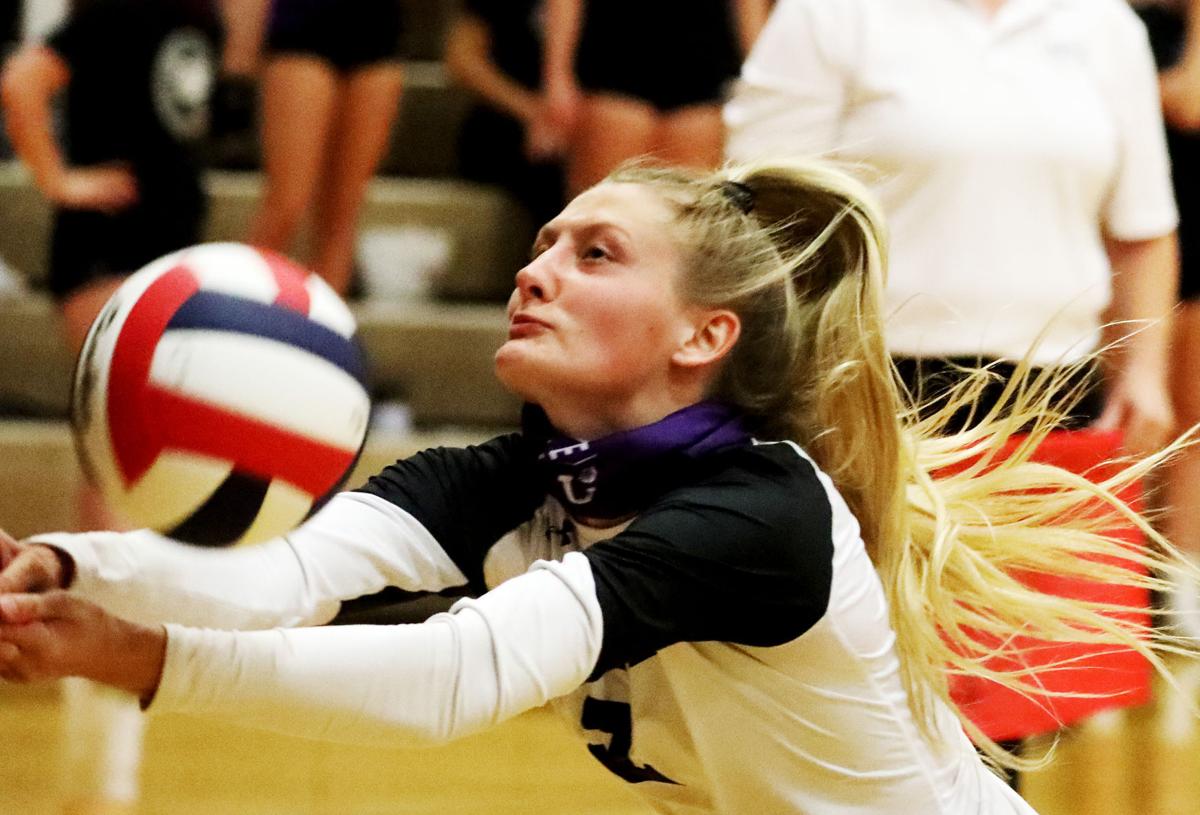 Butte's Brooke Mc Grath tries to save the ball from going out of bounds on Thursday evening in the Bulldogs' home game against Helena Capital High School. 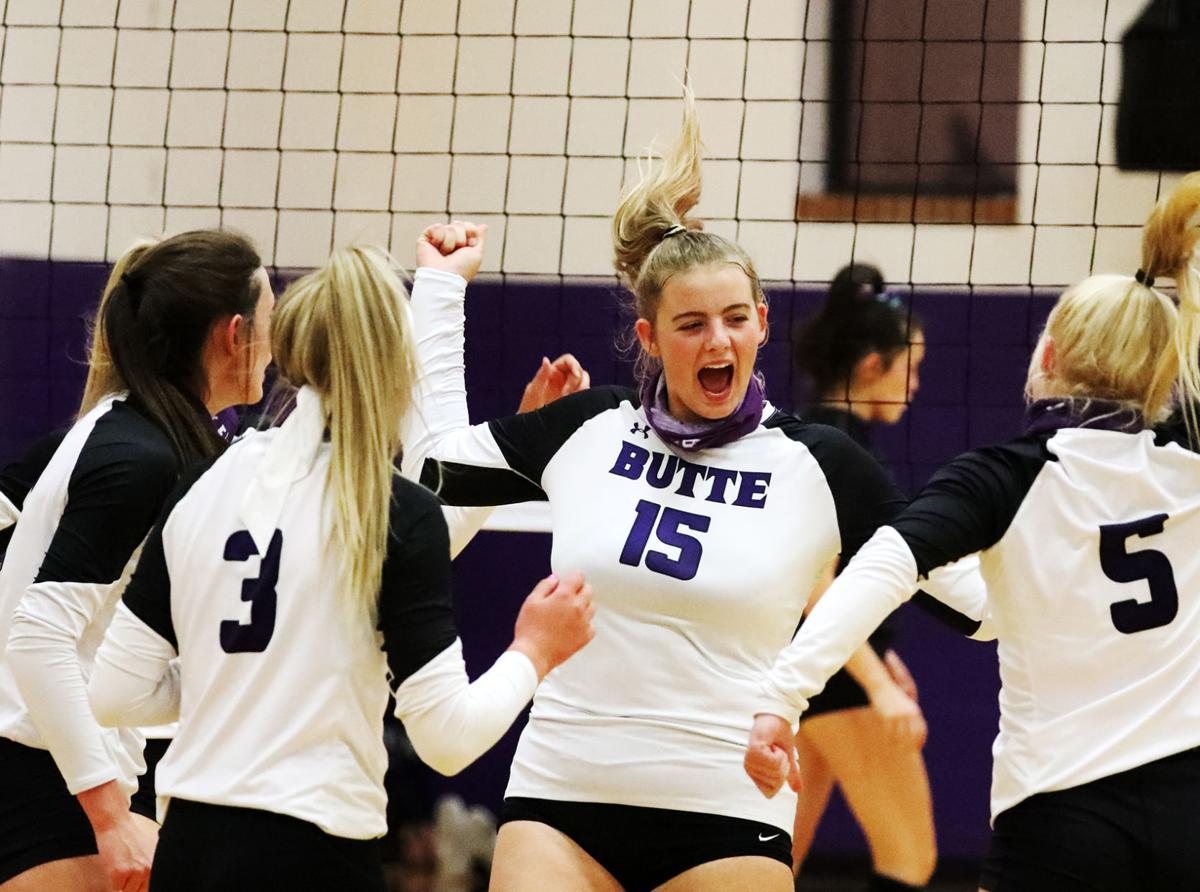 Butte's Ashley Olsen celebrates with teammates after making a play on Thursday night against Helena Capital High School in Butte. 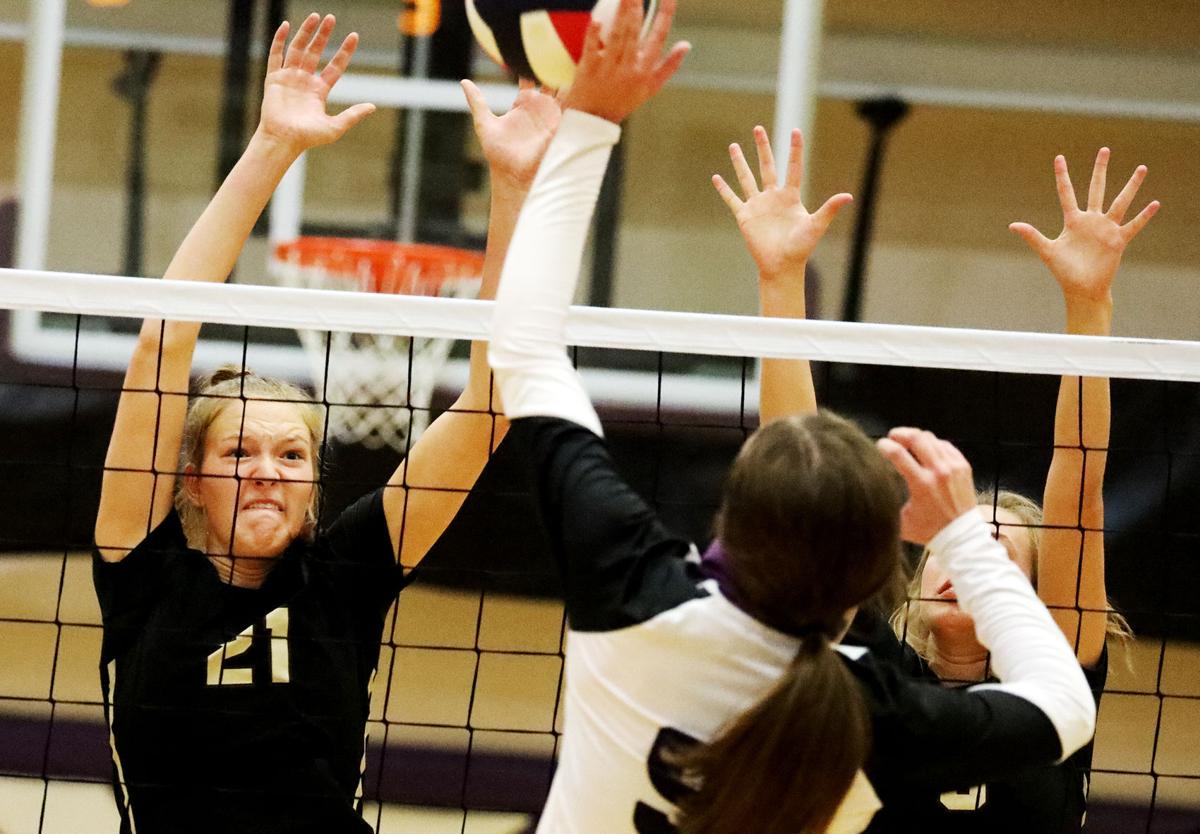 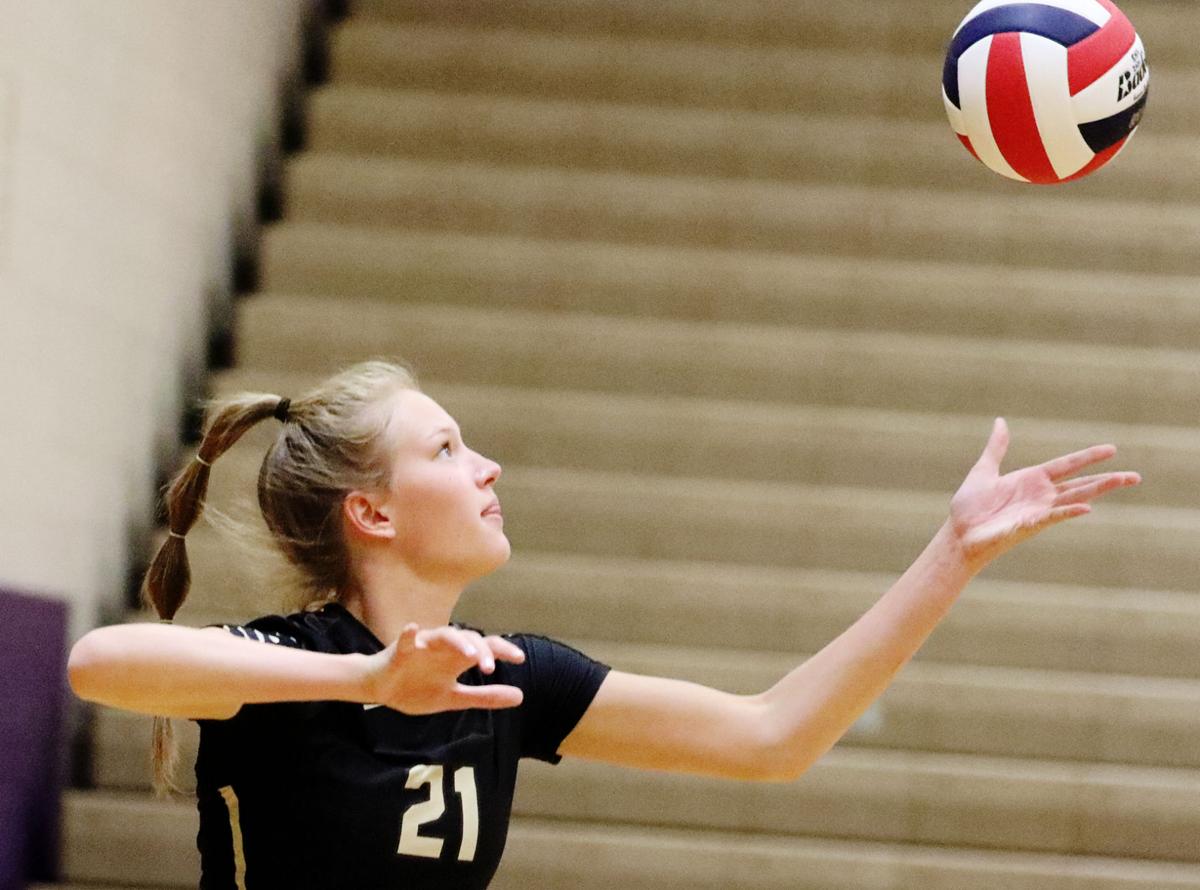 Butte's Brooke Mc Grath tries to save the ball from going out of bounds on Thursday evening in the Bulldogs' home game against Helena Capital High School.

Butte's Ashley Olsen celebrates with teammates after making a play on Thursday night against Helena Capital High School in Butte.

BUTTE — It was business as usual for the two-time defending state champs.

Helena Capital improved to 2-0 on the season Thursday, defeating Butte in sets of 25-17, 25-18 and 25-19 in the Bulldogs home opener and new head coach Shane Jorgensen’s first match in charge.

Capital was led by sisters Paige and Dani Bartsch, who led the game with 14 kills each out of the Bruins’ 43 total kills, with Paige adding three total aces.

Bruins head coach Rebecca Cleveland said that the win showed the start-to-finish quality she desires out of her team.

“We played really consistent,” Cleveland said. “We made corrections from the way we played on Tuesday and improved on our placement and serving. Our coverage for our hitters was awesome, too.”

Capital found early and consistent success through the Bartsch sisters, as 6-2 Dani and 6-4 Paige combined for 11 kills in the first game, with Paige adding two aces to boot.

While Capital took an early lead, the Bulldogs were able to match with solid blocking and scoring through juniors Ashley Olson and Brooke McGrath, who combined for seven kills themselves.

Jorgensen said he was proud of the team for the way they played against the 2018 and 2019 Class AA volleyball champs.

“Our goal is to never lay down and die,” Jorgensen said. “We want to fight to the very last point, and the girls are showing that, it’s happening. We’re still making some unforced errors, if we don’t do that’d we’re in every one of those games.”

The Bruins asserted themselves again in Game 2, hoping out to a 15-6 lead with a 10-1 run as Rachael Stacy and Dani Bartsch ran the show for Capital early.

Butte did well to get themselves back into the game as senior MacKenzie Tutty got the Bulldogs their first ace of the contest, eventually making it 21-16, but the Bruins cut out any chance of a comeback by trading points to see out a 18-25 game win.

Jorgensen said that Thursday was always going to be a challenge, but hoping directly into conference play against one of Class AA’s powerhouses is how the Bulldogs can figure out where they need to go to eventually be ready for postseason play.

“I couldn’t have asked for a better start,” Jorgensen said. “I don’t mind not having the non-conference games. Jumping right into this is not a bad thing, it shows us what we need to work on for the remainder of the year, or even the next game. I am perfectly fine with the toughest in the state right away.”

In the final set, the Bruins again took the early advantage, jumping out to a 6-1 lead as Dani Bartsch earned three early points.

However, the Bulldogs again brought it back, eventually making it a 10-10 game as Butte fought to keep the match alive.

The Bruins’ firepower was potent enough to see out the sweep, though, taking seven of the last eight points to lock up a 25-19 set victory.

While the Bartsch twins each concluded with a game-leading 14 kills, setter Aubrey Hofer provided the pair and the rest of the Bruins with consistent service, tallying 35 assists.

With her team now 2-0, Cleveland said that getting a defensive challenge from Butte was good for her team, and that Capital have a better idea of what to focus on as the season heats up.

“I’m impressed with the defense Butte showed,” Cleveland said. “As far as our ability to [get momentum] back, that’s good to see early in the season. I’d like to see us start and finish stronger.”