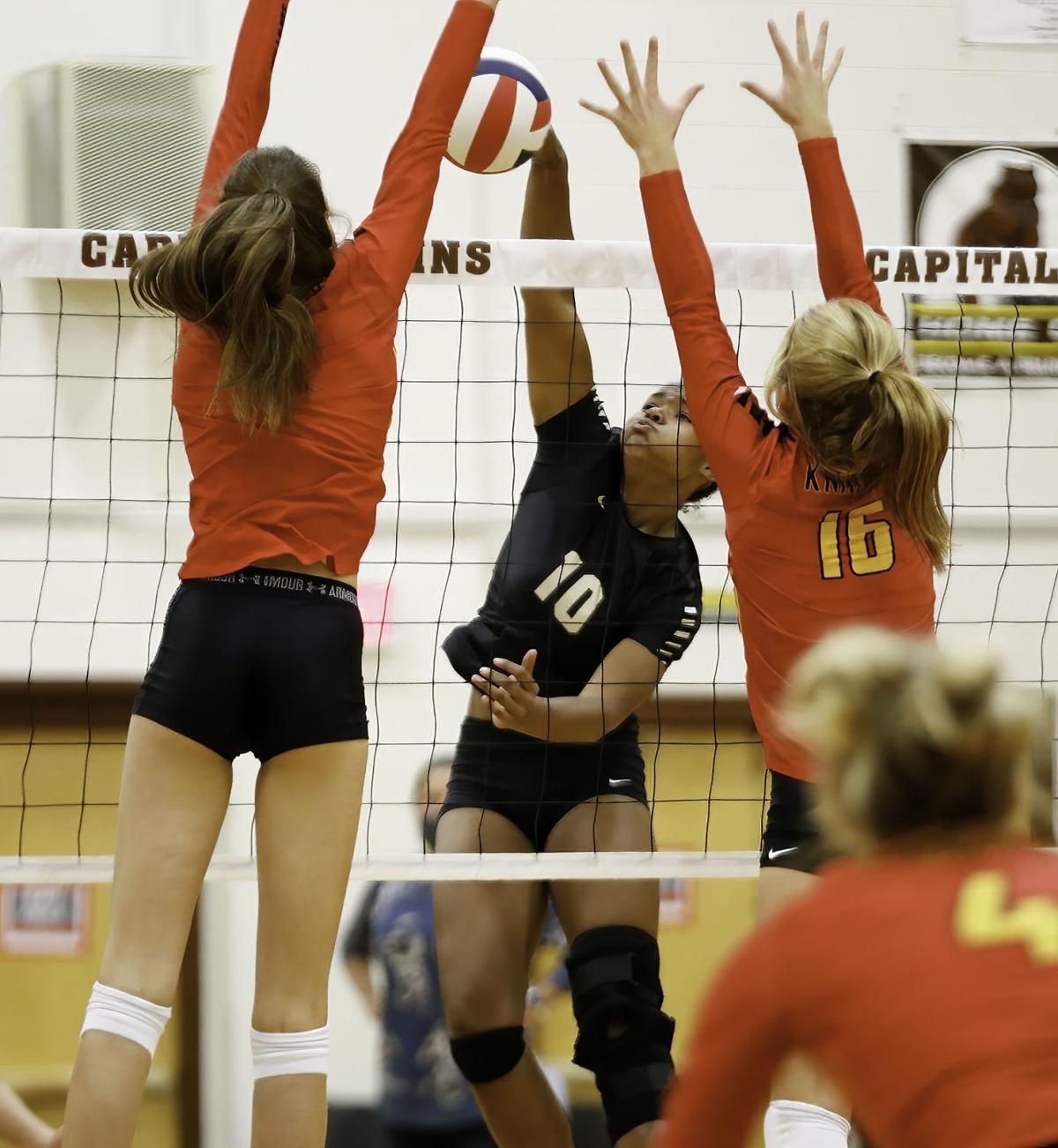 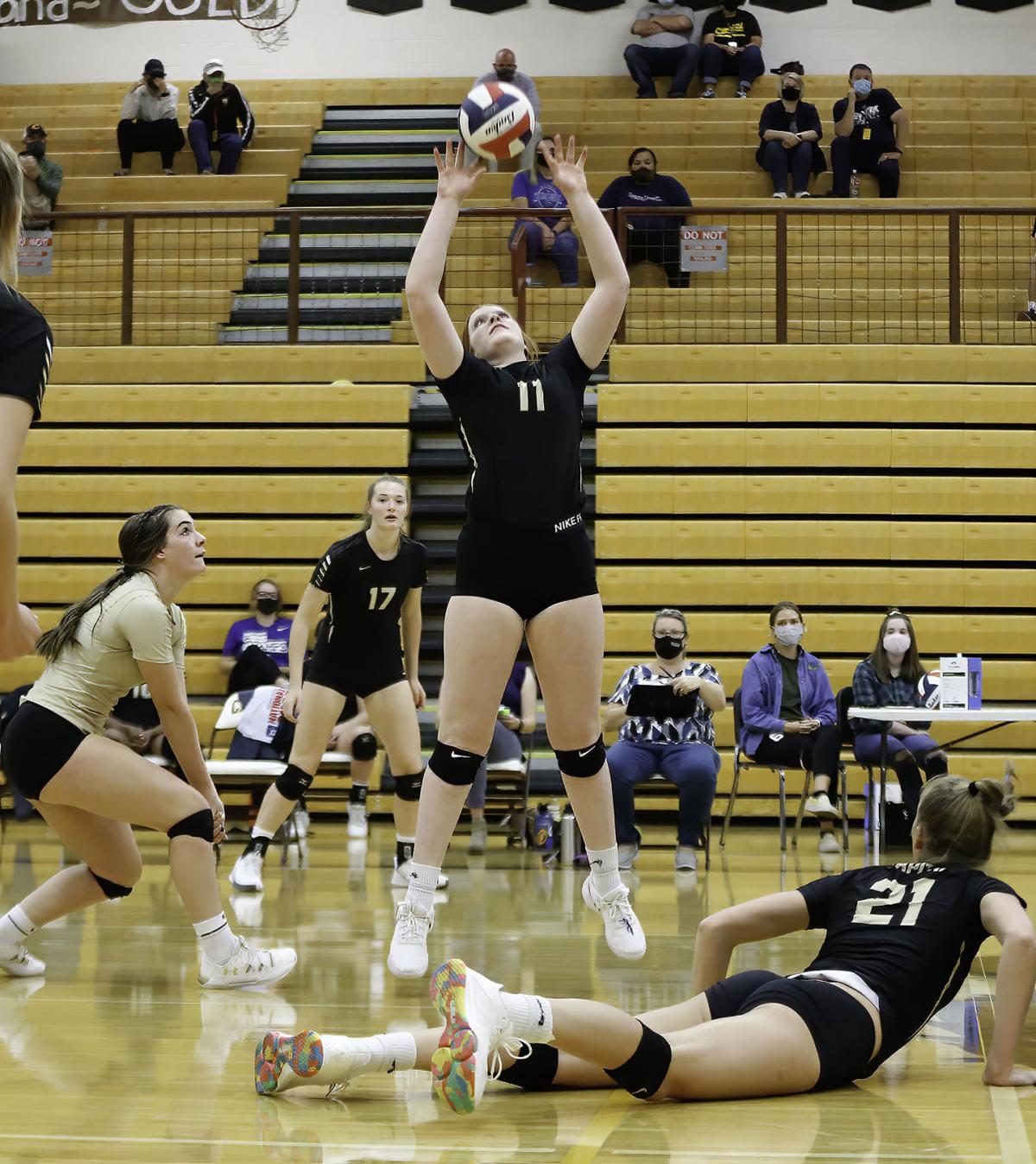 HELENA — The Bruins extended their winning streak to 62 on Tuesday night with a sweep of Missoula Hellgate, 25-15, 25-16, 25-17. Helena Capital is now within three wins of the Class AA record.

It was ho-hum, workman-like win for the Bruins. They started a tad quiet but picked up the intensity as the match wore on.

"I thought we started a little dull," said senior setter Audrey Hofer, who is bound for Montana State in the fall. "It felt kind of weird tonight and I don't know why, but we picked ourselves up out of that pretty quickly so I was proud of us for that."

"That speaks to their chemistry," said Capital coach Rebecca Cleveland. "I think some of the quiet start can be possibly attributed to just the emotions that we have in our program having lost a parent of one of our sophomore team members. And so they carry that heavily on their hearts as well. We definitely had a purpose to play in honor of Jason tonight, and I think they did a great job of representing the Martinie family and also our program."

So how does a team that has won 61 in a row conjure up some passion and fire during a Tuesday night game in October? By making plays, of course.

"There were those few plays where everything was a hustle play, every ball came up and just using those to push us into the next play was really helpful," Hofer said.

"It's something we really try to work on each game, and we just try to celebrate every single point and every single teammate, and what they do and accomplish," added Boise State commit Paige Bartsch. "We also try to encourage each other to just keep doing well and it keeps our energy up."

Once the Bruins broke an 8-8 tie, the Capital went on a 10-5 run that resulted in a Hellgate timeout. That was really as close as the match ever was.

"Katie (LaFave) and Kennedy (Pocha) had some really great passes and defensive plays that kind of got us into our rhythm," Cleveland said. "And then Paige had a wonderful blocking night, and Dani (Bartsch) was really versatile on the attacks and serves. We just got out of the funk quickly.

Paige had four blocks and Dani had three. The twins racked up 29 of the Bruins 38 kills. Paige had six of the Bruins nine aces, including five in a row to finish the first set. Dani had a team-high 14 digs. As usual, Hofer accounted for almost 90% of the Bruins assists. She had 26 out of the team's 30.

Capital hosts Butte on Saturday at 3 p.m. It'll be Pink Night, albeit taking place in the late afternoon.

After a classic between crosstown rivals, Helena Capital is one win away from tying the Class AA record.