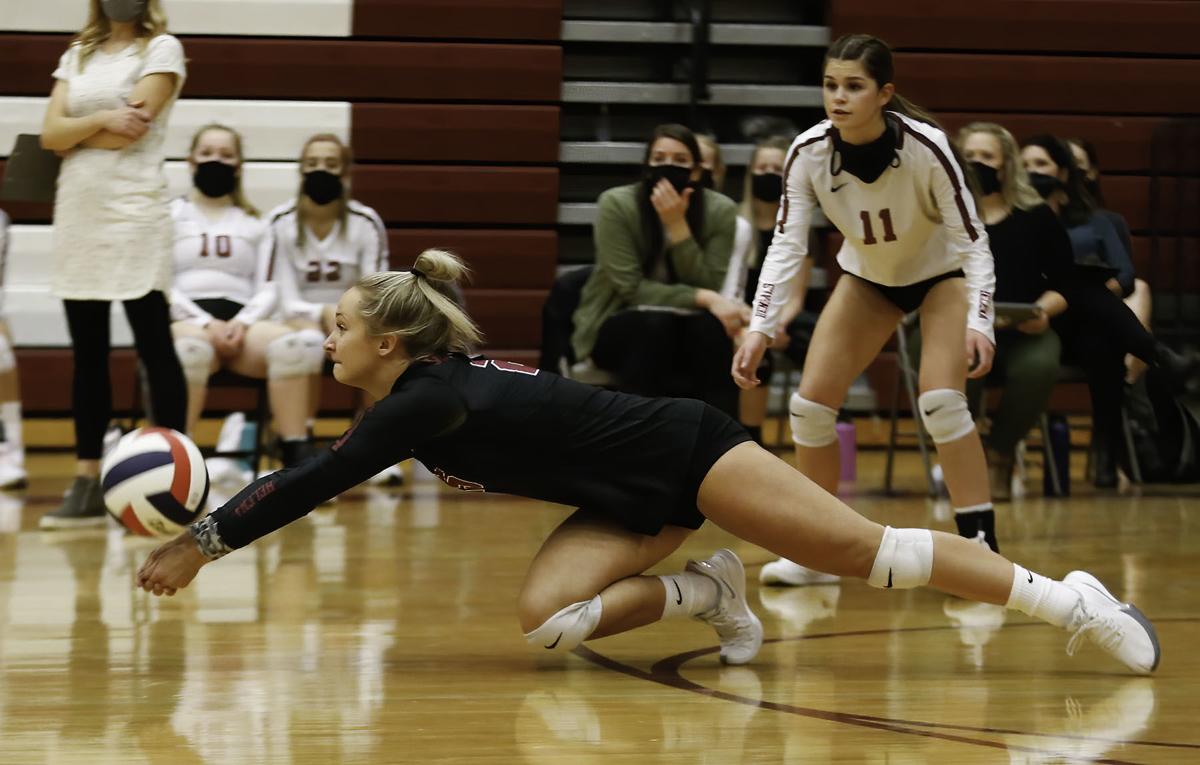 Brooke Ark of Helena High dives to dig a ball against Kalispell Flathead in the first round of the Class AA state tournament Tuesday night in Helena. 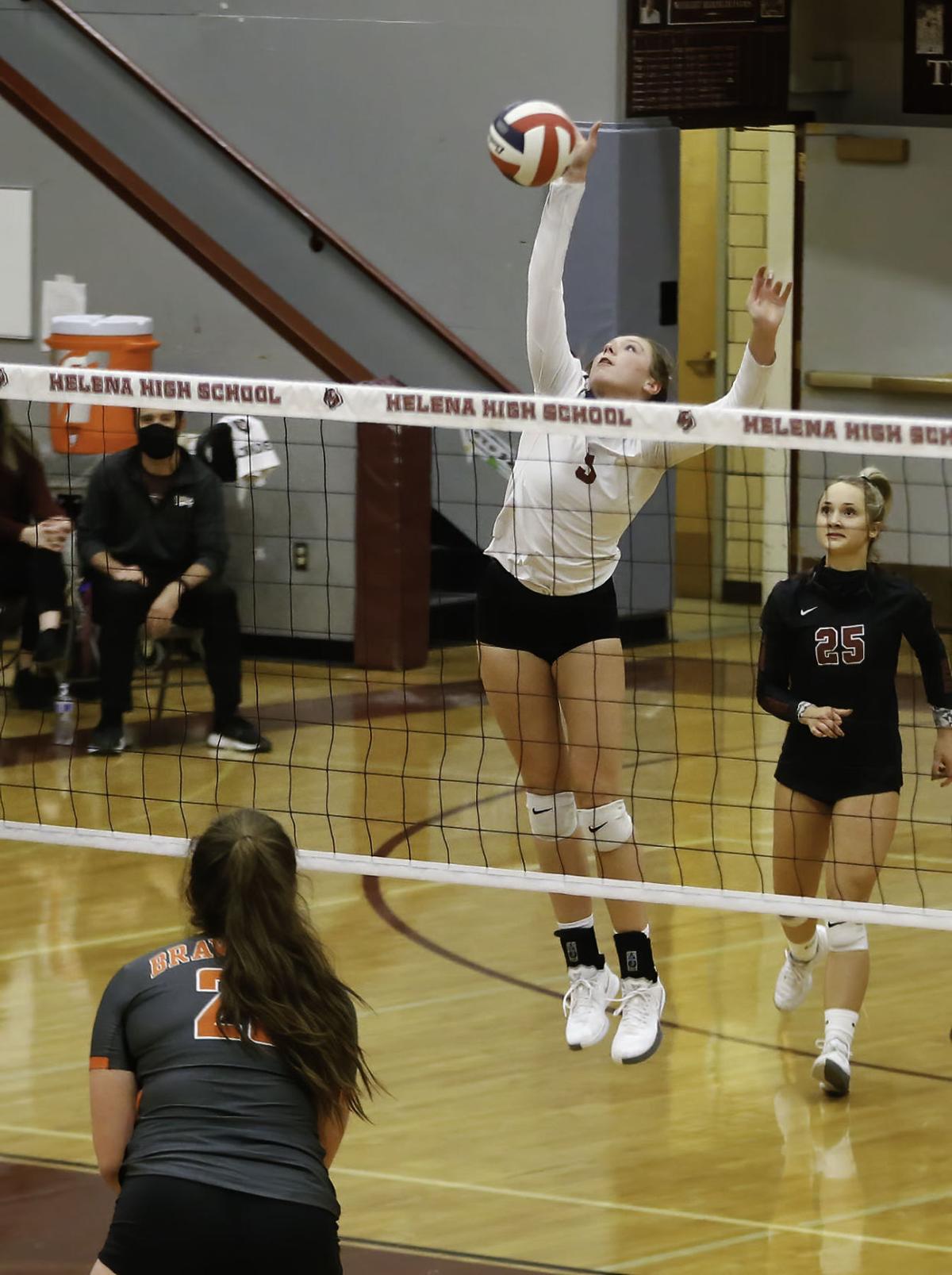 Liz Heuiser of Helena High hits a ball against Kalispell Flathead Tuesday night at the Jungle in the first round of the Class AA state tournament.

Brooke Ark of Helena High dives to dig a ball against Kalispell Flathead in the first round of the Class AA state tournament Tuesday night in Helena.

Liz Heuiser of Helena High hits a ball against Kalispell Flathead Tuesday night at the Jungle in the first round of the Class AA state tournament.

HELENA — Before the Helena High volleyball team took the court Tuesday night for the Class AA state volleyball tournament, it had been more than a week since its last match.

But, from the way the Bengals played Tuesday night at the Jungle against Kalispell Flathead, it appeared they didn't miss a beat as they swept the Bravettes 3-0, by the scores of 25-18, 25-19 and 26-24 to advance to the Class AA quarterfinals.

"I am happy and I am proud of them," Helena High head coach Lindsey Day said after the win. "We had to overcome some adversity last week and we didn't get to go compete in Kalispell and I couldn't be happier in how we came out and pulled away in a three-set win."

Last year in the Class AA state opener, Helena High won the first two sets of its match but then lost the next three. This time around, the Bengals were determined not to let that happen. But after jumping in front 2-0 in the match, Flathead grabbed an 18-13 lead in the third set and eventually had it to 23-20.

Yet, the Bengals, the Class AA runner-up last season, were cool under pressure and responded with a 4-0 run. Flathead tied the score at 24-all, but Lauren Heuiser notched a key kill and then a block, Helena was able to wrap up the win.

"I knew that third set was going to be an important one," Day said. "And when things were tight, we were able to make good things happen. That's what we need to do in those moments."

Lauren's sister Liz Heuiser, a senior, filled the stat sheet as she normally does, finishing with 14 kills, seven blocks and two aces.

"It felt really good to be back on the court," Liz Heuiser said. "It felt good to be back out here with our teammates on our home court. It feels different because we don't all get to go to Bozeman but I like it, it gives us more time to practice in-between and it's kind of fun."

Another senior who stood out was Brooke Ark. She led the Bengals with three aces and scored a key point in the third set to tie the score at 19-19. She also contributed with 15 digs.

"Liz and Brooke are just great leaders on the court," Day said. "And they have a great presence and great composure in those tight moments and that gives everyone confidence."

Kim Feller also pitched in with 25 assists in the win for Helena High, while also adding five blocks. Lauren Heuiser wound up with eight kills.

Savanna Sterck and Sienna Sterck led the way for Flathead with nine and seven kills, respectively. The Bravettes were eliminated from the state tournament with the loss.

Roundup from Week 11 of the high school sports season. Football playoffs continued and divisional volleyball tournaments were all over the state..

Nov. 3-10, 2020 Playoff format with games hosted by the higher seed. Teams are re-seeded after the first round.