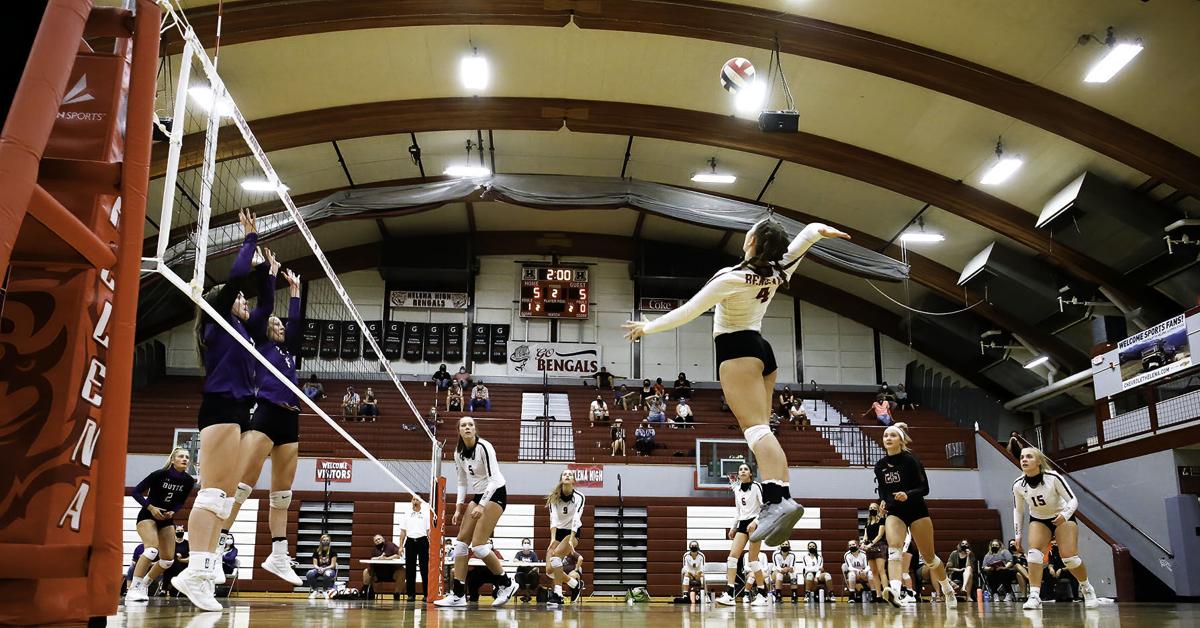 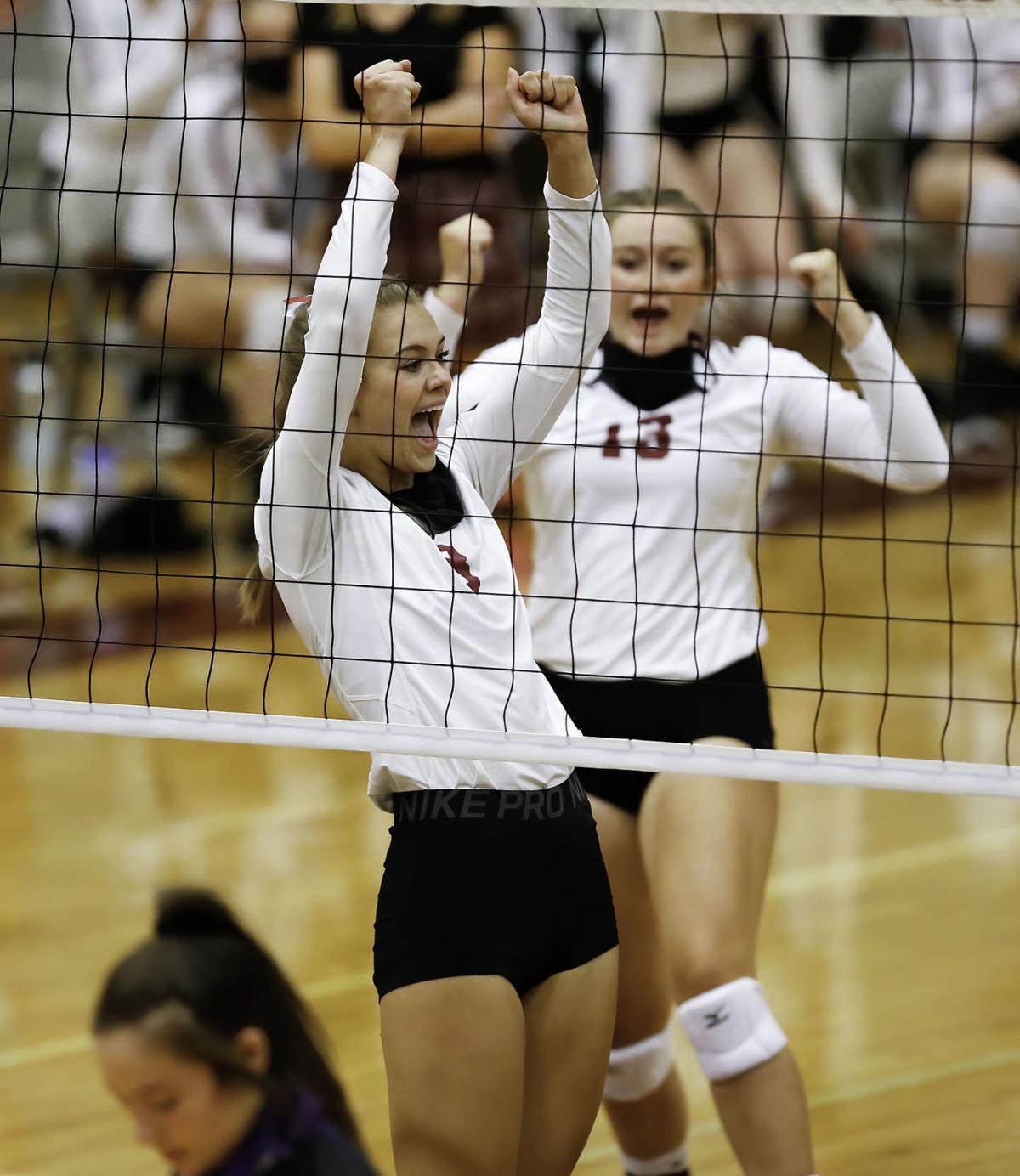 Helena High sophomore middle hitter Lauren Heuiser (8) and sophomore setter Kim Heller (13) celebrate after the Bengals get a point during a match against Butte on Saturday afternoon at Helena High School. 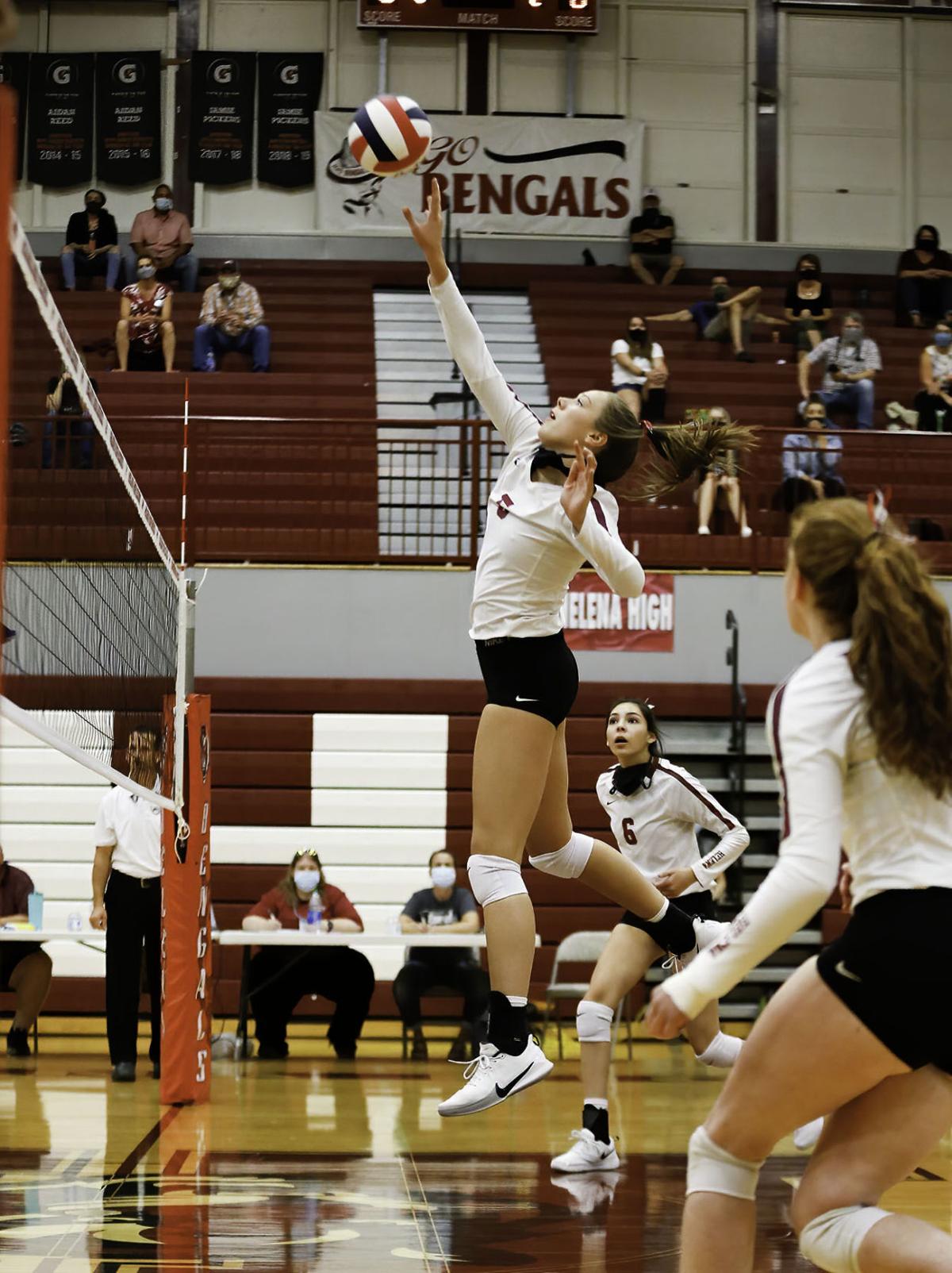 Helena High senior middle hitter Liz Heuiser goes up for a kill during a match against Butte earlier this season. She led the Bengals to a win Saturday over Missoula Sentinel.

Helena High sophomore middle hitter Lauren Heuiser (8) and sophomore setter Kim Heller (13) celebrate after the Bengals get a point during a match against Butte on Saturday afternoon at Helena High School.

Helena High senior middle hitter Liz Heuiser goes up for a kill during a match against Butte earlier this season. She led the Bengals to a win Saturday over Missoula Sentinel.

But with the time she did have, she focused on tightening up self-made errors.

“We talked about playing more in control,” Day said.

The Bengals were coming off a Missoula Hellgate game just two days ago that saw plenty of mistakes, including 16 serving errors. That was soon behind them as they quickly rebounded, resulting in a sweeping success against the Bulldogs, 25-14, 25-22, 25-8.

“I thought we controlled things way better,” Day said. “We just seemed to be in our rhythm and things were clicking.”

Helena (2-0) took control of the first set with a 7-3 lead that saw three kills by senior Liz Heuiser.

Her teammates came to her aide, with outside hitter Aubrie Christman and Liz’s sister Lauren also coming away with some offense.

Liz Heuiser added four more kills as the Bengals powered to a 25-14 win in the first set.

“I think we were playing with our full potential,” Liz Heuiser said of her team.

And, individually, Liz Heuiser was as well.

Her seven kills in the first set were just the start of her 19 kills on the afternoon. Not only did her offense make up 52 percent of her team’s kills, but it was also more than the entire Bulldogs’ roster combined.

“Her consistency is incredible,” Day said of Liz Heuiser, who also finished with five blocks. “When the ball is in her hand, I know good things are going to happen.”

Butte (0-2) stayed with the Bengals throughout the second set, and even took a 14-13 lead from Mollee Conlan’s kill.

As Day looked on, she knew her team had plenty of experience and let them recover without having to take a time out.

Right on cue, Liz Heuiser stepped up and, three consecutive kills later, Helena was on its way to 25-22 win.

From there, the Bengals took the third set and the match with ease.

Christman and Kylie Lantz added kills, while libero Brooke Ark dug deep down for some saves and Helena’s lead never dipped below 10 points late into the match.

The three players were also a part of the group that also included Dani Steinmetz, Maddie McNeil and Alyssa Koening, who were celebrating senior day after it was scheduled earlier than usual just in case the season was cut short or cancelled because of coronavirus concerns.

Though these seniors saw success last season after making it to the Class AA State Championship game, there had been plenty of uncertainty around when or even if they were going to play their final high school season.

“It’s such a blessing to even be in this gym and play, and I think today, (being senior day), I wanted to play for my teammates,” Christman said. “It’s crazy to think that I’m already a senior.”

The seniors and the rest of Helena’s volleyball team will continue in the comfort of home for the third of a six-game home stand when Helena hosts Missoula Big Sky at 7 p.m. on Tuesday.

“It doesn’t matter where we play. It’s just nice having games,” Christman said.

HELENA — The faces on the Helena High School volleyball team had bigger smiles than usual on Thursday night.