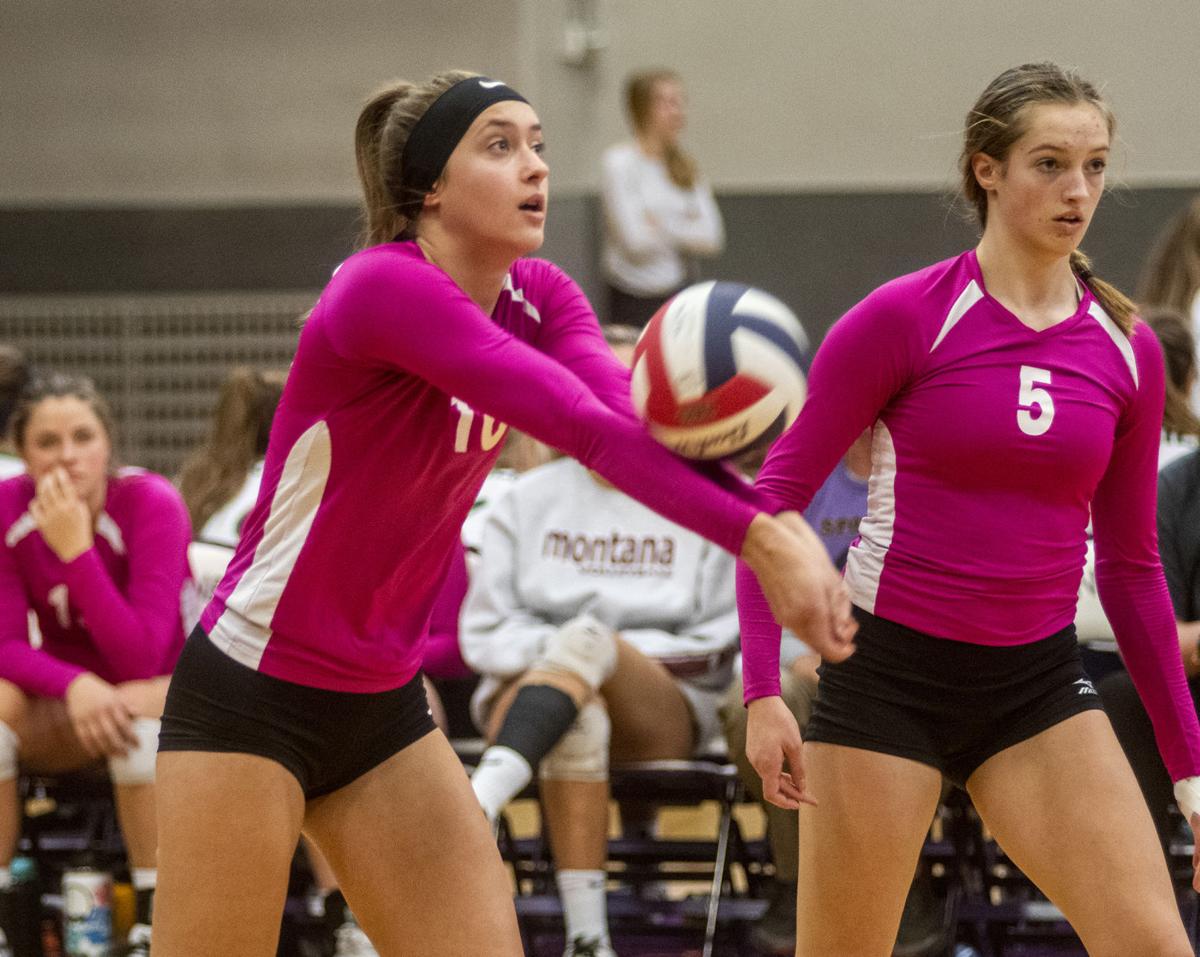 Sentinel's Sierra Dennison (10) bumps the ball during a match against Whitefish this past season at Sentinel High School. The senior-to-be recently committed to Montana to continue her volleyball playing days. 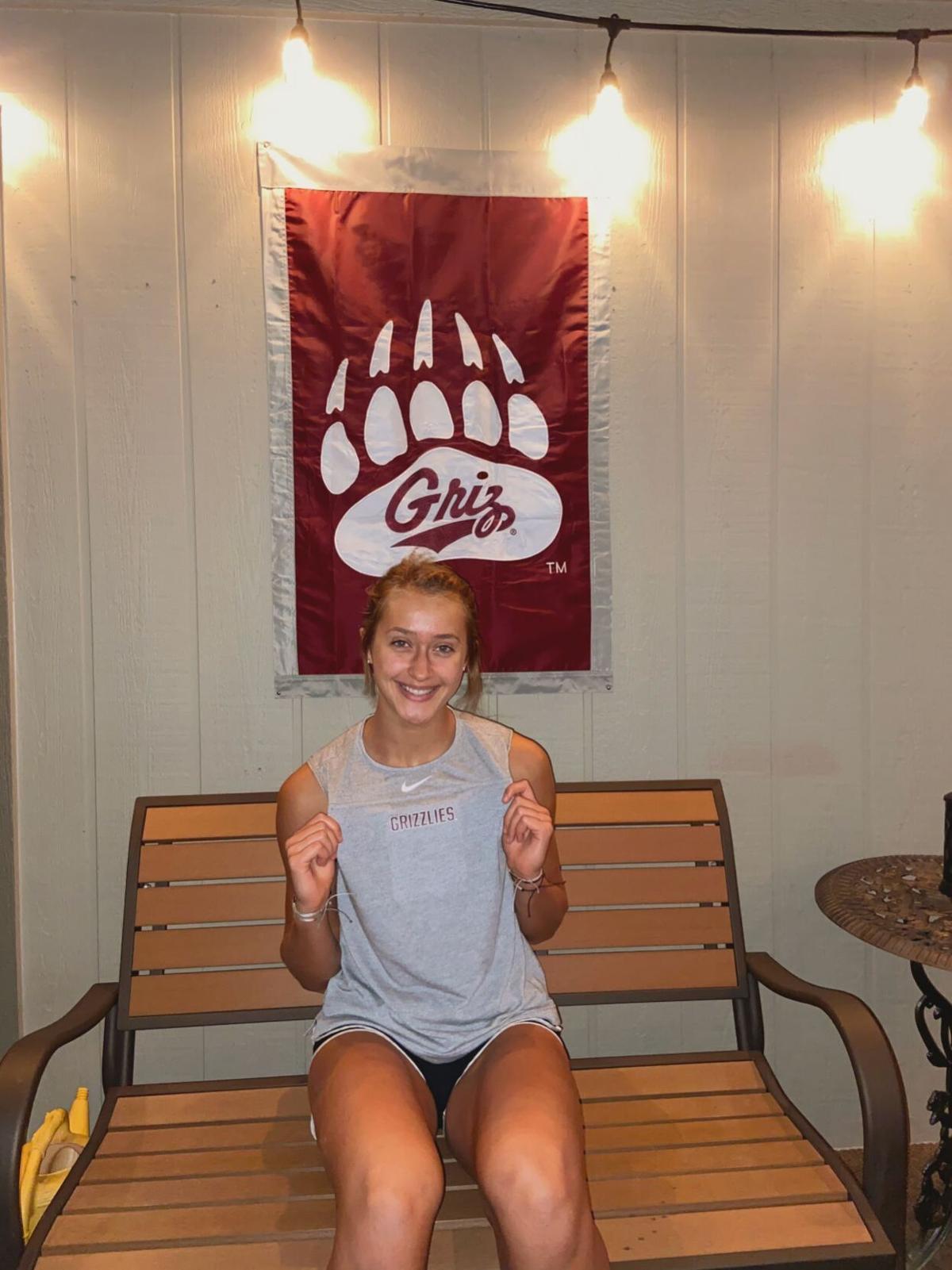 Sentinel's Sierra Dennison (10) bumps the ball during a match against Whitefish this past season at Sentinel High School. The senior-to-be recently committed to Montana to continue her volleyball playing days.

MISSOULA — Sierra Dennison needed to find the right balance of academics and athletics before she committed anywhere for college volleyball.

The Missoula Sentinel senior-to-be wanted a school that’s strong in physical therapy, the career path she plans to follow because she knows she can’t play sports forever. But she also sought a school with a volleyball program that would be competitive and help her excel as a player in the time she does have left on the court.

Some schools fit her academic wishes but not her athletic ones. Others had volleyball programs that exceled but weren't the right academic fit for her.

Dennison found that equilibrium at Montana. She chose the Griz over Providence, another school that fit her both athletically and academically, and made her commitment last month.

“It’s got one of the top physical therapy programs in the country, and that’s something that got my attention was the academics here and how much they have to offer for what I want to go into,” Dennison said. “And then the volleyball program, it’s been my dream since eighth grade to be D-I. That was the other part about Montana is it’s a high-level volleyball program that’s going to allow me to continue to grow and compete.”

Dennison hadn’t considered Montana earlier in her recruiting process because of the athletic side of the equation. She went to home games around the time Allison Lawrence had just taken over as coach in 2017 and wasn’t impressed as the team struggled to a 3-13 mark in conference play.

As Lawrence has worked to build the program, success has slowly come. The Griz won seven and six league games the past two years, and Dennison saw some more optimism around the team after attending matches this past fall.

“You could instantly see the improvement the girls had and just how the players looked like they wanted to be there and wanted to be on the court and wanted to have fun,” she said. “I didn’t see that two years ago. It’s very vibrant and abundant now. Seeing that much growth, it does make me very excited for where it could be in the future."

It took Dennison some time before she realized volleyball would be her future. She played sport after sport growing up as she tried to find the one that fit her best.

Soccer and figure skating didn’t suit her. Neither did gymnastics or ballet. Swimming didn’t fit, and she learned from playing recreational basketball that it wasn’t right for her either.

Dennison found a spark when she attended her first volleyball camp heading into sixth grade. She joined a club team that year and her school’s team in seventh grade, playing for fun while still developing her skills in a supportive but competitive-enough environment.

By eighth grade, Dennison found her passion in the pressure of volleyball and the fun she had playing on those teams, so she committed herself even more. She started to make strides in high school and steadily grew into a 6-foot-1 athlete.

“Volleyball brings a new kind of energy to the game that I haven’t experienced in other sports,” Dennison said. “I’m the kind of person that I do thrive under pressure and I do find myself excelling in those circumstances. For volleyball, finding myself in those situations, I felt like I was growing as an athlete. I didn’t always feel that way when I was participating in other sports. That was a big thing that stuck out to me.”

Her opportunity with the Griz came through her decision to try out for the Montana Volleyball Academy last year after having played with the ZooTown Volleyball Club since sixth grade. She immediately made the 18U team and played for coach Nate Michael, Lawrence's husband.

Dennison is heading to Montana hoping to play middle blocker but could move to other spots. That’s the position she’s primarily played on varsity, earning second-team all-conference honors in 2019 as a team captain. She was an all-conference honorable-mention pick in 2018 as a sophomore, moving to varsity a week into the season after beginning on junior varsity.

Through the years, Dennison has also had stints at right side, outside hitter, and setter, so she has some versatility and athleticism. It makes sense coming from a family in which her father Troy Dennison is a former Washington State linebacker, her grandfather Tim Dennison coached Sentinel football and her older brother Austin Dennison is playing junior hockey in North Carolina.

“You need to have physicality, and she has it,” Michael said. “She jumps well. She’s strong. She’s tall. Her speed is going to set the tone, and her jumping ability, she reaches really high on the block.

“But it’s the off-the-court work that separates her. She keeps herself in shape, she’s ready for practice every single time, she’s focused, always comes in ready to go. She’s been growing into her confidence level. It’s her work ethic outside games, her inner drive that sets her apart.”

Dennison has that in the classroom, too. She’s maintained a 4.0 grade-point average throughout high school while taking honors and AP classes.

Academics are important in her family. Her mom attended UM, Tim was a principal at Sentinel in addition to coaching, and her great uncle George Dennison formerly was University of Montana president.

“Getting to play at the school that he dedicated a lot of time to is definitely something that I’m excited about,” Dennison said about going to UM. "Having my grandparents in Seeley be able to come down and watch games is good news too."

Before that, she'll have one more season at Sentinel, if the coronavirus pandemic doesn't lead to fall sports being canceled.

“Being a senior, going into my last high school season with having secured a spot to play college volleyball, it’s kind of surreal," Dennison said. "I’m super excited. It’s been a super fun journey getting there.”