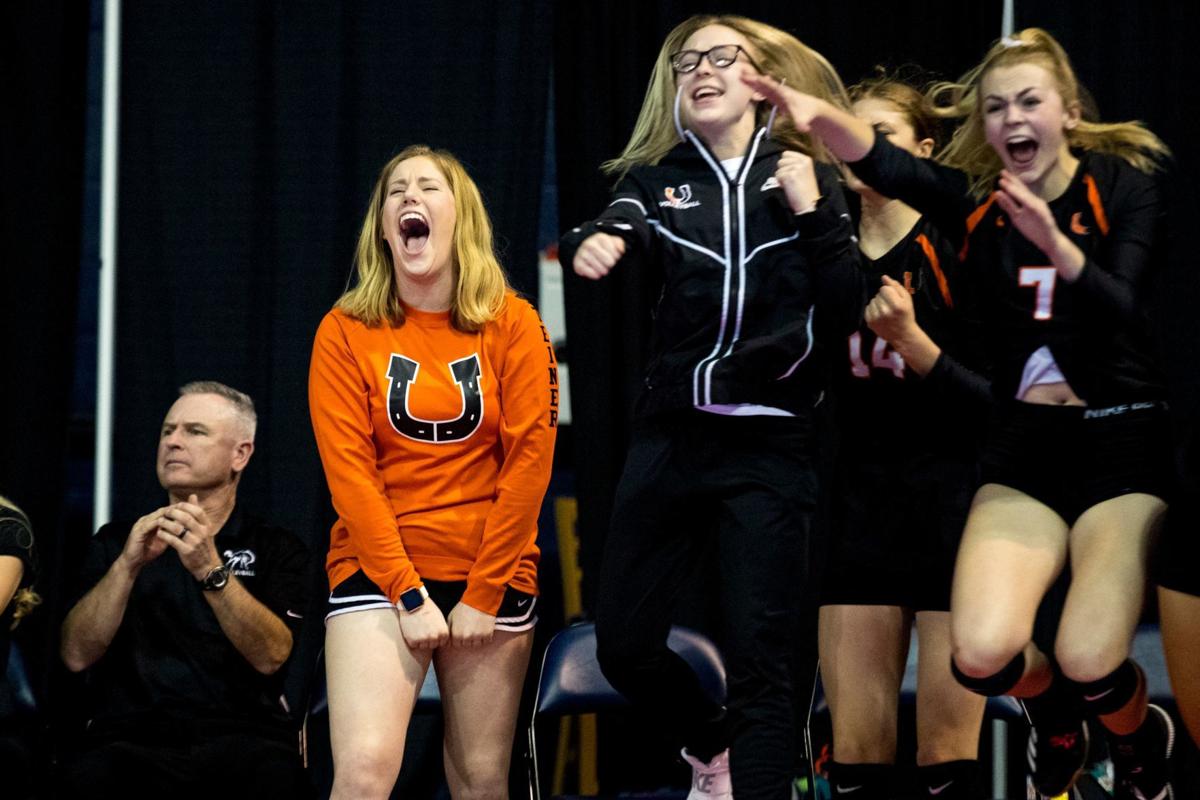 Despite a season-ending injury, Karli Steiner (in orange) was there to provide moral support for her Billings Senior teammates. 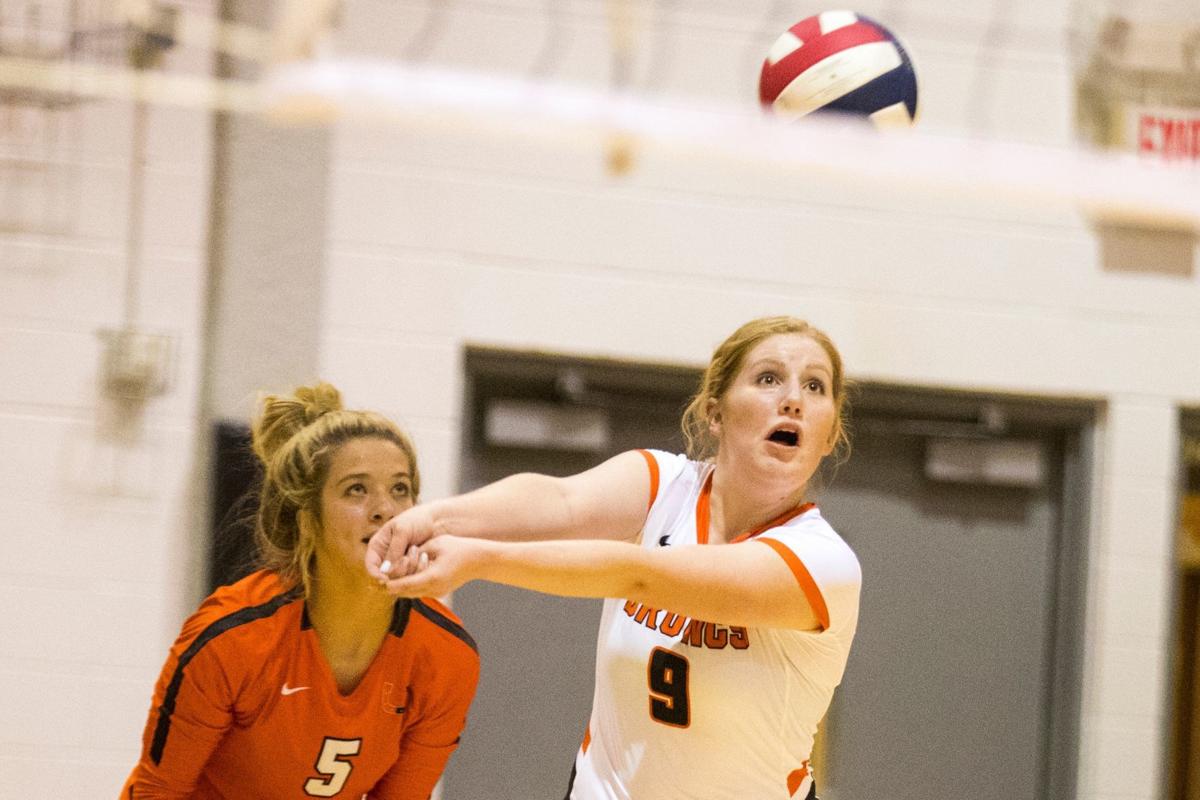 Billings Senior's Karli Steiner bumps the ball during the a match against Helena Capital last season. Steiner finished her junior season in the top five in Class AA for both kills and digs per match, but missed nearly all of her senior season with an injury.

Despite a season-ending injury, Karli Steiner (in orange) was there to provide moral support for her Billings Senior teammates.

Billings Senior's Karli Steiner bumps the ball during the a match against Helena Capital last season. Steiner finished her junior season in the top five in Class AA for both kills and digs per match, but missed nearly all of her senior season with an injury.

BILLINGS — As one volleyball program then a second and finally a third lost interest in her, Billings Senior’s Karli Steiner figured it was best to take matters into her own hands.

She was disappointed and understanding at the same time. Yes, her dream of playing college volleyball was fading before her eyes, but she also knew why.

As a group, college coaches can be risk averse. Giving a scholarship to a player who missed the last two months of her final high school season because of a broken fibula like Steiner did isn’t the safest path.

Acknowledging that, Steiner resorted to Plan B.

“My desire to play didn’t change,” Steiner said. “So I just started talking to other places as quick as I could because I didn’t have a lot of time to make my decision.”

She sent out feelers to Sheridan College, Northwest College and Miles Community College and received offers from all three. Feeling that Northwest in Powell, Wyoming, was the best fit for her athletically, academically and socially, Steiner signed with coach Scott Keister in February.

Just having a place to play was a huge relief for Steiner, whose senior season ended a couple weeks after it started when she collided with a net pole during practice. Surgery, crutches and a walking boot followed.

Steiner was hoping to have a big senior season to build on the strong one she had as a junior when she averaged 3.51 kills per set (third in Class AA) and 4.41 digs per set (fourth), helping Senior to a 24-win season.

Instead, the best should could do was lend moral support, which she did by attending practices and sitting on the Broncs’ bench during matches.

Following the season, Steiner continued her rehab and was cleared to resume volleyball activities with restrictions for her club team in February. She was given full clearance on March 13, ending her six-month recovery, and, unfortunately, we know all too well the significance of that date: it was the day the state of Montana confirmed its first presumptive positive tests for COVID-19, and things snowballed from there.

Her club season was canceled along with just about everything else.

“I’ve lost two seasons,” Steiner said. “But, I am putting in the work here (at home). Hopefully I’ll be ready in the fall.”

Steiner is doing the Northwest workouts sent to her by her new coach, and she does a lot of cardio when she’s not doing yard work at the family home. (Steiner had originally planned to graduate early, but those plans changed, too, and so she has to fulfill obligations for just one class remotely).

Keister will be in his first season at Northwest College, but he has plenty of experience with Montana volleyball and the Steiners. He was an assistant at Montana State from 2010-2012 and he spent the last seven years as an assistant at Salt Lake Community College, coaching one of Steiner’s sisters, Aubrie, for two seasons before she moved on to Idaho State.

Karli “has a high volleyball IQ, is tough, and can play all the way around,” Keister said in a school press release announcing his first Tappers’ signing class.

Steiner is set to report to Northwest at the end of July. After enduring a season-ending injury and a season-canceling pandemic, she is more than ready to get back after it.

“I’m really excited to get on a team again,” she said. “I really miss it, and I really can’t wait to start getting that feeling back. It just sort of gave me a high, I guess, being on the court.”