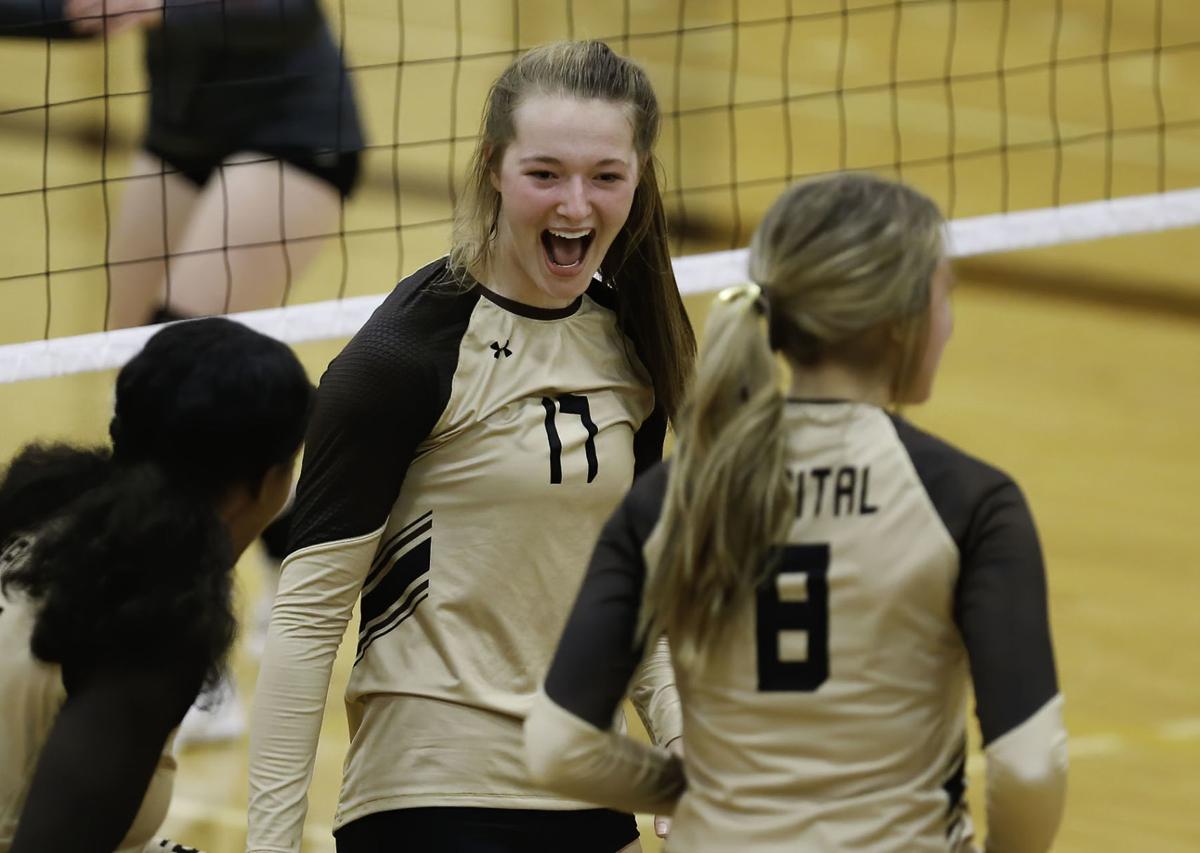 Dani Bartsch (17) is pictured celebrating with her teammates Thursday night at the Bears Den in a 3-0 win over Helena High. 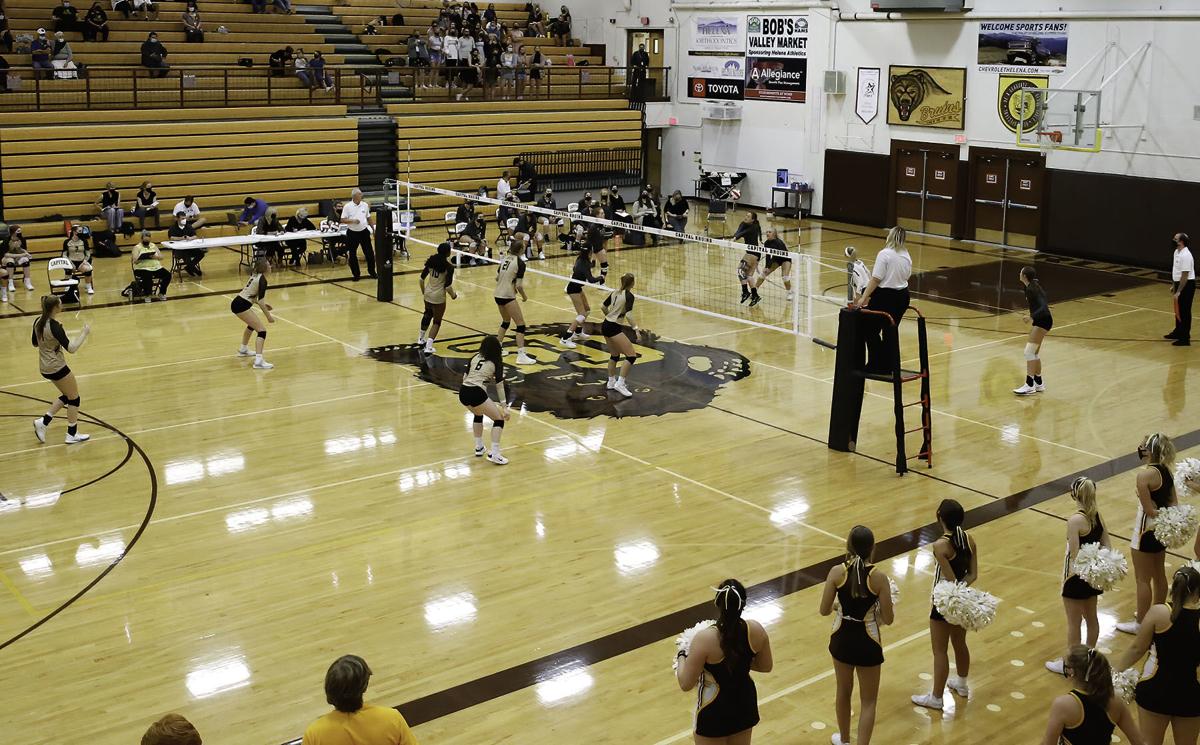 The crowd size was limited for the crosstown match between Helena Capital and Helena High Thursday night. The Bruins won in a 3-0 sweep.

Dani Bartsch (17) is pictured celebrating with her teammates Thursday night at the Bears Den in a 3-0 win over Helena High.

The crowd size was limited for the crosstown match between Helena Capital and Helena High Thursday night. The Bruins won in a 3-0 sweep.

HELENA — For a brief moment last Saturday, the Helena Capital volleyball team looked vulnerable, after falling behind 2-0 to Kalispell Glacier.

Yet, the Bruins won the last three sets of that match and on Thursday in the first crosstown match of the year at the Bears Den, the two-time defending state champions reminded everyone just how dominant they can be.

After going back-and-forth in the opening set, top-ranked Capital rolled, winning in straight sets over third-ranked Helena, 25-16, 25-13 and 25-17.

"All around, it was an awesome performance," Capital head coach Rebecca Cleveland said. "By every girl on the court."

There certainly was no shortage of contributors for the Bruins, but two of the biggest, as usual, were the Bartsch twins, Paige and Dani.

Paige, who is committed to Boise State, helped the Bruins notch 34 kills compared to 19 for Helena High. The 6-foot-4 senior finished with a team-high 12 to go along with nine digs and two blocks.

"It was awesome," Paige Bartsch said. "We tried to have good energy and we all just came out with that. We tried to be really trusting in each other and that made it much more fun. We weren't tense. We were relaxed and that helped a lot."

It's easy to be confident with Bartch on your side, but kills from Rachael Stacey and Parklyn Heller helped break an early stalemate and sparked a 7-0 run that allowed Capital to go ahead 20-11. Then, Dani Bartsch closed out the opening stanza with a kill and an ace.

"I'd agree with that," Dani said when asked if it was her best match. "Helena High is a great team and we have had our struggles in the past and I really wanted to come out, stay focused and relaxed."

Whatever she did it worked, because for three sets, she was nearly flawless. She finished right behind Paige with 11 kills, but she also added three aces and two blocks.

"She is really swinging," Cleveland said of Dani. "She has a great ability to go in aggressive and being able to mix up the tempo. She crushed it when we needed her to and then she would put over a slow play and catch the defense on their heels. Then in the back row, she was getting reads and digs. It was an awesome performance."

In the second set, Helena wasn't going away and after a kill by Lauren Heuiser, the Bengals were down just 8-7. Yet, the Bartsch twins scored three of the next five points and suddenly, it was 13-7. From there, the Bruins didn't look back as they went ahead 2-0.

In the third, Capital jumped out to a lead again. Then, Paige Bartsch helped finish it off, with a flurry of kills, some she finished with power and others with finesse.

"I'm trying to be a smarter hitter," Paige said. "And trying to mix things up to keep the defense off balance."

Helping Paige, Dani and the other Capital hitters succeed was senior Audrey Hofer, who was stellar in her own right with 28 assists and nine digs.

On the other side of things, Liz Heuiser paced Helena High with eight kills, and seven digs. Lauren Heuiser also contributed with four kills and once ace.

The loss for Helena High was the first of the season and the Bengals first since falling to Helena Capital in last year's Class AA state title match.

"I thought our inexperience showed tonight," Helena head coach Lindsey Day said. "Capital's a good team with a lot of weapons but we will learn from this match and get better."

The Bruins win also extended their winning streak to 61 games, which is just four wins shy of the Class AA record (65) set by Billings Senior from 2005-09. Capital's current streak is sixth all-time in the history of the MHSA in volleyball.

"It's sweet to know we are so close," Dani Bartsch said. "But it's also kind of nerve-racking. You don't want to play bad, because we don't want to mess this up. We have five more and we'll get there."

After a classic between crosstown rivals, Helena Capital is one win away from tying the Class AA record.