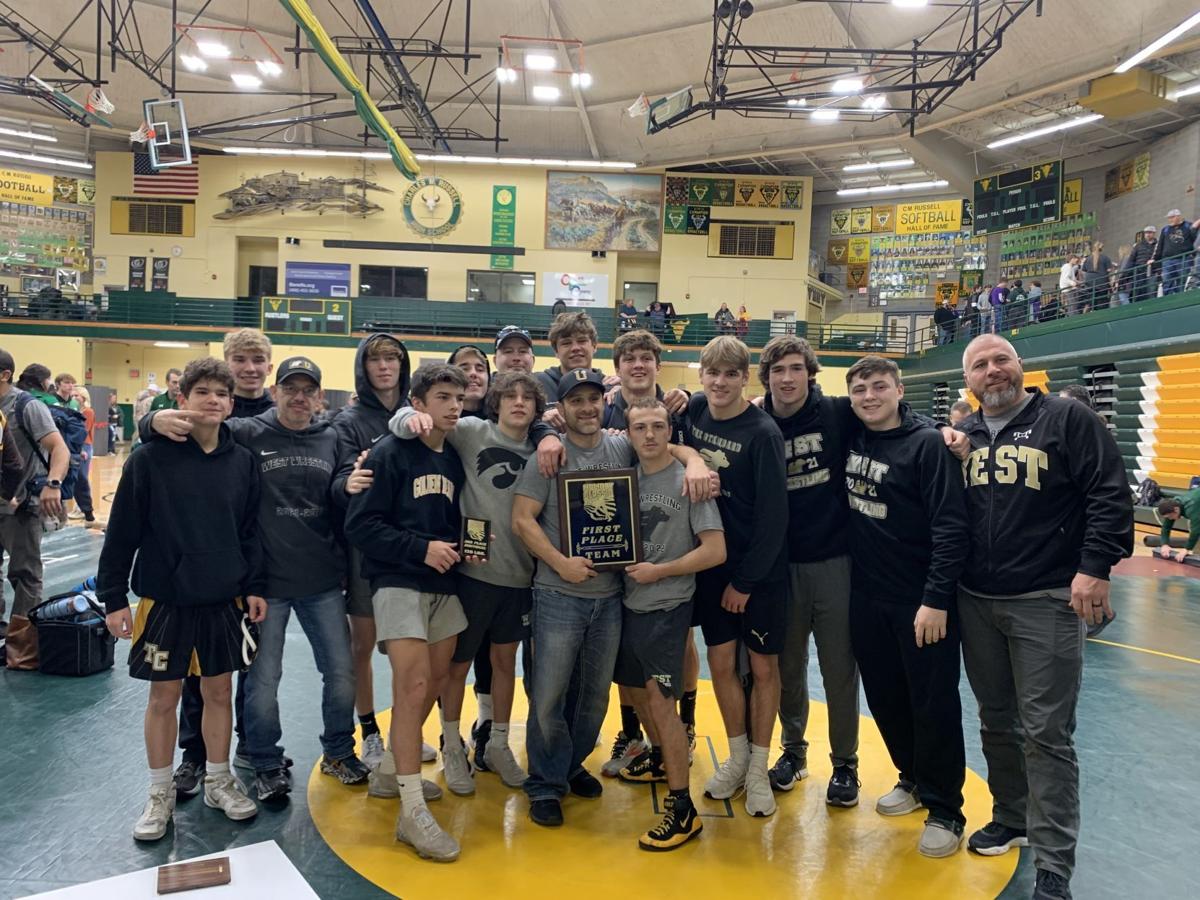 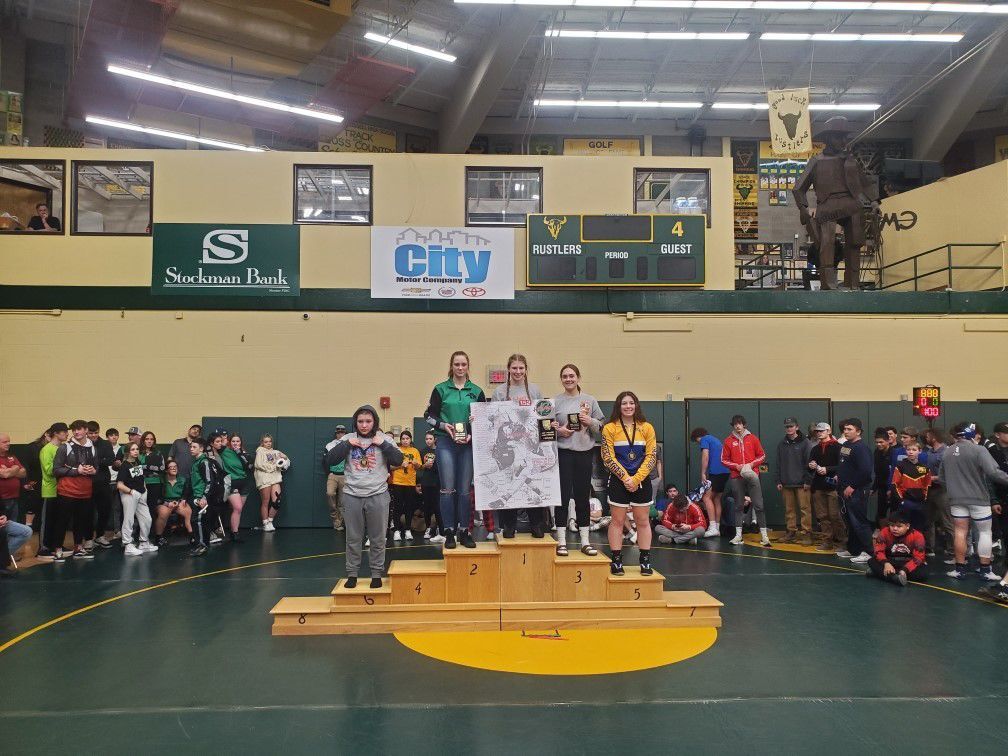 Billings Senior's Kendal Tucker was the girls titlist at 152 pounds at the Great Falls CMR Holiday Classic wrestling tourney that concluded on Saturday.

Billings Senior's Kendal Tucker was the girls titlist at 152 pounds at the Great Falls CMR Holiday Classic wrestling tourney that concluded on Saturday.

The Golden Bears of 14th-year coach Jeremy Hernandez won the title with 231.5 points. Second-place Billings Senior was second with 209.5 points and Great Falls third with 154.5 points.

Hernandez said it was the first time the Bears, ranked second in Class AA, had claimed the CMR Holiday championship since the mid-1990s.

“The Holiday is one of the toughest tournaments of the season,” he said. “You get schools from all over the state, Classes AA, A and B-C. You see a lot of different styles of wrestling and kids from small towns. You see a variety of kids. It’s huge for us.”

Hernandez said the Bears had previously claimed second at the CMR tourney during his tenure and were second at the Billings Invitational, which is no longer held.

“I’ve never won a tournament as a head coach. To win the CMR is pretty spectacular,” he said. “It says a lot about the kids and how hard they are working in there and the things they are doing to get better and better every day. The proof is out there and they won the tournament.”

Great Falls was third in the initial Class AA rankings issued last week and Senior was fourth. Belgrade was fifth and Butte sixth. Top-ranked Kalispell Flathead, the winner of the prestigious season-opening Mining City Duals, was scheduled to wrestle in the Tri-State in Coeur d’Alene, Idaho, over the weekend.

“It was great competition. You have programs like Senior and Great Falls High and other teams with really, really good kids,” Hernandez said. “The competition level was high. I just wish Flathead was there and Butte didn’t have their varsity team; they were down in Wyoming. We’ll see them all again soon. That didn’t make the tournament watered down. It was a tough tournament with some tough kids there.”

“I told them to enjoy it the rest of this weekend and we gotta get back to work on Monday,” Hernandez said. “We have Belgrade coming to town Tuesday for a dual. We’ll enjoy this huge win for our program this weekend, but when we get back to school on Monday it’s time for us to put it behind us and focus on Belgrade.”

Hernandez said the Outstanding Wrestler was Avery Allen of Bozeman, the individual titlist at 152 pounds.

The Senior girls outdistanced the Skyview girls 209.5-127. Kalispell Glacier was third with 114.

The previous weekend, Senior was second to the state champion Brave Brawlers at the season-opening Flathead Girls Invitational in Kalispell, 254.5-209. Senior was the state runner-up last year.

“The girls are definitely excited about that,” said Broncs coach Mickey Mahlmeister. “They have been working hard and to win a big tournament like that they were definitely excited. As a coach, I was excited as our veteran wrestlers were doing what they were supposed to do and winning matches and scoring points and some of our newer girls won matches and scored team points.”

Kendal Tucker, a state champion as a freshman for Senior last year at 152 pounds, improved to 7-0 on the season. She also won the season-opening Flathead meet.

Mahlmeister said Tucker is a leader for the Broncs.

“When she speaks, girls listen and she demonstrates how to be a good wrestler with her hard work ethics in practice.”

The Broncs are looking forward to Tuesday. Senior hosts Skyview at 7 p.m.

Girls wrestling is only in its second season in the Treasure State and some teams don’t have as many girls as others. So in a dual setting, usually the girls wrestle in the JV matches prior to the varsity competition, except on the occasion when a girl does break into the boys varsity lineup.

However, on Tuesday Mahlmeister said the plan is for there to be two mats on the gym floor, one for the varsity boys and the other for the girls, at 7 p.m. as both Senior and Skyview will have enough girls to dual each other.

Mahlmeister did say that for the girls matches there may be a weight where there are multiple competitions in the dual.

“Both of our schools are really promoting girls wrestling and we have the numbers to do it,” he said. “Neither of us have a complete lineup but it will be 12 vs. 12, which is great. It hasn’t been done before. Typically what we have been doing with duals is the girls get mixed in with the JV boys. We haven’t had a dual yet, where the girls have a face-off and shake hands with their opponent. Coach (Bryan) Emborg of Skyview and I got together and we decided let’s give these girls a face-off and have a 12 vs. 12 and see what happens.”

Mahlmeister said the girls Outstanding Wrestler in Great Falls was Mariah Wahl of Cut Bank, the titlist at 138.

'Its fireworks': Billings Senior holds off Billings West in a wrestling nail-biter

Large crowd was in for a treat as the Broncs and Bears wrestled to a back-and-forth thriller at the Golden Dome.