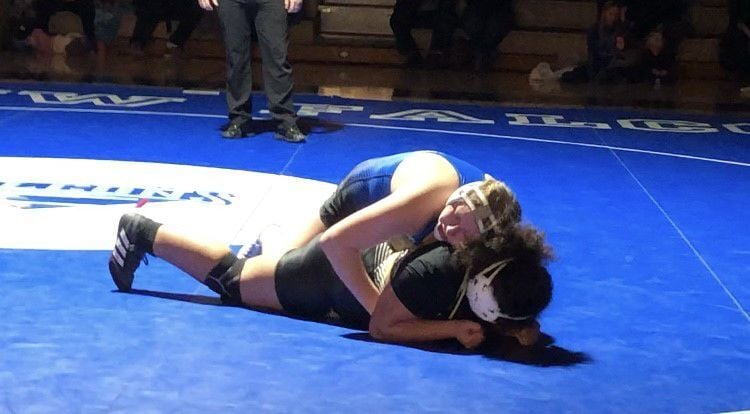 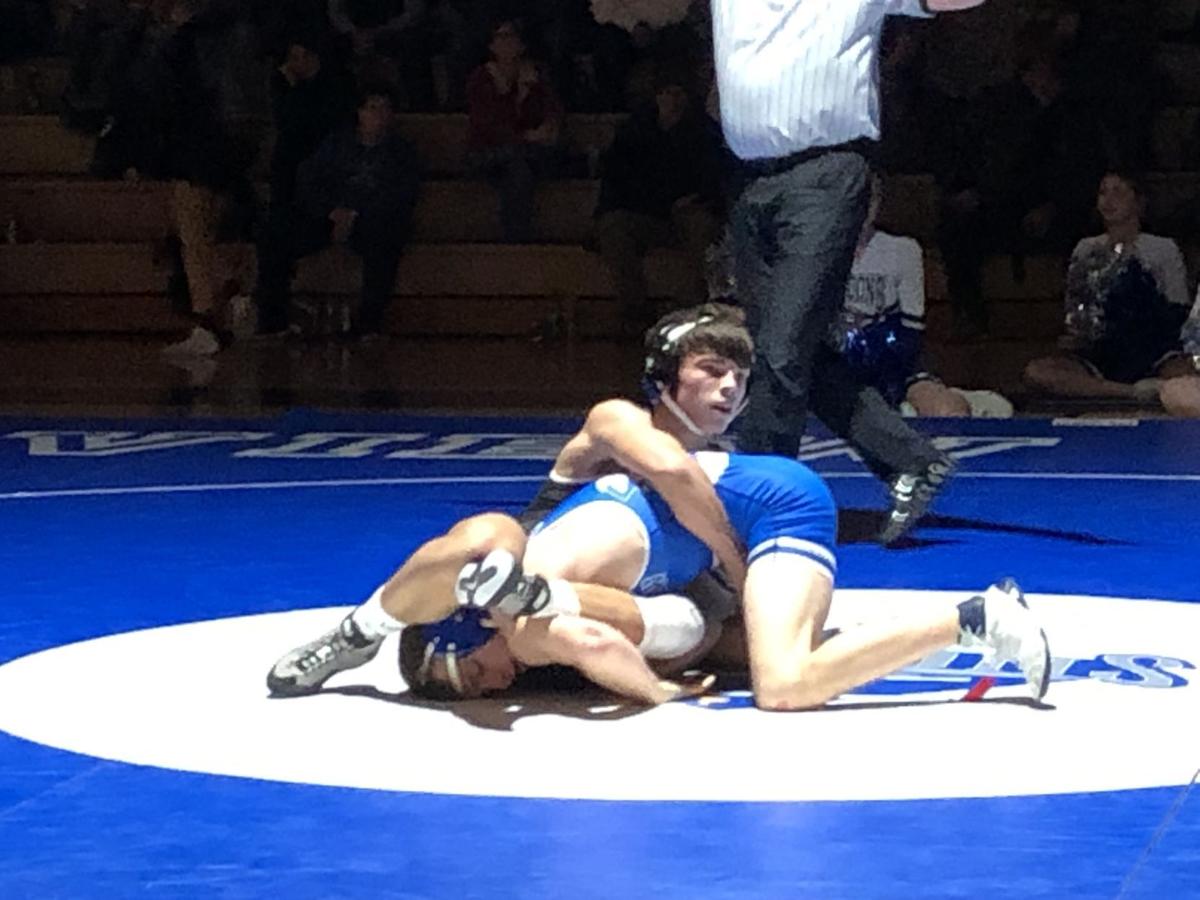 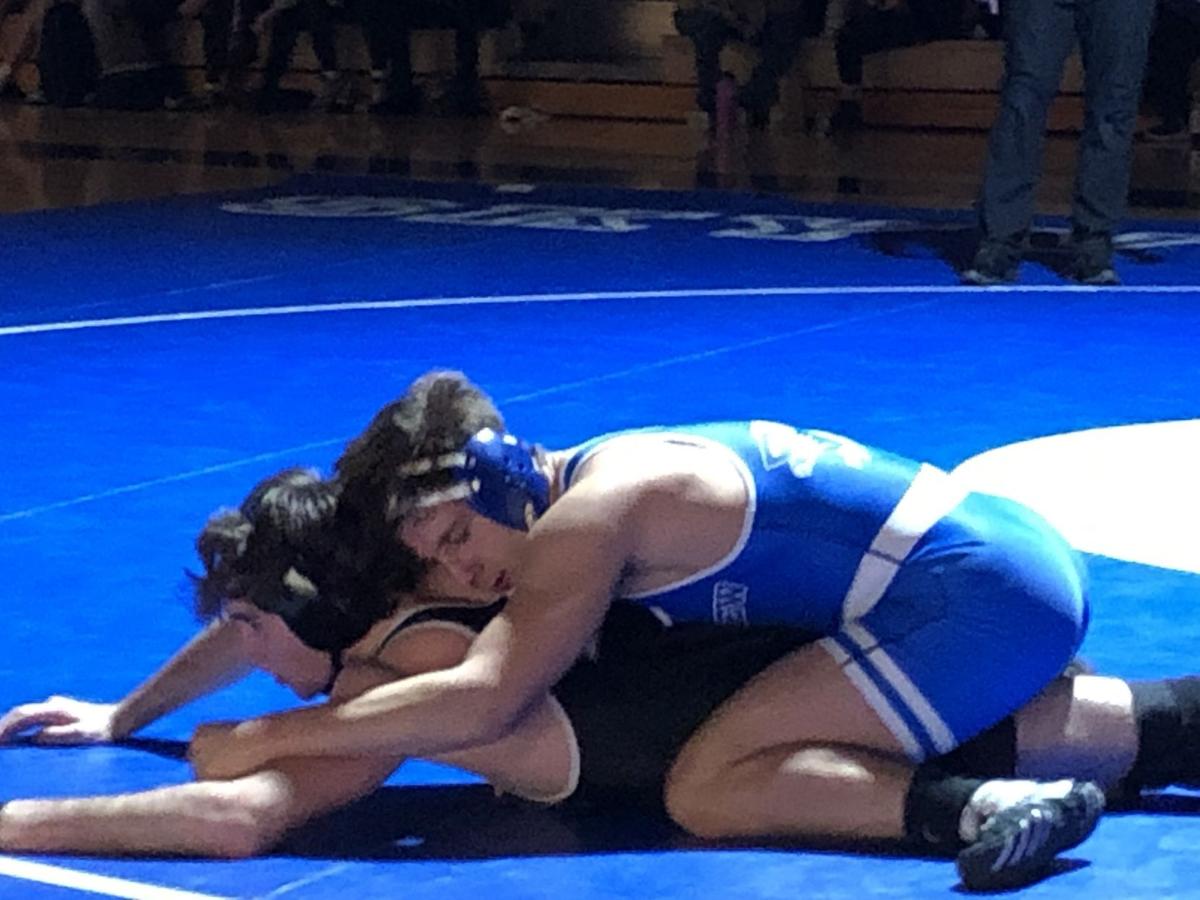 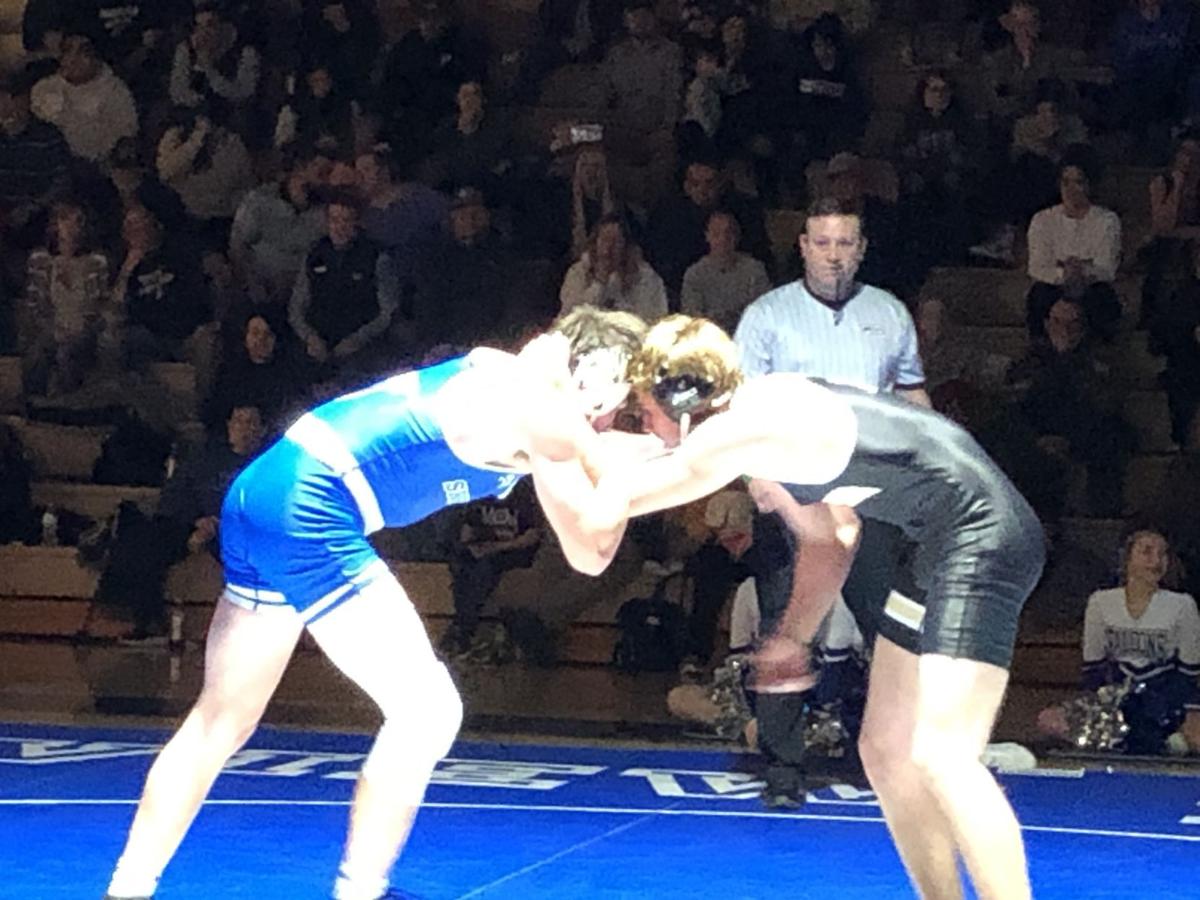 BILLINGS — There was a “big-time” feeling at the Billings Skyview gym on Tuesday night.

The Billings West Golden Bears, winners of the CMR Holiday Classic, had traveled across town to wrestle their rival, the Falcons.

Plus, four girls varsity matches were scheduled to be held immediately before the boys varsity dual.

And then, Skyview is now wrestling under the lights for its home duals.

The Bears behind seven victories, including three by pin and two forfeits, downed the Falcons 42-19. In the girls varsity matches, the Falcons and Bears split.

In the boys match, West closed with five victories in the final six matches. Gaining wins for the Bears in that stretch were Zach Morse (103), Keyan Hernandez (113), Jase Van Pelt (120), Colby Reichenbach (126) and Jesse Aarness (138) to finish the match.

After Paolo Salminen (170) brought Skyview within 12-9 with a pin in 1:56, freshman Solomon Stortz (182) downed Nathan Kojetin 4-1 to once again give the Bears momentum. Kojetin is ranked sixth in Class AA at 182 pounds.

“It was good,” Stortz said. “I feel like I rode well and rode him out good and the win boosted the team.”

“It was good. We work really hard and show that work on the mat,” he said. “There are always things we need to work on, but we came out clean and ready to go.”

West coach Jeremy Hernandez said the Bears worked on “fine tuning for the second half of the season” over break.

“We just wrestled well in all positions,” Hernandez said. “The kids put themselves in position to win. Christmas break helped out and they are moving in the right direction.”

For Skyview, Hunter Ketchem (132), Dylan Emborg (145) and Dilen Barrington Miller (285) joined Salminen in the win column, with Emborg starting the dual with a 5-0 victory.

First-year Skyview coach Jon Verlanic said the Falcons (5-5) are starting to be more competitive in matches. For example, he said at 138 pounds, Talen Barrington Miller fought hard against Aarness in a 3-0 setback. Earlier this year, Aarness had defeated Barrington Miller by pin, said Verlanic.

“What we did at Christmas break worked,” Verlanic said. “We are closing the gap in tough matches.”

Now, Skyview is also wrestling under the spotlight.

“A new tradition,” said Verlanic. “Our new girls head coach (Bryan Emborg), he was behind it. He got the lights and helped get the ball rolling. It makes the atmosphere better and is a cool thing.”

Prior to the boys dual, the varsity girls also competed. Girls wrestling is in its second year as a sanctioned sport.

Overall, four girls matches were held and the teams split the contests. No team score was kept.

Leah Smith (120) and Kassidee Savaria (285) won by pin for the Falcons. Bella Hernandez (126) was triumphant by major decision and Brooklyn Stensland (132) won by fall for West.

Savaria, a state champion last year at 205 for the Falcons, actually wrestled two varsity matches on Tuesday as she cracked the Falcons lineup and took on Higgins at 205 in the boys varsity contest. Higgins won by pin in 3:55.

“I honestly really liked it,” said Savaria. “I get a match with the girls, who I’ll wrestle with at state, and a good, hard match as the guys push me.”

Savaria said the experience of kicking off a double dual with their own introductions before the boys match was fun for the girls wrestlers.

“It was really cool,” she said. “Unfortunately, half of our team couldn’t wrestle. Some of the girls are hurt and unfortunately West doesn’t have as many girls as us.”

Bryan Emborg said he was proud of Savaria’s double duty.

“It’s exciting. She’s tough and definitely the most experienced girl I have,” he said. “She’s a hard worker.”

Next Tuesday Billings Senior visits Skyview. Coach Emborg said the girls will wrestle first at 6 p.m. and the boys at 7. Both duals will be held under the lights.

“It’s kind of cool to wrestle under the lights,” Emborg said. “It’s a good deal for the kids.”