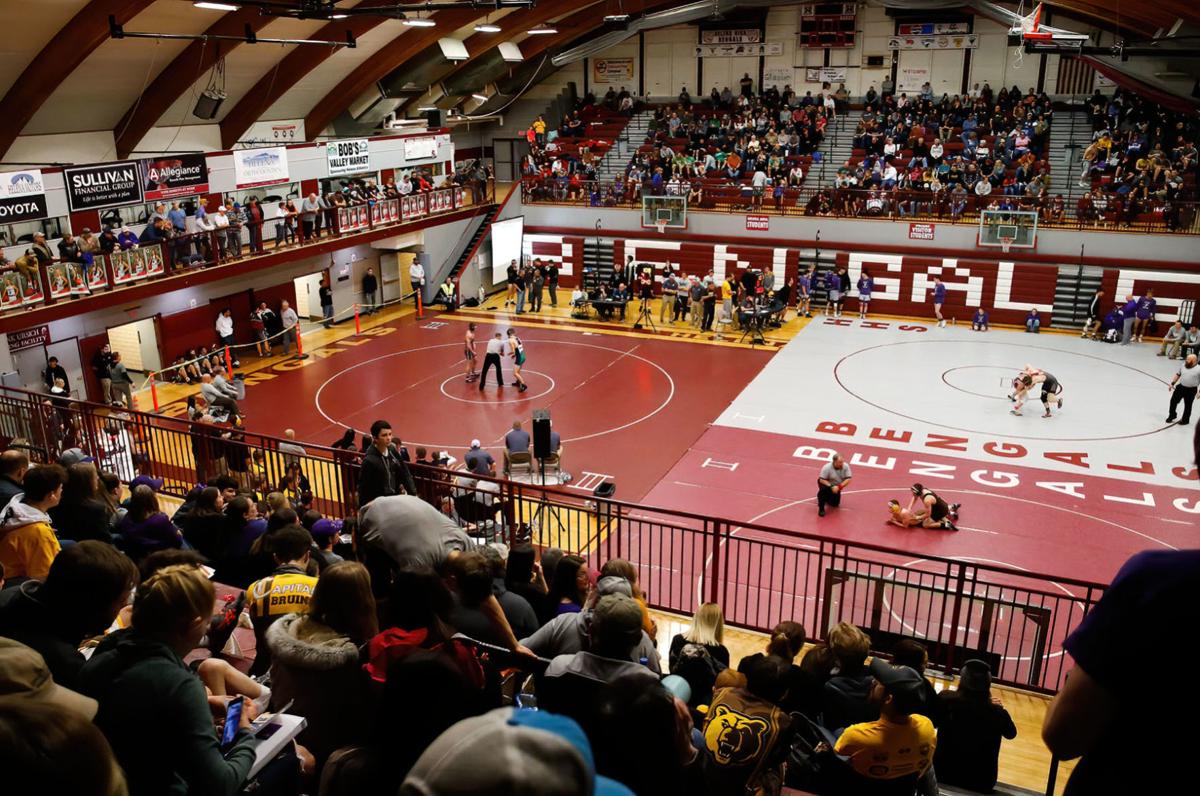 The Western AA seeding tournament was hosted at Helena High Saturday. Eight teams from Butte, Missoula, Helena and Kalispell were in attendance. 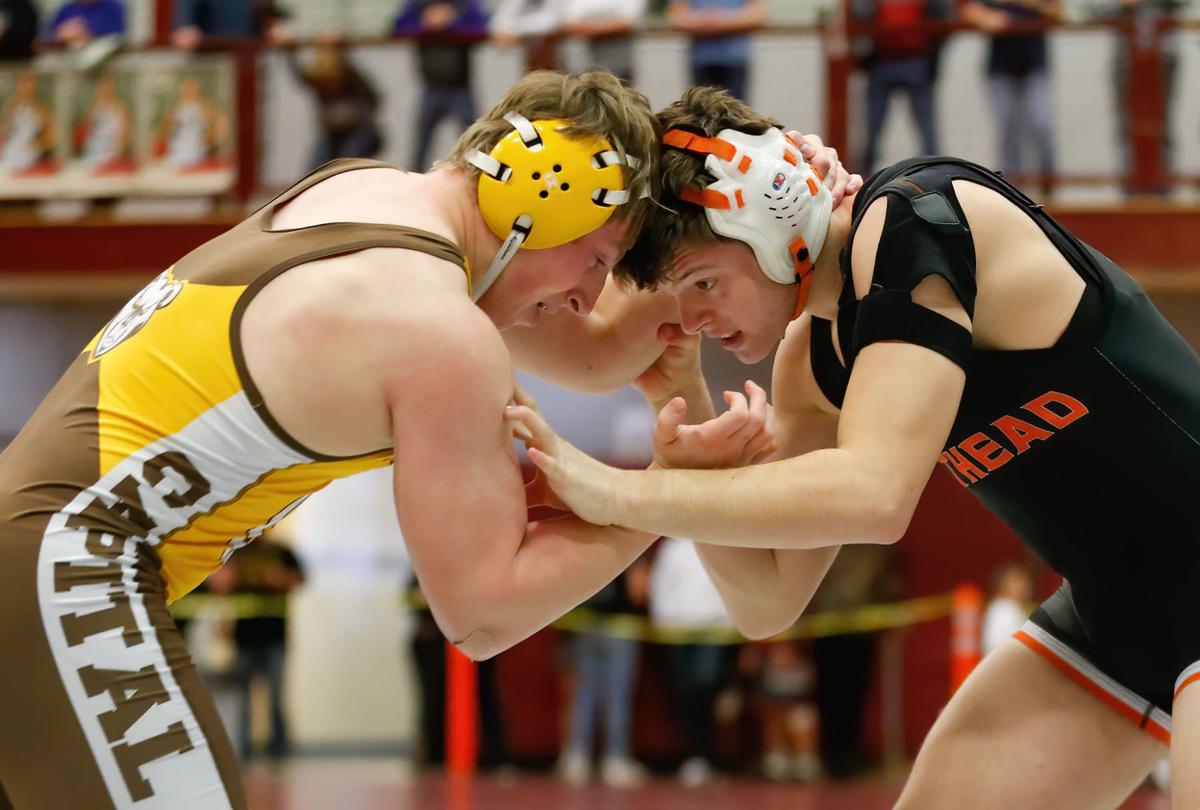 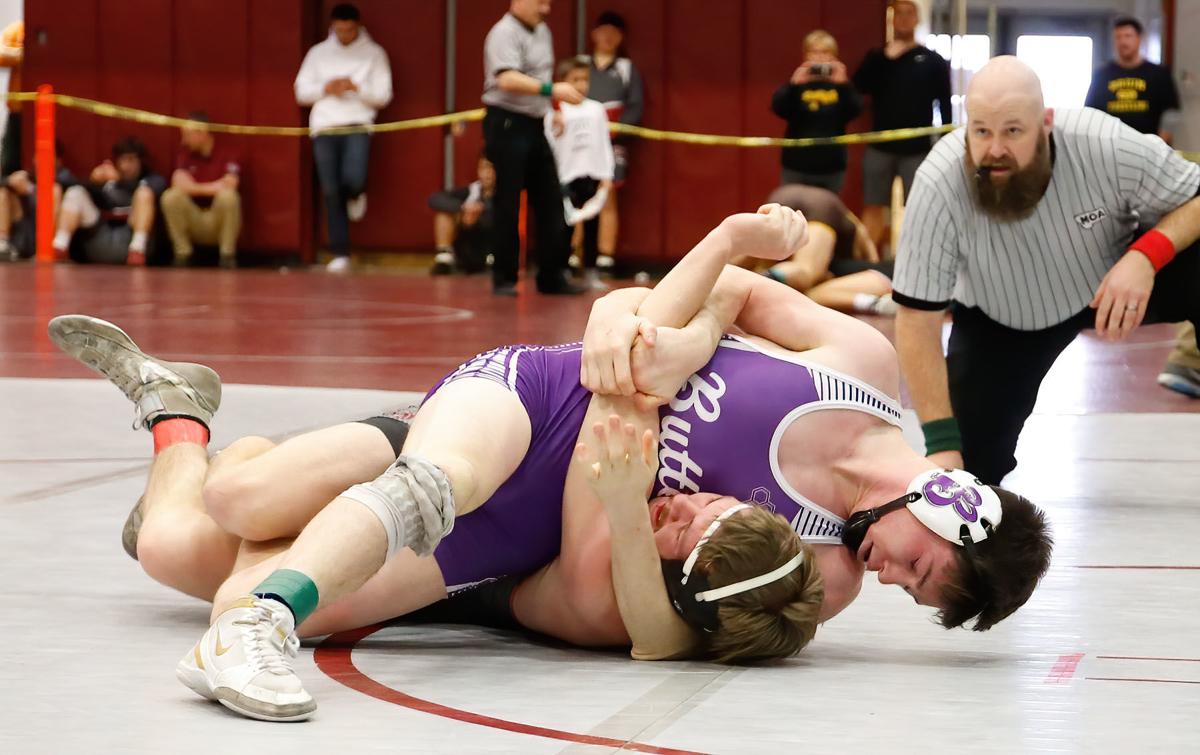 Quinn Sullivan of Butte High pins his opponent to the mat in a match Saturday at the Western AA seeding tournament in Helena.

The Western AA seeding tournament was hosted at Helena High Saturday. Eight teams from Butte, Missoula, Helena and Kalispell were in attendance.

Quinn Sullivan of Butte High pins his opponent to the mat in a match Saturday at the Western AA seeding tournament in Helena.

HELENA -- The goal for every high school wrestler in Montana is to win the state tournament. But first, they have to get to the Metra and in the Western AA, that’s where the seeding tournament comes in.

This year, it was hosted at Helena High and when it was all said and done, Butte High and Kalispell Flathead advanced the most wrestlers to the All-Class State Tournament in Billings next week, with each team sending 19 total. Helena Capital was right behind with 15, followed by Glacier with 14, Missoula Big Sky with 12, Missoula Sentinel with 11, Helena high with nine and Missoula Hellgate with five.

"We put 24 in the tournament so we hoped to get 24," Butte head coach Cory Johnston said. "But we are really happy with 19, it's the most we have taken to state since I have been at Butte High School. So I am really pleased with that. Getting to state is one thing. What you do once you get there is another."

The Bulldogs also placed seven in the finals of the seeding tournament, yet came away with just one champion, which came from Kobe Moreno, who pinned Josh Lee of Helena Capital in the 285-pound final.

While Flathead was right with Butte in terms of individual qualifiers for state, the Braves finished with even more champions as they crowned three divisional champs Saturday. Cade Troupe won at 126 pounds, followed by Brendan Barnes at 138 and Fin Nadeau at 145.

"Our goals was 18," Flathead coach Jeff Thompson said. "So it's always exciting when you exceed your goal but we have just been striving to get guys placed as high as we can here. Overall, we are very happy with the way we are wrestling. We had a great week of practice and we feel like we are peaking at the right time. We will see what happens next week."

The Bruins advanced 15 wrestlers and sent six to the finals, crowning three champions in their own right. Carson DesRosier won at 132 pounds for Capital after not wrestling for a few weeks.

"It means nothing," DesRosier said of winning the seeding tournament, although it at least means the state champion, who won at 120 pounds last season, will enter the Class AA tournament as a top seed.

Joining him will be teammate Noah Kovick, who took home the 182-pound title, as well as Capital senior Zane McCormick, who defeated Butte High's Kameron Moreno by way of a 5-2 decision.

"Having 15 guys going to the state tournament is great," Helena Capital head coach Jeff Mahana said. "We only have three seniors, so we have 12 guys coming back for the future. I really liked how our new guys are battling and that's really exciting for us."

Glacier didn't send as many wrestlers to state as Capital, but the Wolfpack advanced 14 and crowned two champions led by Teegan Vasquez at 120 pounds. Josh Melton also won at 103, defeating Hunter Rahn of Capital.

Big Sky had 12 wrestlers move onto next weekend, however, the Eagles had more individual champions, four, than any other team. Israel Moreno (120), Hunter Meinzen (152), Dougie Swanson (160) and Bridger Hall (170).

The top eight wrestlers in each weight class qualified for the Class AA state tournament, which starts Friday in Billings.