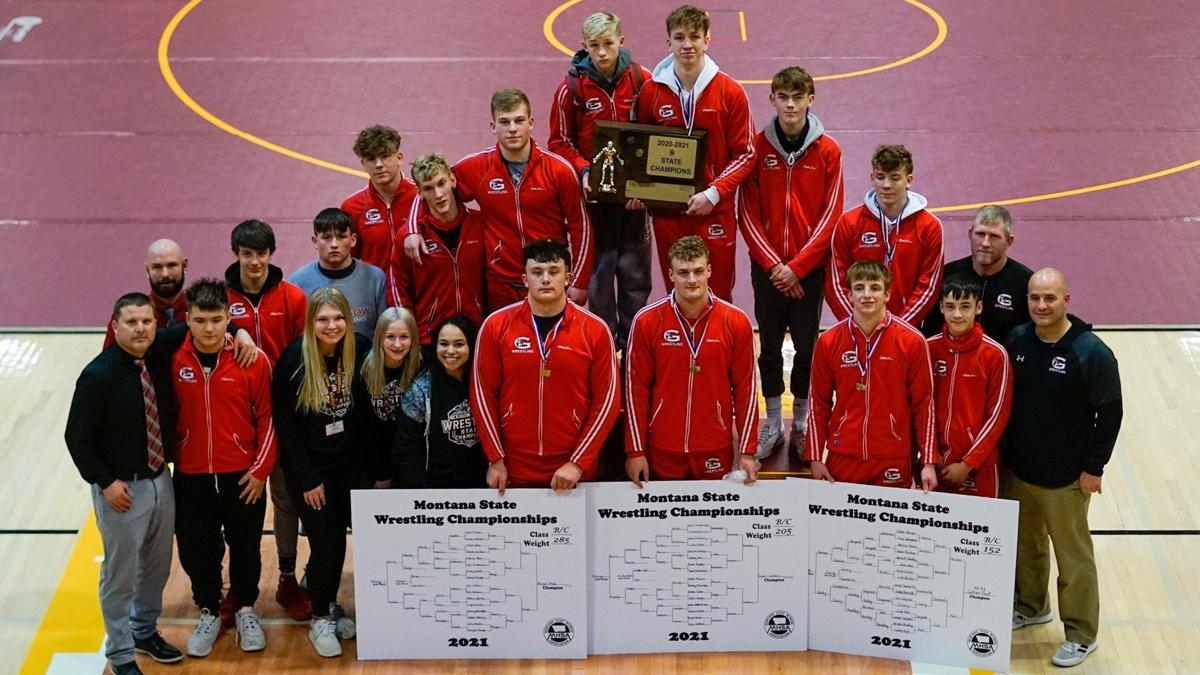 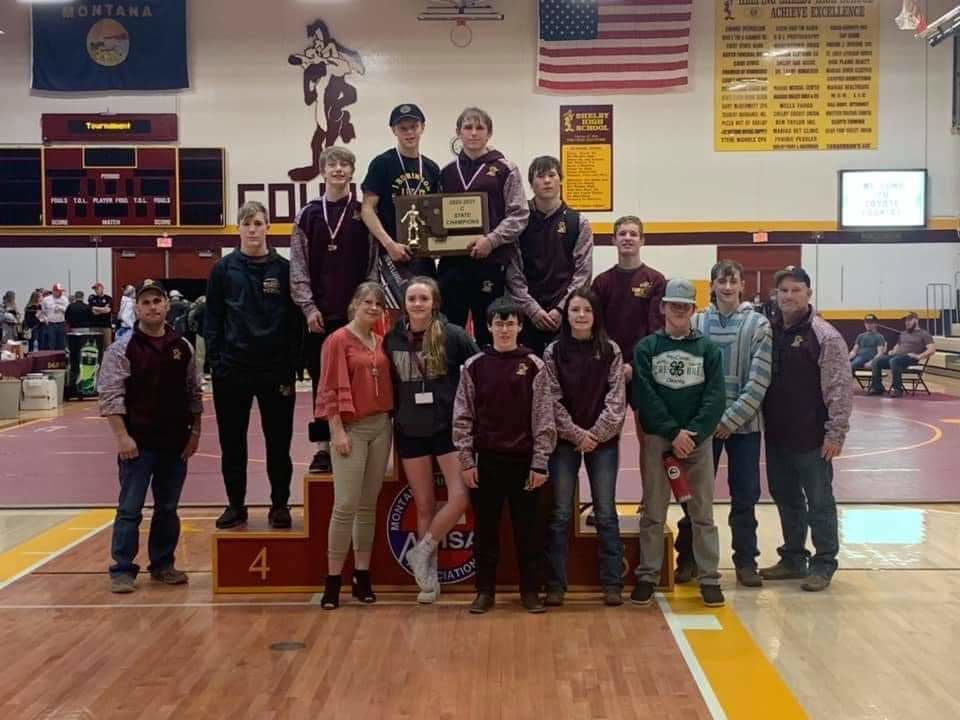 BILLINGS — Make room for another state title in the trophy case.

The Glasgow Scotties came to Shelby as the defending Class B state wrestling champion and were leaving Saturday night as the two-time defending titlists.

It is the 14th state title for the wrestling-rich Scotties program.

“We talked about chasing 14 this year and a little hashtag on some stuff. The kids like that,” Glasgow coach Jory Casterline told The Billings Gazette and 406mtsports.com in a phone interview. “It’s just about wrestling, we just love it.”

Casterline said the Scotties — who had eight state placers, including five finalists and three state champions — wrestled hard all year in a season that began late due to the coronavirus pandemic and ended with three separate state tournaments, instead of the usual event at the Metra where all three classifications are decided.

“You know what, it was a long season and my kids were resilient. All the credit goes to them,” Casterline said. “They put it out on the line and made the sacrifices with the COVID stuff. I have to give them all the credit.”

With his win, Thilmony won his second consecutive title after finishing third as a freshman.

Linville (22-0), Durden (37-0), and Cohenour (20-0) were all undefeated this year according to the brackets on trackwrestling.com.

Behind five state placers, Circle finished third overall with 96 points. While the trophy case is getting crowded at Glasgow, there is also less space in the Circle trophy case as well as it is the fourth straight State C title for the Wildcats.

“I don’t know if it has sunk in yet,” Circle coach Ty Taylor said in a phone interview. “It is pretty awesome.

“It is incredible. I don’t know how to express it. I’m more proud of them than I am about anything overall.”

Circle had eight wrestlers on the team and took seven to state.

“That is pretty impressive to me that they can do that,” Taylor said in describing his small team placing third overall. “They have a lot of heart.”

Glasgow senior Colten Fast won his third straight state title when he captured the 152-pound bracket with a 12-2 decision over Cole Becker of Circle, who won a state title last year. Fast said repeating as team champion was satisfying.

“It feels really good. To do it with a bunch of the same guys and the same way we did it last time,” he told The Billings Gazette and 406mtsports.com over the phone. “We stuck to the same thing and worked hard.”

With action limited to duals or mixers this year, many teams didn’t see other squads from the opposite end of the state. So, there were many questions about the opposition entering the tourney.

“We didn’t know what a lot of kids would look like, especially the kids from the west,” Fast said. “We went in not knowing, but were confident in our abilities.”

Glasgow heavyweight Mayson Phipps won his first state crown after finishing second at 285 in 2020 and third in 2019. Phipps pinned Caden Crowell of Cascade in 1:46.

“We had a good crowd,” Casterline said of the Glasgow faithful supporting the Scotties. “It is unfortunate we weren’t in the Metra. Our fans travel. We have a knowledgeable fan base and they love wrestling.”

Burns, a senior, won his third straight title. Reilly won a state championship as a freshman and ended as a two-time state titlist, bookending his prep career with another title as a senior.

“It was a good weekend of wrestling,” Red Devils coach Tim Kaczmarek said in a text message. “We came up short of winning a championship, but our guys battled.”

Check back for continuing coverage from the three boys wrestling tournaments Mar. 5-6, 2021.

Plenty of storylines to follow at state tourney in Shelby.