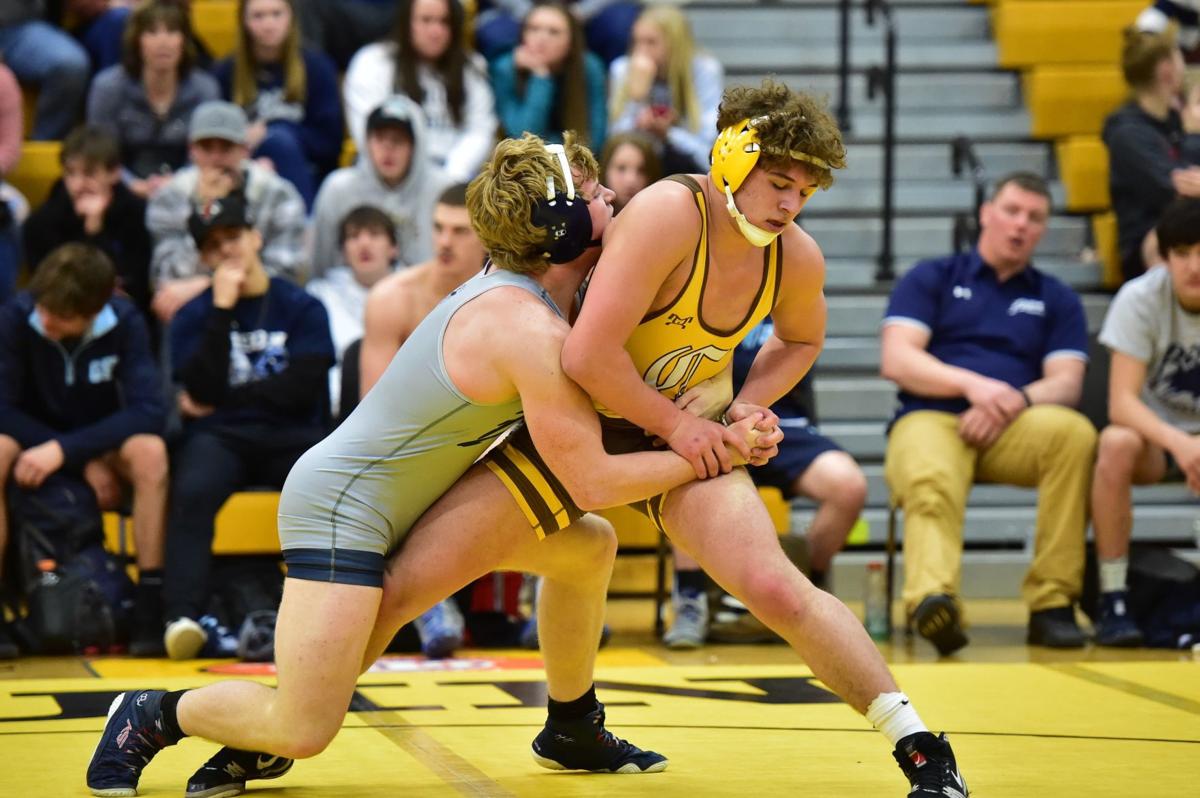 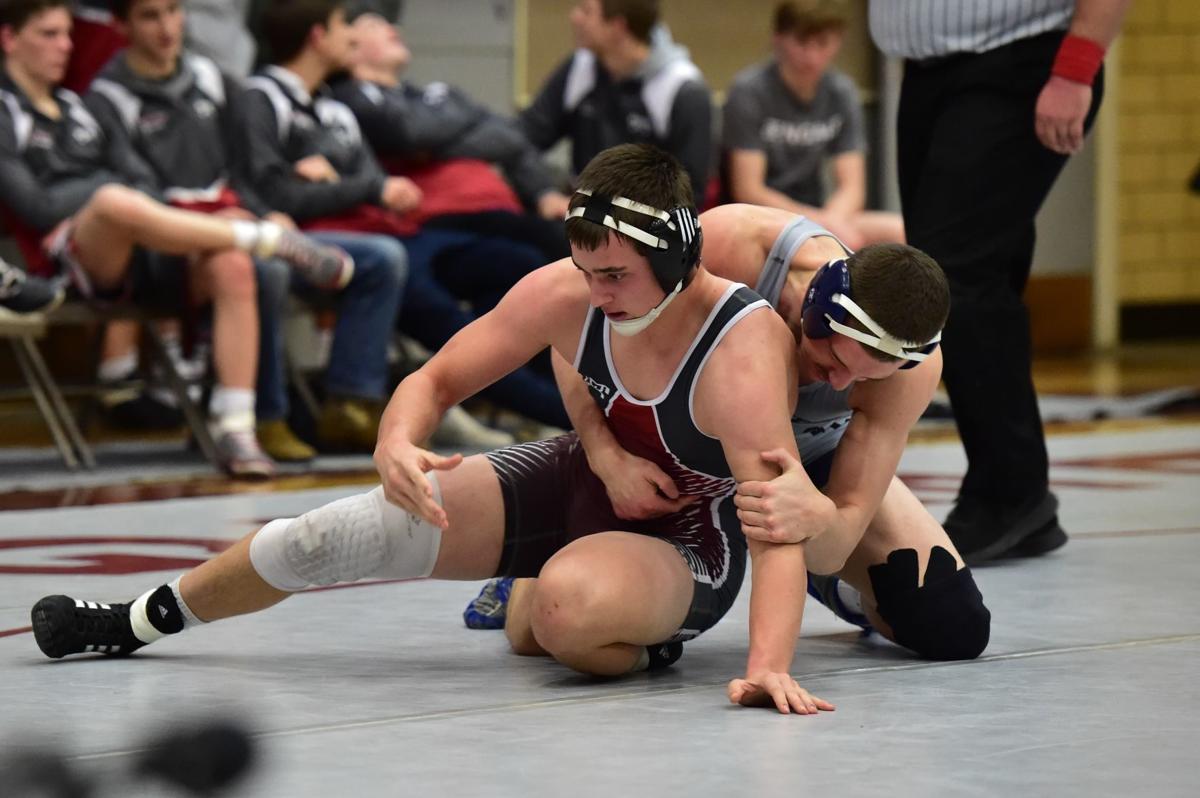 Kaleb McKay fights to escape from Tyson Krahe of Great Falls High in Friday night's dual at the Jungle. 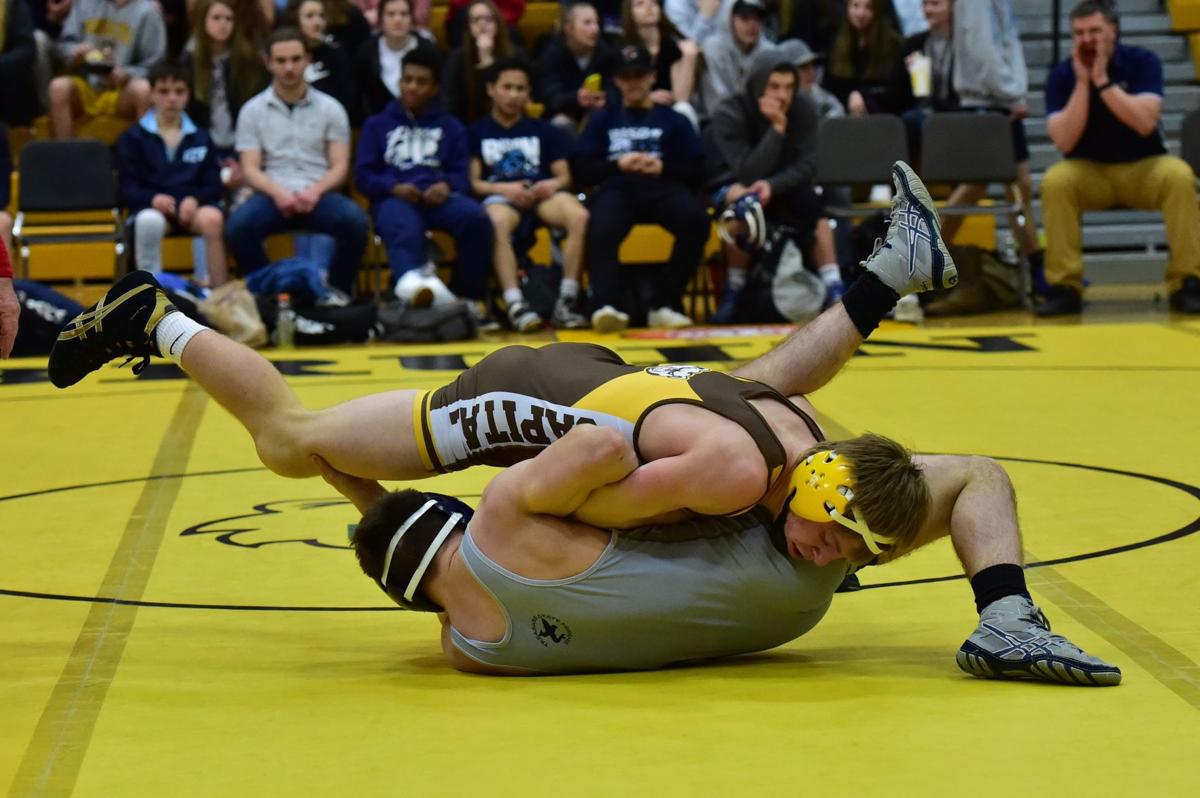 Carson Desrosier balances his body to enable a pin of his opponent Archer Throckmorton from Great Falls High Friday night in the Jungle.

Kaleb McKay fights to escape from Tyson Krahe of Great Falls High in Friday night's dual at the Jungle.

Carson Desrosier balances his body to enable a pin of his opponent Archer Throckmorton from Great Falls High Friday night in the Jungle.

HELENA — The Helena Capital wrestling team wants a chance to prove itself against the best and Friday night, the Bruins got that chance.

But the Bruins also realized they have a lot of work to do as they followed up an impressive 49-18 win over CMR, with a 54-15 loss to Great Falls High, the Class AA runner-up a season ago.

"We want to come out and be the aggressive team," Capital head coach Jeff Mahana said. "We want to be more physical and set the tone. We were able to do that against CMR but against Great Falls High, they were able to turn the tables and do that to us.

"We want to go up against the best," He added. "We like to find out what we can improve and tonight, we found some areas where we can improve."

There were certainly positive moments for the Bruins, such as Carson DesRosier and Noah Kovick each going 2-0 against the Great Falls schools, with DesRosier (132) winning both of his matches by pin.

While the outcome of the dual was already decided, both Kovick and Swanson were fighting hard for the last points of the night. In the final moments of the third period, Kovick held a 6-4 lead before notching another two-point takedown as time expired to win by four.

"Carson and Noah are both doing a great job for us," Mahana said. "They have both been wrestling really tough."

The Bruins were without 205-pounder Zane McCormick, who was out this week due to some football recruiting trips. However, he will be back in the lineup for the Jug Beck Rocky Mountain Classic next weekend in Missoula.

In the first dual against CMR, McCormick's replacement at 205 pounds, Keaton Pouliot, helped the Bruins build an early 12-0 lead with a pin over Bryce Hall of CMR in 55 seconds. Josh Lee also helped set the tone with a pin in the heavyweight class.

The Rustlers notched wins at 103 and 113 pounds, before Capital responded with a win by Ayden Smelko (120). Then DesRosier notched his pin for the Bruins, followed by another from Connor Kovick (138). Wyatt Schneider won at 145 via decision; Ian Isaacson (160) and Tucker Zanto (170) also registered pins to tie a bow on the victory.

The result was similar to what the Bison did against Helena High. The Bengals also hosted Great Falls High and CMR and opened the successive duals with a 65-6 defeat.

The Rustlers also notched a 56-18 win over the Bengals, yet Helena High was able to get victories from Nathon Elmose, Andrew Cotton and Kaleb McKay.

Following the duals, both Helena teams will compete in the Jug Beck Rocky Mountain Classic next weekend in Missoula, which will offer both teams a chance to showcase what they can do in a tournament setting.

"We are really made to be a tournament team," Mahana said. "In Bozeman, we ended up ninth but we there were 10 points that separated ninth from third. So our guys just have to find a way to contribute and score points. They have to get on the podium."

The Rocky Mountain Classic opens next Friday in Missoula. Prior to that, Helena High will travel to Butte for a dual.

Helena Capital ready to 'own' No. 1 after win over top-ranked Missoula Hellgate

Following a 51-45 win over top-ranked Missoula Hellgate Saturday, Helena Capital is poised to takeover the No. 1 ranking in Class AA girls basketball.