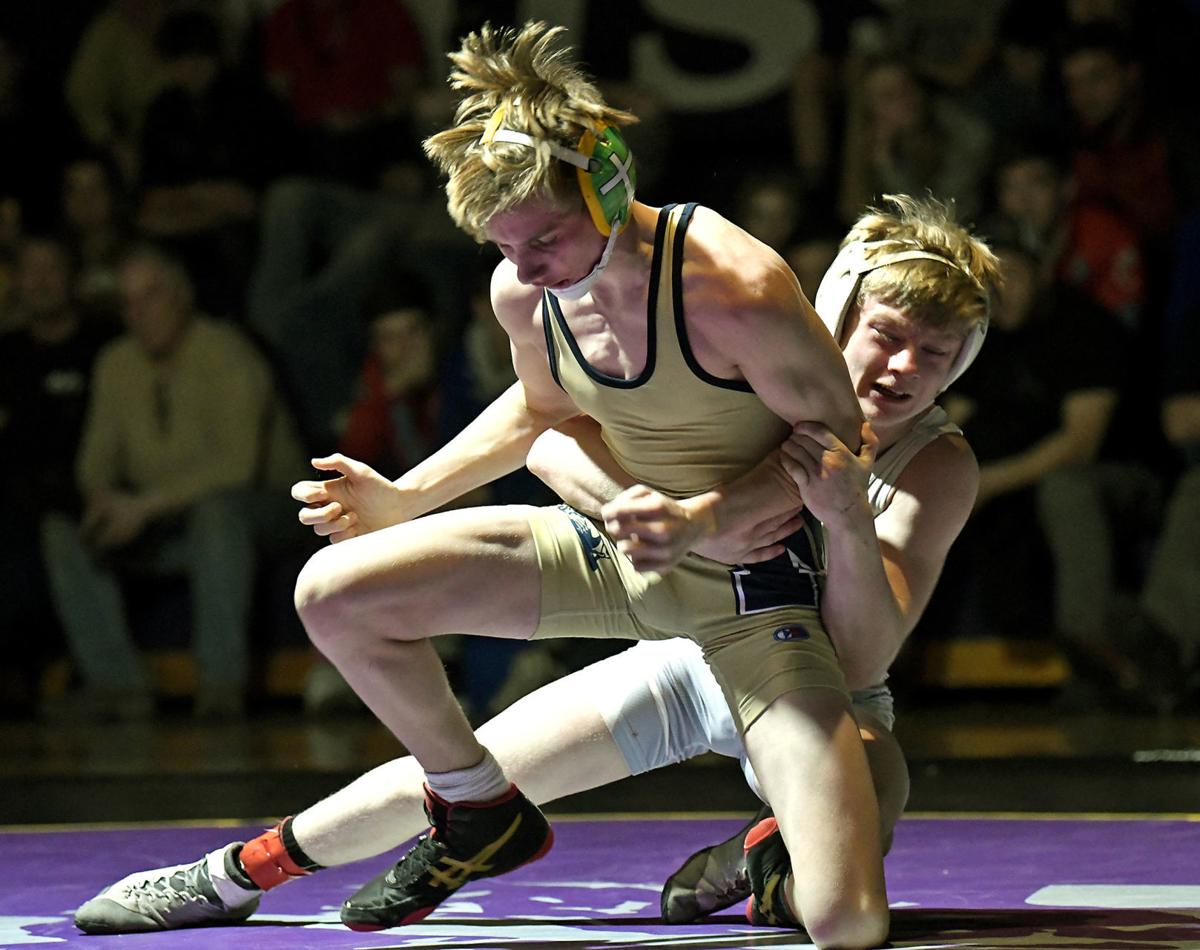 Johnny Mason, left, of Mead (Spokane) and Walker Dyer of Frenchtown wrestle in the 113-pound final at the 2019 Jug Beck Rocky Mountain Classic at Sentinel High School. This year's tournament is expected to bring 31 teams from Montana, Idaho, Washington and Wyoming to Missoula on Friday and Saturday. 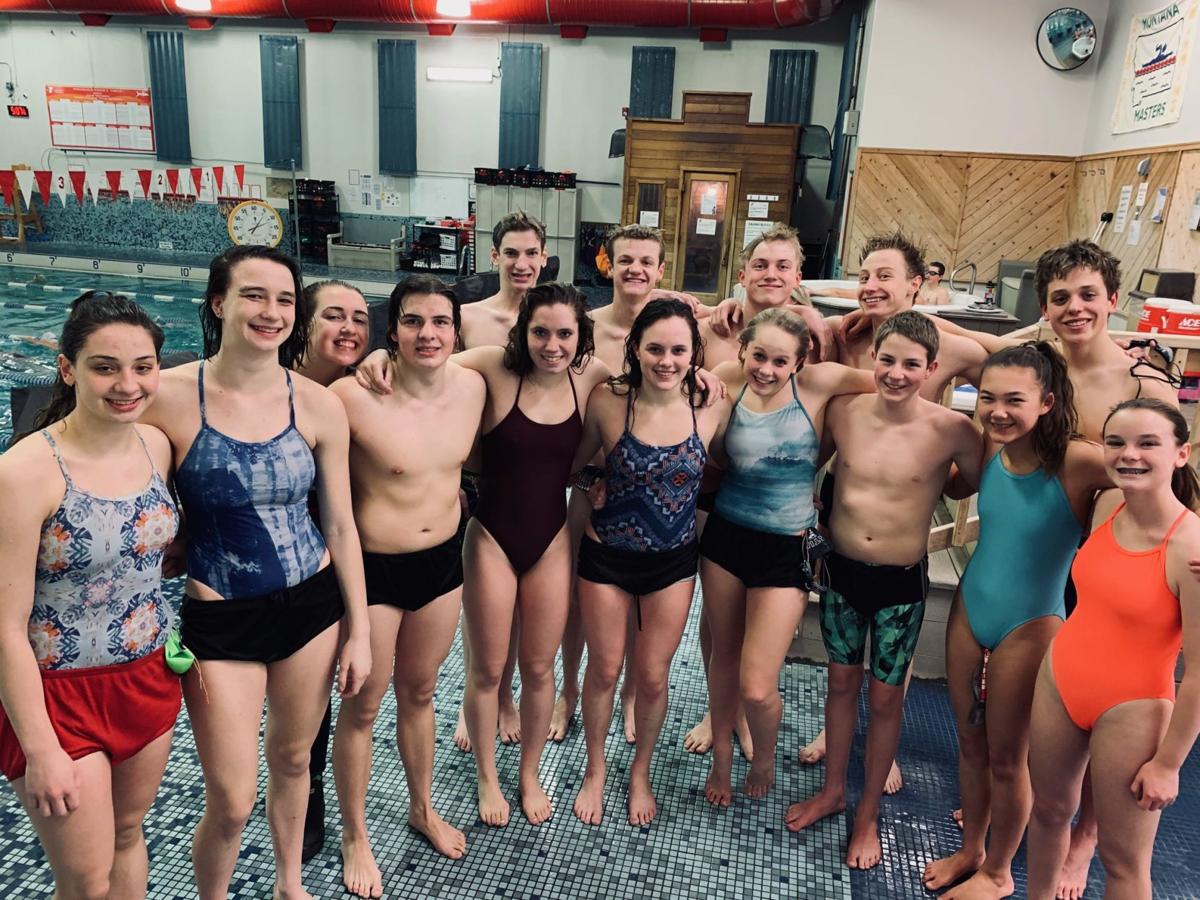 The Missoula YMCA is bringing 15 swimmers to the Washington Open from Thursday through Saturday. They're one of five club teams from the state who are going to the competition in Federal Way, Washington.

Johnny Mason, left, of Mead (Spokane) and Walker Dyer of Frenchtown wrestle in the 113-pound final at the 2019 Jug Beck Rocky Mountain Classic at Sentinel High School. This year's tournament is expected to bring 31 teams from Montana, Idaho, Washington and Wyoming to Missoula on Friday and Saturday.

The Missoula YMCA is bringing 15 swimmers to the Washington Open from Thursday through Saturday. They're one of five club teams from the state who are going to the competition in Federal Way, Washington.

MISSOULA — Top high school wrestlers from around the northwest will descend upon Missoula for the Jug Beck Rocky Mountain Classic this weekend.

“You’re seeing some of the best kids not only in Montana but Idaho, Washington and Wyoming,” Sentinel coach Jeremy LaPorte said. “Besides the Tri-State tournament, I think this is the toughest tournament of the season so far. We’ll see good competition eight wrestlers deep in some of the weight classes. We have 31 teams and most of them that come to this have full squads.

“If you can compete at this thing, you’ll be in the hunt for a state title.”

There will be 13 defending state champions from Montana at the meet, including a trio of three-time defending champs. Those are Bozeman’s Leif Schroeder (now at 138), Belgrade’s John Mears (170) and Frenchtown’s Jake Bibler (132). Lewistown junior Cooper Birdwell (126) is a two-time champ.

Eight of the 13 Jug Beck champions from last season are back this year. The in-state returners are Chagnon, Dyer, Bibler, Birdwell, Schroeder, Davis and DeRoche. Mead (Washington) senior Ben Voigtlaender (205) is the lone returning out-of-state winner.

A Missoula wrestler hasn’t won an individual title at the Jug Beck Rocky Mountain Classic since 2015, when Big Sky’s Luke Entzel secured his second straight title at 170 pounds. The last champ from host team Sentinel was heavyweight Jaydn Wilson in 2013.

Among Missoula wrestlers, Sentinel’s Bryson Danzinger (120) is 20-8 this season, while Justin Kovalicky (145) is 14-5. The Spartans also have junior Blake Jolma (138), who placed fifth at state last year.

Five club swim teams from Montana, including two from Missoula, will be competing in the Washington Open this week. The Missoula YMCA and the Missoula Aquatic Center are both sending 15 swimmers to the multi-state event that runs from Thursday through Sunday in Federal Way, Washington.

“It’s kind of the benchmark of our championship season,” YMCA coach Kirby Beierle said. “It’s the biggest competition our kids get to see throughout the year. That’s why we like it. It’s stiff competition.”

“My favorite things about this meet is it’ll start to build some confidence in our swimmers going into our championship season because they get a glimpse of what they’re going to be like at the end of the season when they get to go back for age-groups in a couple months," Beierle said. “This is kind of like a way more intense dry run for those meets because the numbers are so much bigger."

Beierle is expecting some season-best times for her swimmers who train at altitude and now get to swim at sea level.

“They’re able to breathe easier and end up feeling better in the water,” she said. “If everything goes as planned, they get best times. The recovery is quicker, too.”

No. 3 Missoula Sentinel and No. 1 Helena Capital will square off in a showdown of undefeated girls basketball teams Saturday in Helena.

Both teams are 7-0 overall and 3-0 in the Western AA. The Bruins upset then-No. 1 Missoula Hellgate, 51-45, this past Saturday in Helena.

Hellgate senior Isabella Seagrave has committed to swim at Div. I Long Island University, according to CollegeSwimming.com.

Seagrave was on Hellgate's 200 medley relay that won the state championship last year. She placed second in the 100-yard breaststroke.

The Missoula Freestyle Team will be hosting a regional moguls skiing competition Saturday and Sunday at Montana Snowbowl.

Skiers from ages 6 through 20 from around the Pacific Northwest will compete on Sunrise Bowl to earn points toward qualifying for junior nationals or nationals.