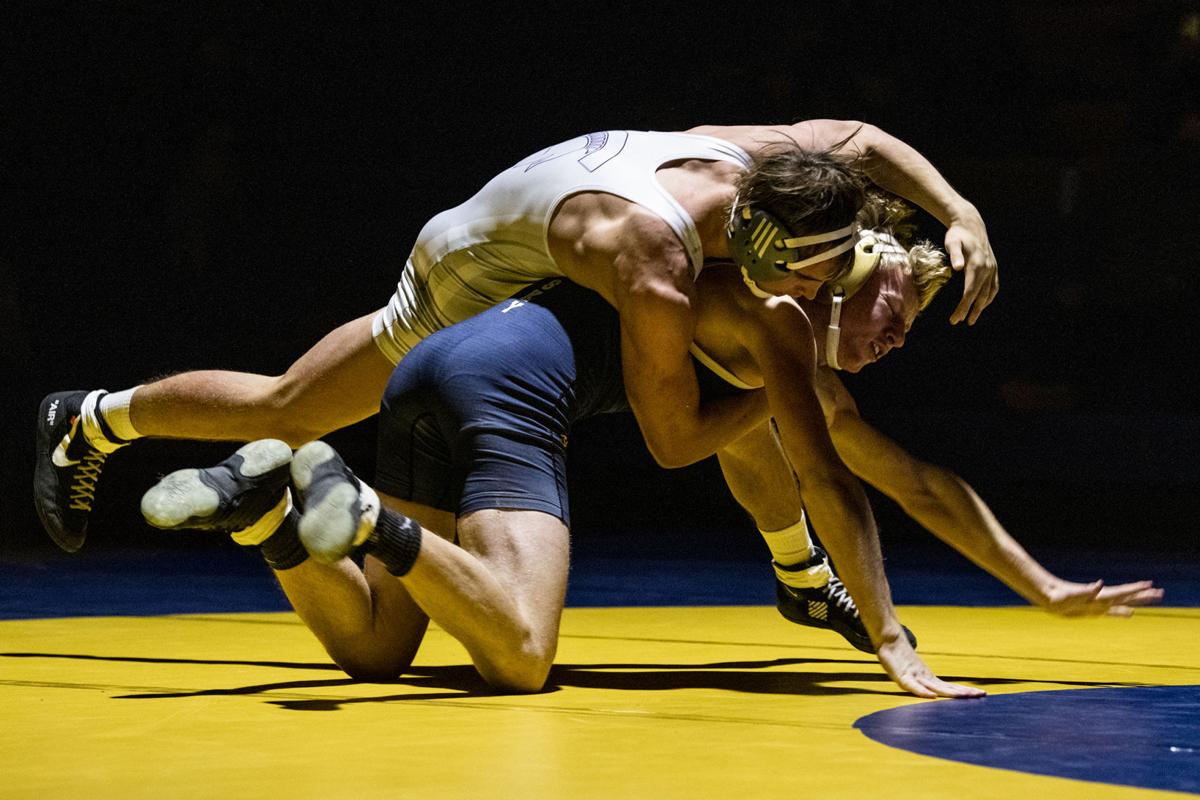 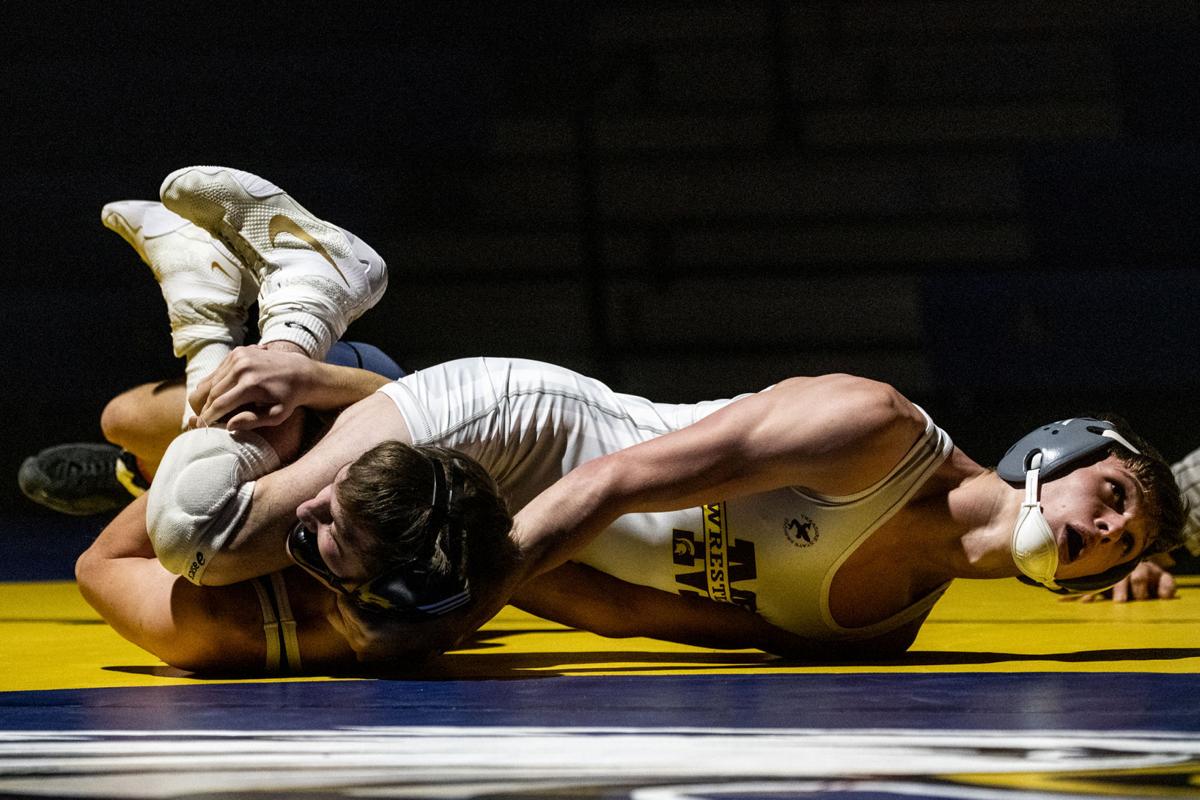 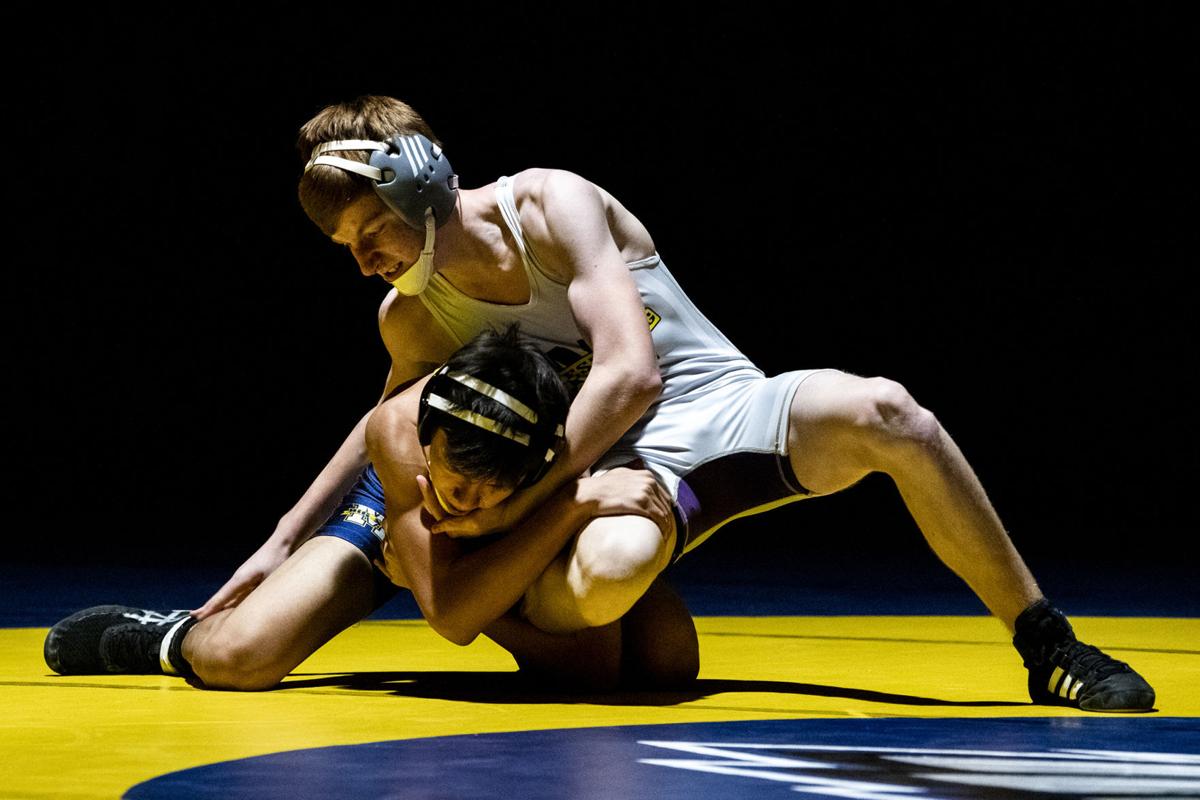 MISSOULA — Bryson Danzinger couldn’t wait to get back on the wrestling mat this winter.

The Missoula Sentinel senior had racked up more wins last year than his previous two seasons before a concussion forced him to pull out of the divisional tournament. That eliminated his shot to make a return trip to state and left him dejected after he had put in so much work.

“It sucked last year,” Danzinger plainly said after Sentinel began the season with an eye-opening 43-29 road victory over Missoula Big Sky on Tuesday.

“It was my best year so far, and I was excited for state, but unfortunately I had a concussion. Coming into this year, I got to work when I was all recovered. I’m all fired up and I’ve got a chip on my shoulder. I haven’t placed at state yet, and I feel like I deserve that spot up there.”

Danzinger, who took up mixed martial arts after he experienced disappointment at state his sophomore year, was one of eight Sentinel wrestlers to win in the 11 contested matches. Big Sky won two matches by forfeit in the dual that featured Sentinel pulling two upsets according to the Class AA preseason poll.

Danzinger started his push for state by pinning Isaac Ayers in 1:53 in an anticipated matchup in the 126-pound weight class. He wrestled at 120 last year and was ranked sixth at 126 in the preseason poll while Ayers was fourth.

Danzinger was one of his six Spartans to win by pin. His victory began a stretch of four wins in five matches as the Spartans turned an 18-16 deficit into a 37-23 lead.

“Coming out here and wrestling these guys and getting a win over Big Sky, it’s huge,” Danzinger said. “We didn’t think we’d have a season this year, so to make it happen, even though it’s different, it’s worth it.

"It’s my senior year. I’ve told myself I’m going to leave it all on the mat. That’s what I’m trying to do, and hopefully that leads to a state title.”

Sentinel got a clutch win in the 145-pound match when Jesse Horner upset Big Sky’s Carter Johnson, a two-time state placer ranked fifth in the preseason poll, by a 4-1 decision to give the Spartans a 31-23 lead. Blake Jolma secured the win in the next match at 152 pounds when he pinned Chris Dill in 55 seconds to give Sentinel an insurmountable 37-23 lead with two matches remaining.

“The expectation and the goal is always to win these matches,” Sentinel coach Jeremy LaPorte said of crosstown duals with Big Sky. “It’s always a little more escalated because it’s crosstown. Kids get excited for it, and maybe you win some matches you weren’t supposed to win. Our kids came out and our energy was high, and we won.”

Big Sky senior Hunter Meinzen won one of those matches that was an expected victory for the Eagles. The Oregon State commit began his quest for a third consecutive state title with a pin in 72 seconds at 160 pounds after moving up from 152 last year.

Meinzen’s win was one of three for Big Sky, not counting the wins by forfeit. The Eagles have to replace three now-graduated wrestlers who placed first, second and third at state last year.

“We’ve got a lot of work to do,” Meinzen offered. “We had a rough start today, but we’ll come back bigger, steadier and stronger. We’ll come out and you’ll see the real Big Sky team.”

Big Sky’s Ladence Running Crane also won, getting a pin at 120 pounds. The Eagles had fallen into an early 16-0 hole through three matches but were looking like they might win the second match until Hunter Curtis lost a 5-3 lead at 205 pounds by getting pinned in the final minute.

“We’re young, but there were matches we left out there,” Big Sky coach Rick Moreno said. “We just wrestled horrible, absolutely horrible. Our guys are better than that. We shouldn’t be shooting and getting pinned. There’s a couple guys who did their thing. So, it’s not all gloom and doom, but for the most part, we just didn’t do great. We’ve got a lot of work to do.”

Notes: The Class AA regular-season will feature 14 duals for each team, a home-and-away match against each of the other seven Western AA teams. … Big Sky added former Eagles wrestler Luke Entzel, a three-time state champion, to its coaching staff as an assistant this year after he wrapped up his wrestling career at Iowa State.

For one Missoula Sentinel wrestler, offseason MMA training is a chance to build on his grappling arsenal.