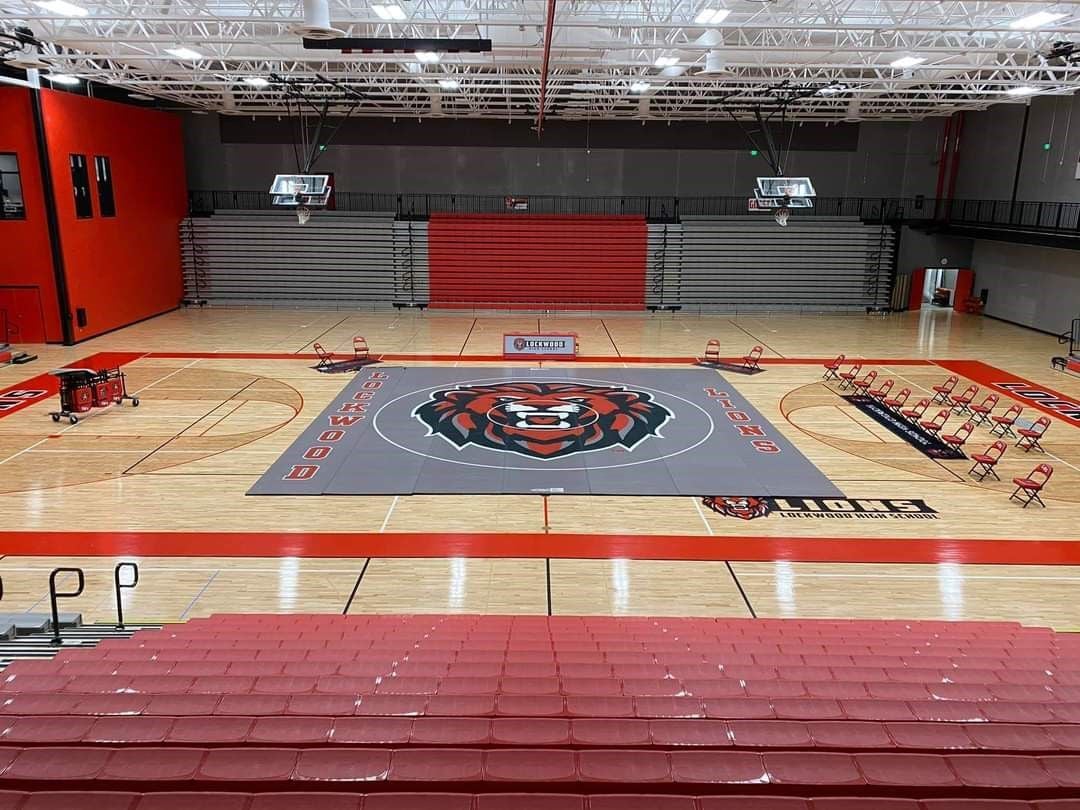 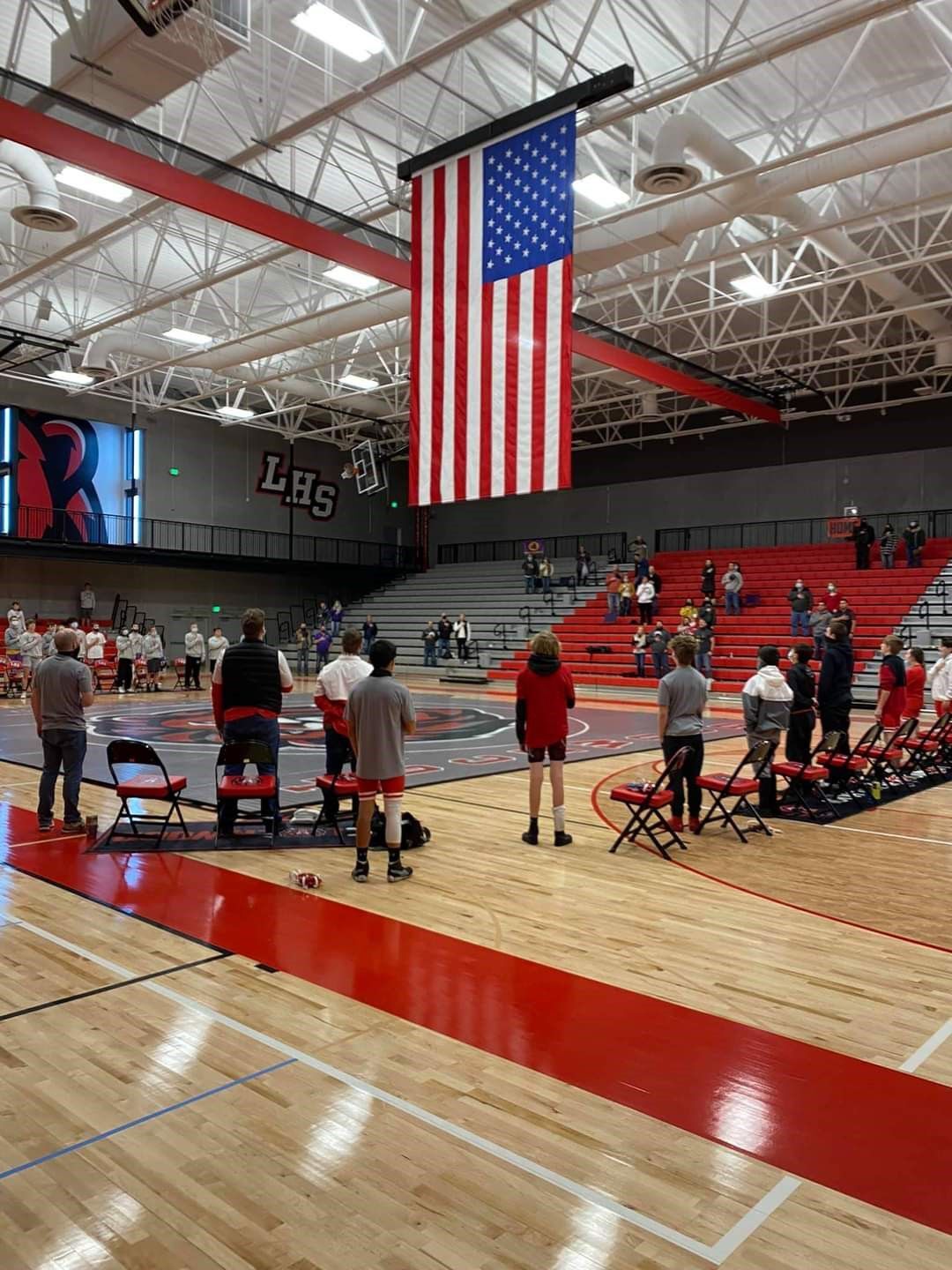 Lockwood High School hosted Laurel and Glendive in a wrestling triangular on Saturday. It was the first time the school has hosted high school wrestling matches. 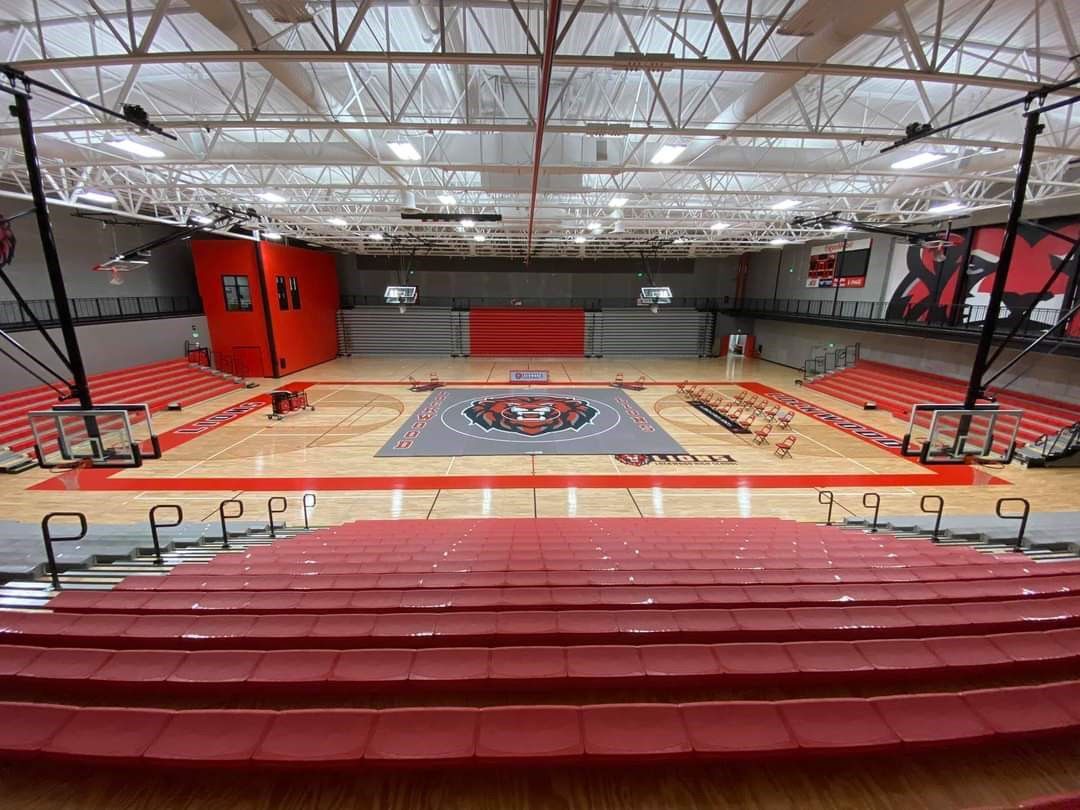 The Lockwood High School wrestling mat lines the floor of the school's brand-new gym on Saturday.

Lockwood High School hosted Laurel and Glendive in a wrestling triangular on Saturday. It was the first time the school has hosted high school wrestling matches.

The Lockwood High School wrestling mat lines the floor of the school's brand-new gym on Saturday.

BILLINGS — For the Lockwood Lions, Saturday was a day they’ll remember for a long time.

The Lions hosted a wrestling triangular with Laurel and Glendive at their new Lockwood High School gym.

It was the first time the second-year program has hosted a wrestling match.

And while the Lions fell to Laurel 60-15 and Glendive 24-20, Saturday was about more than just wins and losses. The improvement the wrestlers are making and the camaraderie and bond built while competing will be a lifelong memory.

“It’s a beautiful gym and for the kids to finally see their brand-new high school having an event like that, it was cool,” said Lions coach Beau Malia. “There were fans, the kids were really excited, and the wrestling is not just about winning. It’s about bringing the community together for people to actually see the new high school and gym.

“It is something these kids will always remember and say we got to wrestle the first time in that gymnasium, which is awesome.”

Lockwood started its program when a freshman academy opened last year and competes in Class A. This year the new high school opened and sophomores are also enrolled at the school.

All told, Lockwood has 11 wrestlers on this year’s team including one girl. Last year the Lions had five freshmen on the roster.

Three Lions qualified to wrestle at last year’s state tourney and all three are on this season’s squad.

“I have a couple kids who are new and a couple with a little background,” Malia said. “It’s a building process.”

In two years there will be all four class levels at Lockwood.

“It’s exciting,” Malia said. “For these kids, though we only have two grades going, freshmen and sophomores right now, it’s something these kids will get to look back on whether it’s in two or 20 years, and realize they were the start of something big out there.

“There is a lot of tradition at a lot of other schools but these kids are starting the tradition. It all kind of starts now.”

The Lions had eight wrestlers competing on Saturday. With the small roster, competing in duals can be a challenge. This year, most competitions are duals and some of the smaller schools are competing in mixers because of the COVID-19 pandemic. Teams are limited to two duals a day.

“With a dual format it’s kind of tricky,” Malia said. “I miss the tournaments and wrestling more than twice in a day.”

While it can be a challenge competing against some of the larger and more seasoned schools, Malia said “we have been making it work and it’s been an exciting year.”

Lockwood also tasted its first dual victory earlier this season when it defeated East Helena 36-30 in a dual. Only two actual matches were wrestled in the dual and Lockwood won both of them, said Malia. However, extra matches were held to get the wrestlers some competition.

Lions and Rams excited to test their skills, learn and improve.