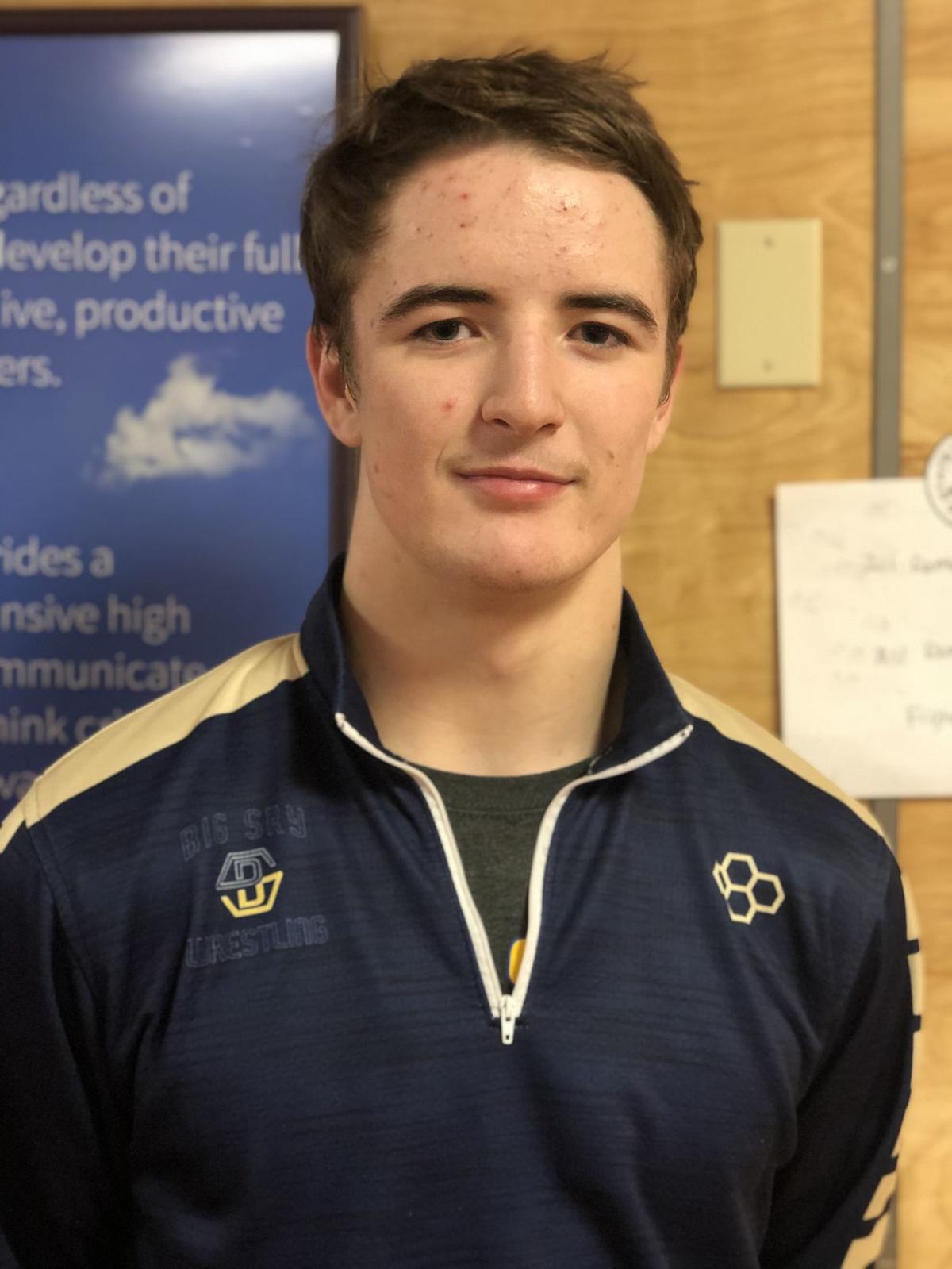 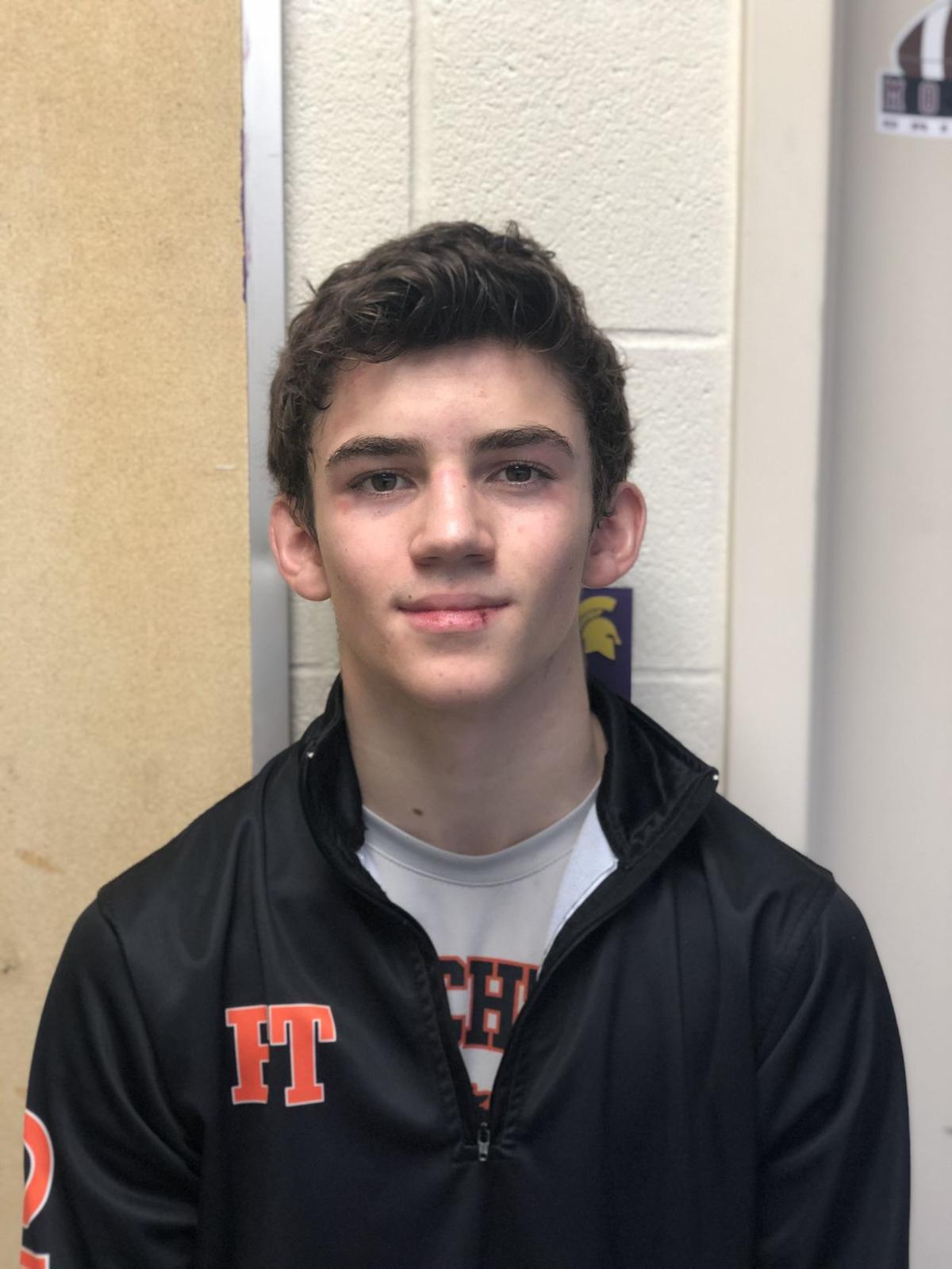 MISSOULA — Bridger Hall finished in fourth place at the State AA wrestling meet in 2019 but felt like he was still far away from accomplishing his goal of winning a state title.

After some deliberation, Hall decided to transfer from Hellgate to Big Sky, the perennial power in the city, for his senior season.

The move has paid off so far for Hall, who won the 170-pound title at the 30-team Jug Beck Rocky Mountain Classic on Saturday at Sentinel. He became the first wrestler from Missoula since 2015 to win a title at the tournament, while teammate Hunter Meinzen joined him as a champ later in the day.

“Going into my senior year, I really wanted a state title,” Hall said. “It was a tough decision to leave, but having a coach that’ll push me and partners around me that will help me get to where I want to be, that overall ended up being the right choice.”

Hall is off to a 29-5 start, which he credits to Moreno and his teammates helping him clean up his technique. It's been a bit of everything from hand, foot and hip positioning that he feels is helping him continue to grow as a wrestler.

“I thought I had a good work ethic at Hellgate, but I realized how much I was missing when I came here,” Hall said. “There’s a lot of little mistakes with technique that I was making that kept me from being that next level. Coach has definitely cleaned up my technique. It’s like unlimited resources to get better.”

Moreno saw Hall’s technique deficiencies when he’d watch his wrestlers face him in previous seasons. Now he’s able to work with Hall on a daily basis to make those corrections as soon as he sees something that needs to be addressed.

It’s those small details that Moreno thinks can take Hall over the top when he pairs those changes with his already strong scrambling skills, ability on the ground and cardio.

“Bridger has a great sense of where he’s at and what he needs to do to get better,” Moreno said. “He listens well. He takes instructions to heart. He makes those adjustments. I haven’t had to change much besides those small details. I think that’s what’s sparked for him.”

Hall avenged one of his losses when he beat Bo Dearcorn of Powell (Wyo.) in the semifinals of the Jug Beck after being pinned in their previous meeting. He followed with a 6-1 decision over Kalispell Flathead senior Tanner Russell in the championship match.

Hall’s win over Russell showed his growth again under Moreno. He lost big to Russell twice in previous seasons but has won four out of their five matches this year.

“Having wrestled him, I knew I had to be fast on my feet, not be flat-footed, be ready for his shots and be the aggressor,” Hall said. “That’s a big win towards the end of the season. I feel like I’m definitely peaking. I think the whole team is on the rise. I think I've got bigger things ahead of me.”

Big Sky junior Meinzen captured his first Jug Beck title and kept his undefeated season intact as he tries to repeat as a state champion.

Meinzen earned a 4-0 win over Seth Horton from Powell (Wyo.) in the 152-pound championship match. He had a first-period takedown and a second-period reversal for the lone points.

“I’ve wrestled that kid before, maybe a couple weekends ago, so I knew I had to go out there and push the pace, get to my shots and finish him,” Meinzen said. “I like how I’m wrestling right now.”

Meinzen improved his season record to 30-0 by going 5-0 at the tournament.

“I’d like to finish out the season undefeated,” he said. “Also would like to win the team state title.”

Frenchtown junior Landen Stewart hadn’t had a match go past the first period since before Christmas until this tournament. It was somewhat understandable this week as he was battling back from strep throat and wasn’t fully at 100%.

Stewart’s final three matches all reached the third period, and he pulled out the win in all three, capturing the 103-pound title and improving to 32-0. He scored a 6-3 decision in the championship match, leading throughout against Belgrade’s Colton Gutenberger after getting a takedown 41 seconds into the first round.

“I had a harder match at Butte because of the elevation, but all-around, that was probably my toughest match,” Stewart said. “I probably would have done better if I hadn’t had strep this past week. My overall wrestling ability is back at 100, but my gas tank is at about 75. I’m getting tired in the second period still. But I’m starting to come back.”

Stewart accomplished the second of his three preseason goals by winning the Jug Beck. He had already won the Tri-State title. The final goal is his first state title.

Stewart’s undefeated season can be credited in part to his growth. Instead of wrestling a few pounds underweight, he’s now around 103 and has to cut weight for the first time.

Great Falls won the team title for the first time since 2013, according to head coach Luis Carranza. The Bison scored 213 points, followed by Flathead with 198 and Mead, Washington, with 180.

“It was great to have our kids step up,” Carranza said. “We got down early and got into some tough situations, so for them to battle back is a step in the right direction for this team. It’s great to win here before state.”

Great Falls’ Elijah Davis scored a 4-3 win over Capital’s Zane McCormick in the 205-pound final. Teammate Ethan DeRoche won the 285-pound title by forfeit. It was the second consecutive Jug Beck title for both wrestlers.

“My strategy here was go out and prove I’m No. 1 in the state, like I’m supposed to be here,” Kovick said. “I was really good with my legs on top. I got a few turns. I got it done on my feet quite a bit. I got a few good throws. I just flowed.

Kovick’s title win came after an 8-3 decision in the semifinals, his closest match at the tournament. He has just two losses this year as he chases a state title.

“Winning here kind of sets the pace for me for state,” Kovick said. “There’s no point in stopping now.”

Glacier’s Teegan Vasquez rallied for a 10-9 win over Belgrade’s Carter Schmidt in the 113-pound final.

Flathead’s Fin Nadeau toughed out a 5-4 win over Bozeman’s Brock Rodrigues for the 145-pound title in the final match of the day.