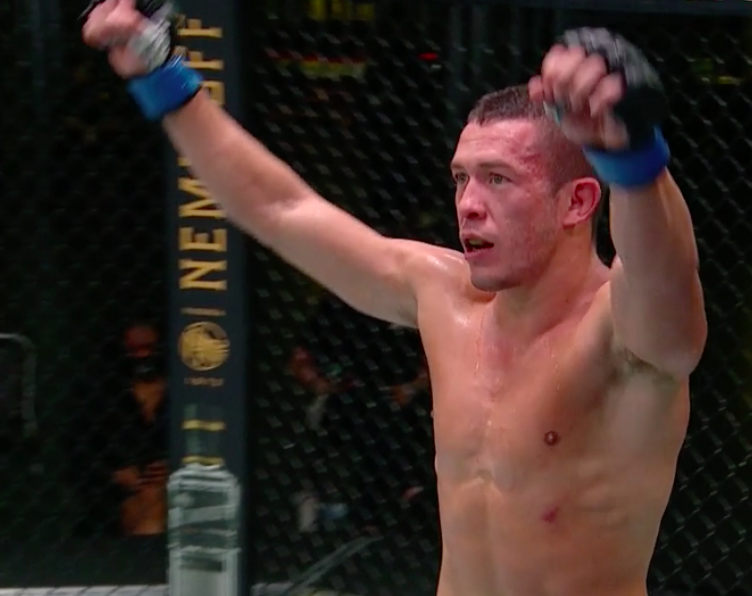 Hunter Azure celebrates his victory over Cole Smith on Saturday at UFC Vegas 9. 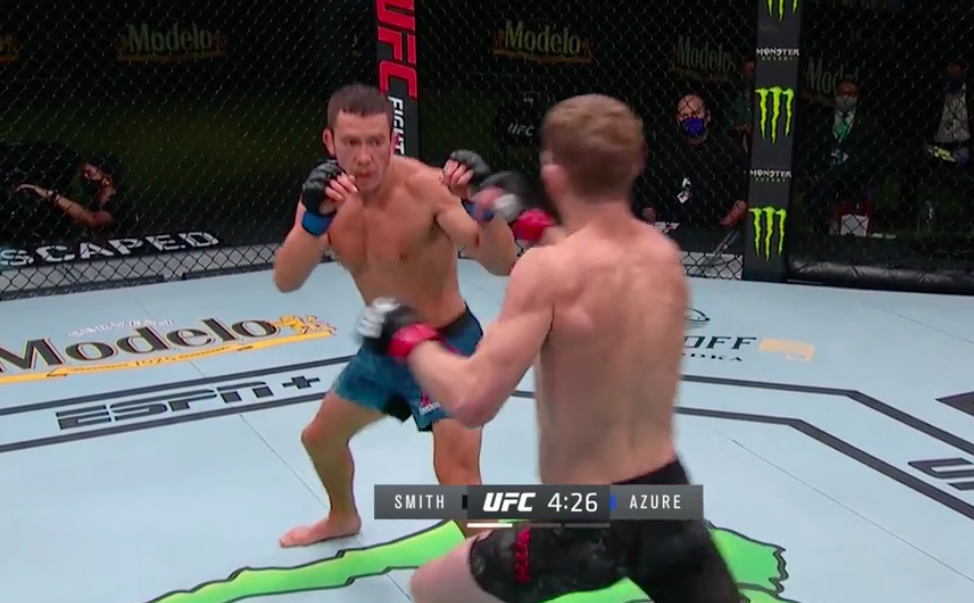 Hunter Azure, left, fights Cole Smith in the first round of their bout at UFC Vegas 9 on Saturday. 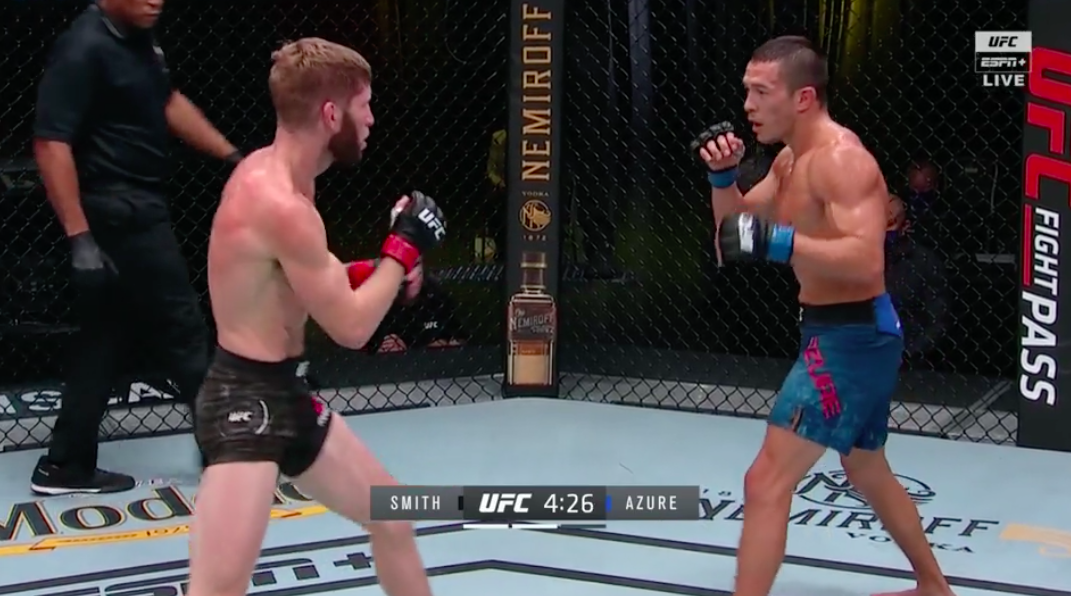 Hunter Azure, left, fights Cole Smith in the second round of their bout at UFC Vegas 9 on Saturday.

Hunter Azure celebrates his victory over Cole Smith on Saturday at UFC Vegas 9.

Hunter Azure, left, fights Cole Smith in the first round of their bout at UFC Vegas 9 on Saturday.

Hunter Azure, left, fights Cole Smith in the second round of their bout at UFC Vegas 9 on Saturday.

The official result was 29-28 in the three-round bantamweight bout at UFC Apex in Las Vegas. Azure won both the first and second rounds with scores of 10-9.

Azure, 28, improved to 9-1 in his MMA career and 2-1 in the UFC. Saturday's win comes about five months after Azure was knocked out by Brian Kelleher and almost a year after the Poplar High graduate beat Brad Katona in his UFC debut.

In the post-fight interview on ESPN+ Saturday, Azure said the victory over Smith "wasn't my best performance," but he'll happily take the result.

"That felt great," Azure said. "My main focus was to get back into the win column."

Azure recorded the lone knockdown at the 3:30 mark of the first round. He followed up a right-footed kick to Smith's left leg with a strong one-two punch.

Azure earned four Class B individual state wrestling titles in his Poplar career and wrestled at Montana State-Northern. Wrestling was a big part of Saturday's game plan, he said in the post-fight interview, and it paid off, as the nearly five-minute control time margin indicates.

"I needed to add more wrestling and let my hands go," Azure said. "I felt like I could’ve mixed it better."

Fatigue was another small issue for Azure. While his cardio "felt great," he told ESPN, his arms felt tired after the fight ended.

"I might’ve just been using them too much, trying to pull on his legs," Azure said. "He was long and lengthy, a little scrambly and squiggly.

Azure and Smith were originally scheduled to fight in the preliminary card of the UFC Fight Night event, which had a main card featuring heavyweights Alistair Overeem and Augusto Sakai, but two bouts were canceled due to positive COVID-19 tests, the UFC announced. As a result, the Azure-Smith fight moved into one seven-bout main card.

Poplar's Hunter Azure to fight at UFC event on Sept. 5

Hunter Azure's third UFC fight will take place in Las Vegas against a fellow bantamweight with a nearly identical record.