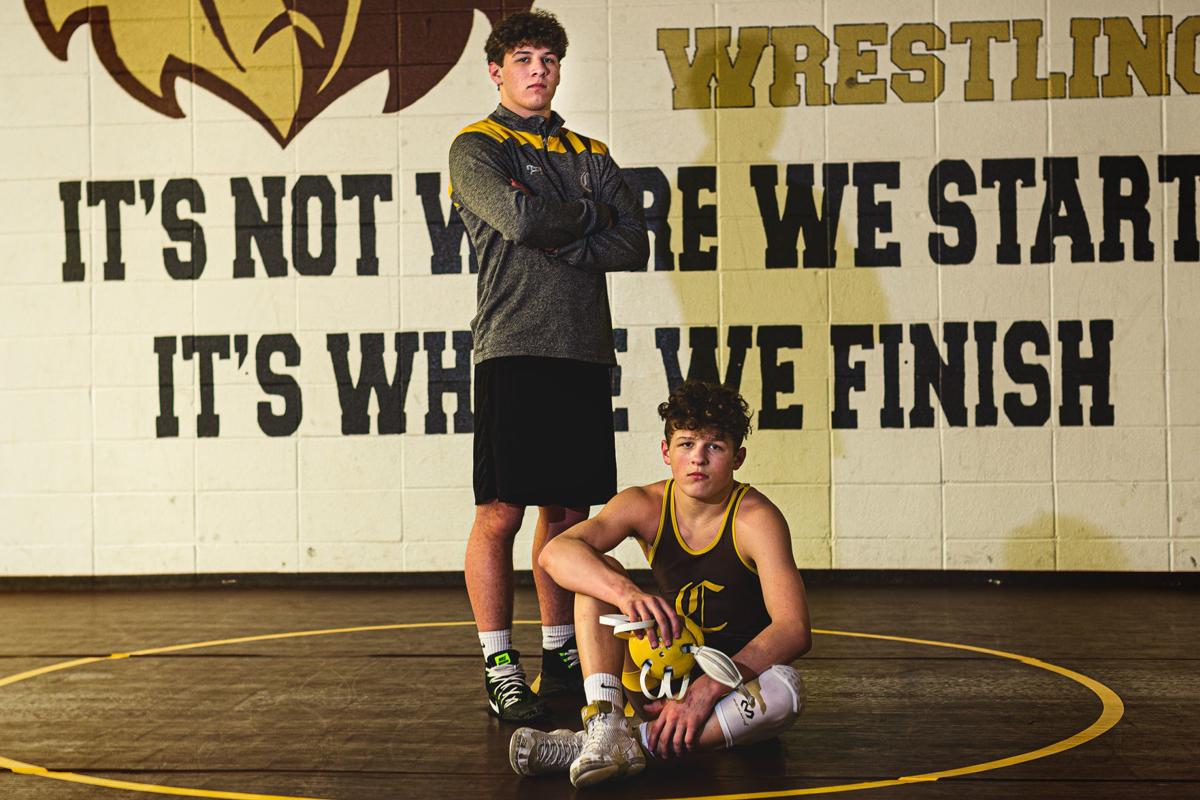 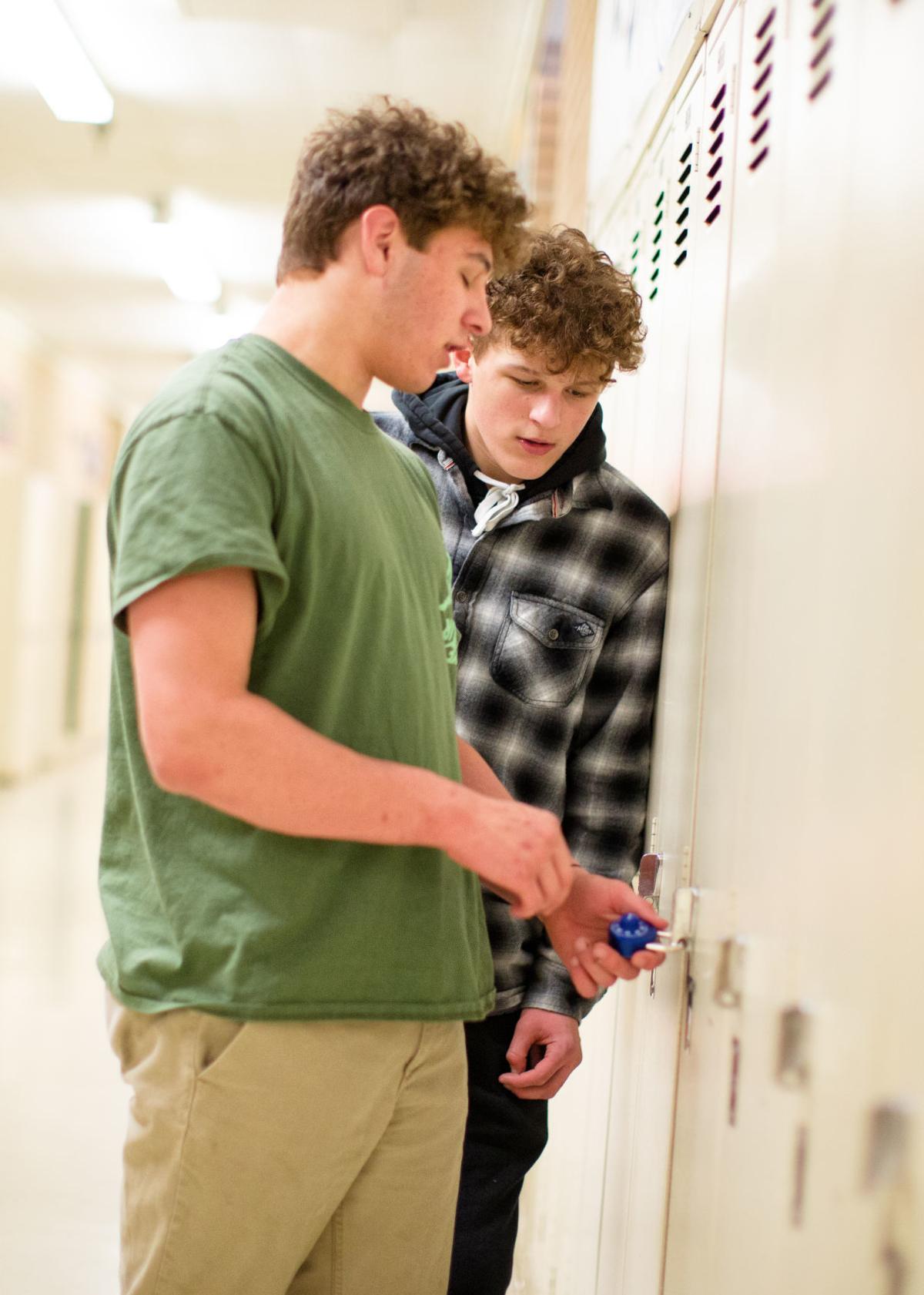 HELENA — Wrestling isn't a sport for everybody. But from the moment Noah and Conner Kovick stepped onto the mat, it was a perfect fit.

Of course, two brothers wrestling isn't new and more often than not, it's picked up at a young age. Yet, when the Kovicks were introduced at the ages of five and three, they were hooked — instantly.

"Wrestling is all we did," older brother Noah said. "We never played any other sports growing up."

"I'm not really sure, I am just kind of good at it I guess," Conner added. "And I just never looked back. I just really like to do it."

Wrestling is a unique sport and as Capital head coach Jeff Mahana points out, it's not easy.

"Especially not when you have to go out in a singlet and there are a lot of people looking at you," Mahana said. "You need to have a lot of really strong character to do it."

Character is one thing and talent is another, yet to excel in wrestling, a mental edge is also needed and for Noah, that came this season.

"Wrestling is such a mental game and confidence is huge," Mahana said. "The power of your mind is amazing and for Noah to win the Tom LeProwse, that started to solidify it in his mind. I think it goes back to the Holiday Classic. He ended up losing in overtime and he came off that match, thinking, 'I should win, I know that I can.'"

The next month, at the prestigious Jug Beck, he proved it, winning the 182-pound title against a challenging field that featured wrestlers from not just Montana, but Idaho, Wyoming and Washington.

"That was definitely one of my biggest wins in the state of Montana," Noah said. "And to tech fall my kid in the finals, it just felt great to know I was dominant out there."

That mindset and the drive to never settle is part of what sets him apart from the competition.

"I want people to know that I work harder than them," Noah said of his penchant for tech falls. "So I like to do that. I like to try and push my gas tank for the state tournament, because that's the ultimate goal, to win a state title."

During the past two seasons at Helena Capital, that hard work is starting to pay off.

But it didn't come easy and after making the All-Class State Wrestling Tournament as a freshman, Noah didn't make much noise. However, in defeat, a lesson was learned.

"At the Metra, there are a lot of people and I didn't wrestle well," Noah said. "I was intimidated, but over the years, I have learned you just have to go in there and get done what you need to get done."

Last year, as a sophomore, Noah did that, until the semifinals, when he was defeated by Jace Rhodes of Billings West, who went on to win the state championship in Class AA at 170 pounds.

He settled for third with three pins and a 4-1 record. But that loss, has left the junior wanting more.

"It killed me to wake up every day knowing I was that close to a state title and didn't get it done," Noah said. "So this summer, outside of two weeks, I was all over wrestling, trying to get better."

The desire to constantly improve is something Noah passed along to his brother Conner, who is chasing his own dreams of competing at state next weekend in Billings.

"That would be amazing," Conner said of qualifying for state. "That's what I have been hoping for is to reach state and try to place."

For the past two years, Conner has watched Noah from the stands at the Metra, but if he earns a top-8 finish at the Western AA seeding tournament this weekend in Helena, he will be on the floor with him, as a competitor.

"I know that he's going to make state," Noah said of Conner. "I know he will. He needs to get a good seed to place but he's a stud so I know he'll do it."

The Kovicks are in different weight classes, however, when Noah was a freshman, he was about the same size as Conner is now.

"When Noah was a freshman, he was 132 pounds," Capital coach Jeff Mahana said. "Now, he's 182 and he has grown up quite a bit with that. He has always had the tools and he's willing to come and do the work on the mat everyday. But the mental component is huge and this year he has found a way to turn the corner."

"He just knows that he has has spent more time than anyone else has on this," Mahana added. "And he knows he's the man now."

Conner is hoping to take that next step like his brother and seeing him on the mat, the similarity is striking.

At least on the outside.

"They look very similar but they have two starkly different personalities," Said Mahana, who happens to be their neighbor as well as head coach. "Conner is your stereotypical video gamer. I have him in class he's very extroverted, super loud, he's kind of a goof ball and Noah is much more reserved, much more quiet."

On the mat though, their mentality is as similar as their curly hair.

"They approach competition very similar," Mahana said. "They both refuse to lose and really have high expectations for themselves, so it's been fun to see the difference between the two of them."

Those expectations have also been hard to manage, especially for Conner, who is a freshman this year and is also trying to get through a season healthy for the first time since middle school.

"Just about every year since sixth grade he has had a broken bone of some sort," Mahana said. "He's had an ankle, a shoulder, he has always had something that hung him up. He spent a lot of time as a younger kid competing and now he's starting to learn his body."

But as with most freshman, the younger Kovick has lost more than he's used to.

"Oh yea," Conner said. "It's a lot harder than I thought. It kind of gets you down, but at the same time, when you win those big matches, it brings you back up."

Helping Conner manage the ups and downs, is Noah.

"I feel like I am the most honest person with him (Conner)," Noah said. "If he wrestles bad, I'm the first one to let him know.

"At the start of the year it was a little frustrating when he was just coming back," Noah added. "But he's starting to get better. He's picking it all back up and that's really enjoyable to watch."

The two brothers, have also enjoyed their time together this season.

"It's been great," Noah said. "Growing up, we went everywhere and we did something together every weekend and we didn't get to do that my freshman and sophomore year. We used to work out and warm up together and that was something I missed."

If all goes to plan this weekend at the seeding tournament hosted by Helena High Saturday (11 a.m.), the Kovicks will be warming up together next Feb. 13, on the floor of the Metra, at the All-Class state tournament.

"We warm up for everything together, even though I am much bigger than him," Noah said. "State is intimidating, but I think if I am there to help him warm up, he will be ready to go."

While reaching state and eventually the podium is the goal for Conner, the stakes are much higher for Noah who is 21-2 and the top-ranked 182-pounder in Class AA.

For him, with just two chances remaining in his high school career, the next two weeks are all about one thing—winning a state championship.

"It's all I can think about," Noah said. "My freshman year, I didn't do very well. My sophomore year, I got beat out in the semis, so this year, I just have to get it done."

For the Capital wrestling team, there was no better way to cap off senior night than with a win over Helena High or a pin by Zane McCormick.