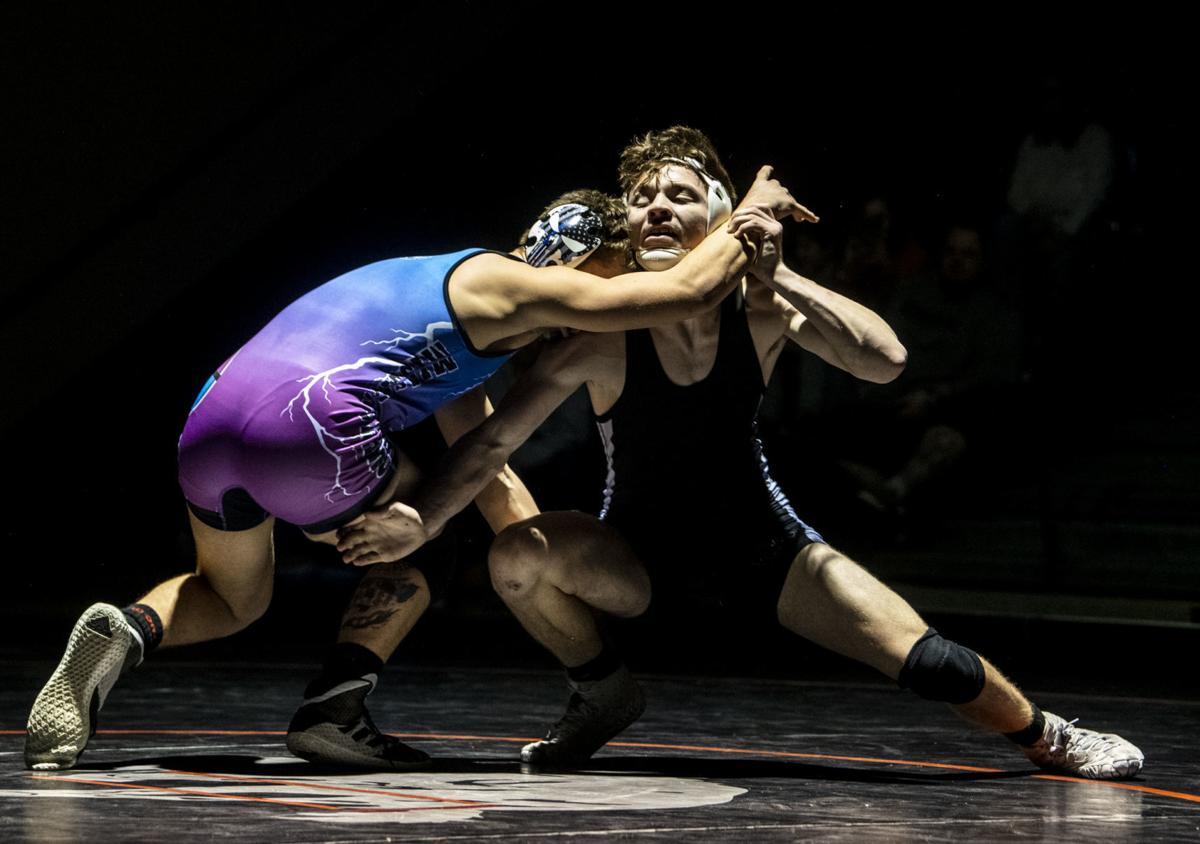 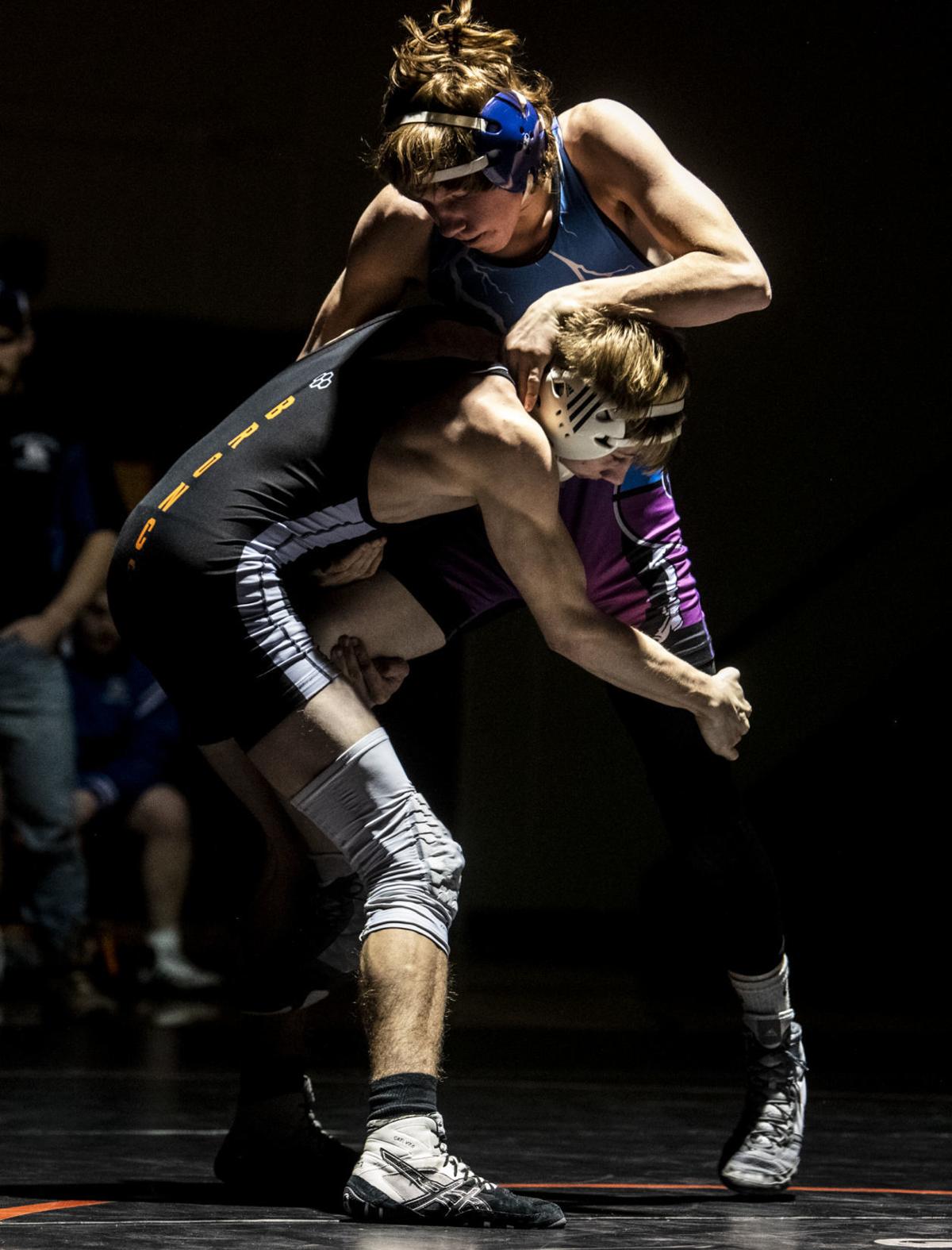 FRENCHTOWN — Jake Bibler is pretty tough, even by wrestling standards.

Battling through a collarbone injury he suffered in late December, doctors told the Frenchtown 132-pound three-time state champion that he could continue to compete if the pain was not too much. The decision did not take long for the senior.

“It’s been pretty tough. I’ve been using the shoulder (brace) to help me for practice and everything,” Bibler said following Frenchtown’s 64-6 win over Mission-Charlo on Tuesday night in a home dual. “The doctor said it’s not gonna get better, but said if I can wrestle with it I can wrestle with it.”

He added: “Wrestling is pretty important to me. I really wanna be a four-timer.”

If Bibler wins a state title this season, he will be the first four-time state champion for the Broncs. That would mean a lot to the school and Bibler, but his toughness has made an impression on his teammates and coaches as well.

Bibler has wrestled twice since suffering the injury and pinned his opponents in both matches. The first an exhibition against Lake City’s Nate Garner on Jan. 15 and then again on Tuesday night in 1:14 against Mission-Charlo’s Walker Murphy.

“It’s funny, you watch the high-level kids and the demeanor they have and the way they compete, it’s not normal. We talk about it all the time in our room,” Frenchtown head coach Jesse Long said. “There’s wrestlers and there’s normal people. You can choose to be one or the other, you don’t get to be both … They’re not normal kids.

"This is something they live for and they’re going to put up with a lot of pain to be able to compete.”

Long expects Bibler to grab a few matches at this weekend’s upcoming Class A Duals tournament in Livingston this weekend, but does not want him to have too much time on the mat. Bibler will need to be as healthy as possible for the Western A Divisional meet in Ronan come early February.

“He’s a tough kid. Not very many people can do what he’s doing right now,” Long said. “Hopefully we get him a little bit more experience on the mat before the end of the season and we’ll see.”

On Tuesday night, it was a stampede by the Broncs from the first bout. Isaac Stewart pinned Mission-Charlo’s Kody Dilliard in 0:38 and Nicholai Blanchard and Bibler record falls at 113 and 126, with Frenchtown winning the 113 pound bout by forfeit.

Frenchtown’s John Warner (138), Smokey Stoker (145), Peyton Hicks (152) and Noah Rausch (160) all recorded falls for the Broncs as well. It was a strong showing for the Broncs and exactly what their coach wanted to see.

“Our philosophy when you wrestle practice and matches are for pinning people so we really don’t get out there and spending time we don’t need on the mat,” Long said. “We want to go out and pin people and get off the mat. It was nice to see to see our kids compete that have been out for a while. It was a normal day.”

Isaiah Alik was the lone winner for Mission-Charlo, pinning Ayden Markovich with a slick move 25 seconds into the match. Frenchtown’s Tate Jones downed Miles Anderson via 10-2 major decision in the final bout of the night at 205 pounds.

The heavyweight matchup was a double forfeit.