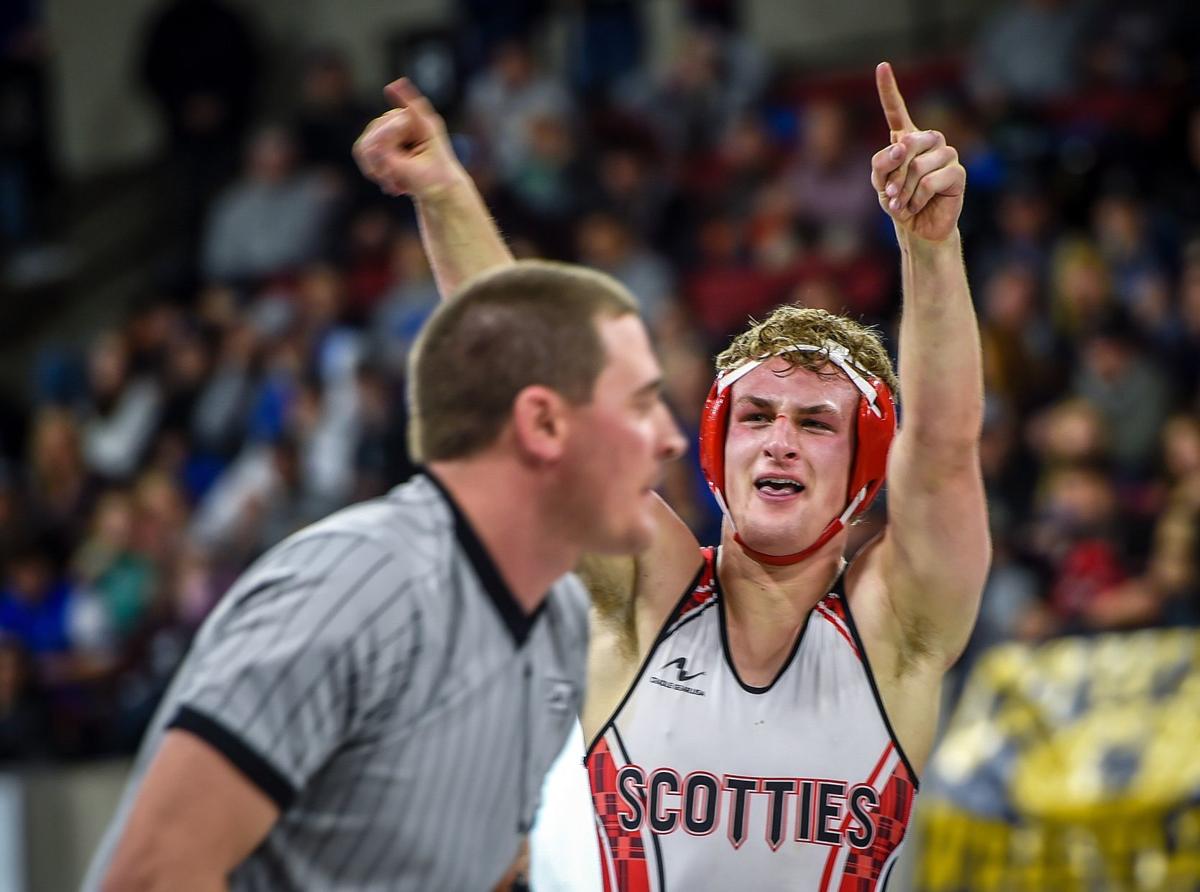 Glasgow's Dylan Nieskens won the 170-pound State B-C championship last year at Metra. He returns this year for his junior season and is top-ranked in the classification's most recent rankings. 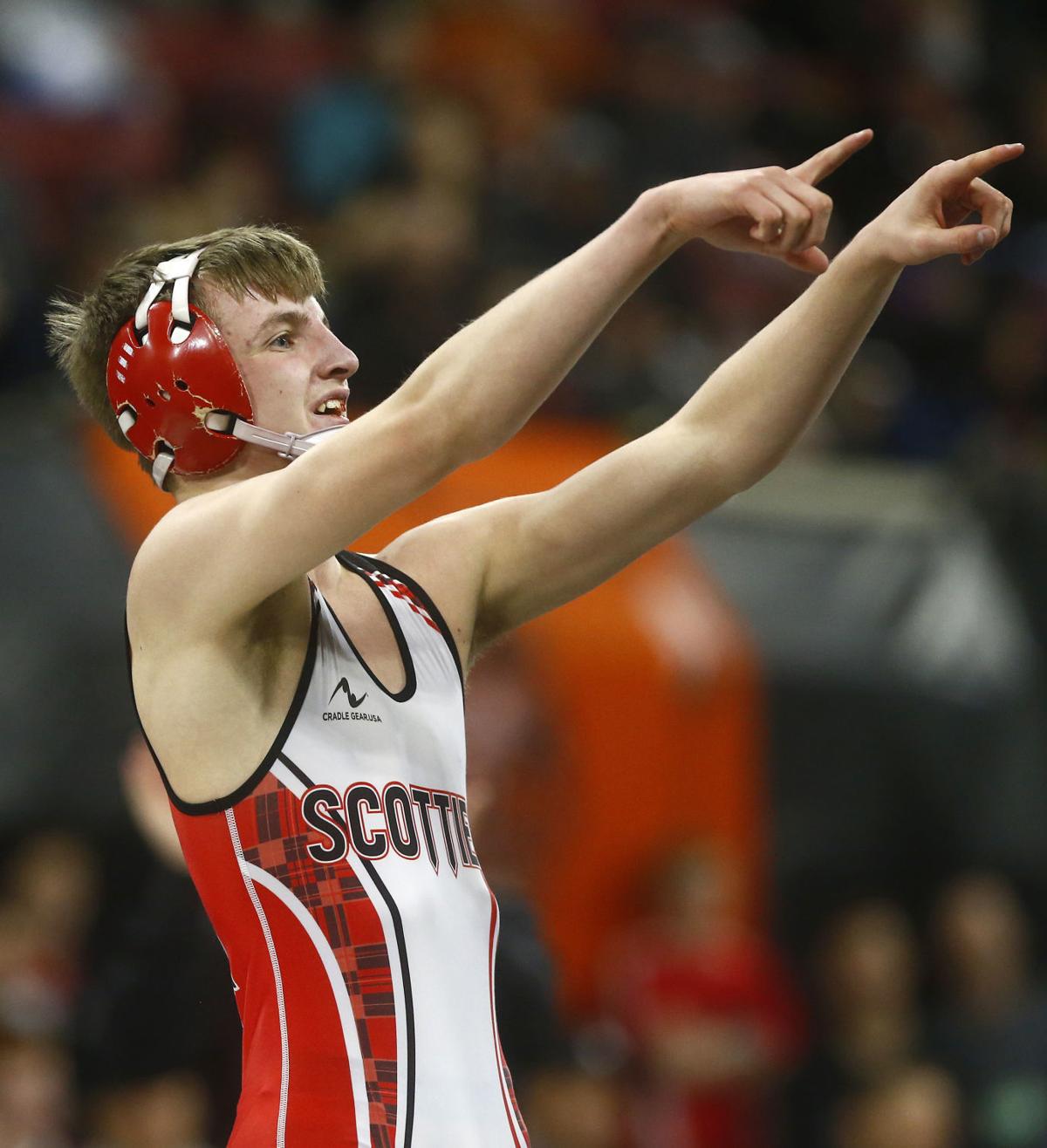 Colten Fast of Glasgow was last year's 126-pound State B-C champion. Fast is a junior this season and is the No. 1 ranked wrestler in this week's Class B-C rankings. 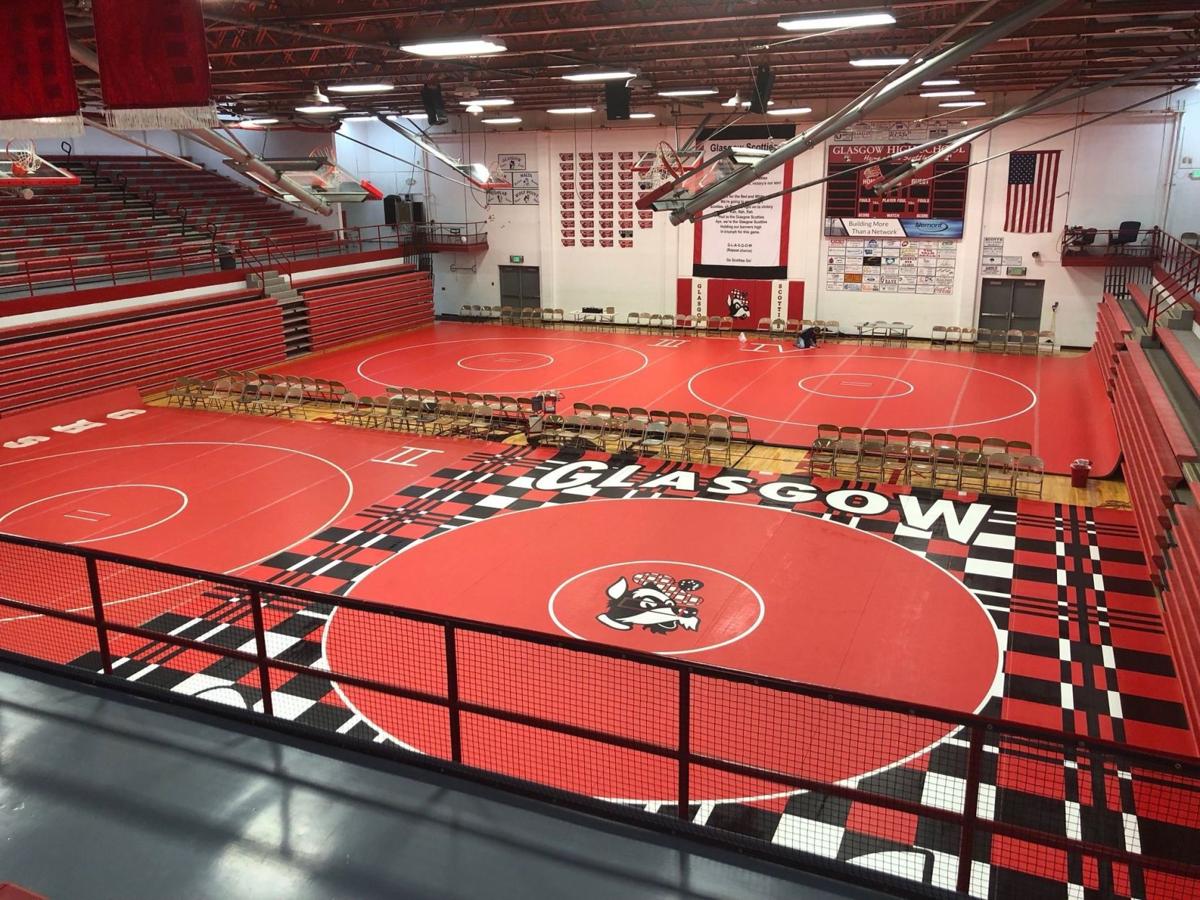 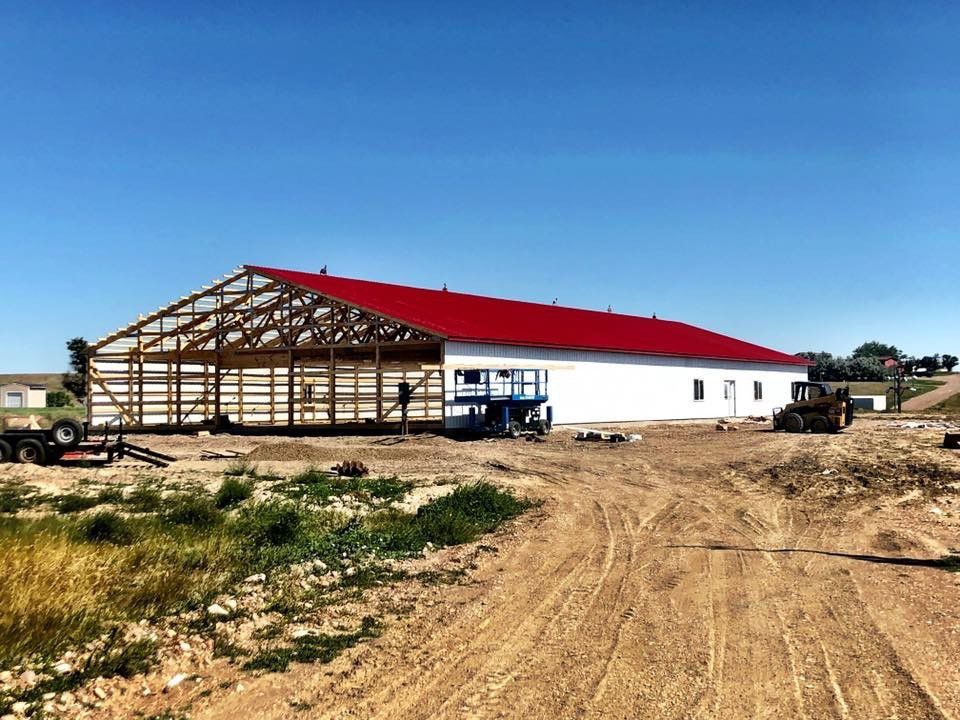 Work started on the Glasgow Wrestling Center this summer. 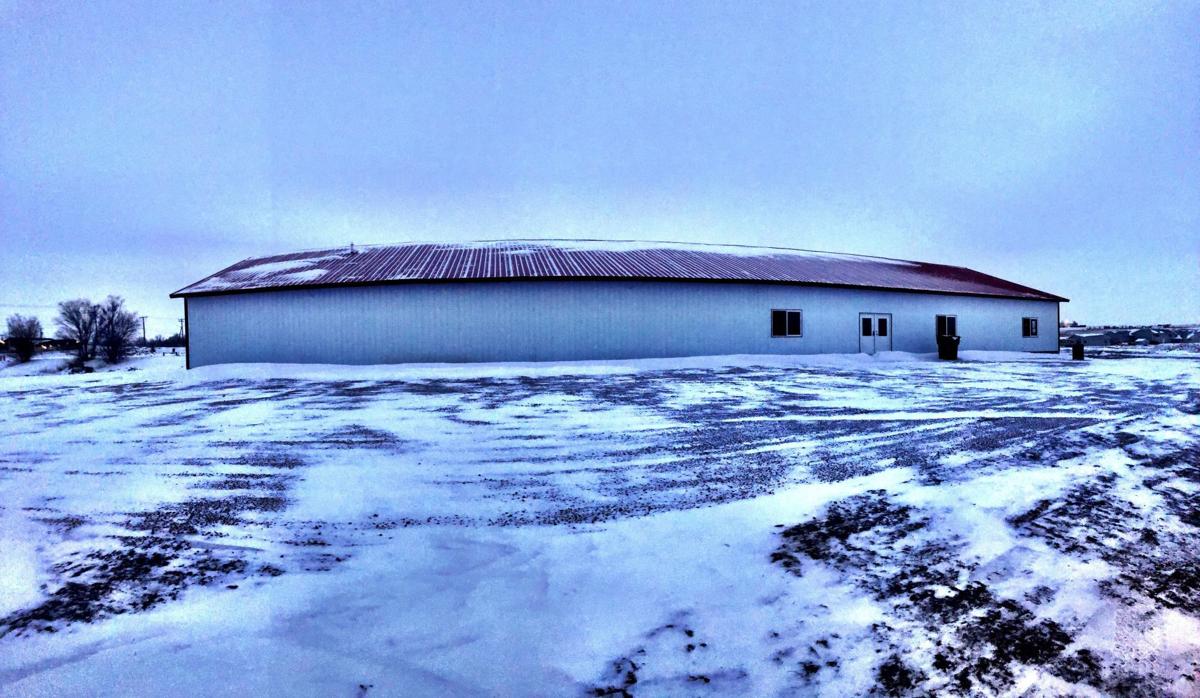 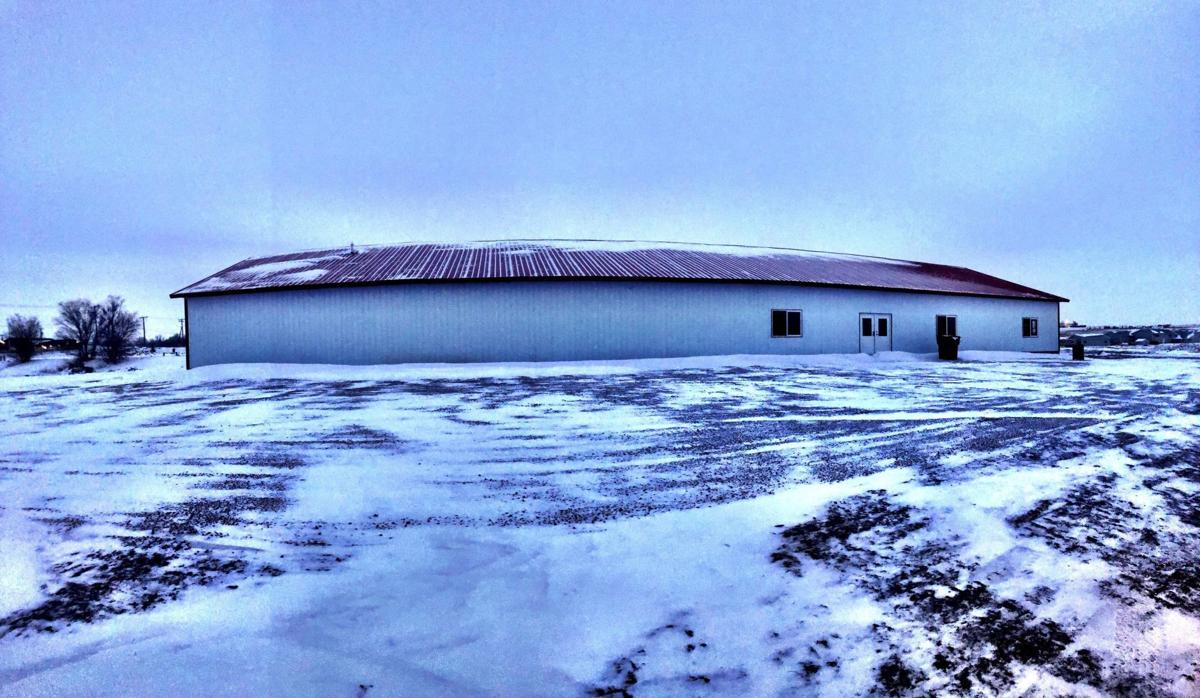 The 60x150 foot Glasgow Wrestling Center will have enough room inside for the floor to be lined with three 42x42 foot mats.

Glasgow's Dylan Nieskens won the 170-pound State B-C championship last year at Metra. He returns this year for his junior season and is top-ranked in the classification's most recent rankings.

Colten Fast of Glasgow was last year's 126-pound State B-C champion. Fast is a junior this season and is the No. 1 ranked wrestler in this week's Class B-C rankings.

Work started on the Glasgow Wrestling Center this summer.

The 60x150 foot Glasgow Wrestling Center will have enough room inside for the floor to be lined with three 42x42 foot mats.

BILLINGS — Wrestling has a rich tradition in Glasgow.

The Scotties have captured 12 state wrestling championships over the years with their last coming in 2010 as they concluded a run of four straight State B-C titles.

Last year at the state tournament, Glasgow placed second in Class B to Colstrip, 233-130, as the Colts claimed their second straight team trophy.

This year, the top-ranked Scotties have four returning state placers back, led by state champions Colten Fast and Dylan Nieskens. Fast won the State B-C title at 126 pounds last year and Nieskens was the champ at 170. Both Fast and Nieskens are juniors. Fast is competing at 132 pounds this year and Nieskens at 170.

The Scotties were first in the Class B wrestling rankings released on Wednesday, while St. Ignatius-Charlo was second and Huntley Project third.

“I have a handful of other kids who were right there and looking to place high and get on the podium,” said Glasgow coach Jory Casterline. “They are capable of big things.”

Jake Meiers (126) is the other of the Scotties’ two seniors and is expected to have a solid season. Sophomore Kyler Hallock (160), junior Cooper Larson (205) and junior Ty Kittleson (170/182) are other promising wrestlers on the team.

Overall, Glasgow has 17 wrestlers out and Casterline feels some of the younger athletes will also develop as the season progresses.

The Glasgow wrestlers will have a chance to showcase their skills in front of the hometown fans this weekend as the 24th Annual Scottie Wrestling Invitational is held on Friday and Saturday at the Glasgow High School Gymnasium.

On Friday, a dual and mixer format is scheduled with eight rounds of duals on three mats. Individual matches will be held in a mixer format on the fourth mat. Matches will start at 12:30 p.m.

On Saturday, the invitational starts at 9 a.m. and continuous wrestling will occur until the finals begin in the late afternoon/early evening.

The finals will be held on one mat under a light. Casterline said the light is a permanent fixture in the Glasgow gym and is comprised of two units with three bulbs on each unit.

“It’s kind of what we do to promote the sport,” he said. “Our gym for years we’ve had the mat light and we lower them and shut out the gym lights. It’s a unique experience for the wrestler. It really showcases the sport and especially the finals.”

Casterline said he expects a good crowd and the Scotties enjoy hosting the tourney.

“Our kids always look forward to be able to wrestle at home,” he said. “That’s one of the great things. We might have two home duals, we don’t get a lot of wrestling at home. To be able to wrestle in our gym under the lights and not be traveling, our kids really enjoy that.”

The Glasgow Wrestling Center, a 60 x 150 foot metal structure white and red building, is nearing completion. When done, three 42 x 42 foot red and white mats running side by side will line the floor.

Casterline, who is a board member for the Glasgow Wrestling Club, said the club hopes to practice in the new building in January.

While the structure has long been in the planning phases, work began on the facility this past summer. It will also have male and female locker rooms, a utility room with a washer and dryer, mechanical room and a boardroom/coaches room.

“It’s nice. It’s going to have the wrestling room and has three or four big windows. The parents can be in the lobby and the coaches and wrestlers in the room,” Casterline said, noting plans call for curtains that can divide the room to accommodate different age groups of wrestlers practicing at the same time.

Casterline explained that over the years the club has practiced at different schools but with 80 to 100 members, it was time for a permanent home. Youth tournaments in Glasgow will still be held at Glasgow High School.

“It’s just strictly a practice facility,” he said. “It will be nice, we can use it year-round.”

“A lot of volunteers from the club,” said Casterline of those who contributed. “We are working a lot of weekends and our local contractors are jumping in there.”