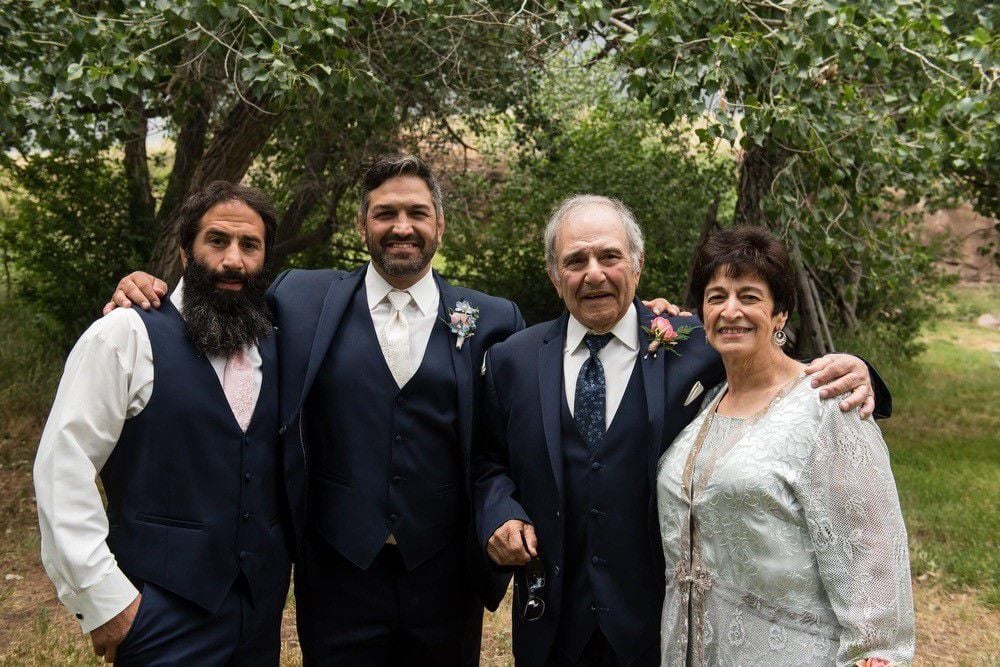 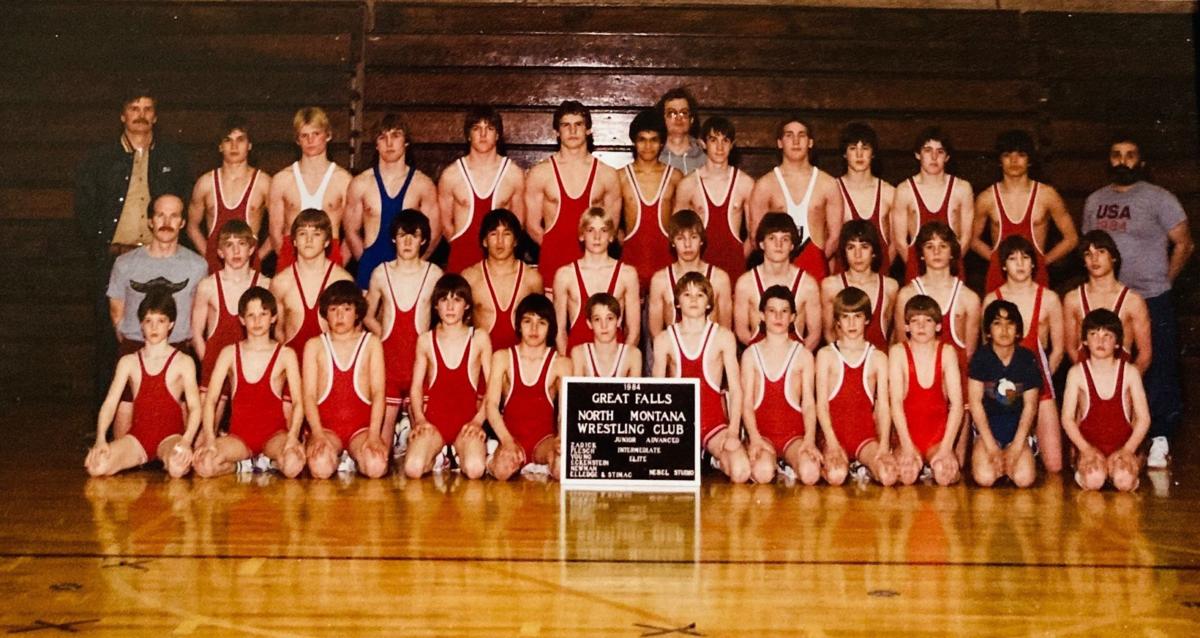 Bob Zadick, who passed away on Saturday at age 80, coached the North Montana Wrestling Club for many years. Here the team is pictured in 1984. Zadick is pictured on the far right. 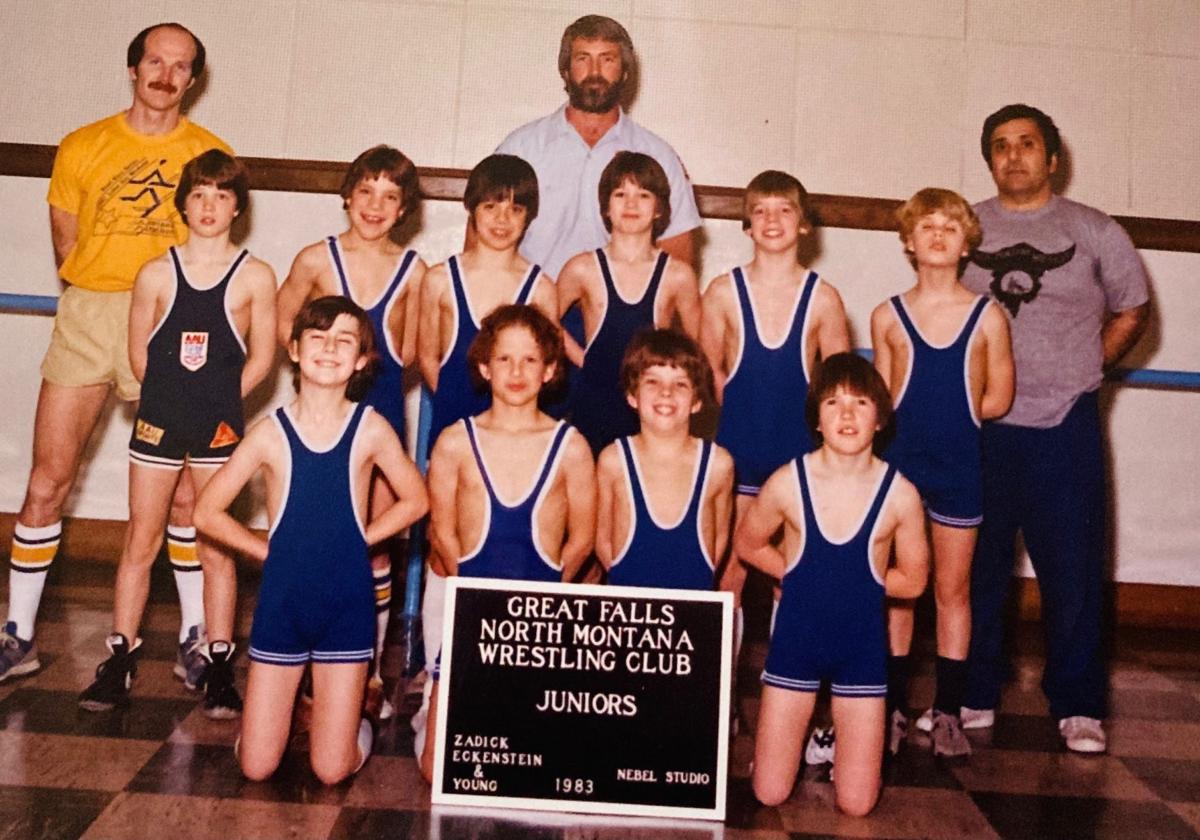 Members of the North Montana Wrestling Club are pictured in 1983. Coach Bob Zadick is on the far right. 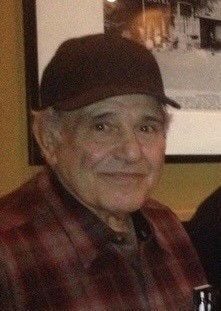 Bob Zadick, who passed away on Saturday at age 80, coached the North Montana Wrestling Club for many years. Here the team is pictured in 1984. Zadick is pictured on the far right.

Members of the North Montana Wrestling Club are pictured in 1983. Coach Bob Zadick is on the far right.

BILLINGS — Bob Zadick, the father of legendary Montana wrestlers Bill and Mike Zadick and one of the state’s biggest wrestling enthusiasts, died Saturday at age 80.

Zadick was known throughout the Treasure State and beyond for his contributions to wrestling. He often was seen at tournaments at all levels.

Bill and Mike were both four-time State AA champions for the Great Falls Bison and went on to All-American careers at Iowa and international success.

“Bob has never left a wrestling arena if he could help it,” remembered Steve Komac, University of Providence wrestling coach and former Great Falls mentor. “Bob was bound to show up at a state contest at any city in the state, it didn’t matter where it was.

“Bob was a wrestling coach and a family man. You couldn’t be involved in Montana wrestling without working with Bob and coaching with Bob in one regard or another. What I had no idea about 20 years ago when my family and I moved to Great Falls, I had no idea how big of a wrestling leader Bob was and how inspirational he would be to me and my family.”

Zadick was the head coach of the North Montana Wrestling Club beginning in 1981 and led the club for many years.

Kalispell Flathead coach Jeff Thompson, who grew up in Great Falls and wrestled for the North Montana Club, said it would have been hard to keep Zadick away from the annual Montana High School Association state wrestling tournament at First Interstate Arena at MetraPark.

“I think he probably never missed a single one,” Thompson, also a friend of the Zadick family, said. “Later on in his life, it was a little more challenging to be involved. He was always working a state table. It was a reunion for him to see all of his wrestling family.

For Bob Zadick, family was very important. He was married to his wife, Toni, for 57 years, according to an obituary on the O’Connor Funeral Home website. Bob and Toni had four children: Terri, Bill, MaryAnn and Mike.

“He was a good man, colorful and very intense, but just a good person in his heart,” said former Butte wrestling coach Jim Street, a friend of Zadick’s for many years. “He worked hard with everything he did. We got along very well, even though we competed against each other, Great Falls vs. Butte, and so forth. His kids and sons were a big part of my life. I followed them all over the country and part of that is because of Bob and Toni.

“His kids are all great. They are good people.”

Thompson echoed Street in saying that family was important to Zadick.

“Family was most important, absolutely. Toni was his rock, she was just incredible,” Thompson said. “Family first, that was his philosophy. What is cool is all of us other boys, we became just a part of that.”

And while Bill, who is now the United States National Freestyle head coach, and Mike, who has been a collegiate assistant coach, were wrestling at collegiate and international events, their father was cheering them on.

“He went to the Olympics when Mike was in there, the world championships for both the boys,” Thompson said. “He went to all their duals in college. He didn’t miss anything.”

Thompson said that he began wrestling at 8 years old. He would go on to become a three-time State AA champion and wrestle at Minnesota and was second at Junior Nationals as a senior with Zadick as his coach.

Part of what helped Thompson get to where he is today was Zadick’s mentorship. Thompson said there are countless others who also benefited from wrestling due to Zadick.

“He saw something in me that I didn’t see. I just thought wrestling practice was somewhere you went for a great time for an hour and to play with your buddies,” Thompson said. “He saw something more in me. He took me in and did that with so many boys and did that and turned us boys into men. He would bring in guys like Tom and Terry Brands and all these big-name guys and brought them in to train with us.

“I feel really blessed and had an incredible opportunity through him. He pushed us so hard, way beyond our comfort zone, but did so in a way where we felt invincible. You just bought in and believed in anything he told you. He cared for so many of us just like his own sons. I was one weight class above Bill Zadick and got to be Bill’s workout partner and that helped me open some doors and wrestle at the University of Minnesota and I’m still in this crazy sport at 48 because of him.”

Zadick will be remembered for his passion for wrestling — “he was a grizzly bear on the outside, but a teddy bear on the inside,” said Thompson — and wanting the best for people.

Street and Zadick coached together several times when preparing Montana teams for the Junior Nationals.

According to Zadick’s obituary, a rosary and vigil is at 7 p.m. Wednesday at Holy Spirit Catholic Church in Great Falls. His funeral is at 10 a.m. Thursday at the church.

Those wishing to may donate to the Bob Zadick Wrestling Memorial Fund at Prairie Mountain Bank, 1019 7th Street South, 59405, in Great Falls.

There are less than 40 wrestlers who have been four-time state champions in Montana.