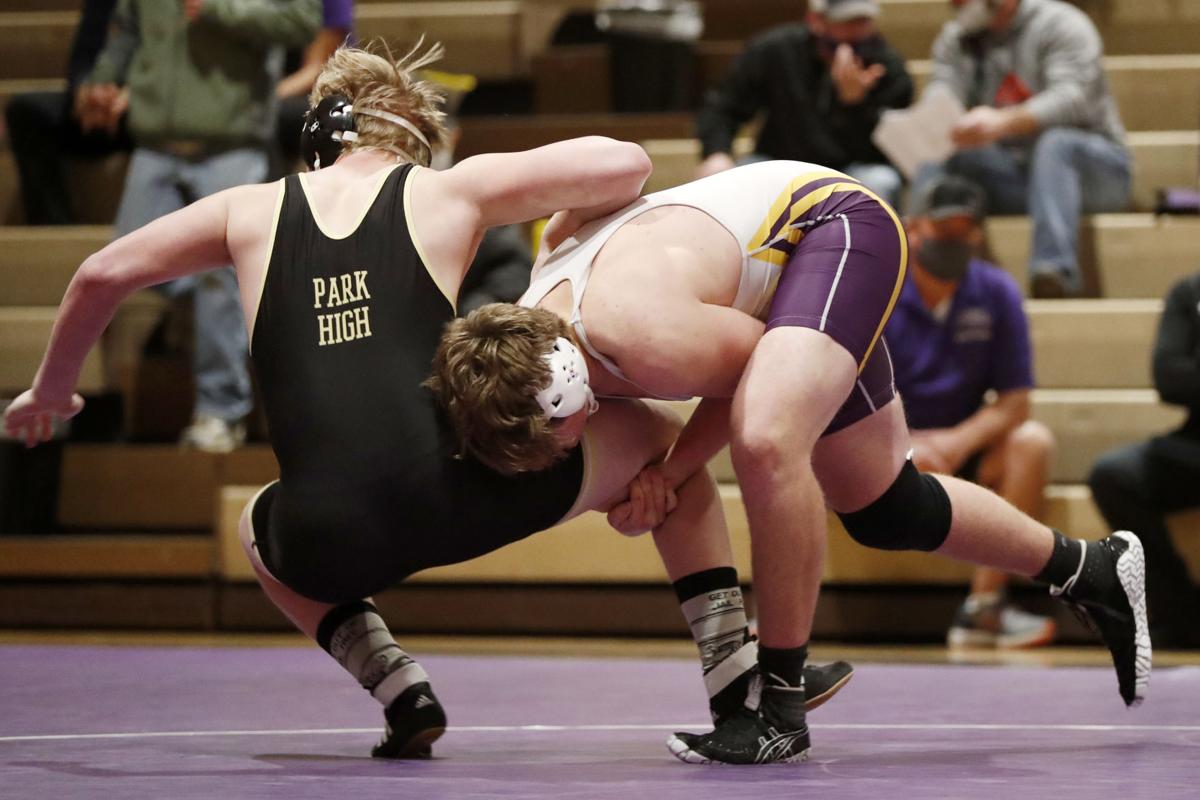 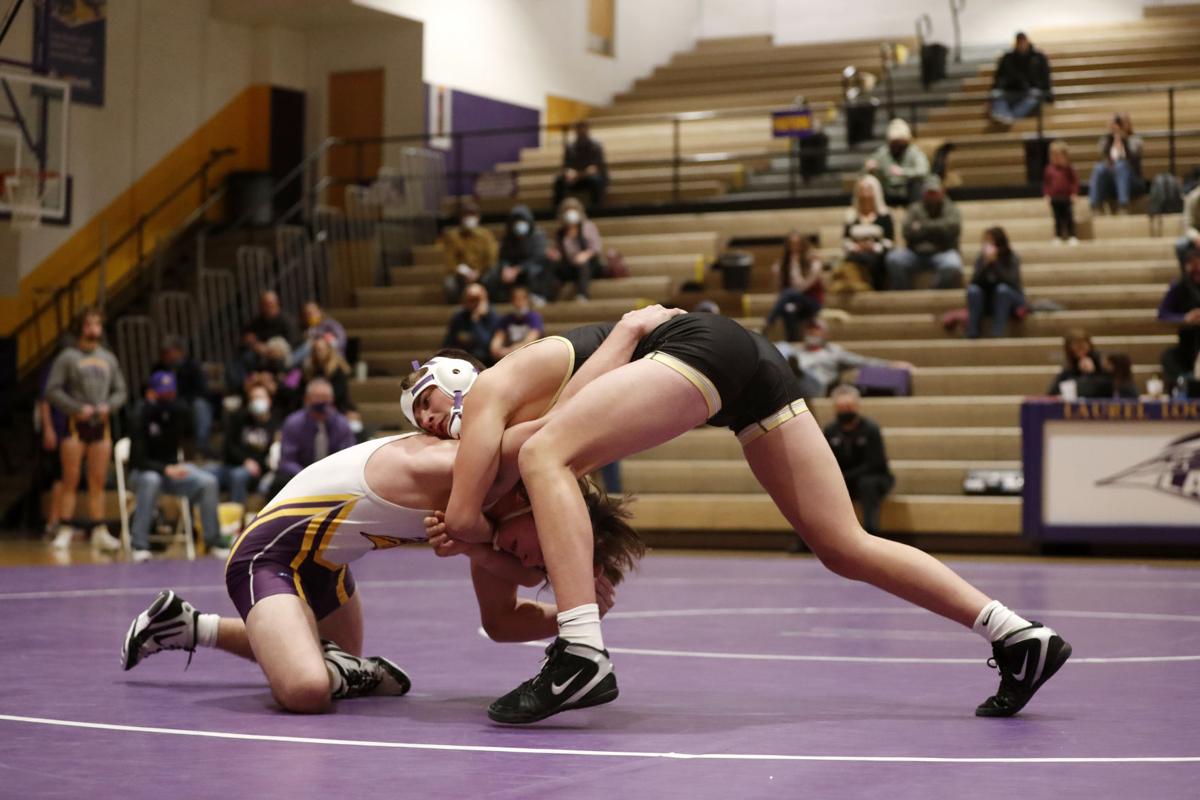 Senior Connor Ulschak (205 pounds) and freshman Ashton Ulschak (120) both won by pin in their season-opening matches against Livingston-Big Timber as the Locomotives prevailed, 39-36.

The Locomotives hosted a season-opening triangular on Saturday as Lewistown and Livingston-Big Timber also competed at the Laurel gym.

“I’m excited about this year. There is a lot ahead,” Ashton, who also won by fall against Lewistown, said. “I just have to keep getting better and better.

“It was the last match, we gave up four forfeits and we gave up 24 points. We needed a pin to win there,” Connor said of his clutch performance.

This year is special for the brothers as they are once again teammates.

“It’s kind of cool to be wrestling with my brother,” Ashton said. “It’s the first time since I was a fifth grader we’ve been on the same team. I’ll get to be able to wrestle with him before he goes to college.”

“I’ve hardly watched him wrestle the last four years,” offered Connor. “Now I get to give him pointers during matches.”

Ashton, who also won by fall at 120 pounds in a 39-27 setback to Lewistown, is hoping he can be standing among the top six state placers at this year’s State A wrestling tourney.

“I need to work on neutral, a little bit on my shot and a little on my defense,” he said. “If I can do that, I’ll do pretty good.”

Connor was an offensive tackle on Laurel’s State A championship football team. He said there are five or six football players who are upperclassmen on this year’s wrestling team.

This year, Connor is working toward a top-three individual finish at the state tournament. Laurel placed fifth at last year’s state tourney and Connor believes the team can finish in the top three this year “as long as everyone stays healthy.”

Last year the team, which uses Livingston's nickname of the "Rangers," finished ninth at the State A tourney, and according to Hahn, it was the first time Livingston has placed in the top 10 in many years (according to the MHSA archives, Livingston was ninth in 1999).

“Last year was a breakout year for us,” he said, noting the team also performed well at the Class A duals with a sixth-place finish.

Hahn, who grew up in Pennsylvania, said approximately half of the team’s 19-person roster is from Big Timber.

“That community is very supportive and fired up about wrestling,” he said. “Our two communities together make a pretty good wrestling team.”

Hahn said that this year’s team is excited to compete. He said the program is working toward becoming a top-five team at state in the future.

“We are definitely taking steps and would like to be a top-five team,” he said. “That’s our goal.”

Lewistown, which also beat Livingston-Big Timber 47-21 on Saturday to finish the day 2-0, placed sixth at last year’s State A tourney.

While the Eagles will miss being able to compete in tournaments during the regular season because of the scheduled dual format to help in social distancing during the ongoing coronavirus pandemic, DeCock said the Eagles should do quite well in duals.

“Normally we don’t have a full lineup, but this year we are pretty close and that will be nice for us,” he said. “If there is a year to do duals, it’s this one.”

As the season starts, each Laurel student-athlete competing in a winter sport will be allowed four family members to watch at home games, said athletic director Dom Vergara.

Visiting teams at Laurel will also be allowed four family members per student-athlete.

When Laurel is on the road, the attendance policy will be that of the host team.

Laurel also asks those in attendance to wear face coverings, and hand sanitizing stations are available for use. Pink dots are on the bleachers, marking where spectators can sit so they are practicing social distancing.

"Coop" thankful to have an opportunity to chase a fourth individual state championship this year.